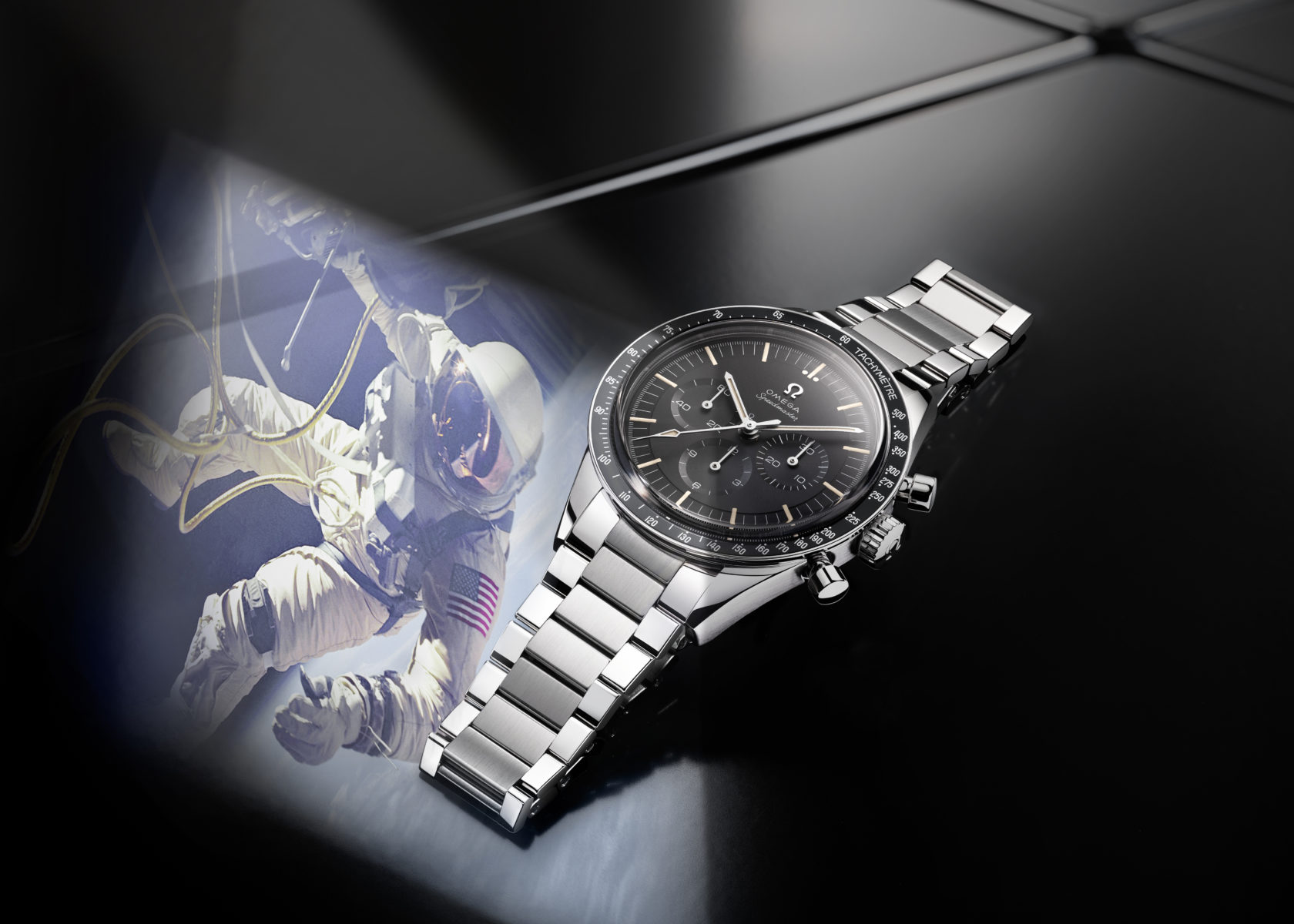 Its movement has not been in production for over 50 years.

In July 51 years ago, astronauts from the Apollo 11 made their historic moon landing wearing Omega’s Speedmaster. To commemorate the occasion, the Swiss brand has recreated that timepiece with an updated version of its original movement not seen in decades.

Now available to wear grounded on Earth, the Omega Speedmaster Moonwatch 321 Stainless Steel has a streamlined design with a 39.70 mm case crafted from its namesake stainless steel. Its silhouette, though true to the first incarnation of the watch, also bears the influence of the Speedmaster’s third generation model worn during the first spacewalk in 1965.

The design includes a bezel ring in polished black ceramic with a tachymeter scale in white enamel, as well as the iconic “Dot over Ninety.” Gracing the black step dial are the familiar Moonwatch hands along with a vintage Omega logo. Though beautifully constructed and executed, the real showstopper may just be what lies inside the gleaming metal exterior.

The release comes during the 51st anniversary of the Apollo moon landing. Courtesy of OMEGA

The 321 caliber movement has been out of production for over 50 years, and it took a full two of extensive research to bring it back to life. Omega’s team––composed of historians, developers and top watchmakers––went so far as to use tomography, a digital scanning method, to see inside the true Speedmaster worn by astronaut Eugene “Gene” Cernan during the Apollo 17 mission in 1972. Each of the new movements is faithfully recreated to the authentic dimensions and specifications of the original and assembled within a dedicated 321 workshop.

First used by Omega from 1949 until 1968, it remains a favourite of the brand’s collectors, something attributable to the balance achieved between its look and function. But it’s the functionality that made the 321 a legend. It passed all of NASA’s most rigorous tests as the agency tried to learn which timepiece was tough and reliable enough to earn its place on a space flight. The Speedmaster qualified for all manned missions in 1965 and was subsequently part of the Mercury, Gemini and Apollo programs. That’s plenty good enough for us.

Head over to the brand’s website to learn more and make one of them your own for approx. $19,700.