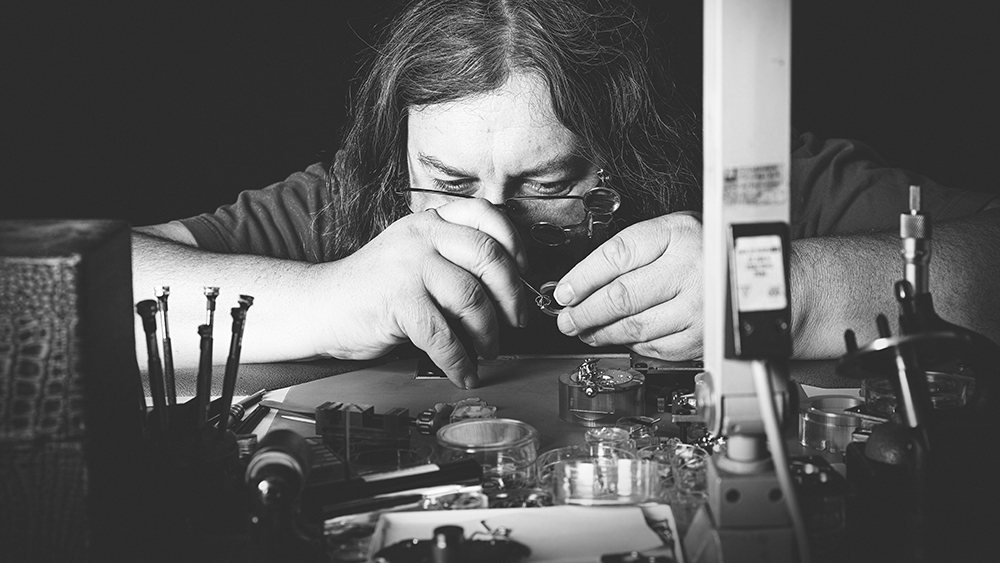 Meet One Of The World’s Most In-Demand Watchmakers

Despite being shaded from the limelight, this behind-the-scenes force is responsible for some of the world’s finest timepieces.

“Half of my watchmaking is traditional . . . with a little bit of a development,” says Eric Coudray, chuckling at his headquarters at TEC Ebauches, in Vallorbe, Switzerland, as he describes his watchmaking style. It’s a comical understatement: Coudray’s techniques may be closer to those of the 19th century, but his mechanisms are such wildly imaginative modern masterpieces they’ve solidified him as one of the most important watchmakers of his generation.

And you’ve likely never heard of him. That’s because Coudray works behind the scenes for just a handful of the world’s most exclusive brands. While most of his work is closely guarded—it’s been said that inside his workshop you can find components for some of the greatest names in watchmaking—Coudray allows a few companies, including indies like MB&F and Purnell, and the more mainstream Jaeger-LeCoultre, to use his name.

Like many of today’s top watchmakers, Coudray began his career learning to restore antique watches at a school at the International Museum of Watchmaking in La Chaux-de-Fonds. But it was at Jaeger-LeCoultre, where he spent nearly two decades (and where he and MB&F founder Max Büsser were colleagues), that one of his greatest achievements was born.

When Jaeger-LeCoultre released the Master Gyrotourbillon 1, in 2004, it marked the world’s second spherical dual-axis tourbillon. (Franck Muller began work on a similar movement at the same time as Coudray, but released his a year earlier.) The movement rotated the cage of the tourbillon itself, for greater accuracy: The spherical outer cage rotated once per minute while the inner cage, mounted perpendicularly, rotated every 24 seconds. Previously, tourbillons operated on a single axis because they were designed to regulate accuracy in pocket watches, which rest vertically inside the pocket.

Though Coudray debuted this wild new mechanism 15 years after he joined Jaeger, the idea took form when he was still in watchmaking school, inspired by a pendulum clock created by another watchmaking genius, Anthony Randall.

“It’s not exactly the same, but it’s a similar idea with the same philosophy,” says Coudray. “I thought it would be great to transpose this to a wristwatch, but I thought it would be too big. But [Jaeger-LeCoultre] told me they would create a box around it, and that’s how it happened.” The final movement came to fruition nearly 20 years after Coudray first dreamed of the idea.

Coudray has now improved upon his creation with two new versions: a vertically oriented Spherion triple-axis tourbillon for MB&F and a pair of the ball-shaped movements, operating simultaneously, for Purnell. Each has vastly increased speeds over the original Gyrotourbillon. But Coudray insists his watchmaking is about more than just flexing technical ingenuity. In an era where the need for such inventions is obsolete, he says, it has become more about the art of the invention than the function of the mechanics.

“Most of the things I create are more than just watches,” Coudray says. “It’s not just for the performance and all of that. It’s an exercise in style.”