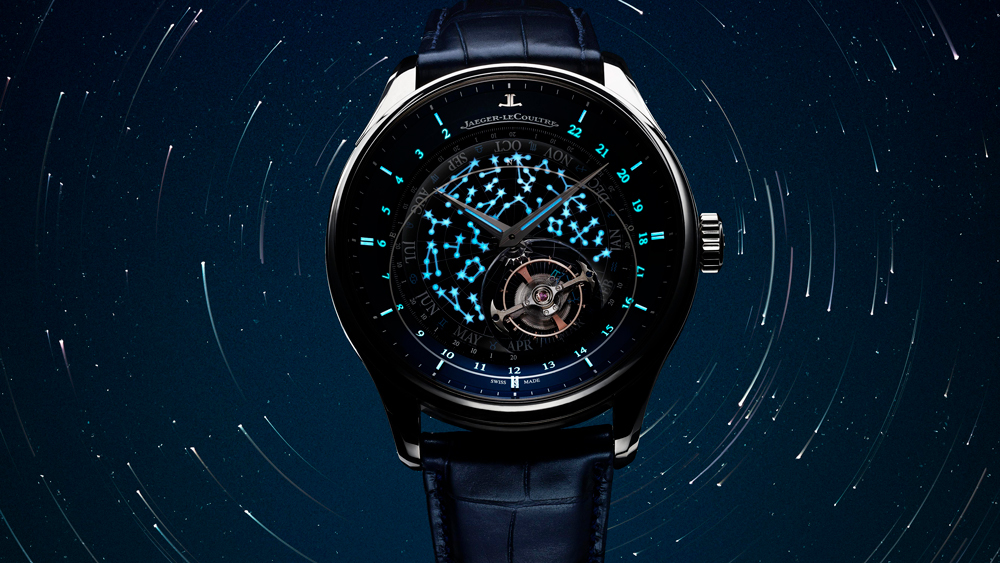 To celebrate its celestial watches inspired by the heavens the brand brought out the stars in Venice.

Dom Perignon may have been the first to famously utter “I’m seeing stars”, but Jaeger-LeCoultre was also starstruck at this year. The watchmaker just wrapped up another year of sponsoring the Venice Film Festival—an event they have been behind for 15 years. Actors and JLC ambassadors Nicholas Hoult and Amanda Seyfried, China’s Ni Ni and Italy’s Alessandra Mastronardi were on hand to help celebrate, but Jaeger-LeCoultre’s new timepieces deserve their own red carpet.

And why not a billboard? A new campaign for the brand’s Celestial Collection overlooked the Canale di San Marco during the festival. Set amidst the image of stars and watch parts floating in space, was the new Master Ultra Thin Quantième Perpetuel.

Jaeger-LeCoultre has also reinterpreted its Master Grande Tradition Tourbillon Céleste. The watch features an orbital flying tourbillon that makes a complete turn of the dial in 23 hours, 56 minutes and 4 seconds—the length of one sidereal day calculated in reference to the stars instead of the sun. Its dial recreated the sky of the North Hemisphere with the constellations of the zodiac calendar. But what’s new is its sleek new-generation case and dial now treated with Super-LumiNova to bring it to life by giving a glow to the hour markers and constellations.

For the rest of its other-worldly new creations, Jaeger-LeCoultre decided to bring the bling worthy of the stars. Inspired by the beauty of the Aurora Borealis two new interpretations (one in turquoise, one in violet) of the Rendez-Vous Celestial watch showcase two of the Metiers Rares that Jaeger-LeCoultre is so proud of—gem-setting and hand-painting. The bezel is set with a colour-graduated circle of baguette-cut sapphires, encircling a mother-of-pearl dial that has been hand-painted to replicate the shimmering swirls of the Northern Lights.

In addition, JLC bedazzled the bracelet of their Dazzling Rendez-Vous Moon with 310 bezel-set diamonds (22.27 carats), linking them seamlessly to form a sparkling galaxy as bright and beautiful as any in the night sky. The total diamond count: 478.