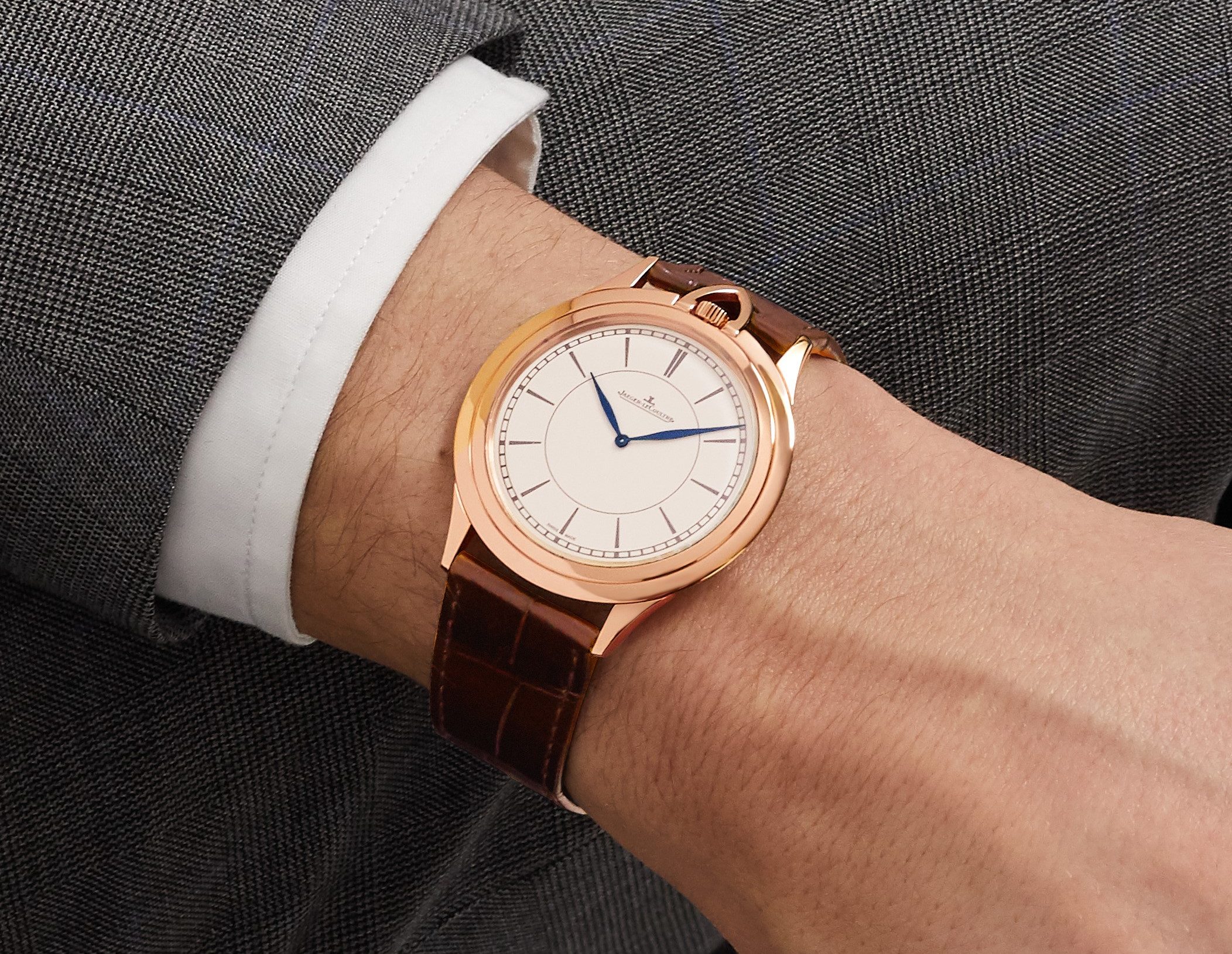 The limited-edition piece was created for the fashionable film franchise.

The Kingsman films have developed their own sense of old-world style and as such have been complemented with limited releases of on-screen attire by the world’s most alluring fashion brands.

For the upcoming adventure, “The Kings Man,” set for release September 2020, esteemed watchmaker Jaeger-LeCoultre has launched the Master Ultra Thin Kingsman watch – a custom timepiece available currently exclusively through Mr Porter, as part of the ‘costume to collection’ range.

With the film an origin story of the Kingsman agency, Jaeger-LeCoultre has, too, looked back, diving into its archives of ultra-thin calibres to develop a new timepiece inspired by the 1907 ‘Couteau’ pocket watch.

Presented in an elegant 40mm size, the 18-karat rose gold case is 4.25mm thick and is equipped with JLC’s hand-wound and impressively thin 1.85mm calibre 849 – a tip of the hat to the grand maison’s mastery of thin movements.

Of its sharp design, the broad sloping bezel of the piece points to the pocket watch inspiration along with the winding crown which is protected by a triangular bow and the 12 o’clock. The minimalist dial is met with a set of blue hands, providing contrast. In keeping to the classic style of the watch and films, the limited-edition timepiece is held on the wrist by a mahogany-brown alligator-leather strap and coordinating rose gold pin buckle.

Jaeger-LeCoultre has created only 100 examples of the timepiece, which will be available only on Mr Porter from now until September 6 before it will become available through Jaeger-LeCoultre authorised dealers, if there are any left.