Jacob & Co. has unleashed yet another timebeast on the horological world. The noted New York watchmaker has just unveiled a new high-complication tourbillon inspired by the high-powered Bugatti Chiron.

The watch is one of a handful to have rolled out in a multi-year partnership between the two luxury brands that started back in 2019. Like its predecessors, this model houses a functional miniature reproduction of the Chiron’s W16-cylinder engine to please petrolheads, though it doubles down on the bling. 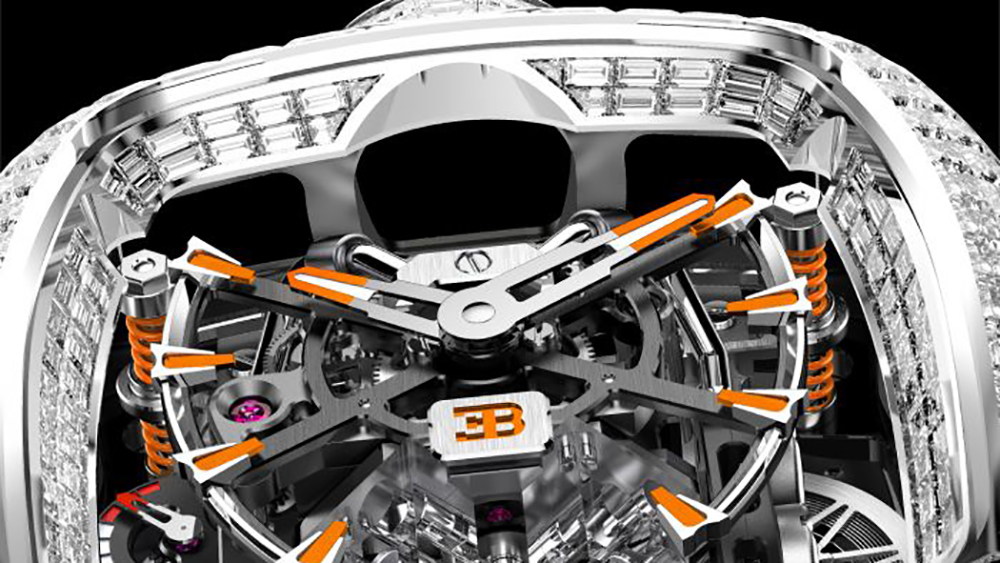 n fact, this iteration features no less than 190 baguette white diamonds, 109 baguette black sapphires and 42 baguette orange sapphires, which are all invisibly set in the 18K white gold tonneau case. Jacob & Co. said the gem-setters used new proprietary techniques and advanced technologies to properly affix the rare stones. The case, which measures 55mm by 44mm, also features the same flowing lines of the Chiron and a number of Bugatti logos for good measure.

Much like the French marque’s curve-hugging supercars, there is a lot of precise engineering at play within this six-figure wrist candy, including a flying tourbillon set on a 30-degree incline. Similar to the real-life Chiron’s 8.0-litre 16-cylinder engine, which is capable of delivering a menacing 1,500 horses, the watch features 16 tiny pistons and a minuscule solid steel crankshaft that move up and down just like a regular mill. At the same time, two “turbochargers” (down from four in the actual Bugatti) spin in tandem for added pizzazz. (You can see it in action in the video above.) 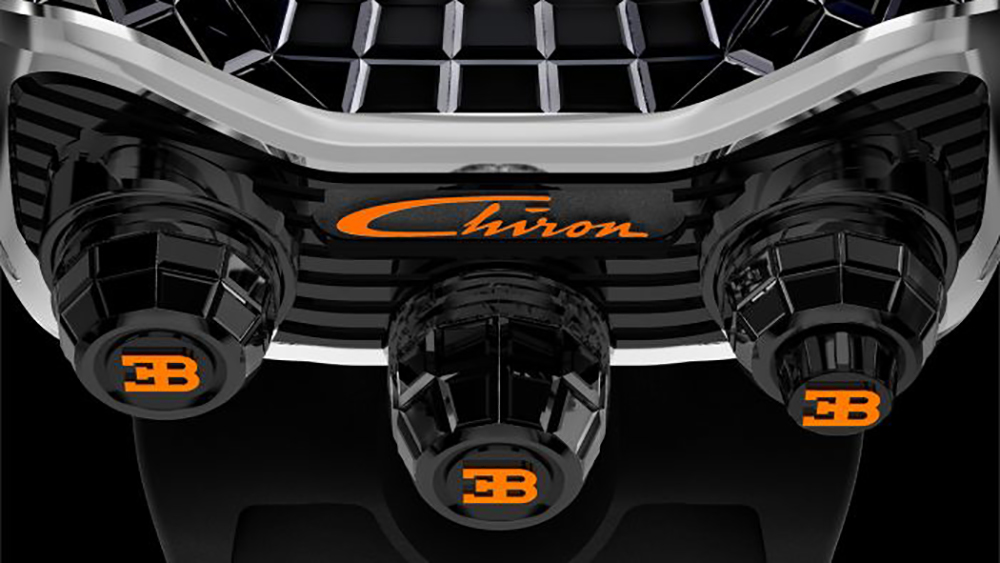 The watch is once again equipped with Jacob & Co.’s JCAM37 manual winding movement that comprises some 578 components. It’s suspended in four places with parts that resemble the actual automobile shocks from the Chiron and is clearly visible through the sapphire crystal window. The movement has a 60-hour power reserve that is indicated by the universal gas pump symbol on the side of the gauge at nine o’clock. 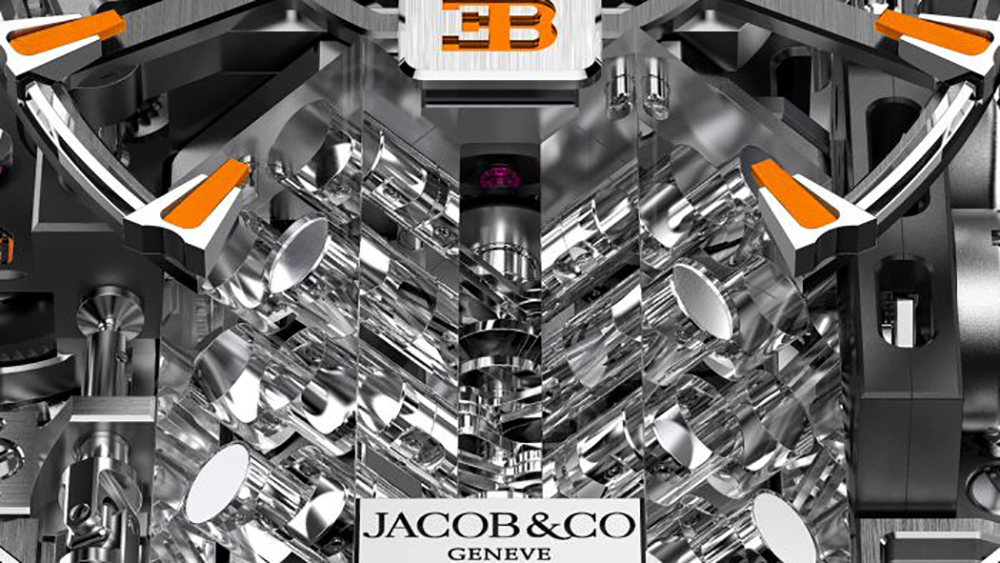 As with the US$3 million supercar that inspired it, collectors can expect to fork out a pretty penny for this showstopper. Last year’s Bugatti Chiron Tourbillon was priced at approx. $360,000 and limited to just 250. This year’s model is listed under Jacob & Co’s “Pièce Unique” category with price available upon request.