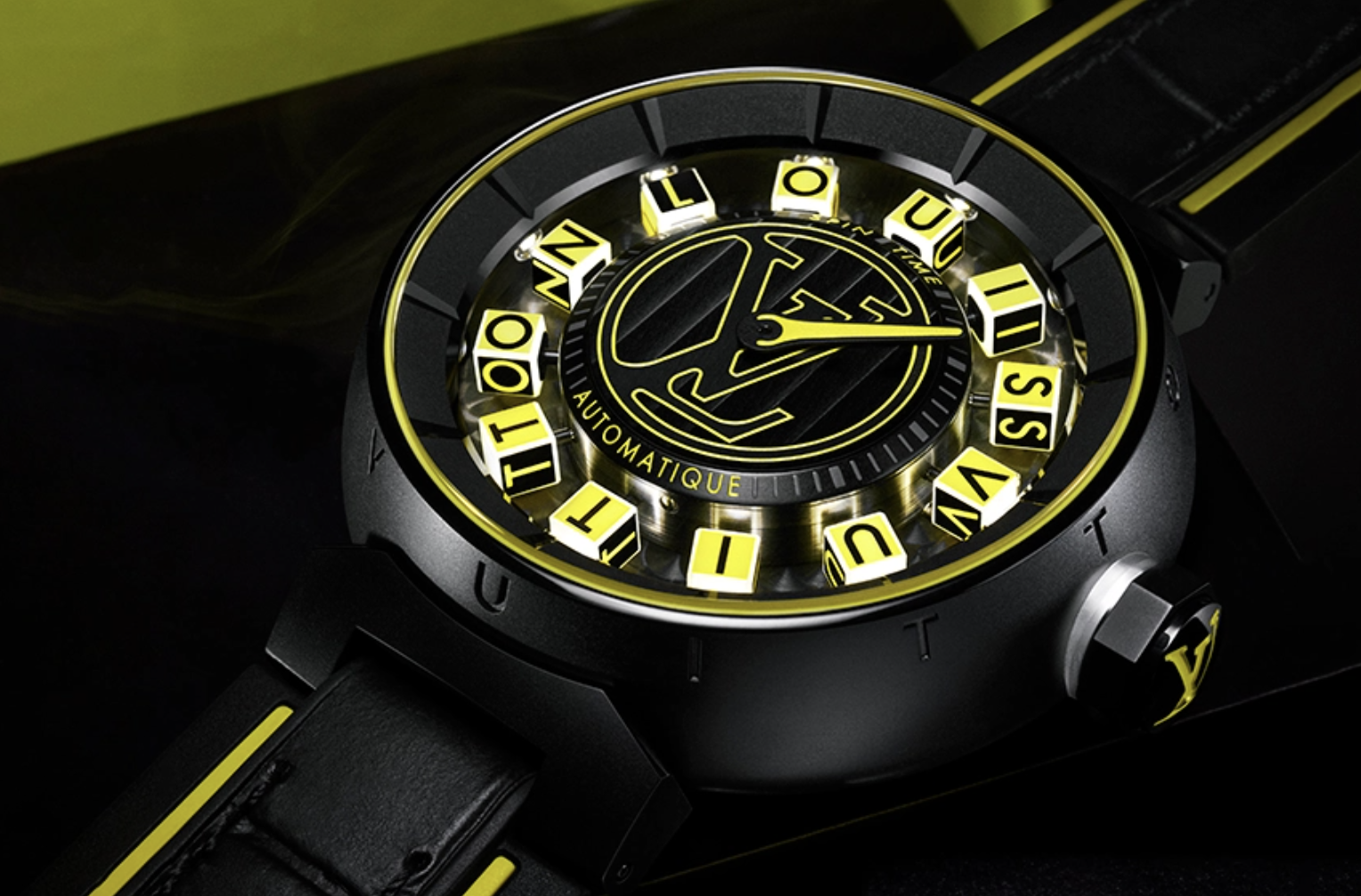 The watch features 12 rotating jumping hour cubes that are illuminated by LED lights, on demand.

From its colourful Tambour Horizon Light Up smartwatches to the Escale Spin Time with its ancient meteorite dial, Louis Vuitton is known for its out-of-the-box creations. So, it comes as no surprise that its latest horological release is both innovative and eye-catching.

Dubbed the Tambour Spin Time Air Quantum, the 42.5mm watch features a black titanium case that contrasts with the highlighter green accents on its dial. At its centre, you’ll spot a rendering of LV’s iconic monogram filled with Super-LumiNova and surrounded by 12 rotating jumping hour cubes that rotate to indicate the hour. The black-and-green cubes can also be illuminated on demand. By simply pressing the button on the crown, a dozen LED lights—above each cube—will light up the display and the letters that spell out “Louis Vuitton.”

Instead of the milled aluminium cubes found in older Spin Time references, the new fused silica cubes are laser cut and engraved to enhance their legibility and glow. Illumination times last 3 seconds and an indicator set in the crown helps you keep track of usage. Two batteries power the watch’s electronic features, while its movement is powered by the LV 68 Calibre. Developed by La Fabrique du Temps Louis Vuitton, the label’s Geneva-based manufacture, the self-winding movement delivers a 35-hour power reserve. It allows for a basic water resistance of 50 metres, not that you’d want to go deep diving while wearing it. 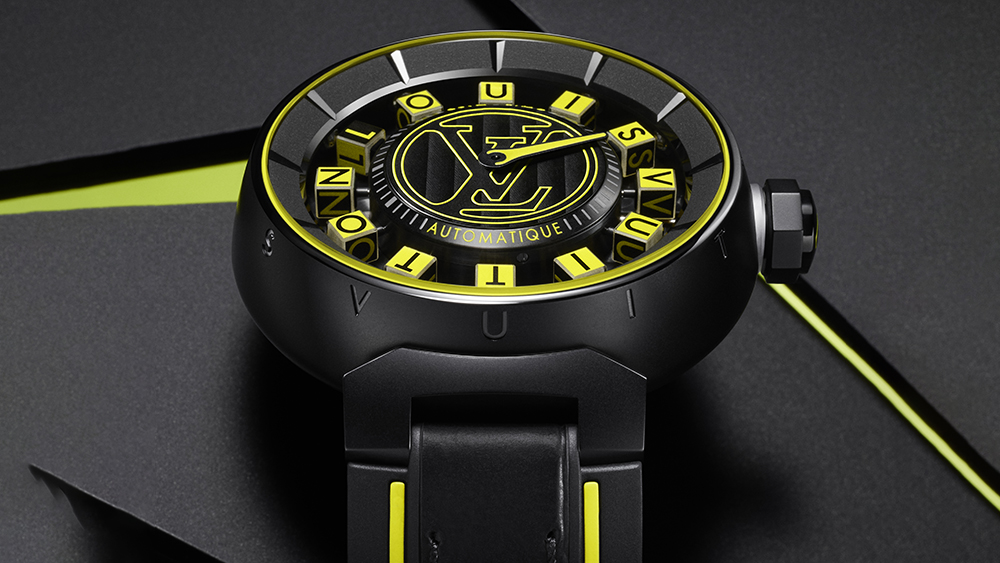 This new release follows the Maison’s 2009 debut of its original Tambour Spin Time watch. Its movement became noteworthy for, you guessed it, its three-dimensional dial design that presents “floating cubes” that are actually connected to the movement via individual pinions. But how do they help you tell the time? Every 60 minutes, two of the cubes rotate instantly. This signifies the end of an hour with a cube revealing its side with the black background. As the next hour approaches, another cube’s hidden side is unveiled. 12 Maltese cross-shaped gears, set to the right angle of the movement, trigger these rotations.

In a statement, Louis Vuitton says the Air Quantum’s alluring design was inspired by the bioluminescence of deep-sea creatures. As farfetched as that sounds, the Spin Time references have taken on many forms over the years—mostly diamond-studded—for both men and women. This release, however, is specifically about “disrupting” traditional watchmaking codes.

“After 12 years of refinement of our patented Spin Time, we decided to venture toward unprecedented technical challenges,” says Jean Arnault, director of marketing and development at Louis Vuitton Watches. “The Tambour Spin Time Air Quantum is not only a formidable horological feat, it is a unique and disruptive complicated hybrid watch that combines the best of the mechanical and electronic worlds at the service of both legibility and design.”

The Louis Vuitton Spin Time Air Quantum timepiece is available now for approx. $129,000 and comes with your strap of choice, including rubber or alligator options. Visit LouisVuitton.com for more details.