Into The Blue With Girard-Perregaux

A bold, colourful and exclusive update to the standout Quasar.

Haute horologist Girard-Perregaux has unveiled a new version of its Quasar timepiece, with the latest 46mm model sporting a case made from azure blue sapphire crystal.

Despite the Quasar’s futuristic feel – its name taken from celestial objects said to contain black holes – the timepiece plays true to the Swiss manufacturer’s legacy, utilising the three-bridge tourbillon that GP debuted in 1896.

The Quasar Azure is sculpted from a single sapphire disc. The sapphire, known for its difficulty to craft due to its intense rigidity, is formed, coloured and polished by GP artisans across more than 200 hours of dedicated work. Once complete, the case is pored over to ensure a uniform hue free of so-called ‘inclusions’. 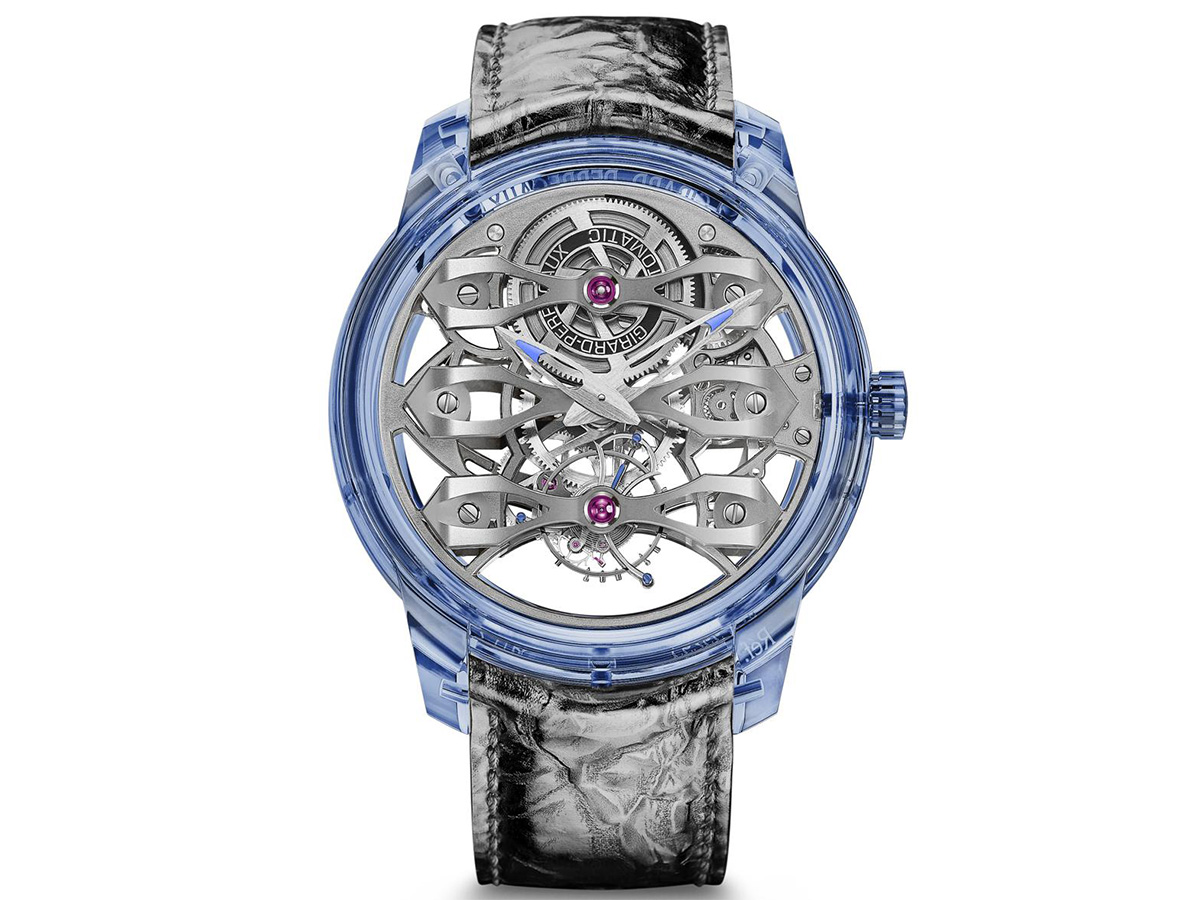 “This model is testament to our mastery of haute horlogerie and is rooted in our design language, albeit in this instance, it is seen through a prism of cutting-edge technology,” states Patrick Pruniaux, CEO Girard-Perregaux 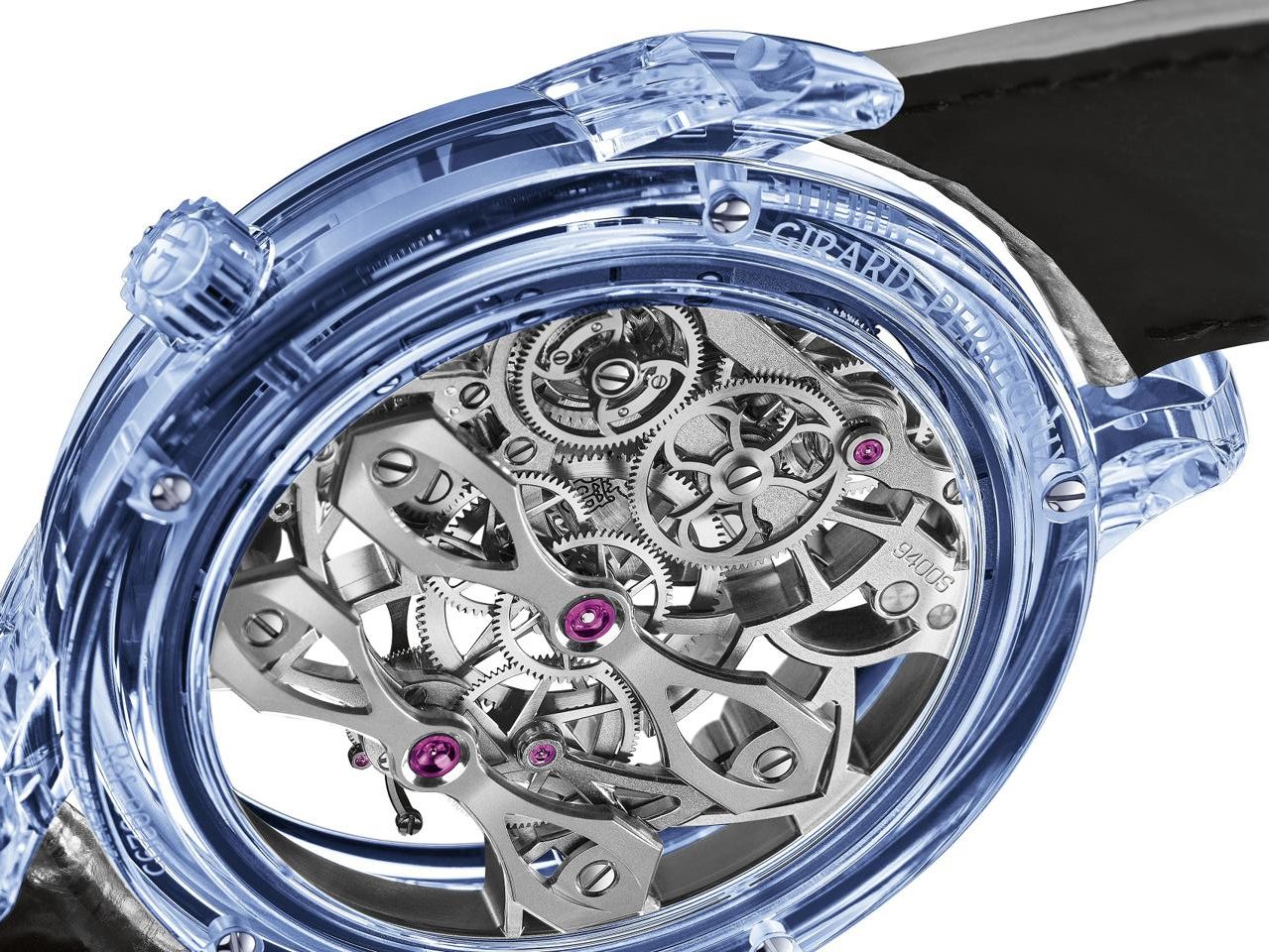 The timepiece is attached to the wrist by a strap made of anthracite fabric – which has been finished to a metallic effect – with a triple folding titanium buckle.

Only eight pieces will be offered for approx. $384,660 – available via special order and select authorised retailers.