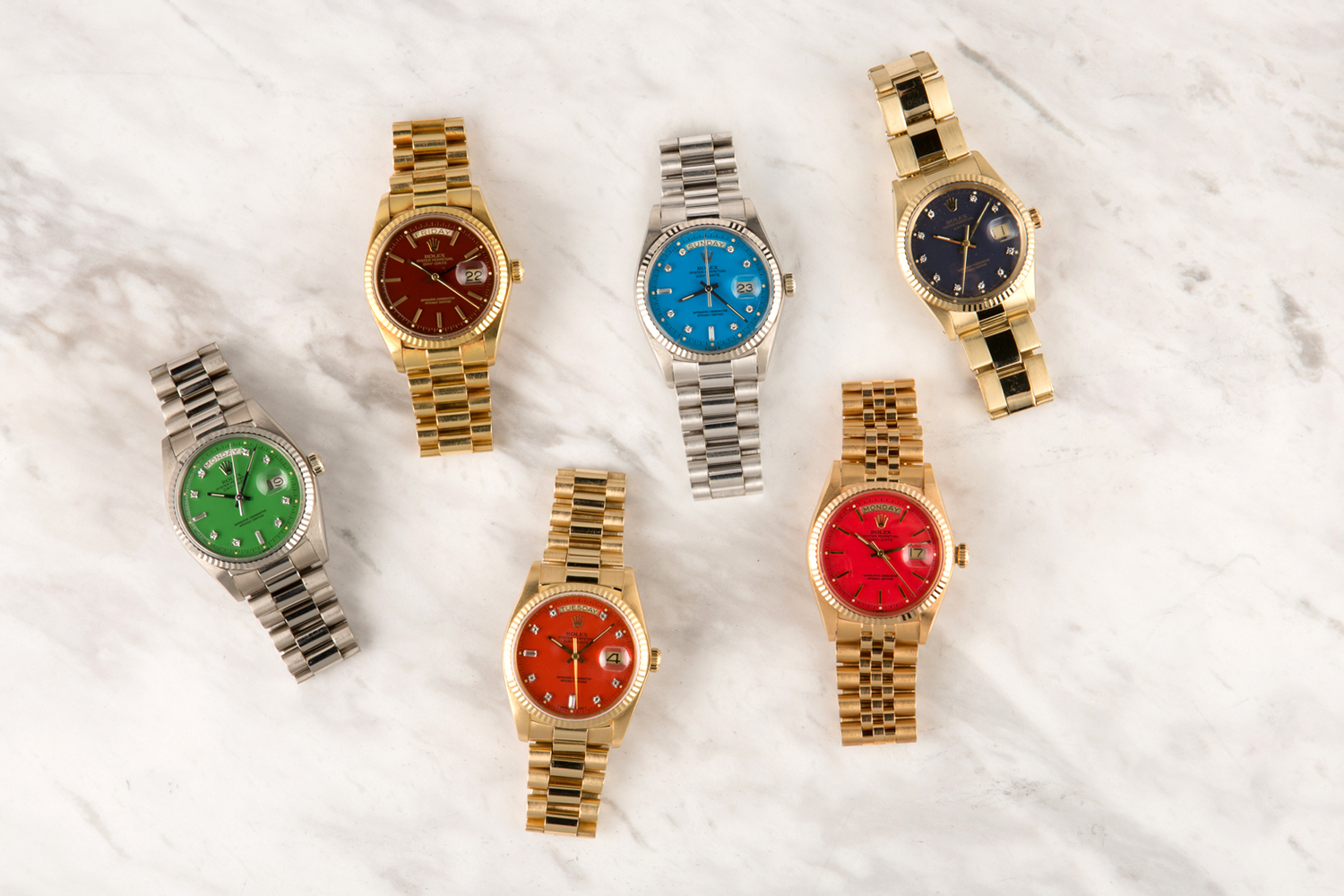 The colourful vintage ’70s model is prized among collectors.

Rolexes may be his official business, but that doesn’t make Paul Altieri’s collection of the watchmaker’s Stella model any less impressive.

The CEO of Bob’s Watches––a digital marketplace for the resale and trade of timepieces with a focus on Rolexes––Altieri spent years hunting around the world to acquire a complete set of the style, which he showed off to Hypebeast. With a name supposedly inspired by either fine artist Frank Stella or the Latin word for “star,” the watch was first introduced to the Middle East market in the 1970s. What set Stella apart––and makes it so collectible––is its enamel dial which came in a range of colours.

Rolex’s Day-Date model was launched in 1956 and fast became one of the Swiss brand’s staples. But its conservative styling––it later also became known as The President––was ripe for reimagining, which is where the bold pops of colour came in handy.  However, the Stellas created in the ’70s never really caught on and had a short-lived production run. After several decades, Rolex noticed that the range had many avid collectors, which cause the firm to reissue the model at Baselword in 2013. 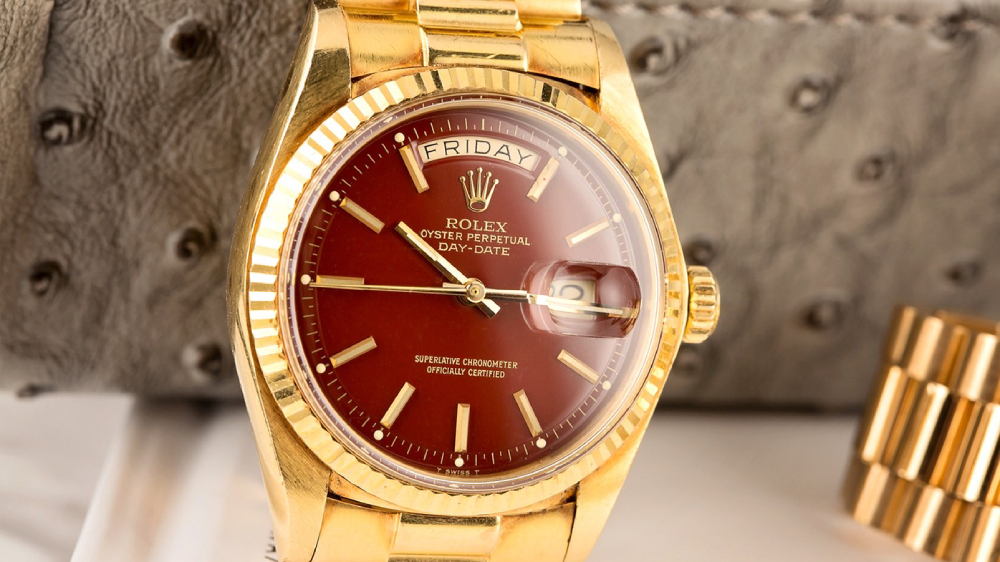 Its case measures 36mm which, of course, surrounds the multi-layered enamel face and houses the 3155 caliber movement. That enamel may be what makes the Stella so special, but it is also what makes it so difficult to maintain in mint condition. The material is prone to cracking and general deterioration, making the already scarce timepiece that much more rare. It’s also what makes Altieri’s ability to acquire a complete set so fortunate.

Some of the Date-Days and sole Datejust that comprise the collection also feature mini diamante detailing for an added touch of sparkle to the already bold aesthetic. Altieri told Hypebeast that the Stella is “akin to the psychedelic paint job on John Lennon’s Rolls Royce; a watch as traditional and old-school as a Brooklyn brownstone dragged into the modern era to appeal to a completely different type of buyer.”