The experimental watchmakers at HYT, the 10-year-old Swiss brand that makes mechanical timepieces incorporating liquids to denote the time, just introduced two new models that integrate light into the equation.

The new Flow pieces—one bedecked in diamonds and another featuring a vortex-like display—feature a pusher located at 4 o’clock that allows users to generate a jolt of electricity, which flows to a series of LED lights positioned on the dial.

“We’re thrilled to be unveiling an entirely new mechanical complication that provides lighting on-demand,” says CEO Grégory Dourde. “Thanks to a push-button, the customer can charge and then the system inside will store and dispatch the electricity to the LEDs positioned at 6 o’clock.” 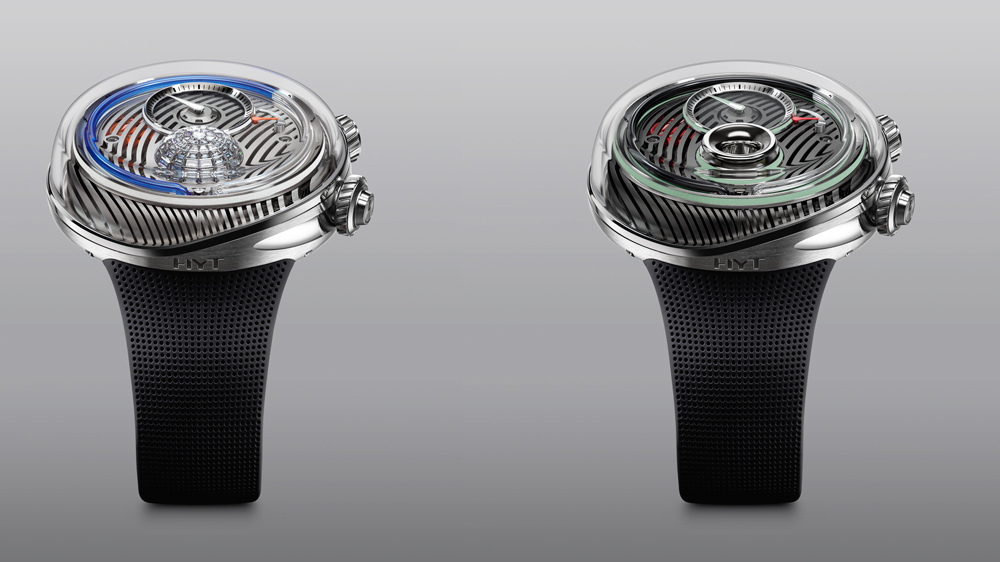 “It’s not magic—it’s a lot of science—but the effect is wow,” adds Dourde. “To charge, store and emit the electricity, we had to create one of the smallest micro-generators ever conceived, a true masterpiece in terms of extreme miniaturisation.”

The micro-generator stores and distributes the energy required to activate the LEDs, which turn on in succession, like a wave. It’s equipped with a dedicated barrel spring, meaning the complication does not affect the movement’s accuracy nor its 65-hour power reserve.

The time display on both Flow pieces is accomplished through HYT’s unique hydro-mechanical take on horology, which uses liquids stored in capillaries to indicate the passage of time.

“We have coloured liquid that flows inside a tube of glass, the capillary, and it shows you what you have done (the past),” Dourde says. “The clear liquid is your imminent future (what is to come). The present, the now, is the exact boundary between the future that becomes the present and the present that becomes the past. We tell the time thanks to these two liquids and the interface that displays the now.” 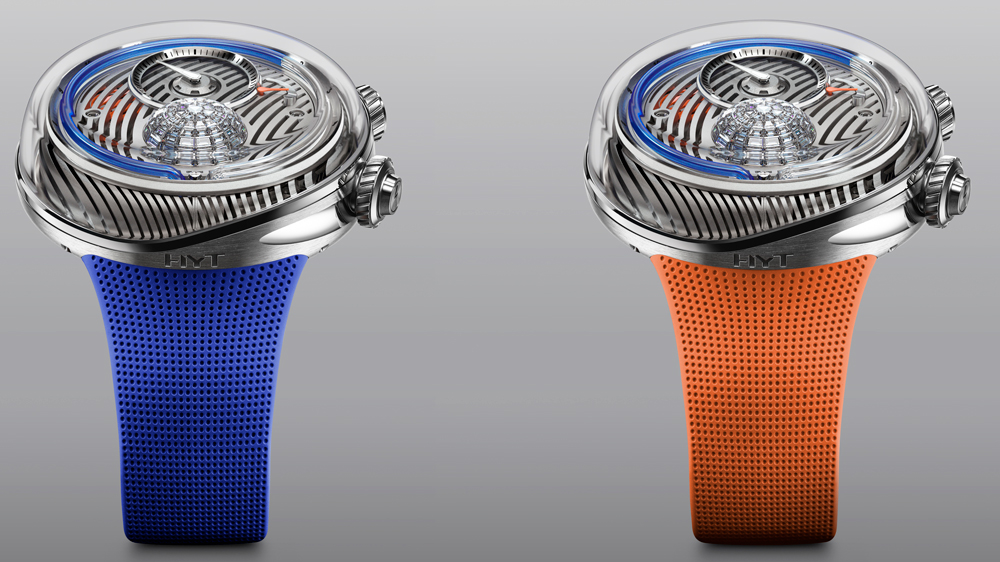 The diamond-set model, which is filled with blue liquid, contains a dome at 6 o’clock composed of 73 baguette-cut gems totalling 1.7 carats, all illuminated by 13 LEDs positioned below—“to give birth to the beauty of the stones,” says Dourde.

The other model replaces the diamond dome with a tapered vortex shape that leads to the bellows of the movement, where the black liquid that flows around the dial is stored. Eight LEDs illuminate the dial.

Both versions of Flow come in a 51 mm stainless steel case without lugs. “We accentuated the fluid design language by giving Flow a striking asymmetrical shape,” says HYT Watches creative director Francois Nunez. “A wave flows around the right side of the watch for an extremely dynamic design; this expresses the idea that time is constant.”

Like all of HYT’s timepieces, the Flow watches are steeped in the brand’s philosophical approach to timekeeping. 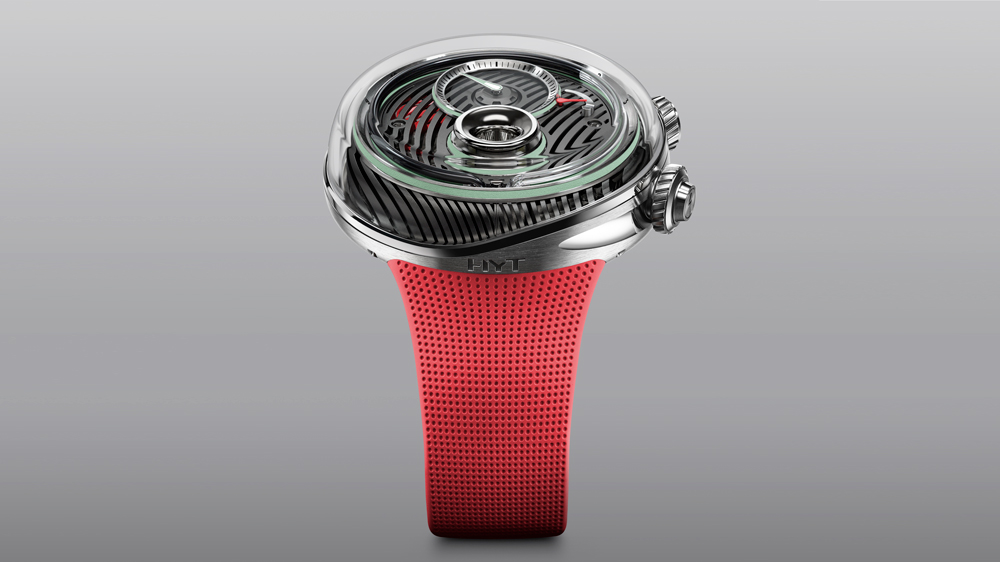 “Humans perceive time as fluid,” Nunez says. “It feels like a river; it can’t be suspended or reversed. It constantly flows forward. Our watches represent a true opportunity to reflect on the stream of time, and to reconsider its value and meaning.”

Both Flow timepieces are available in limited editions of 25 pieces each. The diamond-set model retails for approx. $207,000, while the vortex version without diamonds retails for $79,000.