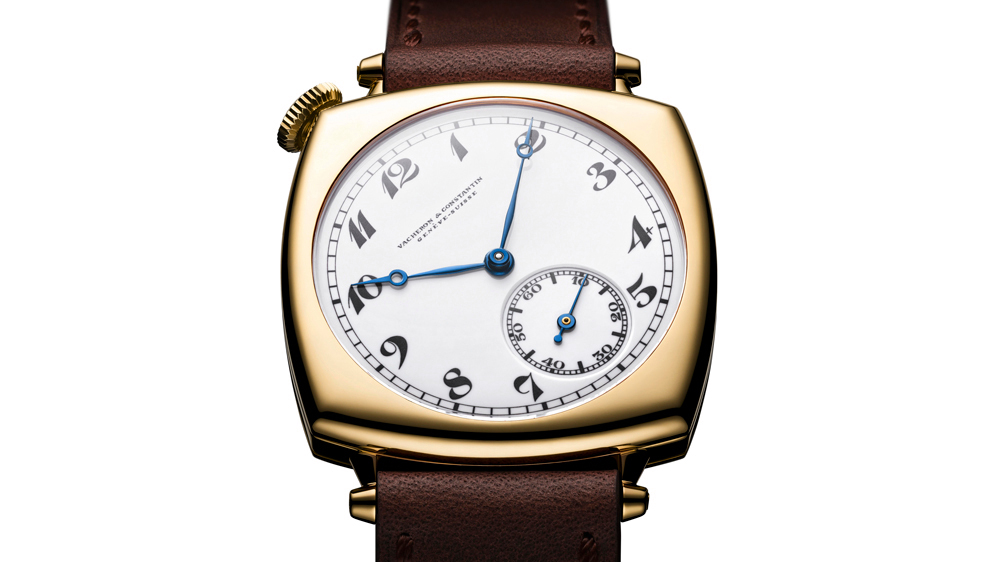 The one-of-a-kind edition of the American 1921 watch was made from scratch using vintage tools and techniques.

How do you celebrate the centennial of your most legendary model? In Vacheron Constantin’s case, no update was necessary.

Although the 266-year-old watchmaker released versions of its coveted American 1921 model in new sizing and case materials this year, the pièce de résistance is its literal one-of-a-kind re-creation of the Roaring Twenties original. Every single component, save for the strap, bridges and plates, has been made exactly the way it would have been a century ago.

The original iteration, created in 1919, saw the first cushion-shaped timepiece from the company, paired with an off-centre dial, created so its wearer could read the time better while driving. Just 12 pieces were made and most of them sold on the American market. That piece had a more military-inspired dial design and different lugs, but by the time the second series debuted in 1921, with just 24 pieces, it had been refined.

“When we redesigned the American 1921 in 2008, we took our inspiration from the timepiece of 1921 because we thought that the design was better for reinterpretation,” says Christian Selmoni, Vacheron Constantin’s heritage and style director. “We preferred the 1921 model which has more sophisticated lugs and a beautiful enamel dial. But both models had the same movement and the same case.” The second series, from which the American 1921 takes its name is, likewise, the inspiration for this historical remake. 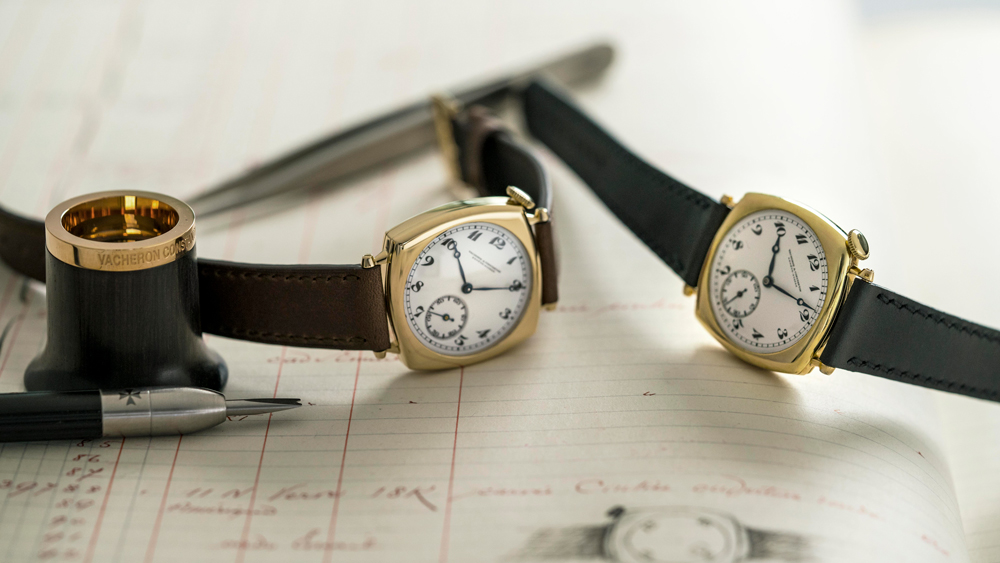 More specifically, the exact watch that was used as a physical blueprint for this singular piece (outside of archival components and documents with renderings of the early design) was an American 1921 once owned by Reverend Samuel Parkes Cadman. Famous in the U.S. in the early ‘20s as the pioneer of Christian radio broadcast sermons, Cadman had purchased two first series pieces in 1928. One was acquired by Vacheron Constantin in 2012 and was used by the company’s heritage and restoration specialists to help create this modern remake. 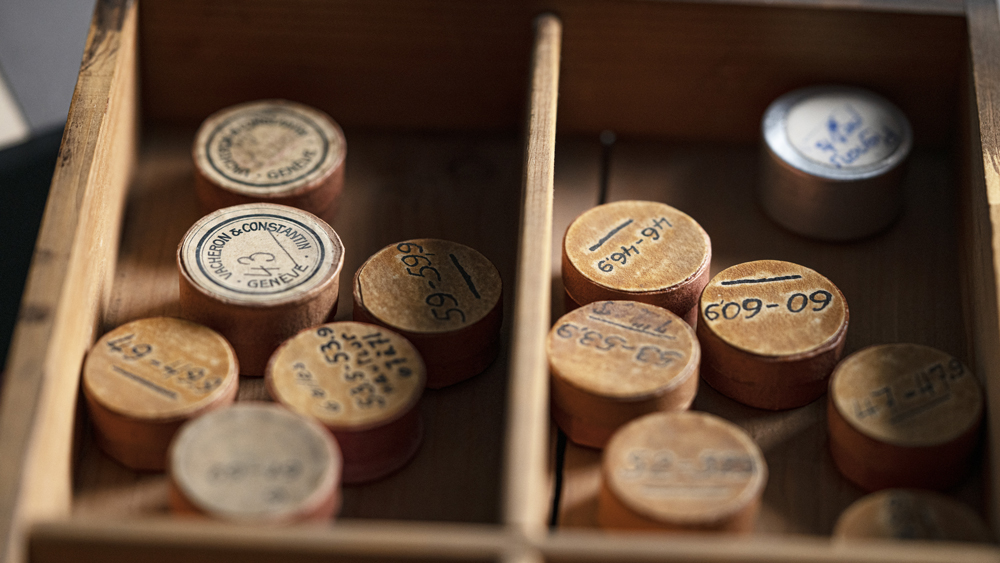 It took the in-house team 15 months to create the timepiece from scratch. Of the 118 calibre components—including everything from the hands, gear train, wheels and hairspring to the balance and pinions—all were old new-condition 1920s stock parts stored away in the archive since the dawn of the American 1921’s creation. “Some of them were already in finished condition and some of them were raw. We had to finish them by hand,” says Christian Selmoni. “This project is here to demonstrate the ability of VC to service, repair, restore and recreate any components in existence of VC timepieces.” In addition to having hundreds of thousands of historical stock parts, Vacheron Constantin has 420 linear meters, or approximately 1,378 feet, of archives in which every single piece has been recorded since its founding in 1755. 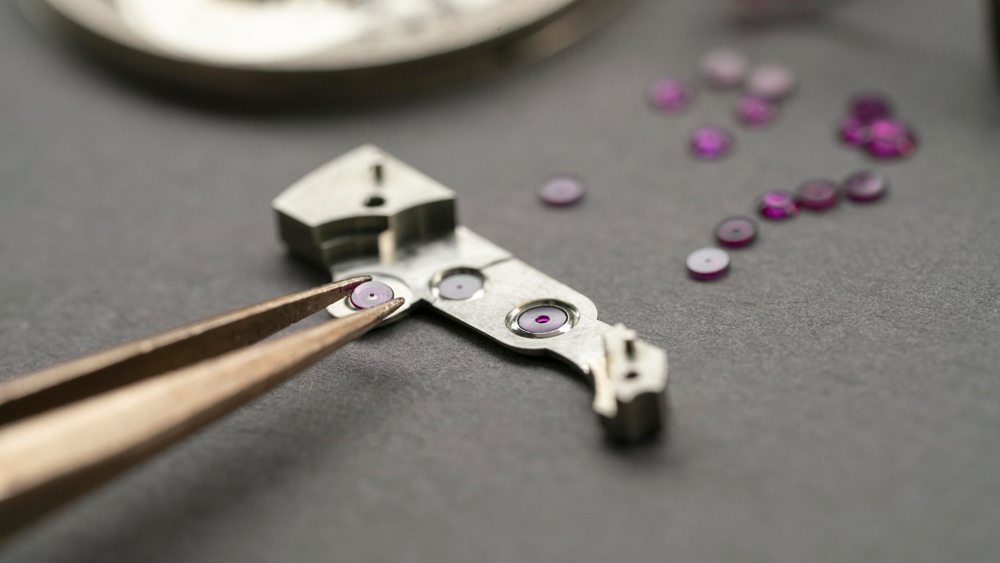 But despite this extensive know-how, the 16 original ruby jewel bearings proved an extra challenge. “Setting jewels in the ’20s was an entirely different process than today. They were set like diamonds, and we had no record of how to do it, so it required a lot of trials,” says Selmoni. For the practice runs, five watchmaking kits comprised of plates and bridges (the only parts manufactured on modern CNC machines) were created to learn the process. Four out of five were used before the antique method was mastered.

From the single Côtes de Genève finishing (not done at the house since the ’30s) to the 31.5mm 18-carat yellow-gold case and grand feu enamel dial and hour markers, everything (save for the strap, bridges and plates) required the use of era-appropriate machines and, in some instances, tools that had to be re-created by hand. 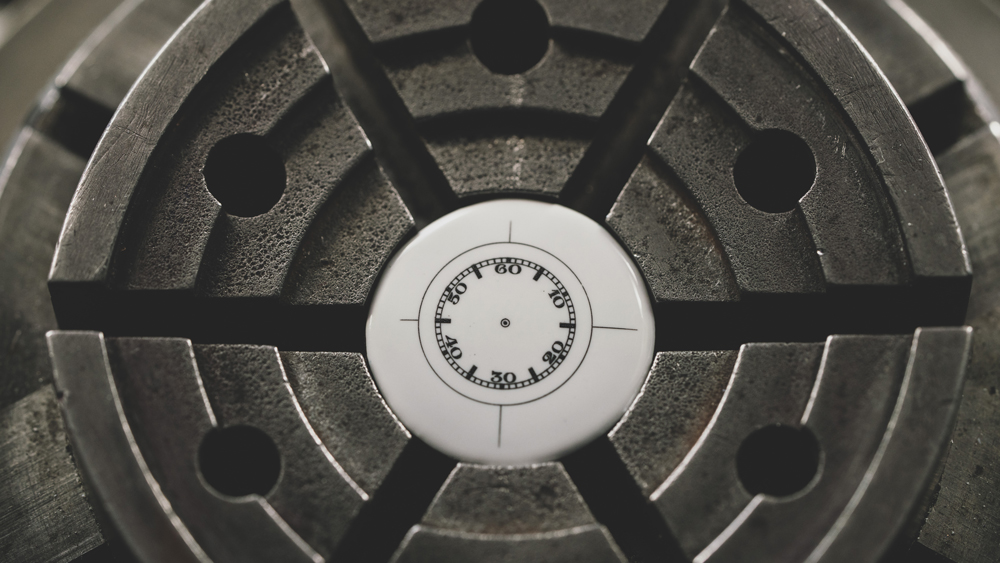 “We made the enamel dial exactly the same, with pure white enamel, which we applied on a copper base that has been fired to become solid,” says Selmoni. “It’s very interesting to mention that we have exactly the same technique, meaning that the small seconds is set on the main dial.” This is done because the hour and minute hands are so close to the dial that the small seconds has to be below the dial’s surface. It is constructed in two parts, both in enamel, and topped off with enamel Arabic numerals.

No detail was spared. Even the logo on the dial remains true to the original, reading “Vacheron et Constantin Geneve Suisse.” And though the strap is, of course, not vintage stock, it was sourced from a supplier that was able to provide one that closely resembles an early 20th-century calfskin leather style. 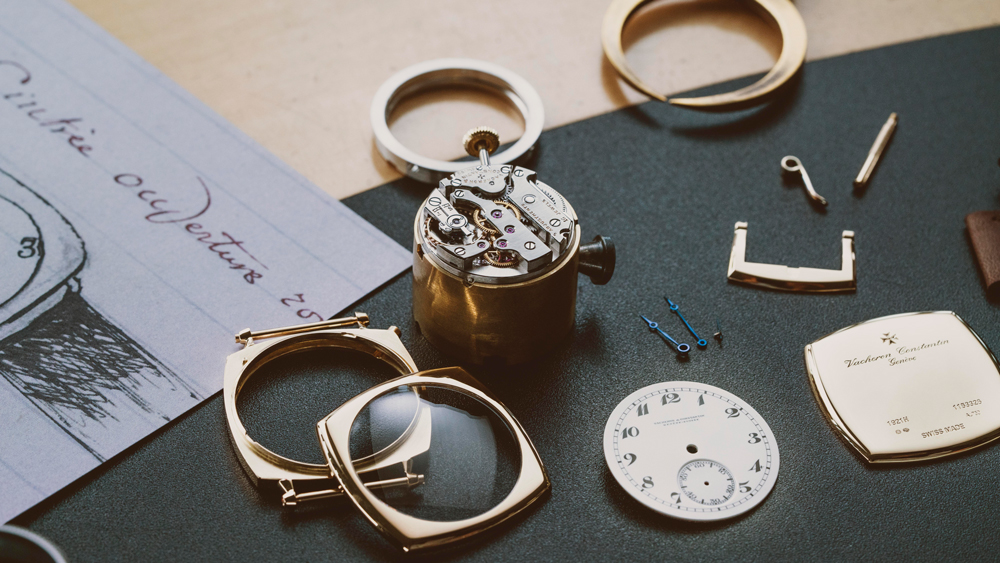 “It was almost an impossible project because, at the beginning, we were not sure we would succeed,” says Selmoni. “For the watchmakers and restoration workshop, they have learned a lot of things while doing this project. It is super important material for them for the future. Learning about watchmaking is a never-ending story.” 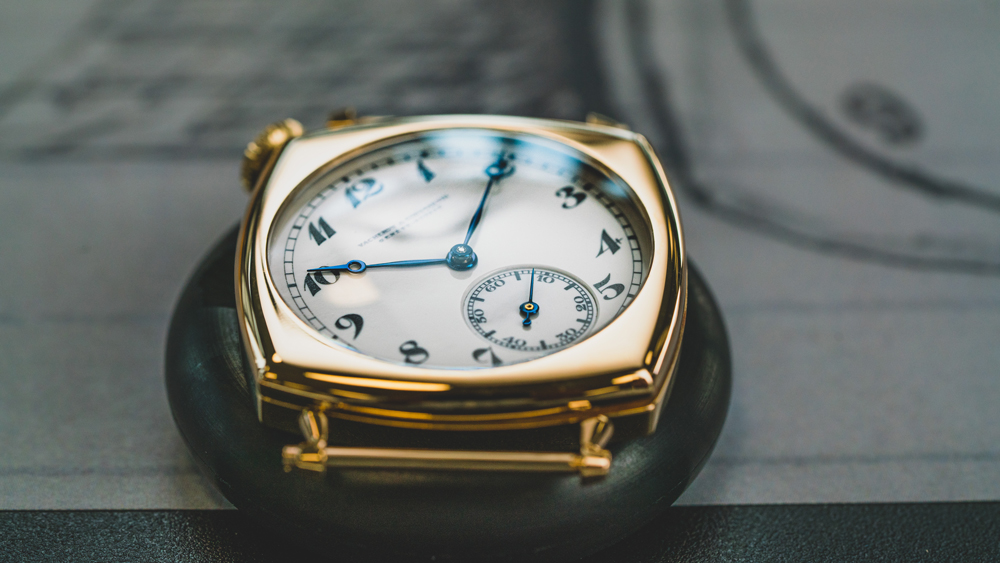 Like its early predecessor, the watch will cross the Atlantic to land in New York next month at Vacheron Constantin’s unveiling of its new Fifth Avenue flagship, where it will remain on display through October. It will then be part of a yet-to-be-announced travelling exhibition on tour in other countries. So far VC says it hasn’t yet decided if it will offer the watch for sale, but it wouldn’t hurt to inquire. It will be the only one of its kind. Of the 12 first-series pieces from 1919 and the 24 second-series pieces from 1921, Selmoni estimates, there may be only 10 early models still in existence (three of which belong to the company’s private collection), so it would be a crown jewel in any vault. “The last time I saw an original American 1921 at auction was in 2005, and I still remember the estimate, which was around US$10,000 (approx. A$13,000),” says Selmoni. “Quite a bargain these days!” This one, should it be sold, will likely come at an astronomical price.