Following a lauded accolade, Moser has given the Streamliner Flyback Chronograph a vibrant blue dial.

Those who followed the release of the Moser Streamliner Flyback Chronograph earlier this year may not be entirely surprised to learn that the watch just won the Chronograph Watch Prize at the Grand Prix d’Horlogerie de Genève. Not without serious competition, the Streamliner Flyback won because of its ingenious movement and graceful design. Overnight,  Moser announced the second edition of the Streamliner Flyback, this one with the stunning Funky Blue fumé dial (approx. $59,900) that has helped put Moser on the cutting edge of traditional horology.

The movement in the Streamliner Flyback has a number of striking features, the most obvious of which is that the centrally mounted winding rotor is nowhere to be seen. That’s because it is on the dial side of the movement, a layout that lets the metropolis of complex structures in the chronograph be seen in full. From the beautifully chamfered edges of the bridges and components to its hand-polishing, features many consider to be the marks of “real watchmaking,” this movement is endlessly entertaining. 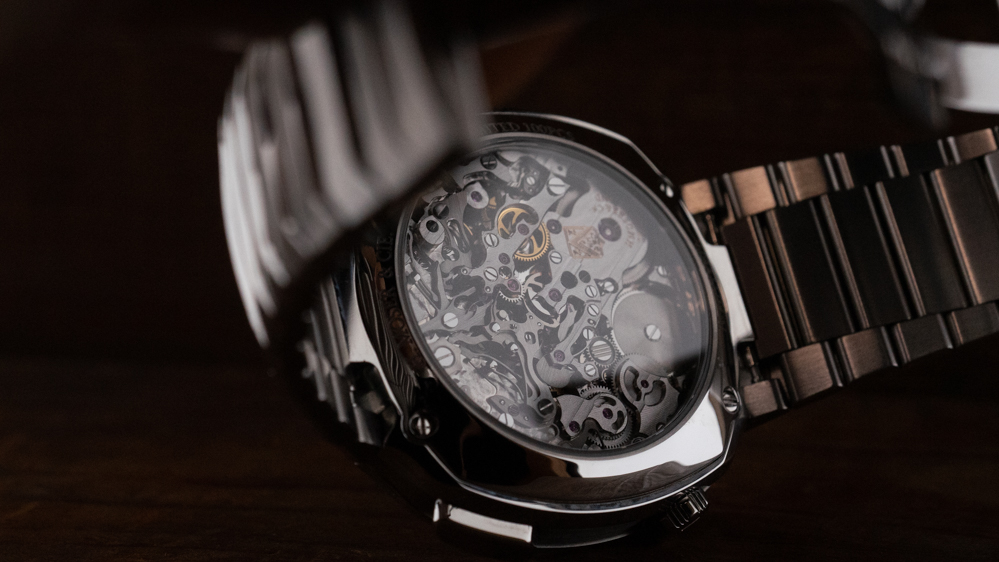 The other remarkable aspect of the movement—and a first not just for Moser but across watchmaking—is that all flyback functions happen on the central arbour. This not only eliminates subdials, allowing the beautiful Funky Blue fumé dial to radiate uninterruptedly, but it creates a sleek and discrete watch face that appears like a time-only watch with a stopped seconds hand. That’s until one activates the chronograph, sending the seconds-counter crisply into action while revealing the minute totaliser beneath, which waits 60 seconds before jumping into its next position. It’s a thrilling movement to use.

It would be hard to overstate the sporty elegance of the case/bracelet combination. Brushed in a silky ultra-fine manner, the majority of the surfaces softly reflect light but are also accented by highly polished accents, such as those between the links in the bracelet and along the sides of the case. The lustre of the steel finishing beautifully surrounds the Funky Blue fumé dial, and in this colour, the Streamliner is bolder and a bit fancier than its charcoal grey predecessor. 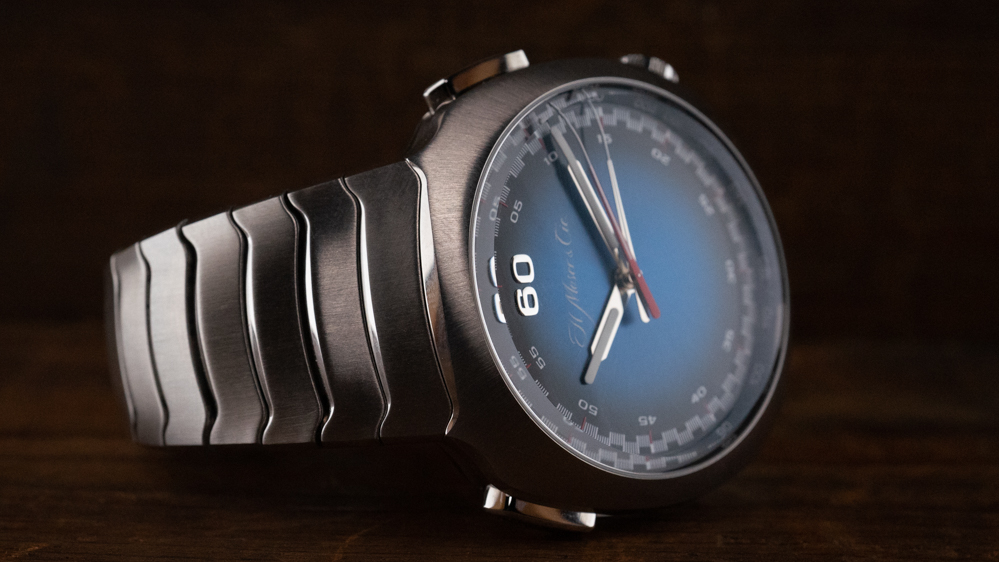 Comfort is guaranteed on a wide range of wrists. At 42mm, this watch is surprisingly compact, largely due to the lack of lugs and the careful integration of the bracelet into the cushion case. In terms of wrist presence, however, this watch is enormous. It casts a kind of halo around itself, and the dials, quite famously, appear to be illuminated from within. 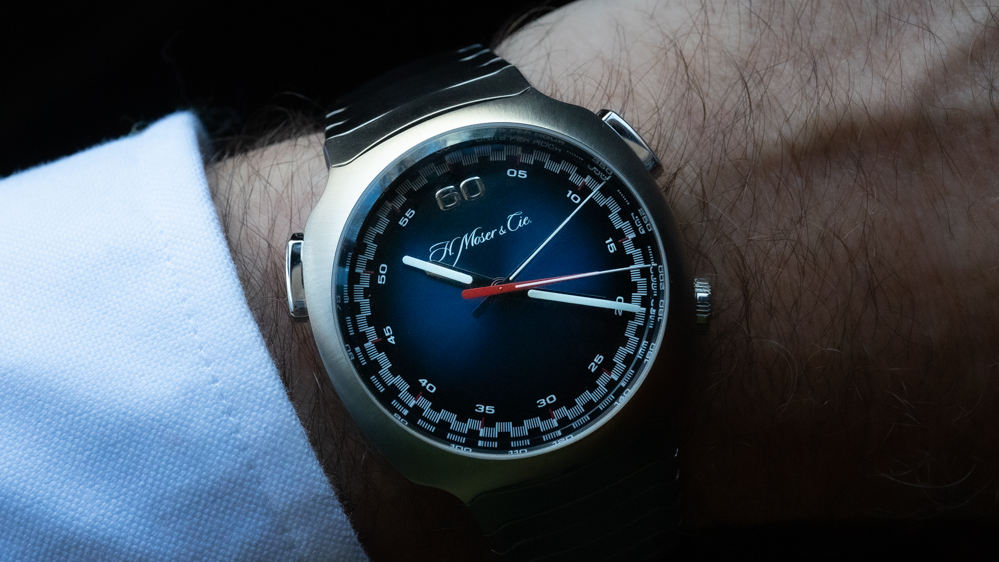 For those seeking out an example of modern horology that pushes watchmaking traditions forward, while simultaneously deeply respecting their origins, this now prize-winning watch from Moser will not only be a joy to own and wear, but is likely a wise investment going forward. Thankfully, Moser has not limited this edition, and we most certainly look forward to more versions of the Streamliner Flyback in as many colours as Moser cares to make them.

It’s not for the faint of heart—or wallet.

The manufacture looks (way) back for its latest limited edition.

Malek is Cartier’s latest ambassador for the revival of the Pasha de Cartier watch.

From Rolex to Breitling It’s not easy scoring one of these hard-to-get models.

Proceeds from sales go to Orbis International, which provides pioneering eye care in some of the world’s poorest regions.