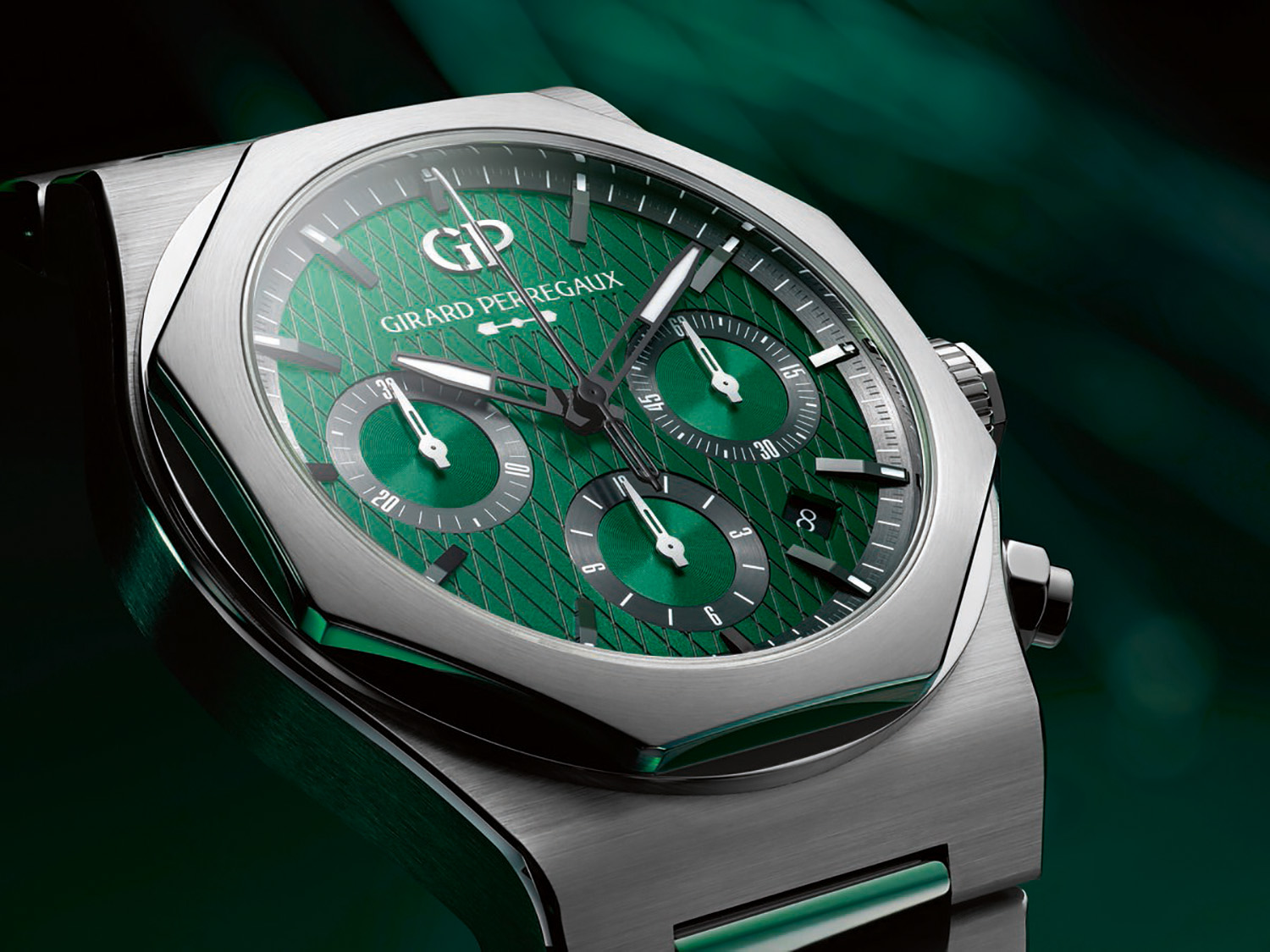 The watch combines features that represent the hottest look in watches at the moment. It’s a chronograph with a stainless steel case and bracelet and a green dial—in this case, Aston Martin’s take on British racing green, and just as Aston Martin’s green cars are coated with seven layers of paint, seven layers of colour are applied to the dial of this special edition. 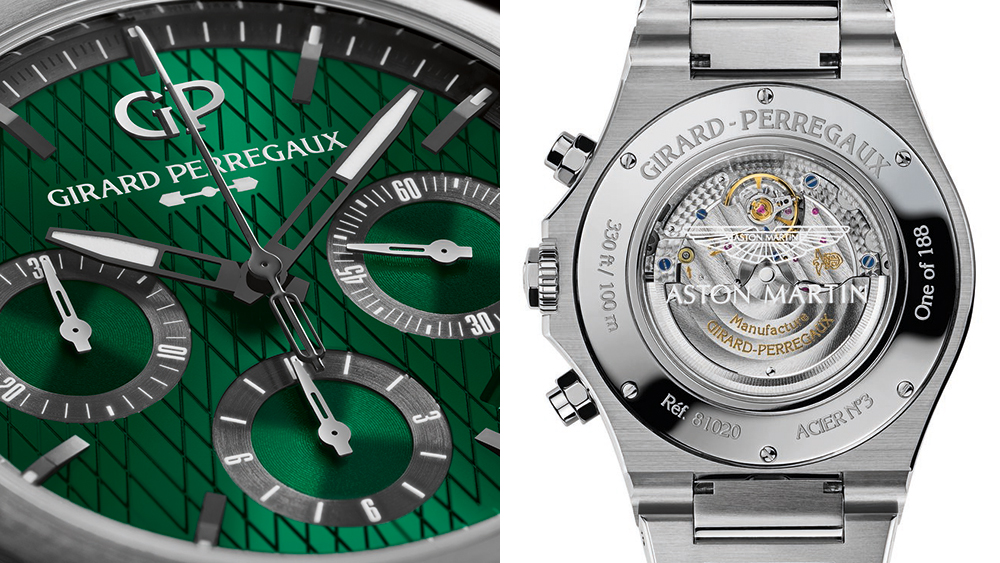 Compared to most other auto-timepiece collabs, the auto references here are subtle: There are no steering wheel-shaped rotors, fuel gauge-themed power reserves or tire-tread embossed straps. The references to Aston Martin are discreet and aimed at people who notice details: the counterweight on the seconds hand was inspired by the side strakes first seen on the side of the 1958 Aston Martin DB5 and later became a signature of the DB5, the model preferred by James Bond. The crosshatch pattern in fine black lines on the dial is inspired by the quilted seats found in the British brand’s high-performance sports cars. The only logo on the dial is that of the watchmaker, Girard-Perregaux. The Aston Martin name and logo appear quietly on the caseback, where they are etched into the back of the sapphire crystal. The partnership between the two brands also includes the Aston Martin Cognizant Formula One team, whose drivers, Lance Stroll and Sebastian Vettel, wear Girard-Perregaux on their wrists and sport the GP logo on their driving gloves.

The three subdials—chronograph minute and hour totalizers along with small seconds—are outlined in dark grey, and the hands are partially skeletonized, as are the central hour and minute hands. The bracelet and 42mm case are 904L stainless steel, which is less common than 316L and more expensive, but it has superior corrosion resistance, better scratch resistance and a much brighter, luxurious appearance—it takes a high polish, like gold.

It contains the calibre GP03300-0141 with a 46-hour power reserve. In a Laureato first, it can be seen through the caseback, including circular côtes de Genève on the rotor, straight Geneva stripes along with perlage circular graining on the bridges and plate, polished sinks and thermally blued screws. If you look to the right, between the Aston Martin marques, you can see Girard-Perregaux’s gold eagle emblem, signifying it is an in-house calibre.

This is a limited edition of 188 pieces, priced at approx. $25,295 and sold both by Aston Martin and Girard-Perregaux authorized dealers.