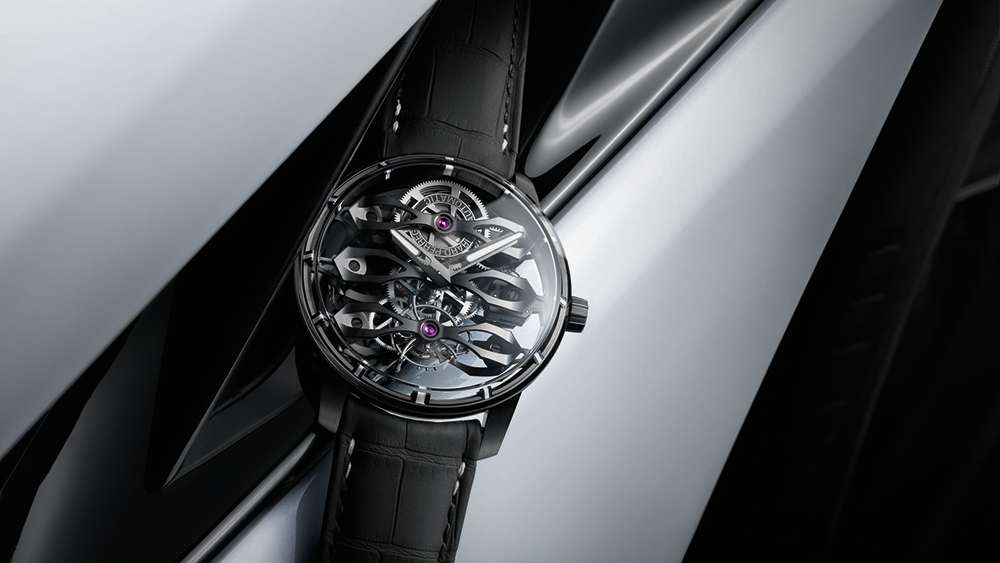 A high-flying new watch collaboration just raced onto the track.

Girard-Perregaux launched its new Tourbillion with Three Flying Bridges, the first product of its young partnership with Aston Martin. The eye-catching timepiece comes in a limited series of 18 pieces, each priced at approx. $188,000 The model’s triple bridges are a historical house signature that gives the inner mechanics the illusion that they’re floating, and you can see both sides of the mechanism through panes of sapphire crystal. The timepiece also comes with a new strap that features Girard-Perregaux’s Rubber Alloy, an innovative rubber insert injected with white gold. The strap’s design is intended to evoke the Aston Martin racecars of the past.

The watch’s 44mm case is crafted with Grade 5 titanium—a strong, hypoallergenic alloy selected by Aston Martin for its lightweight properties—that’s been coated with black DLC. The three bridges spanning the dial are formed with black PVD treatment, angled and polished to catch light. 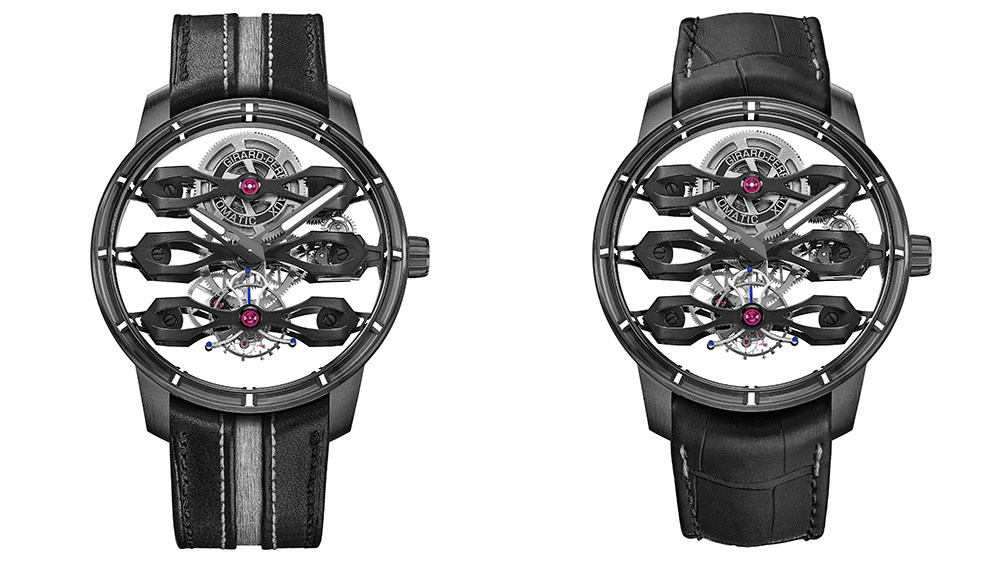 The back (left) and front (right) of the airy watch model. Girard-Perregaux

The tourbillon cage measures 10mm in diameter and is composed of 79 components that collectively weigh only 0.25 grams, a low figure that helps mitigate energy consumption. The Aston Martin name is also engraved on the vertical flank of the micro-rotor and is filled with white luminescent material that glows blue in low light.

Girard-Perregaux kicked off its 230th anniversary year with the announcement of its partnership with Aston Martin in February, a deal that made the watch manufacturer the British carmaker’s official timekeeper. While Girard-Perregaux doesn’t often revamp its Three Bridges design, its executives clearly thought the magnitude of their deal with Aston Martin warranted the update.

“The idea was to work the three bridges into a contemporary design,” said Patrick Pruniaux, CEO of Girard-Perregaux, in an interview with WWD. “There is an iconic side to the brand [Aston Martin], but that doesn’t stop them from being creative—this is a trait we both have in common.” 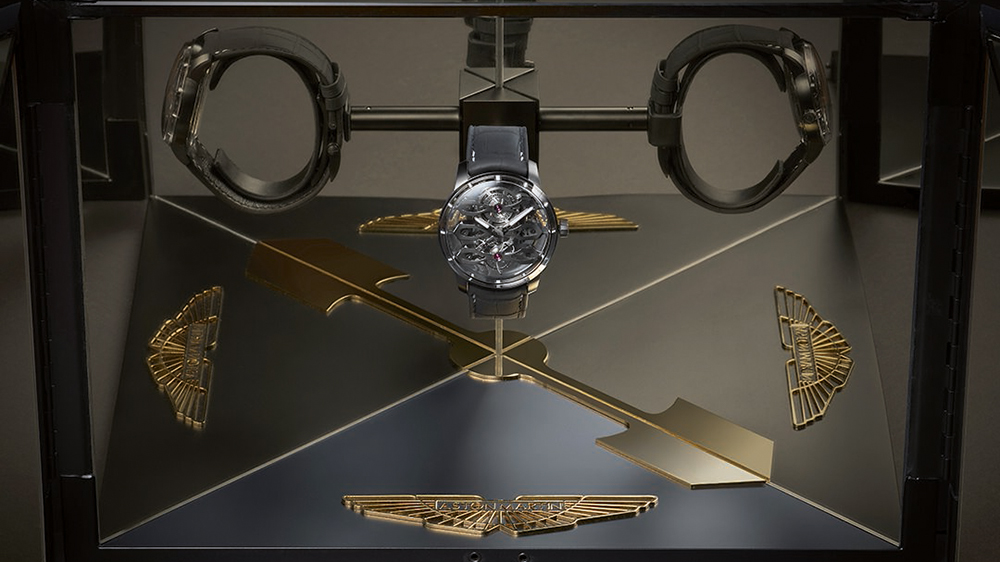 Not that it wasn’t a challenge to pull off. The original design dates back to 1867, and its mechanism is intricate to produce even now.  “We had to consider lines and proportion on a far smaller measure than we are used to in the realm of automotive design,” said Marek Reichman, Aston Martin’s executive vice president and chief creative officer, in a statement.

If you’re interested in calling one of these hyper limited edition watches your own, head to GP’s website to find a retailer.