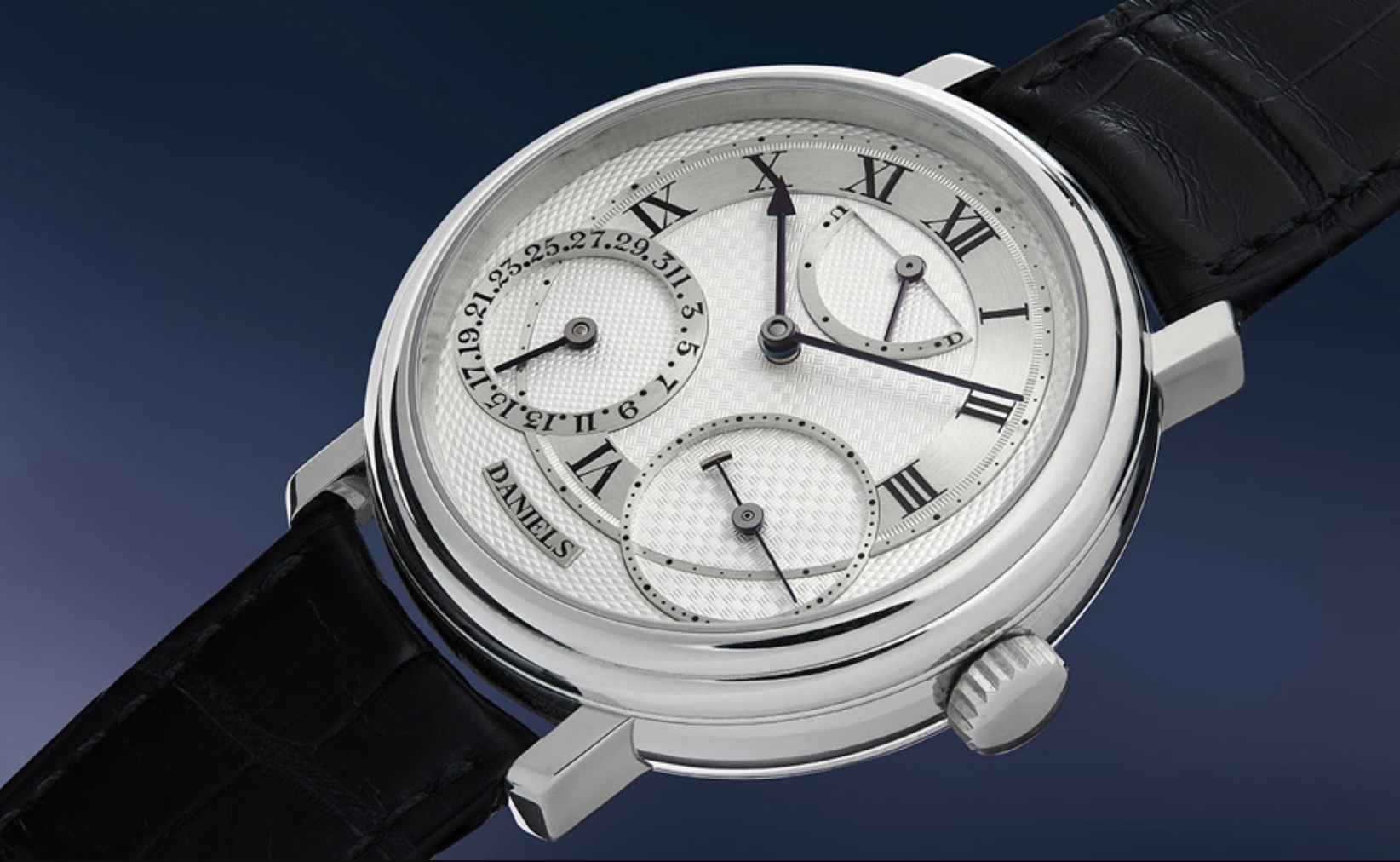 Both will be offered as part of a new spring watch auction in New York City.

Mark your calendars: Phillips just announced its first-ever spring watch auction in New York, which will take place on June 11 and 12. The sale will likely be a permanent one going forward with the Big Apple now hosting two live watch auctions a year.

“We’re very happy that we are able to do this is,” Paul Boutros, Phillips’ head of watches for the Americas, told Robb Report. “It’s our first live spring auction in New York. It happened because we got so many great watches that came in early. And when we had this core collection of amazing pieces we said, ‘You know what? I think we can do a spring auction.’ And it was really driven by the quality of the pieces that came to us in New York, predominantly from American clients.”

The Phillips Watch Auction: XI should be a blockbuster. The sale is offering two historically important pieces linked to the late master watchmaker George Daniels. The headliner is a platinum George Daniels Anniversary Watch (estimate: $500,000-1,000,000) which comes with the coveted serial number “00”—the first of just 35 produced. Daniels was famous for making very few watches, all by hand with traditional watchmaking tools. He made just 24 unique pocket watches and two unique wristwatches during his lifetime, due to the extreme difficulty with which he approached his work. He strove to make watches in the way the late masters from the 18th or 19th centuries would have made them rather than using modern technology and machinery, making his masterpieces among the most desired in the world by serious collectors. The Anniversary Watch was one of only two serially produced timepieces he ever created—just over 50 pieces of the George Daniels Millenium launched in 1998 and 35 of the George Daniels Anniversary Watch launched in 2010—realized in partnership with his protégé, Roger Smith.

“This is the first time ever a platinum example has been up for auction,” says Boutros. “The last time we offered one was in May 2019 in yellow gold in Geneva. That piece was serial number 24. It was offered with an estimate of CHF 180,000 to 360,000 Swiss francs and it sold for CHF 456,250 [approx. $652,923 according to the exchange rates at the time].” Each of the series pieces was produced, cased and finished by Roger Smith in accordance with Daniels’ specifications. The Anniversary Watch was said to be a celebration of Daniels’ life’s work and number “00” is thought, according to Boutros, to have hardly been worn meaning it is in near perfect condition. Adding to its rarity is the fact that only four platinum examples were ever made.

Boutros says the American collector is parting with the piece to raise funds for watchmaking nonprofit organizations. A portion of the proceeds from the sale will benefit three organisations: The George Daniels Educational Trust, the Alliance of British Watch and Clock Makers and the Horological Society of New York. 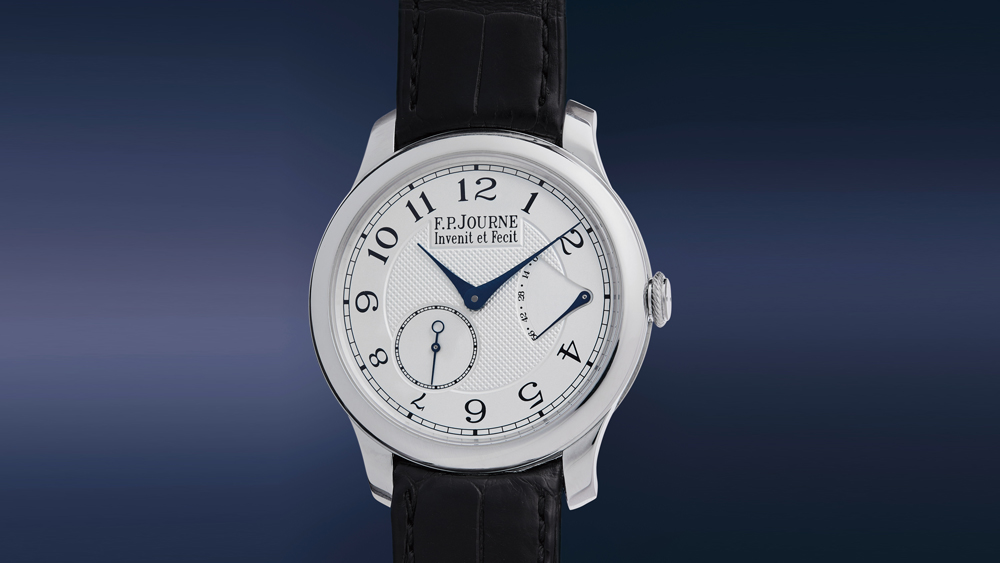 But anyone looking to get their hands on the Anniversary Watch will likely also be eyeing the platinum F.P. Journe Chronomètre Souverain (approx. $334,00 to $668,000) up for grabs. The watch was gifted to George Daniels by the modern master, François-Paul Journe (another indie darling whose pieces have been skyrocketing on the auction block in recent years). It was gifted to Daniels as a tribute to their friendship and comes with a personalized engraving on the hand-finished 18-carat-pink-gold movement reading, “FP to George Daniels my Mentor 2010.” Both watchmakers shared an appreciation for the work of 18th-century watchmaker Abraham-Louis Breguet, and the lot also comes with a signed letter from Journe, written in French, that reads, “Thanks to your publications as The Art of Breguet or Watchmaking, I have patiently learned on my workbench to make my first watch, you know the rest.” 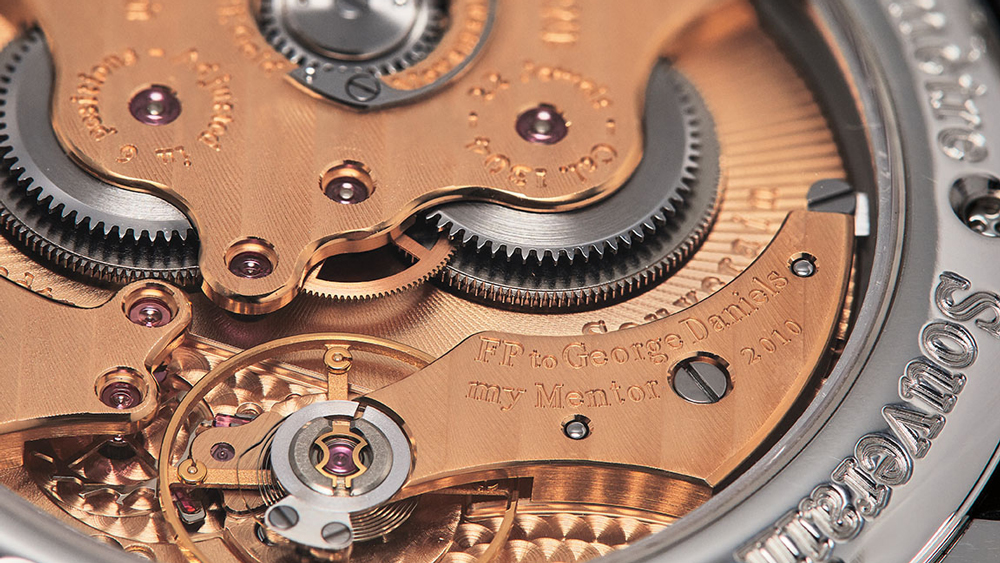 “It’s a very special piece of contemporary watchmaking history with two of the greatest names of 20th and 21st-century watchmaking in one,” says Boutros of the Chronomètre Souverain. “And how rare is it to have the name Daniels on the movement? He gave [the watch] to him in 2010 and shortly afterward, George Daniels passed away, so it was probably one of the last watches George Daniels ever received in his lifetime.” It is not the first time it has appeared at auction, however. It was sold in 2012 when pieces from George Daniels’ collection were sold after his passing. Just last year, it was sold at Christie’s Hong Kong for $556,000. But like the Anniversary Watch, it is said to be in a “nearly unworn condition” and comes from the vault of an American collector. 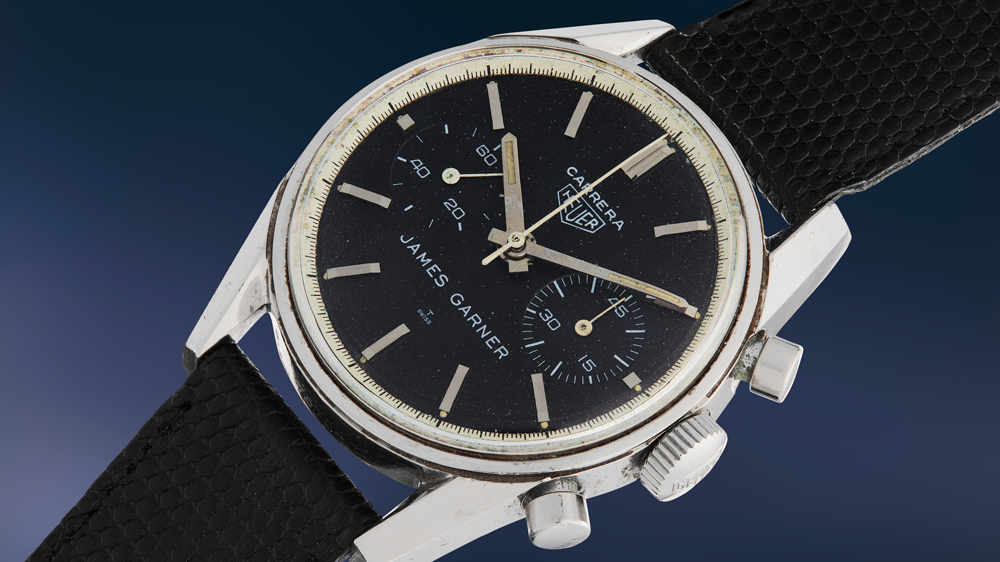 Heuer Carrera from the Collection of James Garner Phillips

Finally, it wouldn’t be a Phillips sale without a celebrity moment. A Heuer Carrera (estimate: $26,000-$56,000) from the collection of American actor, James Garner, is also hitting the block. Consigned directly by his daughter, Gigi Garner, the manually-wound Ref. 2447 model was worn by the actor in the 1974 flick, The Rockford Files, and sports his name printed on the dial. The Heuer Carrera has long been tied to automotive racing. Garner was not only an Indianapolis 500 pace car driver (a safety car that limits the speed of the automobile on the race track), but he also produced and starred in the 1966 movie Grand Prix. He was said to be one of the few actors skilled enough to train with a professional racer and, according to his daughter, it fueled a lifelong passion that saw him attend at least 40 Indy 500s. The Heuer Carrera on offer was his daily wear. 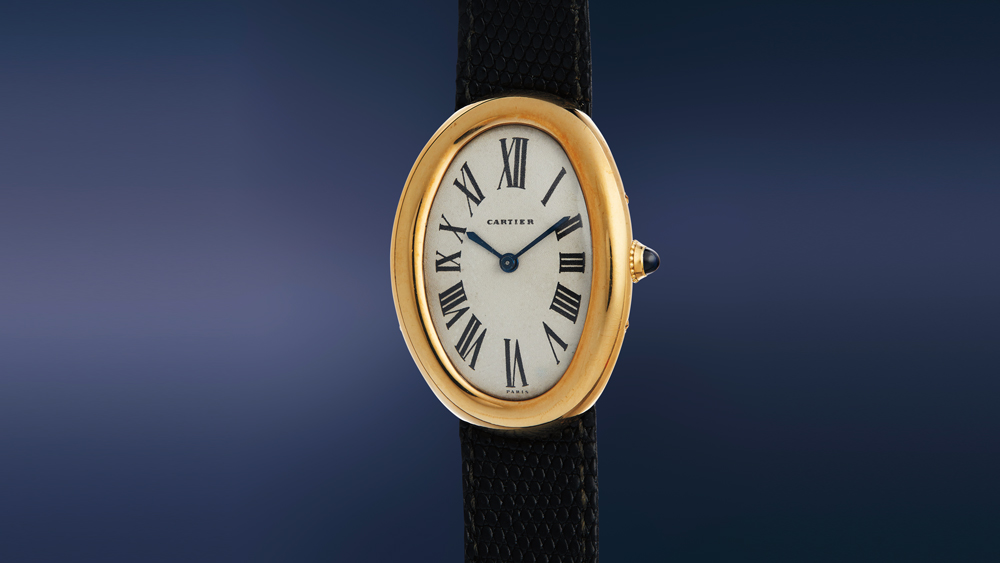 Cartier Baignoire from the Collection of James Garner Phillips

But there are some affordable pieces in the lineup including a few Cartiers once owned by Garner, including a Baignoire, a Tank and a two-tone Santos. All three have an estimate between US$1,000 to $2,000 and are being offered without reserve. A portion of the proceeds of Garner’s watches will benefit the James Garner Animal Rescue Fund. 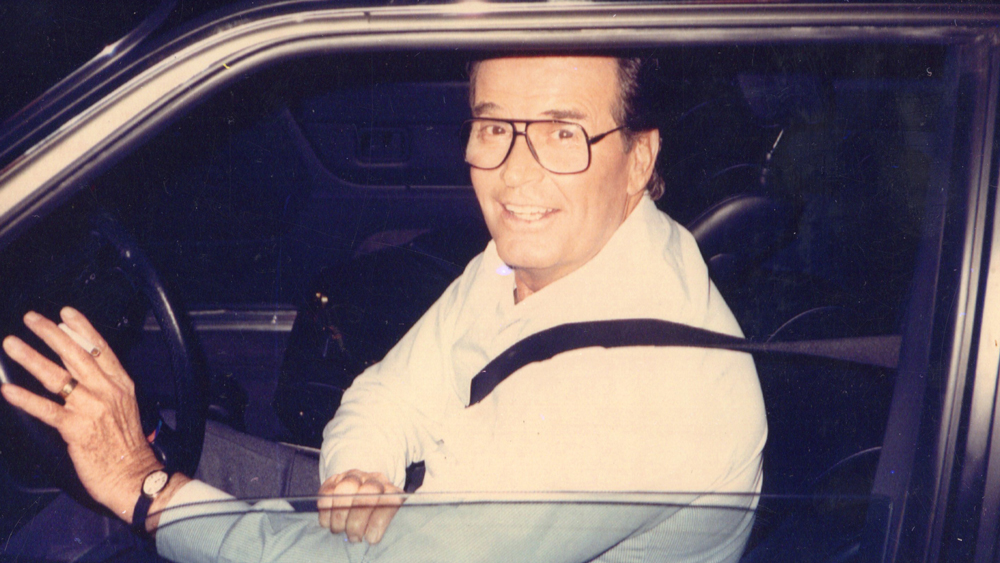 Start your engines and fire up your pockets.