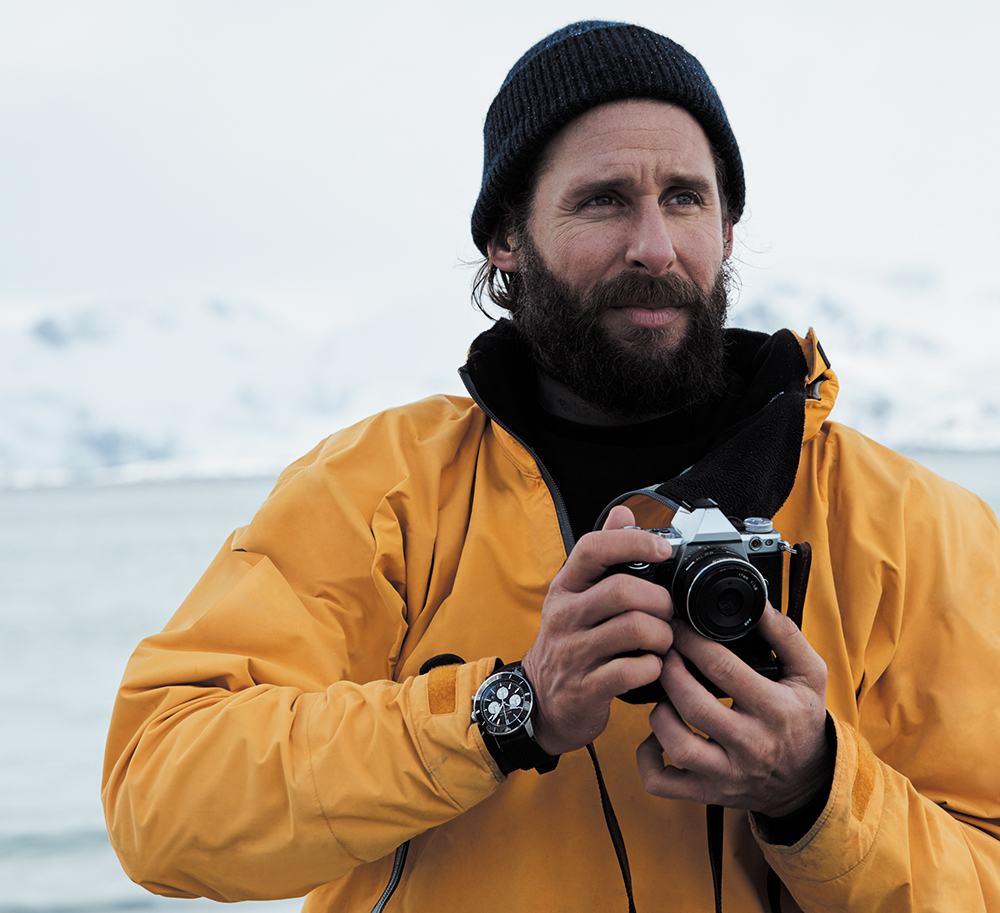 David de Rothschild On The Need For Environmental Change

And why it’s alright to call him ‘Dave’.

To sit with David de Rothschild is to sit with preconceptions.

It’s the last name that does it – a gilded announcement that speaks of impossible wealth, a family of finance, of billions and banks and dark layers of alleged conspiracy and claimed global gloom. Or worse.

It’s said gently, in tones that point to an elevated schoolyard experience, one of those with year-round blazers and regulated sock lengths, a hair policy and shirts tucked and shorts in summer.

De Rothschild has certainly moved along from such today – bearded, hair stretched well below the collar, arguably a little bedraggled and dressed in clothing that’s flowing and free of too much structure.

He sips an offered lemon-coloured cocktail stood tall in a martini glass and smiles. His eyes crinkle. Any assumptions are immediately crushed.

“I know some people are like, ‘Look at that posh London twat with his stupid long hair’, and if you look online, I’m some Jesus Christ Devil Fcker worth ten billion dollars – I’m not. And [my family] fcked the planet and controlled the federal reserve and there are so many conspiracies about what we’ve done. But you know what, at the end of the day, people are always looking to pigeonhole you – and a surname, it only comes after a first name. And I’ve always just been David – people here call me Dave – but, yeah, I’ve been David my whole life.” 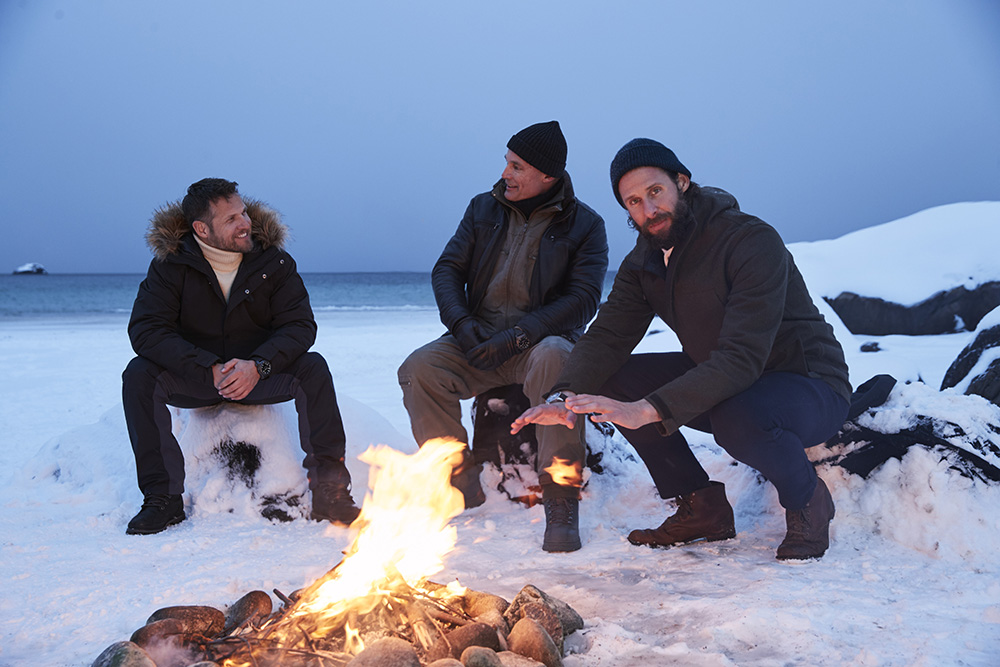 It’s not to say the 41 year old shuns the family name, nor the privilege it’s allowed.

“I’m not distancing myself from it, because everything I have today, in terms of the opportunities I’ve had, the capacity I’ve had to think freely, was due to where I came from and that is an amazing gift.

“To be able to not worry about where my next meal comes from, to be able to feel the security and the safety of being in that environment, to be able to say, ‘I’m going to be an environmentalist, I want to be an adventurer, yeah, that’s what I’m going to do’ …Man, I genuinely wake up every day and feel super privileged for the opportunities I have – to have a voice and to talk about the things that I do.”

It’s why de Rothschild is back in Australia – to talk. To talk and to listen.

The week before we meet he spent time on the Great Barrier Reef – talking, listening, observing. “It’s not dead,” he offers. “And we can’t go around thinking this, we can’t write it off.”

“I like what these guys do and they’re super-supportive … And, again, you know, it’s another way for me to have a platform to tell stories, for Breitling to be a message piece and to get to an audience I never get to, and that makes me happy.”

So too does being in Australia – a place de Rothschild spent time in his early 20s, collecting a coterie of Bondi friends who remain close to this day.

“It was fun man, too much f*cking fun at times. But it was also the time of the Olympics and everyone in the city was super-pumped. I was actually between Sydney and Melbourne and was out here to finish my degree [he studied natural medicine and trained as a naturopath] with Nature Care, part of the University of New South Wales.”

It was on a break from that study, back in London, that his life came to a crossroad and which led, ultimately, to here. After working with Sculpture by the Sea (and forming a foundation, Sculpt the Future), de Rothschild was eager to embrace adventures new – and jokingly put it to an ex-girlfriend that he wanted to ski across Antarctica. She knew of an expedition. He signed on.

“I hadn’t read Scott [of the Antarctic] and couldn’t do a one-arm push-up, and I totally bullshitted about my experience and what I’d done in the past and they said I could be part of the support team. F*ck that – I want to be on the mission and someone then got injured and so I did, and in 2004 I skied across Antarctica.”

He returned eager to talk about the experience.

“It could have been about, ‘Wow, how amazing is what I’ve just done’, but I wanted to start talking about these incredible ecosystems that are bigger than us – and my life changed at that point, that was the start of all of ‘this’, and that was on the back of living in Australia.”

‘This’ has seen de Rothschild also venture to the North Pole to highlight global warming and also sail a boat made of repurposed bottles, the Plastiki, between San Francisco and Sydney, to highlight the Great Pacific Garbage Patch. Then there’s his eco-conscious fashion line, The Lost Explorer. 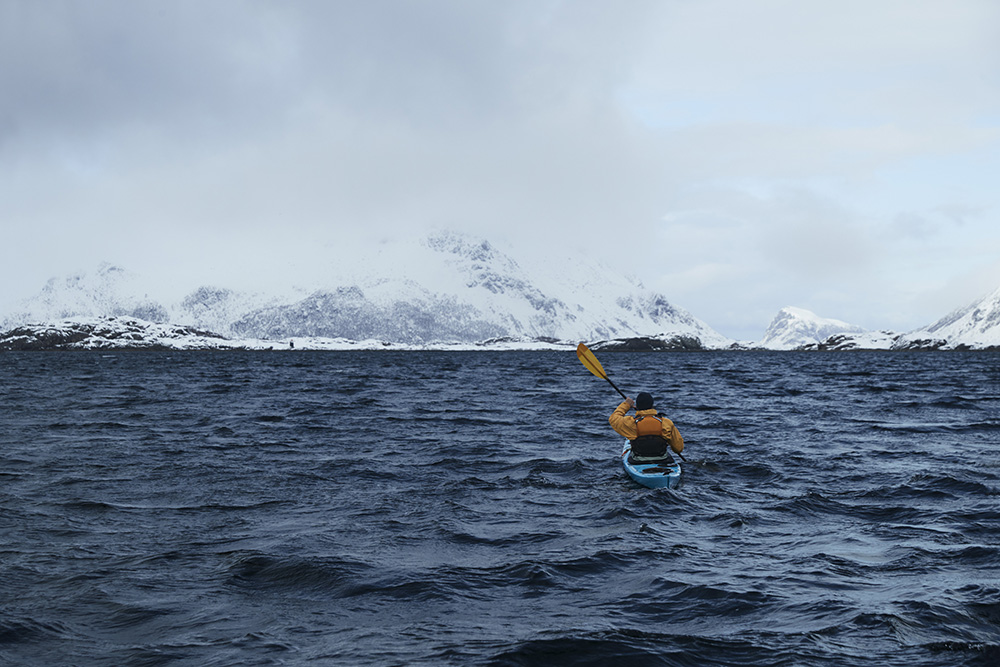 The general description that drapes de Rothschild is that of adventurer, ecologist and environmentalist. He prefers “jack of all trades, absolute master of none” and he’s quick to state that he doesn’t hold
the answers.

“I’m not an expert. But I have been given a great position from which to tell stories and to be honest about what’s happening around us – and to try and connect with people.”

His stories are delivered with a tremendous sense of passion, by a man who clearly cares and is desperate to see change.

Central to that battle is the very simple notion of tangible engagement – that for environmental messaging to truly take hold and drive heightened levels of action, we need to interact beyond the heavily populated urban clusters most label ‘home’.

“That’s exactly it, we’re detached … Number one, right, is that we live with an outdated brain model, so from an evolutionary standpoint we’re now more afraid of camping in the woods than losing the woods; we’re more afraid of being eaten by a shark than losing a species – our brains haven’t caught up to modernity.

“Number two, we’re all shuffled into the urban environment – 70 per cent of us [predicted to be living in cities] by mid-century and our touchpoint to nature is generally through advertising and media. So if you think about that in terms of a news story – that’s fire, flood, famine; horrible things, it’s negative. So we have this fear reaction to nature and just say, ‘f*ck it’.”

“That’s what I call it – we’re all glued to [David] Attenborough and National Geographic or whatever and there’s this amazing whale breaching and an eagle comes and eats a fox. But then when we get out in nature,  we’re like – ‘where are all the whales? And the dolphins, where the f*ck are they?’ Well, we killed them all.”

“I swear too much, I know,” he offers. “But then we’re all f*cking idiots. Nature is simply saying, ‘Hey, I need a break – maybe don’t eat tuna for five years and the ocean will be teeming with tuna and we can eat it again’. But as humans, I also understand that we get distracted by the huge human element – we feel empathetic towards things and then we also quickly become apathetic; we read that the Amazon is crumbling, but then, you know, ‘I’ve got to work and this and that and feed my kids.’ We get distracted, we don’t make the connection that no Amazon means no breath; no ocean means no breath.

“Look, I’ve never met someone who said, ‘That tree deserves to get cut down, that dolphin deserves to die the little f*cker’…. No. We love nature, it’s in our DNA, we look at it and it makes us feel complete. But what happens is that we remove ourselves and see these things happening and then find it very hard to orientate ourselves to get involved.”

He admits that sometimes those of his ilk don’t help.

“As environmentalists, we’re like the undertakers of the environment – we tell you what’s wrong, we don’t tell you what’s right. We come in and go, ‘This is wrong, you’re to blame, oh and give me some money.’ And people are like, ‘f*ck off’.”

So what encourages him to keep going – to keep pushing against the short-term agendas of global governments and a top-down approach that continues to value profit over a sustainable natural future? Ultimately, what gives him hope?

“Cocktails and dreams and good pingers,” he says, laughing. “No, I look at the awesome things we’ve done – we’ve built telescopes that have figured out how a star is created, we’ve understood virology and how to solve incredibly complex mathematical situations and diseases and we’ve improved our quality of life.

“And so what gives me hope is that when we actually work together we can achieve incredible things. And so in some way, if there was a date or a deadline for the planet, say in 2022 a meteorite was going to smack into the planet we’d come together and this conversation would be totally different; it would be about the fact we have to work together to solve this crisis. And we have to remain optimistic and more than that, we have to start listening and start acting. Even though we may be talking more and more people are now doing things – winning slowly is still losing.

“We’ve had the same conversation for 20 years and who’s to blame – are you to blame for not listening? Or am I to blame for not telling a compelling enough story? I think we have to come together and at least meet in the middle. This is our watch and we need to get in there and change the system.”