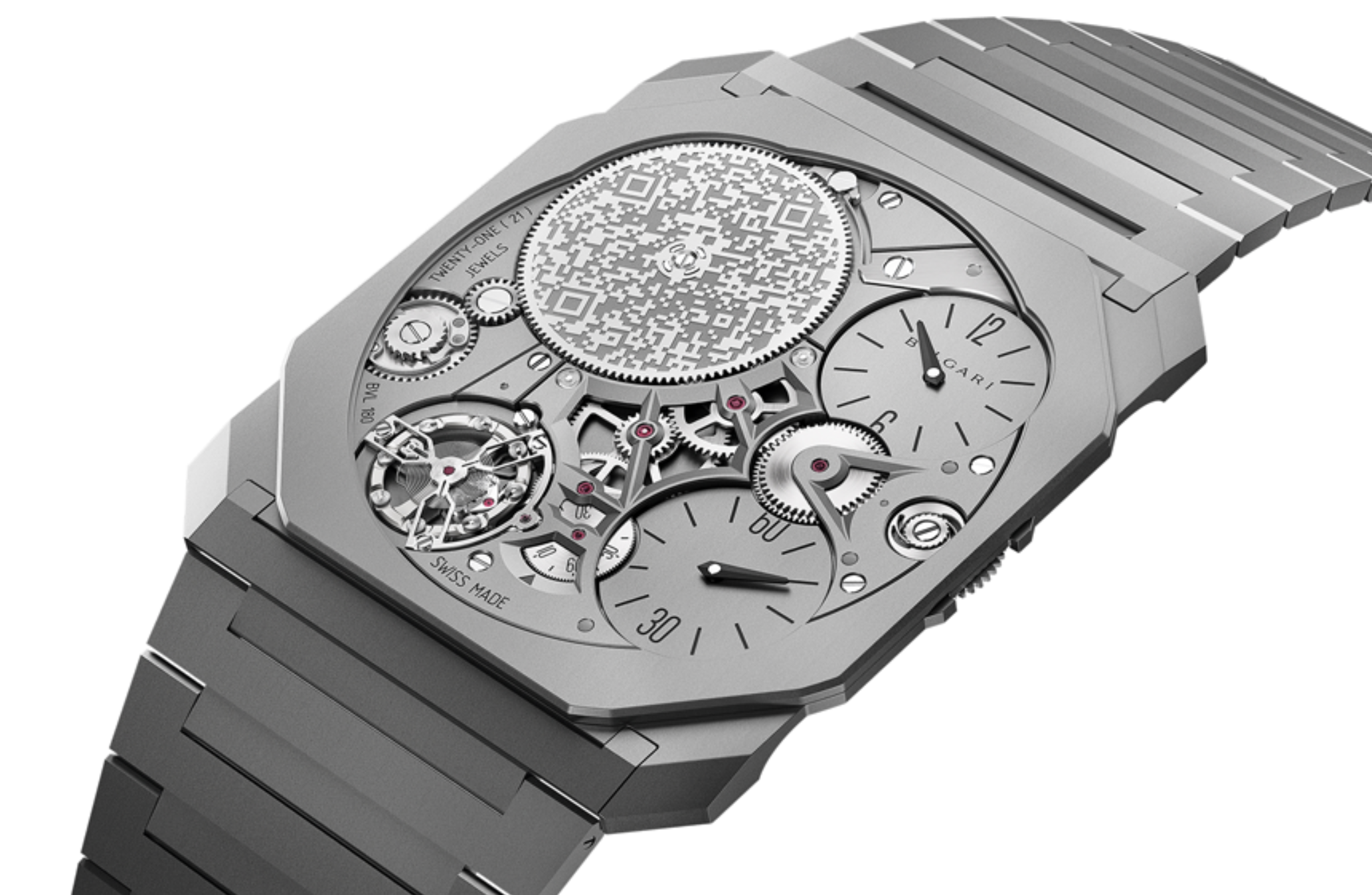 The eight-sided ‘Ultra’ model is the company’s eighth record-breaker in eight years.

Just when you thought Bulgari couldn’t go any thinner…

The Italian jewellery and watchmaking house just dropped the Octo Finissimo Ultra, which takes the world record for the thinnest mechanical watch ever created—the eighth time the house has set a record for thinness. 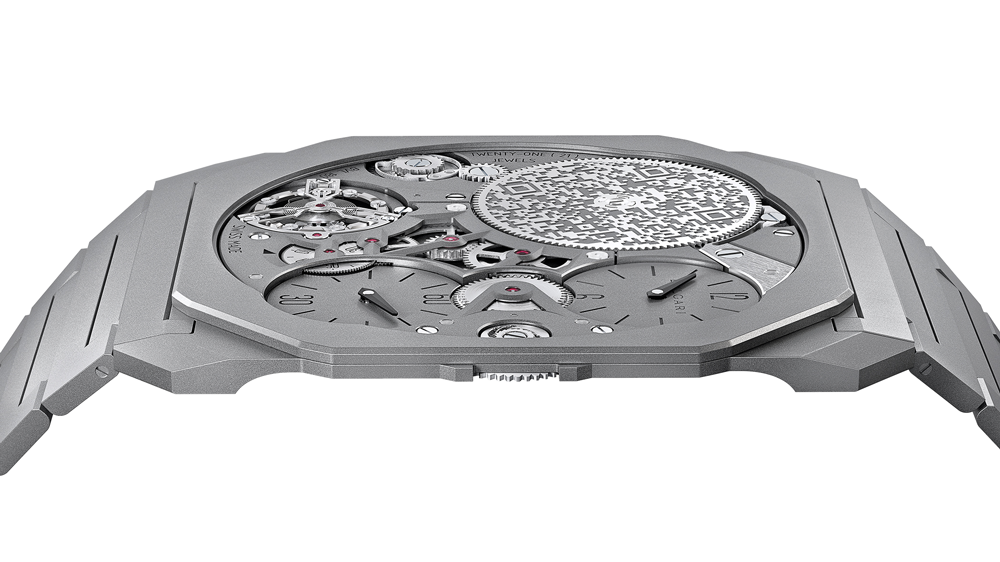 There’s no shortage of talking points when it comes to the €400,000 watch (approximately $595,800 at current exchange), just 10 units of which will become available towards the end of the year. For a start, its record-breaking thinness wowed watch-lovers gathered today at the piece’s launch at Rome’s Pantheon—just one of that city’s architectural gems which inspired the Octo’s design tenets. At 1.8mm, the Ultra’s thickness is akin to two credit cards held flush together. It is so slim—any slimmer, in fact, and it’d look like it had been spray-painted onto the wrist—that there is no crown for winding/time adjustment: instead, it comes with a custom-made box that replenishes its 60-hour power reserve and regulates its timekeeping. 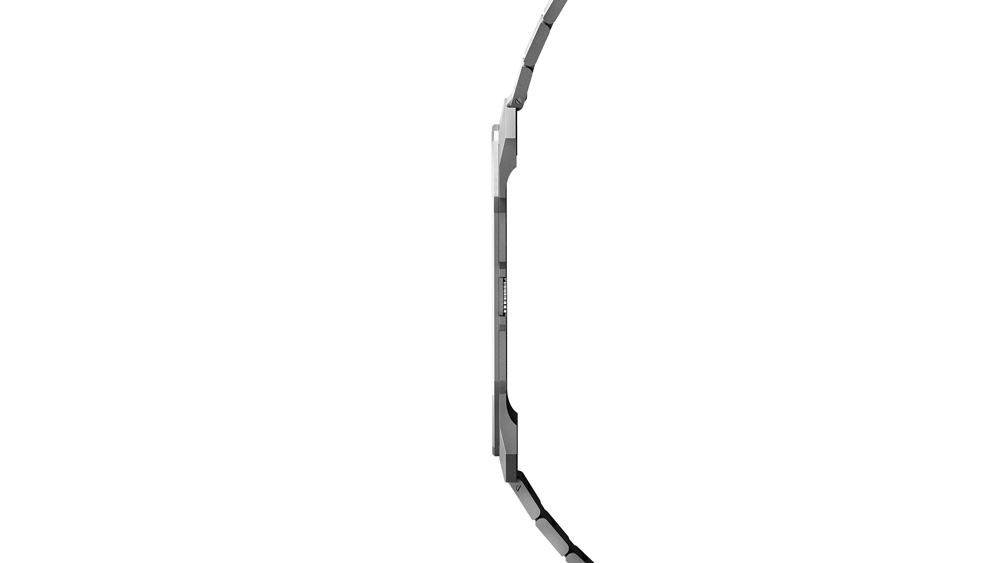 Then there are its striking looks: its 40mm, sandblasted titanium case and bracelet somehow blend industrial chic with the kind of dressy sophistication Octo Finissimo wearers demand. Hours, minutes and seconds are displayed in three sub-dials which, along with visible gears and cogs, make up a cluster of various-sized, rakishly off-kilter spheres on a dial that is domed gently by a layer of sapphire crystal.

The fourth, and largest, sphere in that mix contains a wealth of extra information—none of which can be discerned by the human eye. Rather, it’s a QR code that has been engraved on the barrel, leading owners to a repository of feature interviews, making-of segments and a virtual 3-D tour of the movement. Each piece also comes with an original NFT artwork.

According to Bvlgari’s executive director of product creation Fabrizio Buonamassa Stigliani—who has referred to the Octo family as “the fusion of edgy Italian design and Swiss engineering”—achieving this feat involved completely rethinking the existing tenets of watch design and construction. “From the very first meeting, we said: ‘OK, we have to start from scratch,’” he told Robb Report before the aforementioned launch, in an office at Bvlgari’s flagship boutique near the Spanish Steps. “We have to utilize every bit of room within the octagonal shape to achieve this kind of result. We’re not obliged to have a similar dial to previous versions—we have to spread out the movement.” 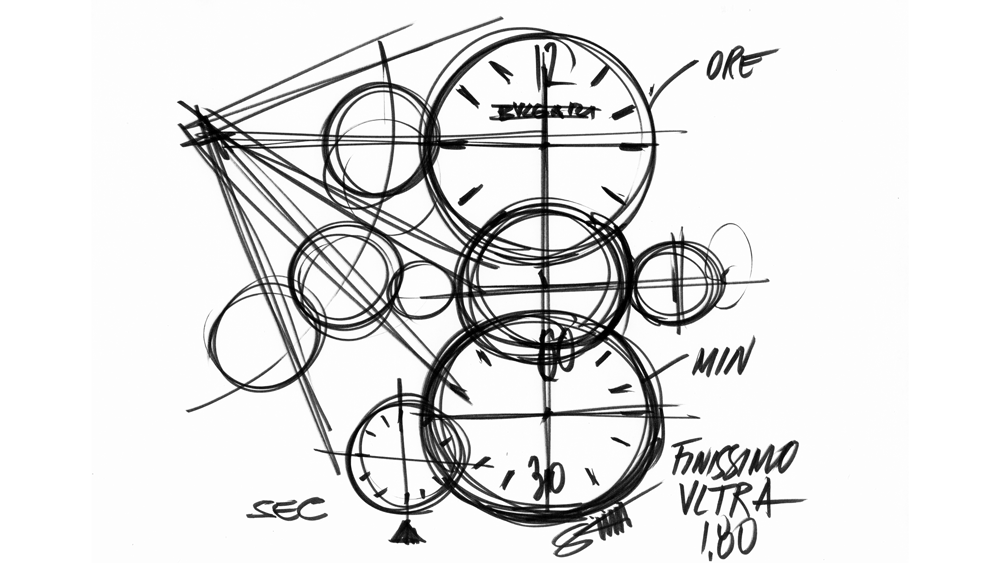 Here, Stigliani grabs a red pen from his desk and, with swift, deft strokes, recreates that cluster of circles that makes up the Ultra’s dial—as elegant a case of precision design posing as off-the-cuff disorder you’ll ever see—on a sheet of A4. “We also had to rethink the bracelet—something the Octo Finissimo is very well known for,” he continues. “We already had the invisible buckle: but we had to make a brand new one, less than half the thickness of the existing one. To achieve this degree of thinness, you not only have to review your way of thinking, but you must also draw upon a wide range of skills, play with multiple materials and adapt to a multitude of new constraints.”

Bvlgari, which began life as a small jewellery emporium, opened in 1884 by a Greek immigrant just a couple of miles east of the Vatican, has introduced a host of game-changing pieces to the horological canon. Its first foray into watches, lest we forget, was the Serpenti pieces—which adapted the Tubogas technique used for gas pipes in the Italian automotive industry in the late 1940s.

To date, the line from the Roman luxury house has earned world records including thinnest ever automatic movement (2.23mm), thinnest ever tourbillon movement (1.95mm), thinnest minute repeater (3.12mm) and thinnest ever chronograph (6.90mm). The eighth and final piece in the Octo Finissimo world record series, though, takes extreme slenderness to new levels: at just 1.80 mm thick, the Ultra is the thinnest mechanical watch, of any ilk, worldwide.

For those late in the room, the Octo narrative begins in 2012 with the release of the Octo L’Originale. Drawing heavily on the designs of a maestro who had died the previous year, Gérald Genta—the genius behind Audemars Piguet’s Royal Oak and the Patek Phillippe Nautilus, as well as the Bvlgari Bvlgari—the piece, like Genta’s masterpieces, featured an arresting juxtaposition of circular and octagonal shapes.

The flatness-focussed Octo Finissimo (the word means “very fine” in Italian) and the geometrically gentler Octo Roma lines followed in 2014 and 2017 respectively. Add up all the complications that have occupied an Octo case over the last decade (from minute repeaters to tourbillons via perpetual calendars), the materials – platinum, titanium, carbon, ceramic, rose gold, to name a few—that have been in the mix, and the variety of bracelets, straps and colours Bvlgari have applied to the lines over the years, and it’s impossible to assess how many iterations exist out there. What can be asserted confidently is that the collection has won over 60 international gongs, the latest being the “Aiguille d’Or”, awarded to the Octo Finissimo Perpetual Calendar at the latest Grand Prix d’Horlogerie de Genève last year. 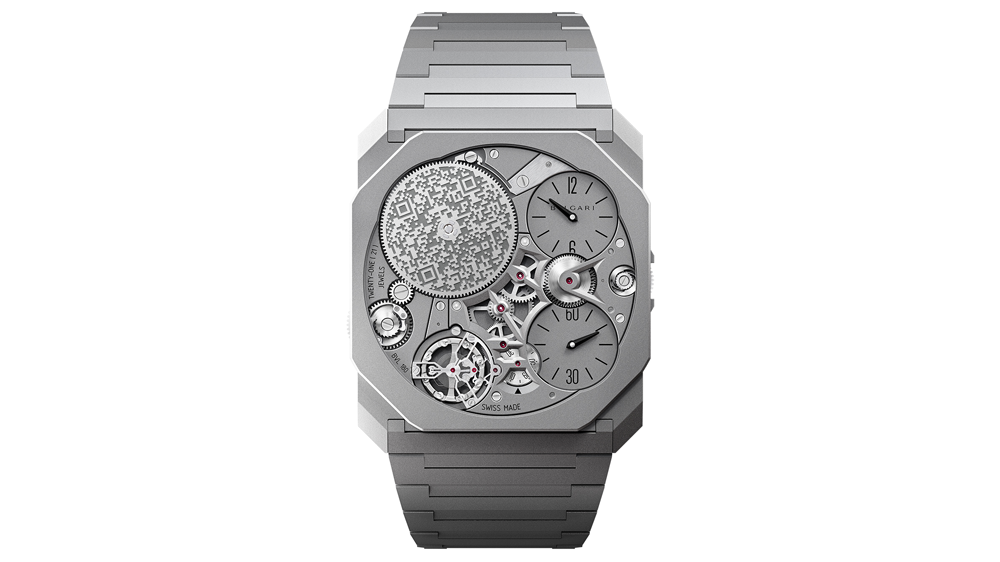 Many observers, however, will proclaim the new Octo Finissimo Ultra to be the most impressive to date, though, not only in terms of looks and engineering, but in terms of feel too: We’ve tried it on, and take our word for it—if a compelling book is “unputdownable”, this piece is among the most “untakeoffable” we’ve ever put on the wrist.