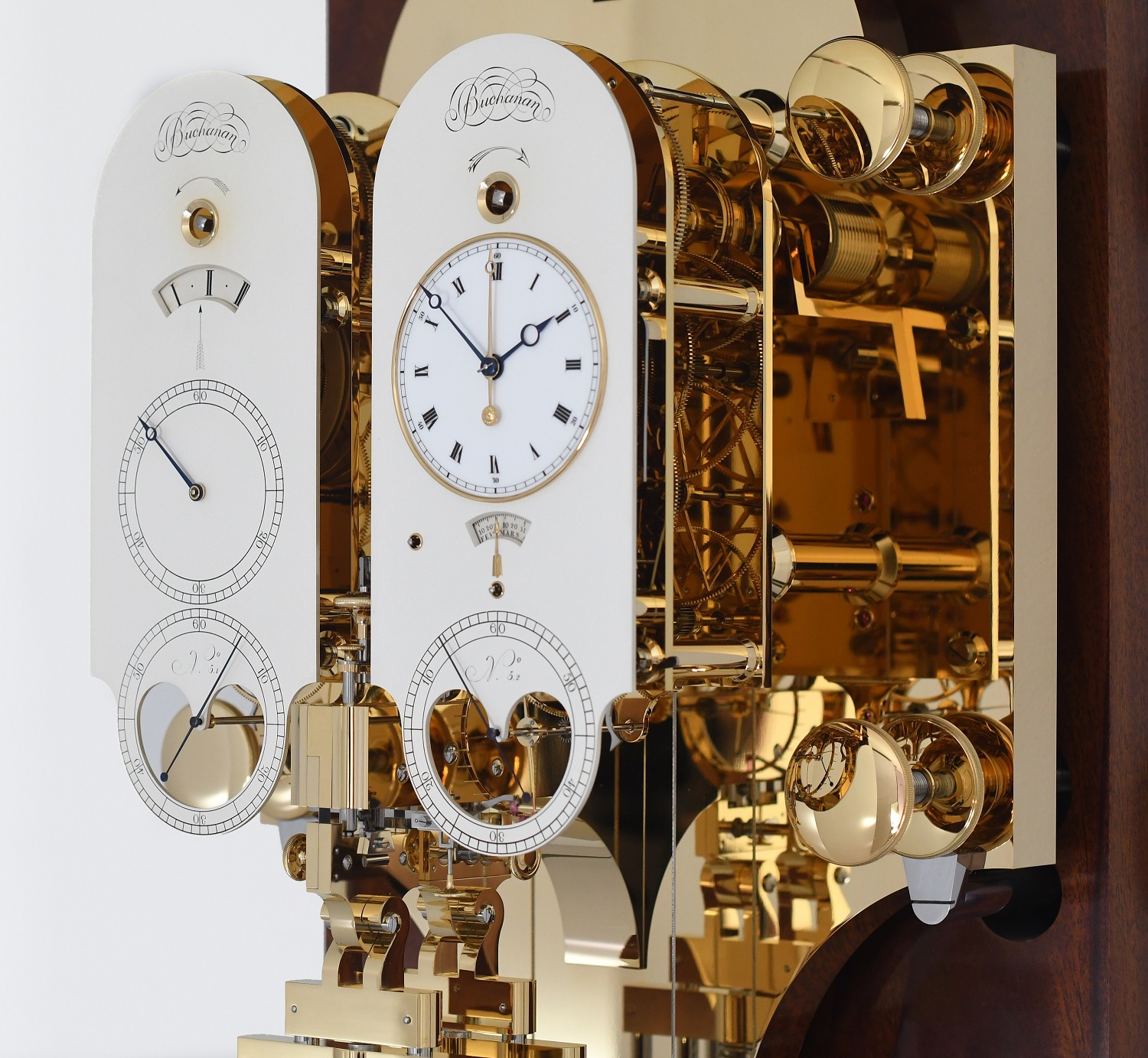 Introducing a masterful local interpretation of a piece from the French watchmaker.

You’d be forgiven for thinking that time moves a little slowly in many of Australia’s rural communities.

But Buchanan of Chelmsford, bespoke clockmakers now working out of Bowral, NSW, have been ticking along nicely (and precisely) since 1999.

Previously working to commissions, Buchanan’s latest creation, ‘Clock No.5’, is the first to hit the open market. Something of a passion project for the local atelier, the piece was heavily influenced by Breguet’s ‘Clock No. 3671’.

Buchanan was enamoured by the technicalities of Breguet’s effort, however, with most of its inner-workings cloaked in secrecy, the local brand was forced to take its cues and details from photographs – discovering new complications and considerations along the way. 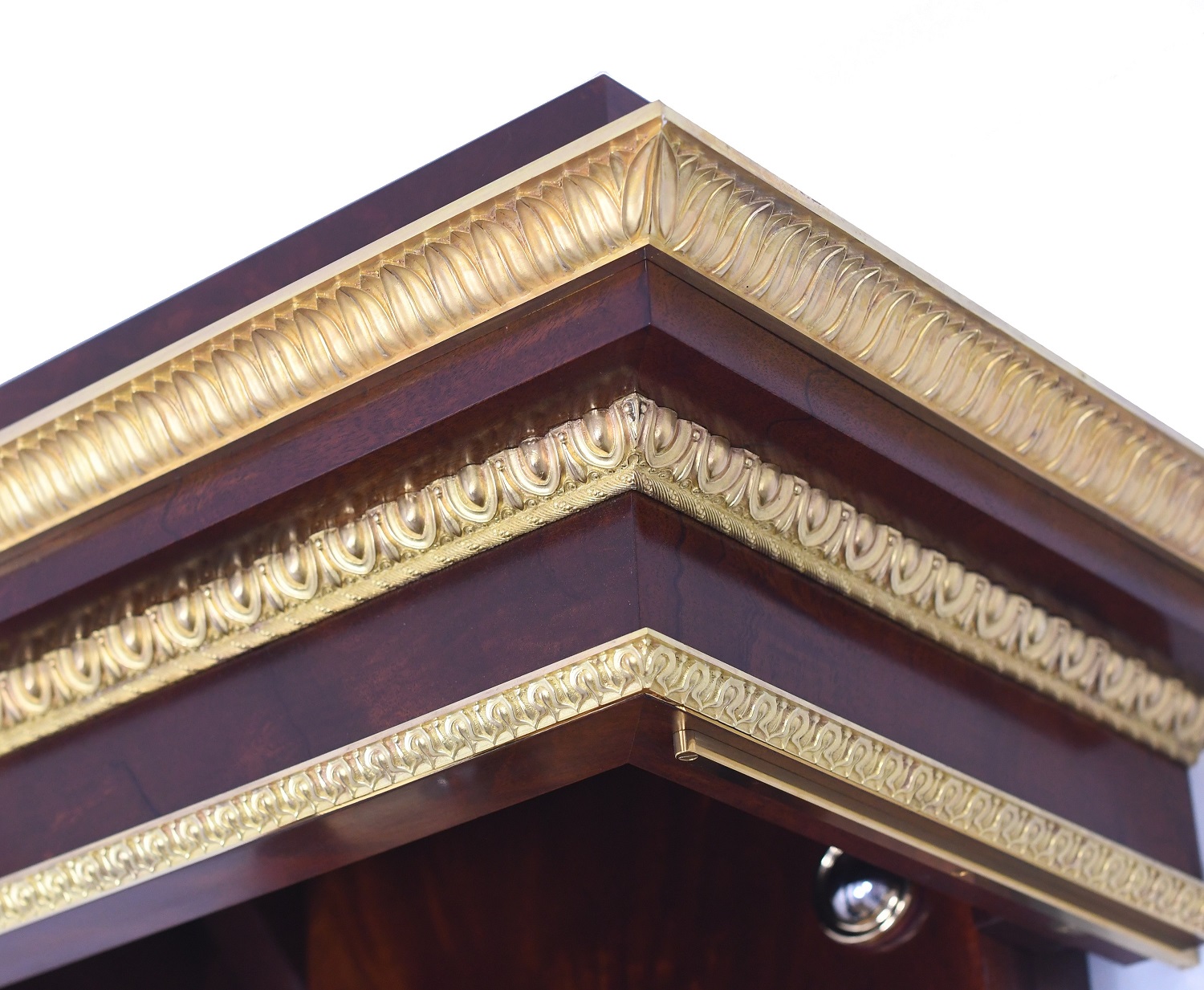 ‘Clock No. 5’ is a double pendulum – a technical feat that results in acutely accurate timekeeping. Breguet employed resonance theory into his clock which states that if the two pendulums that share a support swing in opposite directions, they self-regulate, making it harder to lose time. Even if the pendulum is bumped or disturbed from its cadence, its partner brings it back into line as efficiently as possible.

The Buchanan clock stands at an impressive two-metres with the mechanics encased in a mahogany veneer case that’s finished in a decadent French polish. 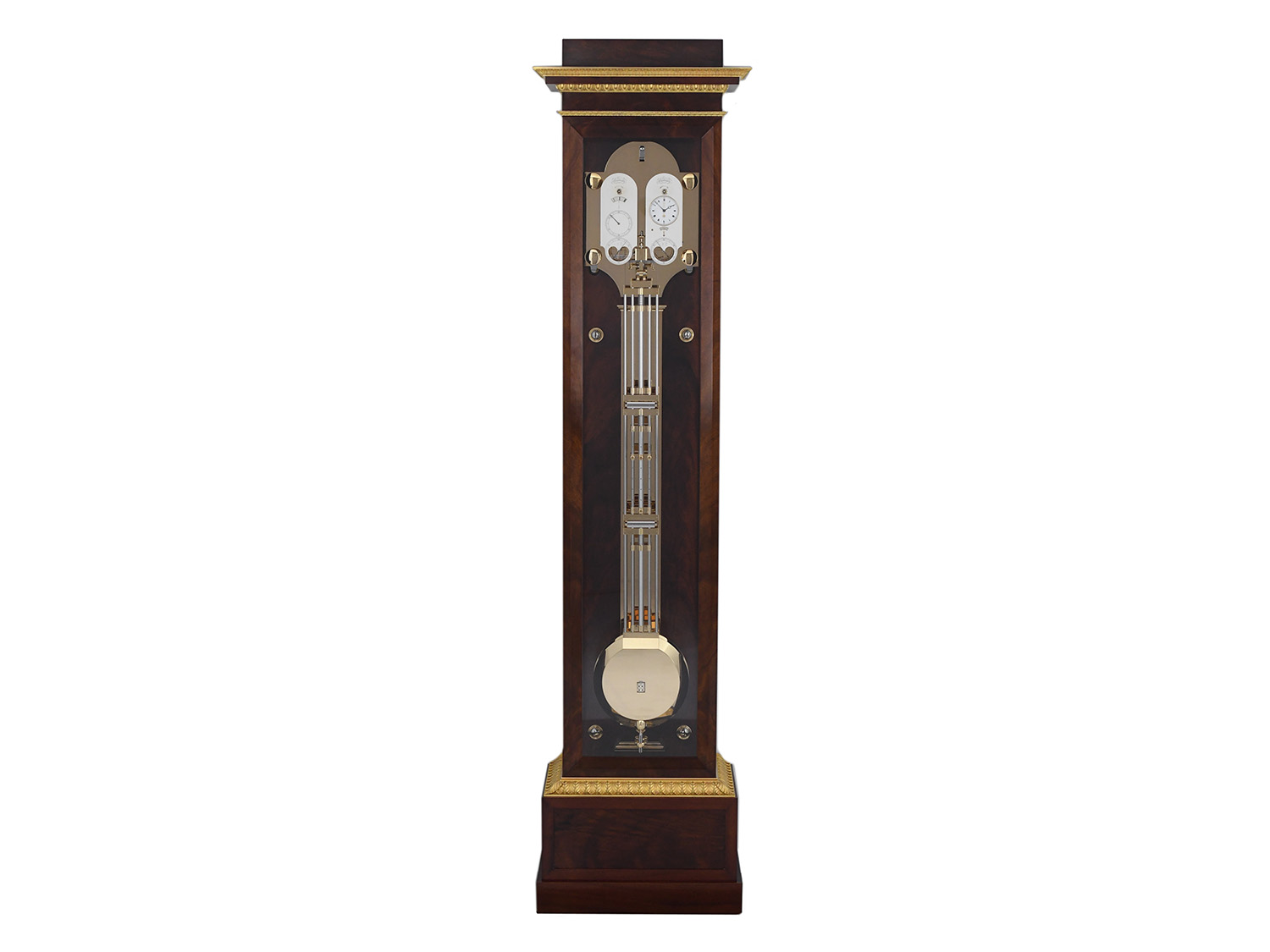 Given the results – we’re sure Breguet would have been impressed.