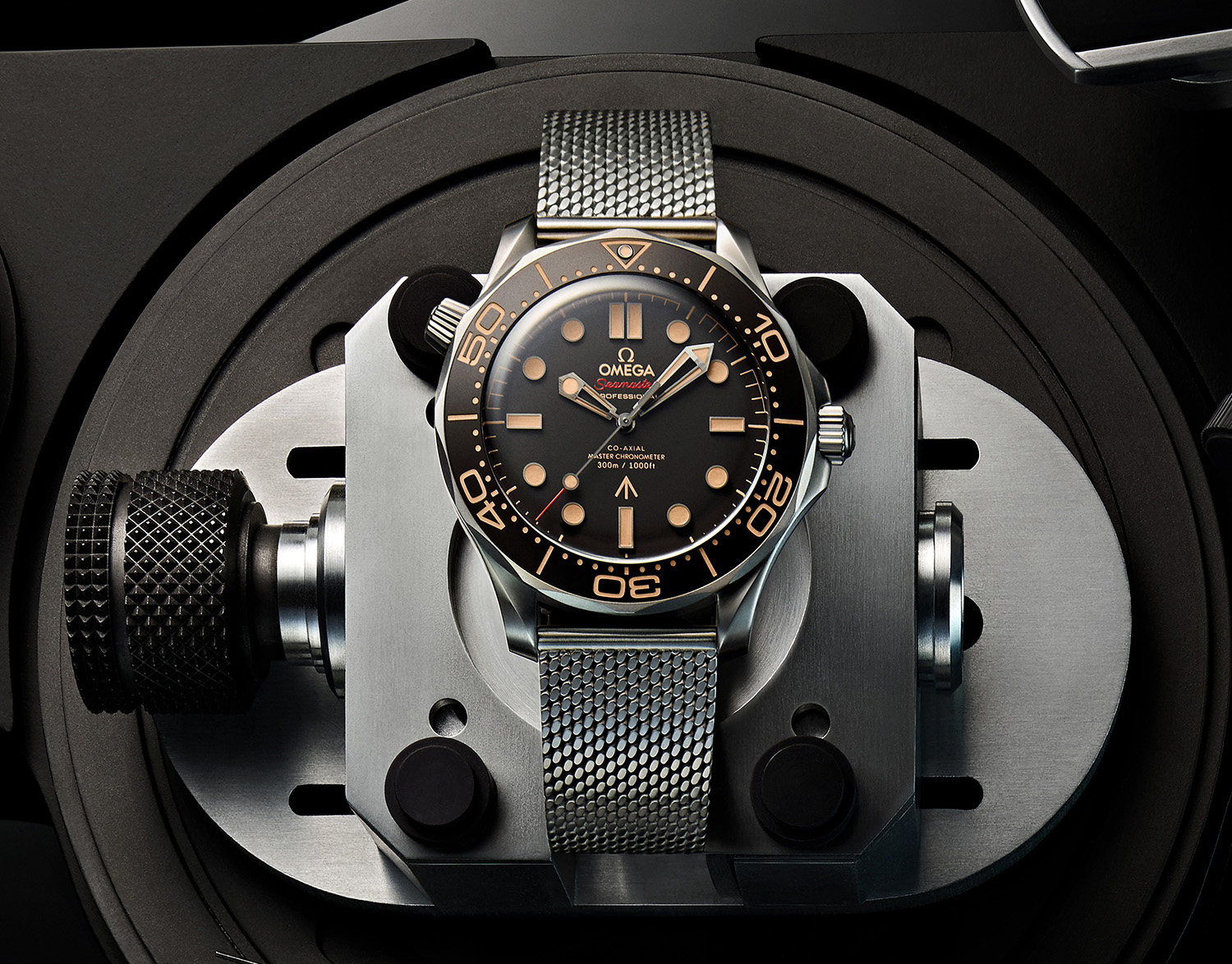 Daniel Craig himself helped to design the special edition.

To celebrate what is the 25th official James Bond film, No Time to Die, Omega – long-time favourite of Mr Bond – has unveiled the new timepiece to be worn by 007 in the upcoming film.

The Seamaster Diver 300M 007 Edition has been built with military spec in mind, with Daniel Craig and the 007 producers having a hand in the design process.

Craig says, “When working with Omega, we decided that a lightweight watch would be key for a military man like 007. I also suggested some vintage touches and colour to give the watch a unique edge. The final piece looks incredible.” 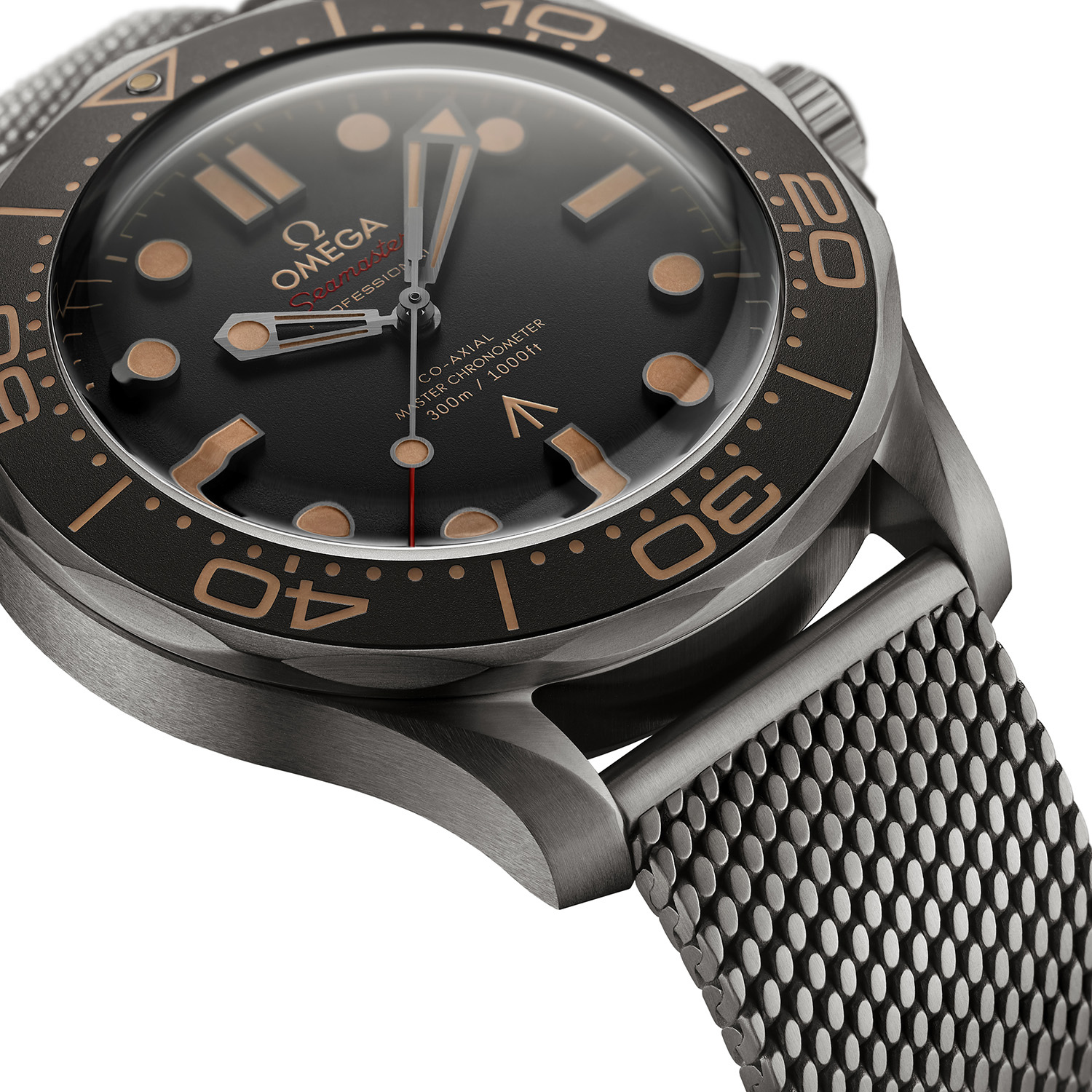 And with a weight-conscious M.O, the 42mm timepiece has been crafted from titanium, used for the case and mesh bracelet leaving the watch light on the wrist. To slim it down further, Omega has used a “tropical” brown aluminium for the dial and bezel ring.

Adding to the brown tones of the aluminium are the vintage touches of the SuperLumiNova which fills the diving scale, blackened hands and indexes.

On the caseback reads a series of numbers, all of which follow format for military issue watches. The codes refer to those used for Navy Personnel and a diver’s watch, along with the numbers 007, for the iconic agent himself and 62 for the year of the first Bond film. 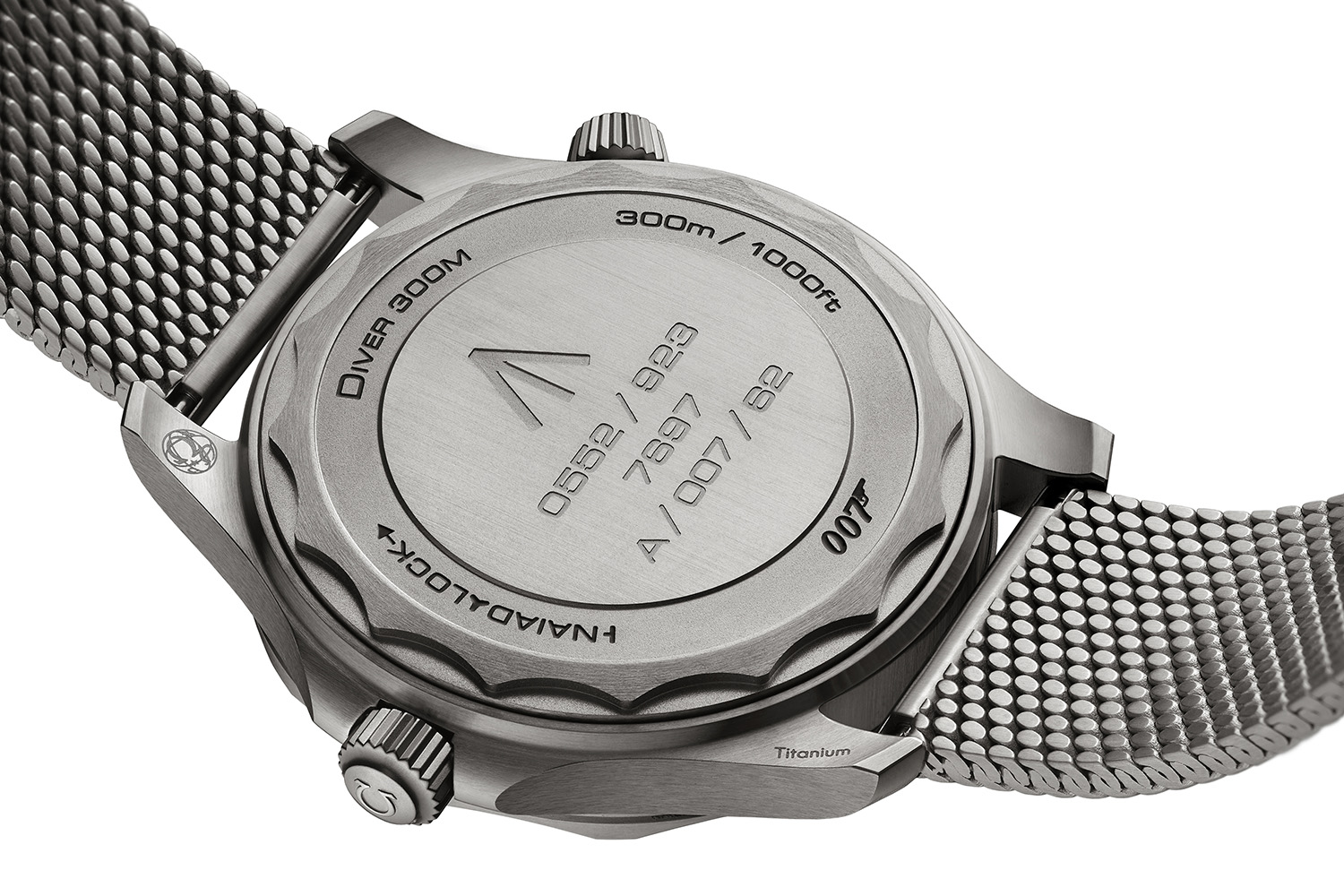 Not just aesthetically pleasing, the inside is driven by the Omega Co-Axial Master Chronometer Calibre 8806. And for those that want to give it a deep test, the watch is water-resistant to about 300m and comes with Omega’s full 5-year warranty

Made available in boutiques in February, the watch will be priced at $13,075.