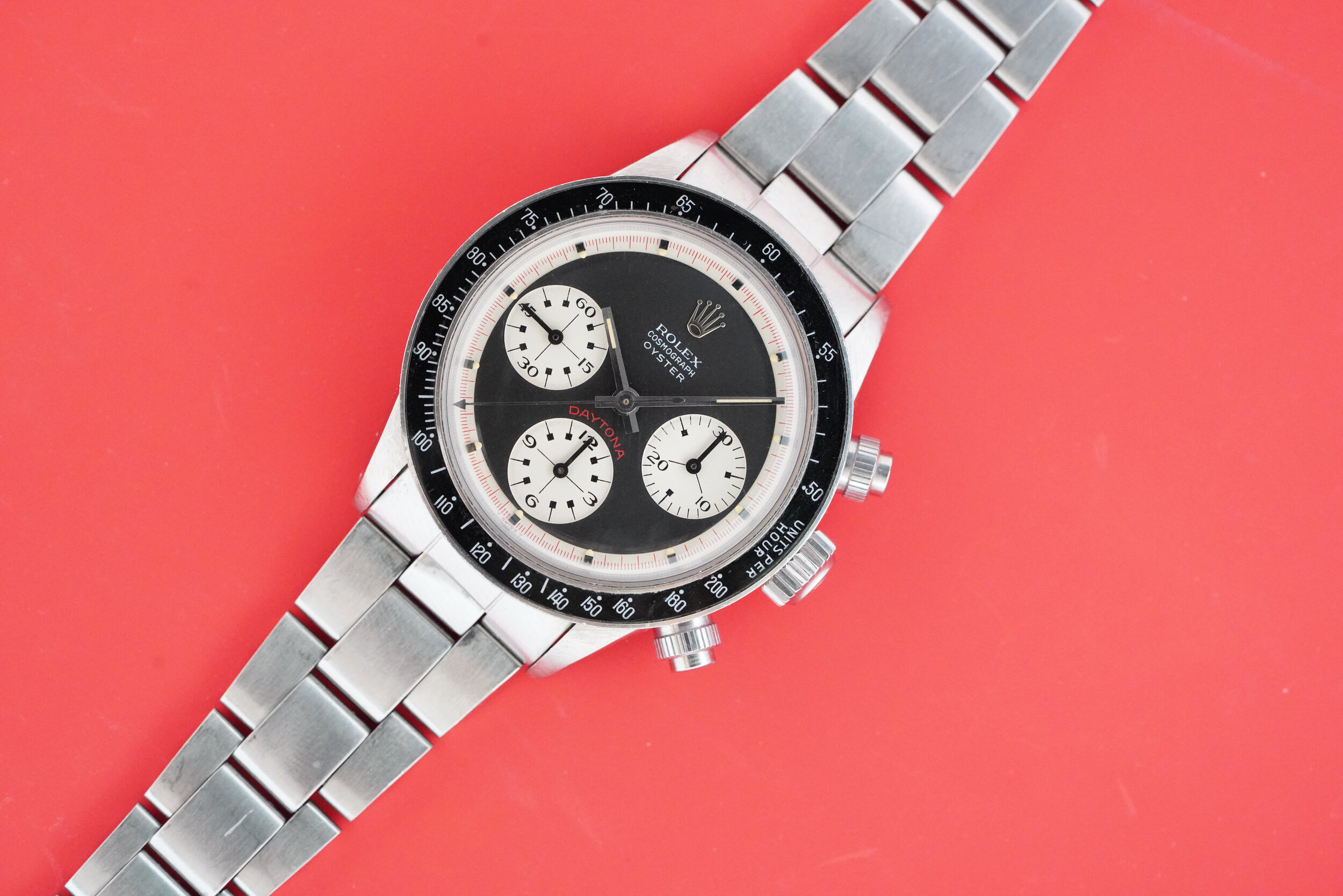 How to acquire this impeccable piece.

Another day, another Daytona…but not just any Daytona. Rolex’s famed Paul Newman Ref. 6263 remains the king of the auction block—hardly a sale goes by without one on offer for astronomical prices. Nevertheless, only the well-funded few get their hands on one. An extremely rare variation on the Ref. 6263, an RCO also known as the Oyster Sotto (Oyster Below) because “Oyster” was added to the dial below “Rolex Cosmograph,” has come up for sale through top vintage dealer, Eric Wind of Wind Vintage. It is a Mark I, the earliest iteration of the model, and features original screw-down pushers with a 7835 Swiss bracelet with 271 end links.

There are only 25 known Rolex Oyster Sotto Paul Newmans with black Mark I or Mark II dials, and this one is in mint condition. Past examples have sold for north of $1.4 million. Another rare Paul Newman, a gold John Player Special, sold at Sotheby’s earlier this month for $2 million, achieving three new records for the auction house. “The market is really on fire,” says Wind. “So, I’m pretty excited to get this watch and be able to offer it for sale.”

Wind first dialled in on this Oyster Sotto model back in 2014, when it quietly came up for sale at an under-the-radar auction house, Kaplans, in Sweden. Back then, he was a watch enthusiast writing articles for the watch-centric site Hodinkee, before he became a senior watch specialist for Christie’s and later went on to found his own vintage watch business. The unaltered vintage watch was brought to the house by the original owner and sold for 4,850,000 Krona or approximately $840,000, according to exchange rates at the time. Its top estimate was 1,500,000 Krona or approximately $280,000. “I don’t think they knew it was worth that kind of money at the time,” says Wind of the original owner. “It’s in incredible condition and the nicest RCO I have seen.”

The watch, which has a 37.5mm bezel and a 36.1mm case, dates to around 1969 and has a manual-wind Caliber 727 movement by Valjoux. It does not come with the original box and papers, but you can still expect a price tag in accordance with the market and a Daytona model that is one of very few known to exist in the world. Price is upon request.