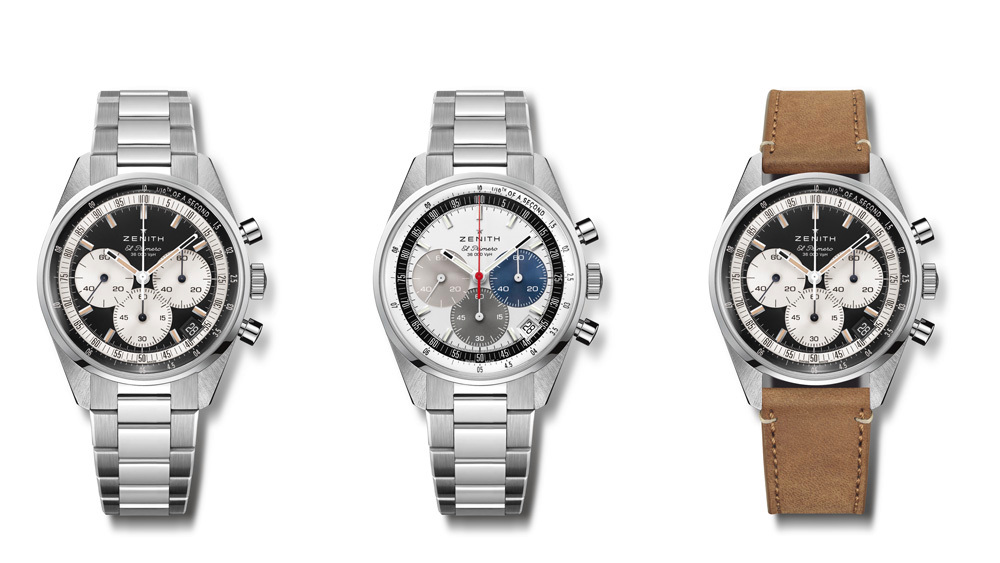 A Zenith Favourite Gets Steel Update

The version fans have been asking for has arrived and it is unlimited.

The Zenith Chronomaster Original is one for the purists. Zenith has introduced several tributes over the years to its Chronomaster A386 watch from the 1960s, known for its groundbreaking high-frequency El Primero movement, but none of them were as close to the original as this one. Last year, Zenith introduced both a Revival A386 with a gradient brown dial, and a manufacturer’s edition in steel with blue subdials, but neither had the original tri-colour configuration. And the A386 Revival of 2019 was a gold-only limited edition that has long been sold out. While these and other modern tributes combined elements of several models from 1969 and onwards, Zenith says collectors were pining for a standard production, steel version of the original, and now they have it. 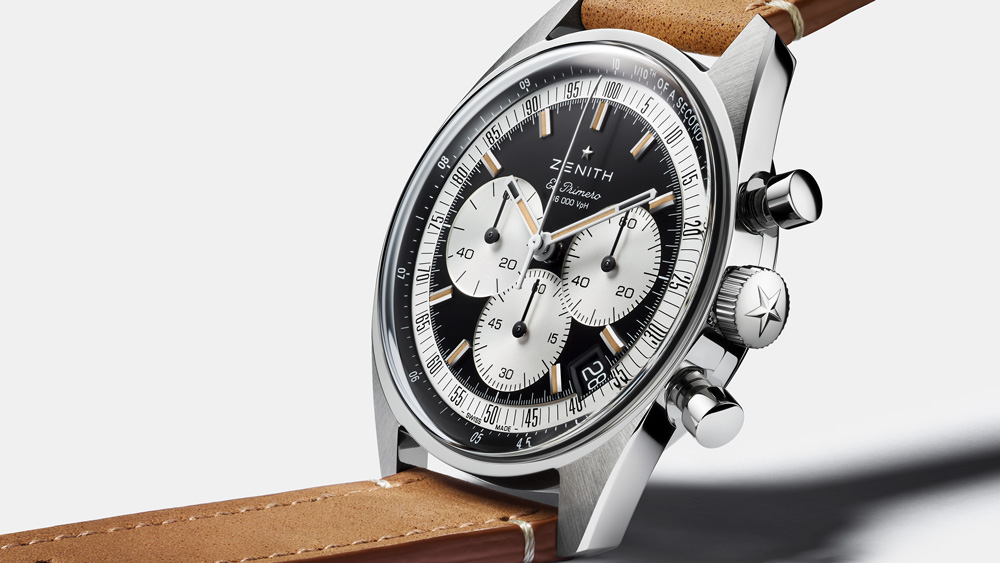 The new Chronomaster Original is the first unlimited steel reproduction of the fan-favourite. It is the same as the 1969 original in terms of proportion: the case is 38mm, a dimension thought to work best with the dial design, and which can be worn by women as well. It also has the same no-bezel case design, pump-style chronograph pushers, raised, domed crystal, faceted lugs, and the mix of radial brushed and polished surfaces. The most visually distinctive similarity, though, is the signature tri-colour chronograph registers in shades of grey and blue, along with the trapezoid date window at 04:30 (pictured below). There is still a red chronograph seconds hand, but the paddle-shaped seconds hand of the original A386 has been replaced with a straight, red-lacquered one for a more precise reading of the fractional 10ths of seconds. The logo has also been updated to the more contemporary script Zenith uses today. 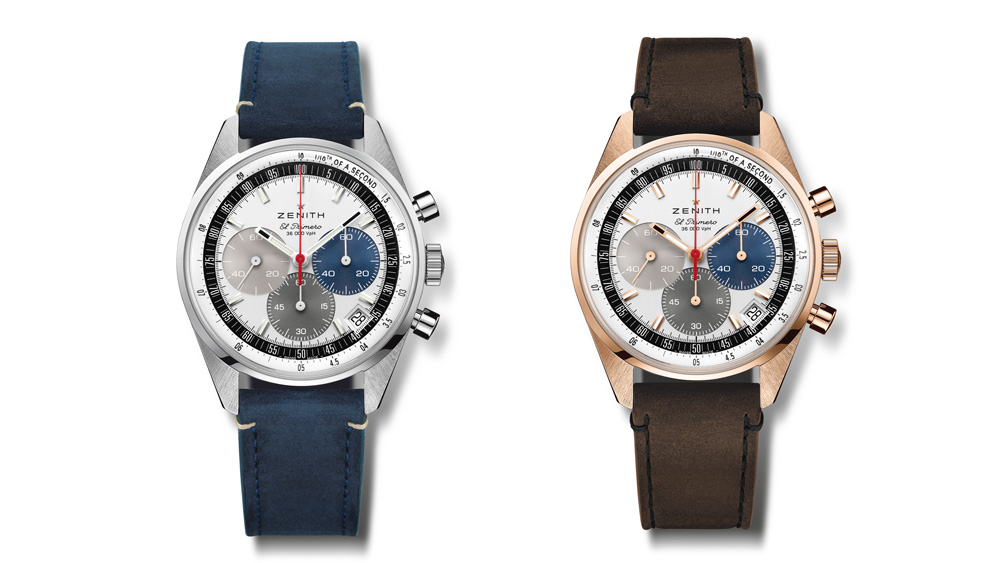 The movement and bracelet have also been updated, but neither elements significantly change the look of the original. The steel bracelet has been redesigned as a solid link style that is chamfered in the same fashion as the case, replacing the open ladder style of bracelet on the original 1960s version. The caliber El Primero 3600 is the most recent evolution of the famous movement. It can now measure and display elapsed time to 1/10th of a second, which called for a slight redesign of the black inner scale surrounding the dial. What was once used to track a 1/100th of an hour time division system is now a 1/10th of a second index, with the chronograph hand making a rotation around the dial in 10 seconds, totalling 100 measurable time units. The movement is automatic, with a 60-hour power reserve, and you can see it through the sapphire caseback, including the blue column wheel and openworked rotor marked with the five-pointed Zenith star. 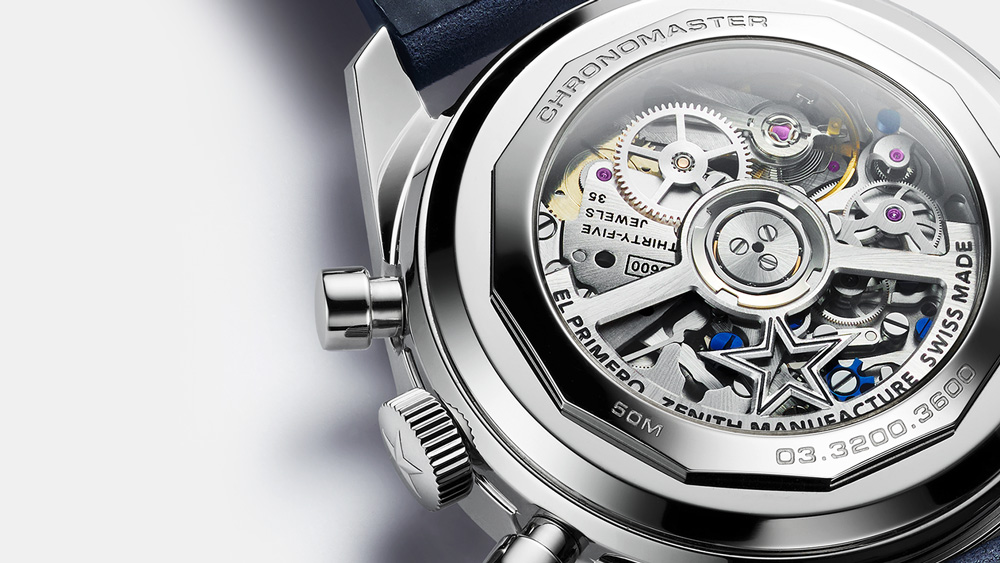 There are three versions: the signature tri-colour dial configuration in steel, a reverse-panda black dial with silver chronograph registers in steel, and an 18-carat rose-gold version with the iconic tri-colour dial. The steel versions on a strap are priced at approx. $11,200. The steel bracelet retails for approx. $12,000, and the gold model on a strap comes with a significantly higher price tag of $25,500. 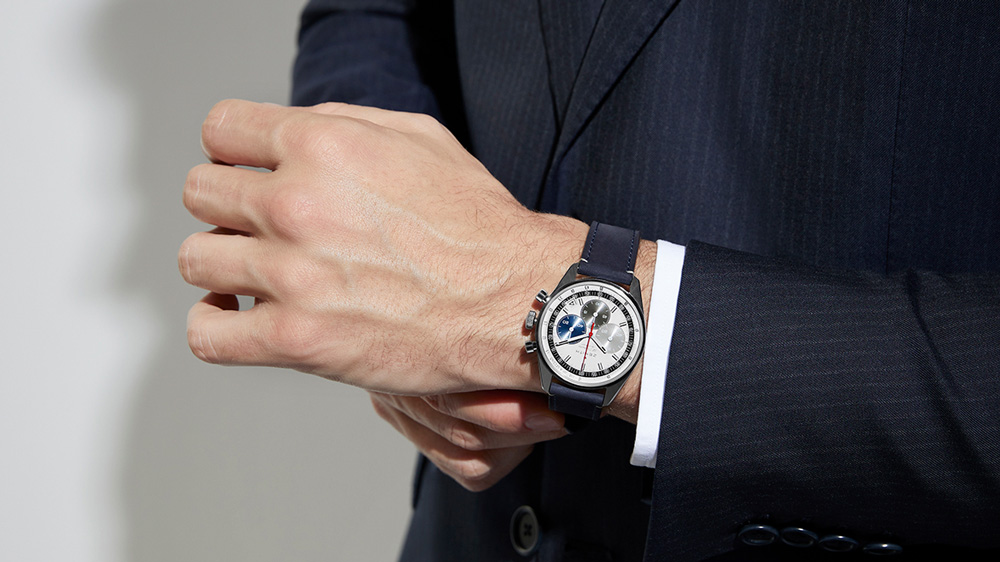 Fun fact: the A385 made headlines in 1970, when it took part in Zenith’s “Operation Sky,” an extreme test that involved strapping the watch to an Air France Boeing 707’s landing gear on a flight from Paris to New York. The idea was to test its resistance to drastic temperature fluctuations, wind force and changing air pressure. Upon landing, the watch was still functioning perfectly. Zenith concluded the daring feat was tangible proof that a mechanical movement was superior to the nascent quartz movements of the time, which couldn’t have withstood the temperature differences endured by the watch during the flight.