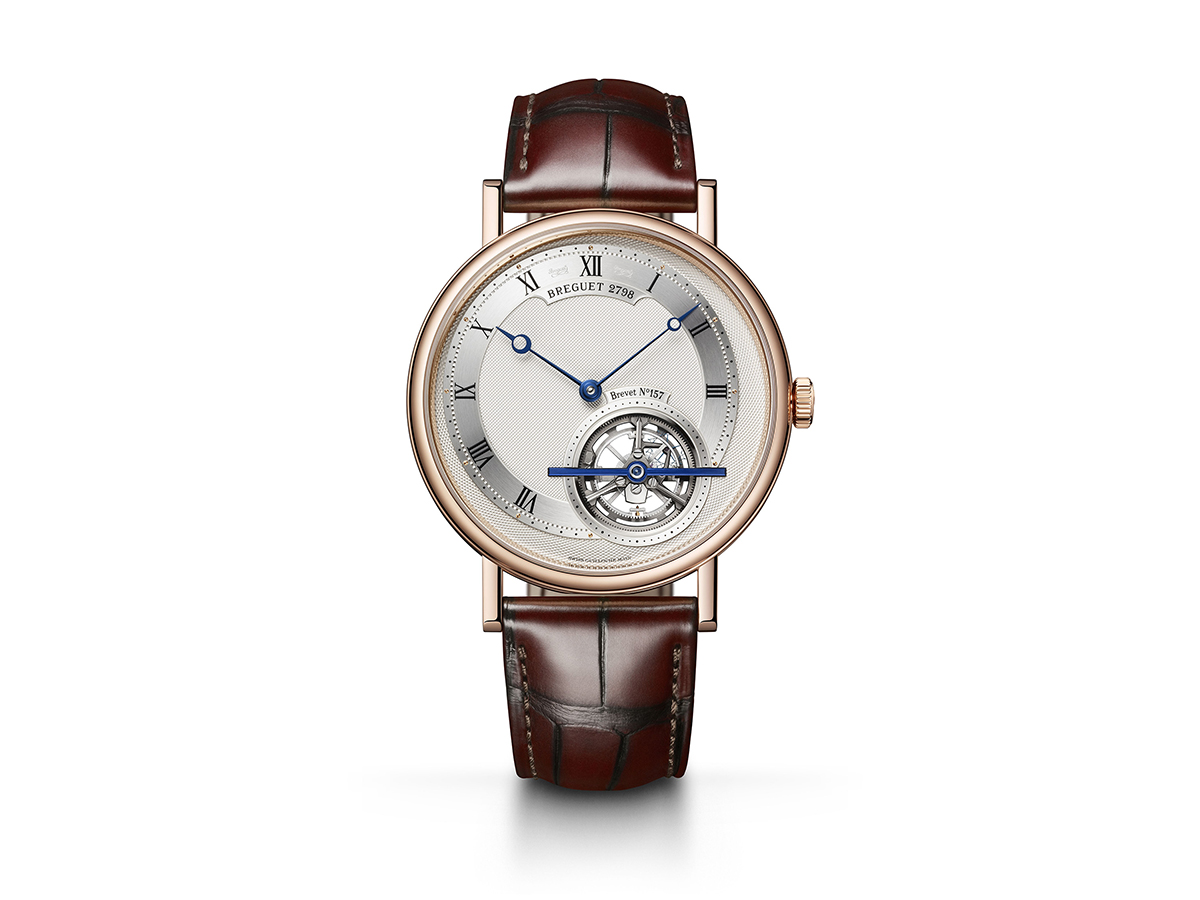 A Tourbillon 220 Years In The Making

Exactly 220 years after Abraham-Louis Breguet secured a patent in Paris for the tourbillon, the House of Breguet is paying homage to its founder’s invention in the form of the Breguet Classique Tourbillon Extra-Plat Anniversaire 5365.

Yes, it’s a mouthful to say, but the timepiece – with its limited run of 35 pieces – is to be coveted by watch collectors worldwide for its nod to the monumental impact Breguet had on haute horology.

The new timepiece is elegant and understated, as is the aesthetic styling of Breguet’s offering – and sees various engine-turned motifs adorning the 18-carat silvered gold dial. Here, the watch is decorated in a Clous de Paris fashion which takes up the central part of the timepiece.

The interlaced, engraved and crossed lines give the illusion of a matte finish, increasing the legibility indicated by two central blued steel off-centre, open-tipped hands – now known as “Breguet Hands.”

Elsewhere, the piece is decorated with grain d’orge while on the rear of the piece, the platinum rotor sees an engine-turned wave motif.

Embracing the meticulously styled dial is a case in 19-carat rose gold with a fluted caseband, measuring 41mm, and sapphire-crystal caseback

For this anniversary piece, Breguet has fitted the reference 5365 with a 60-second tourbillon visible between 4 and 6 o’clock. Here, the upper bridge is made of blued steel while the cartouche affixed above the tourbillon reads “Breve N 157”, a reference to the patent awarded to Breguet for his invention 220 years ago.

The nod to the manufacture’s storied past is repeated on the rear of the piece, via hand engraving reading, “Anniversaire 1801–2021” on the barrel, and “Brevet No 157 Du 7 Messidor An IX,” the latter referencing the French Republican calendar in force at the time.

Inside, the watch features an extra-flat self-winding movement — calibre 581 — numbered and signed by Breguet, offering an 80-hour power reserve.

The timepiece sees a leather strap with a triple clasp buckle and is available for $235,700.