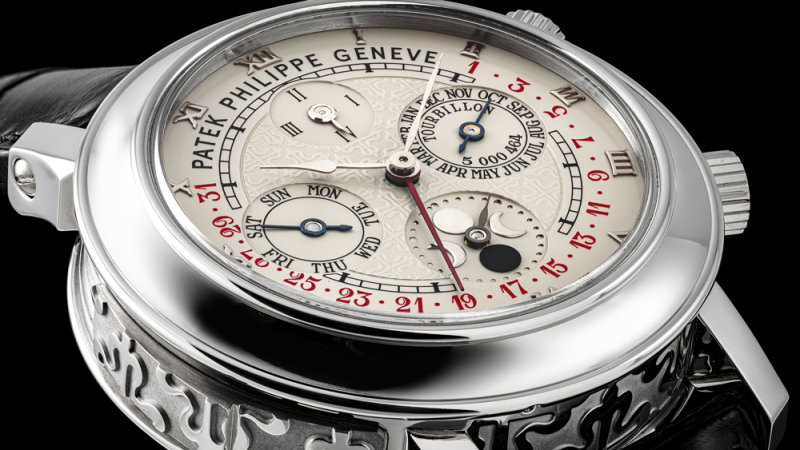 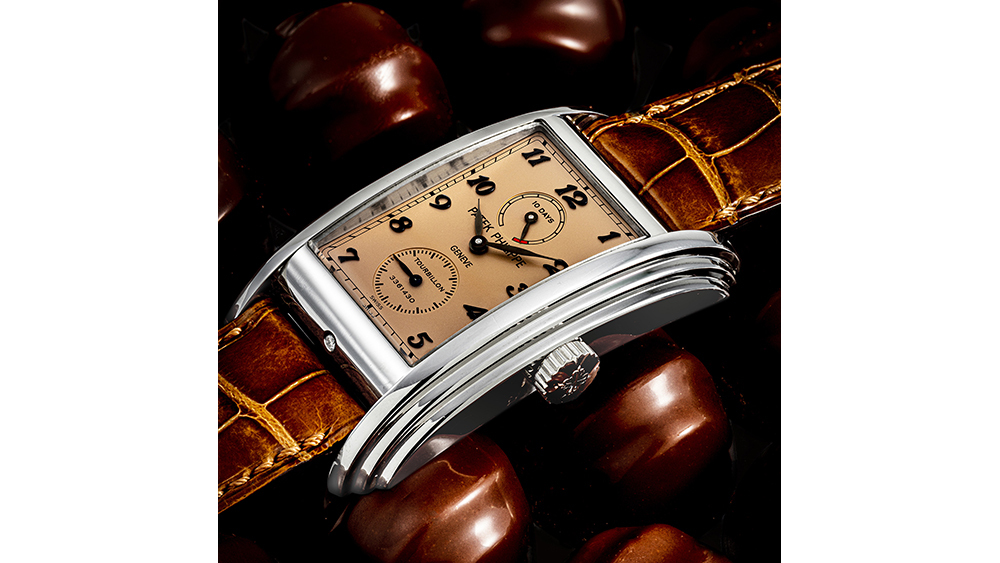 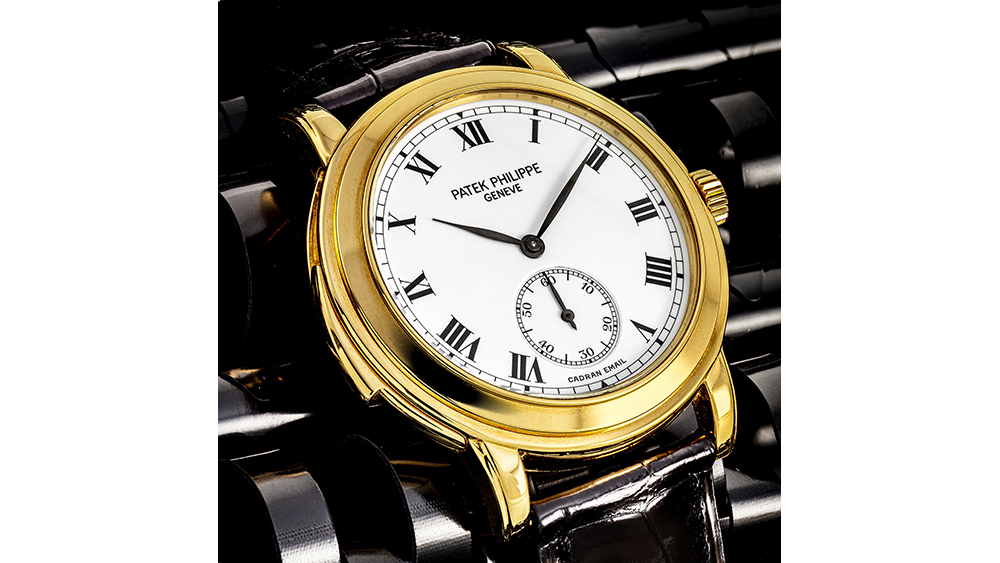 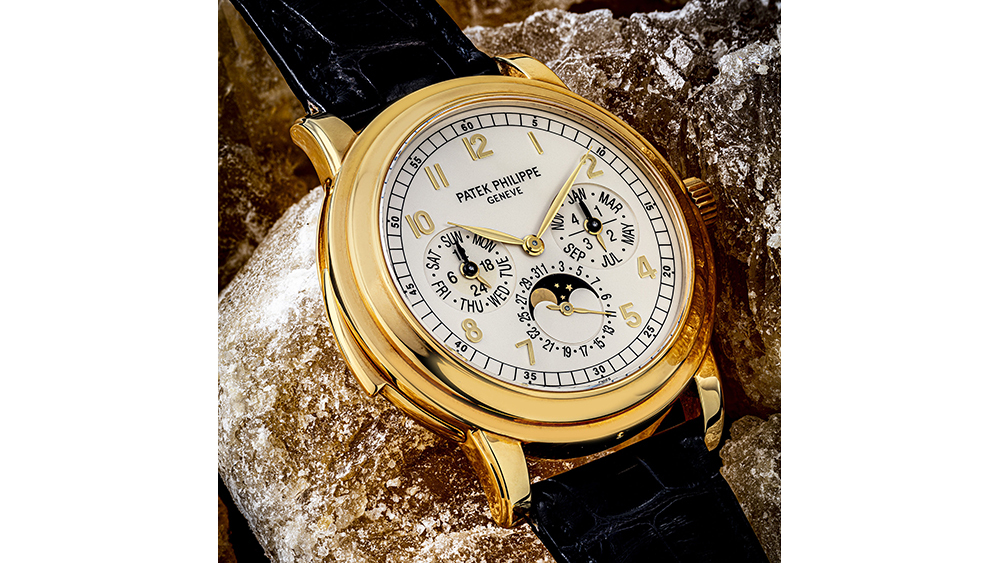 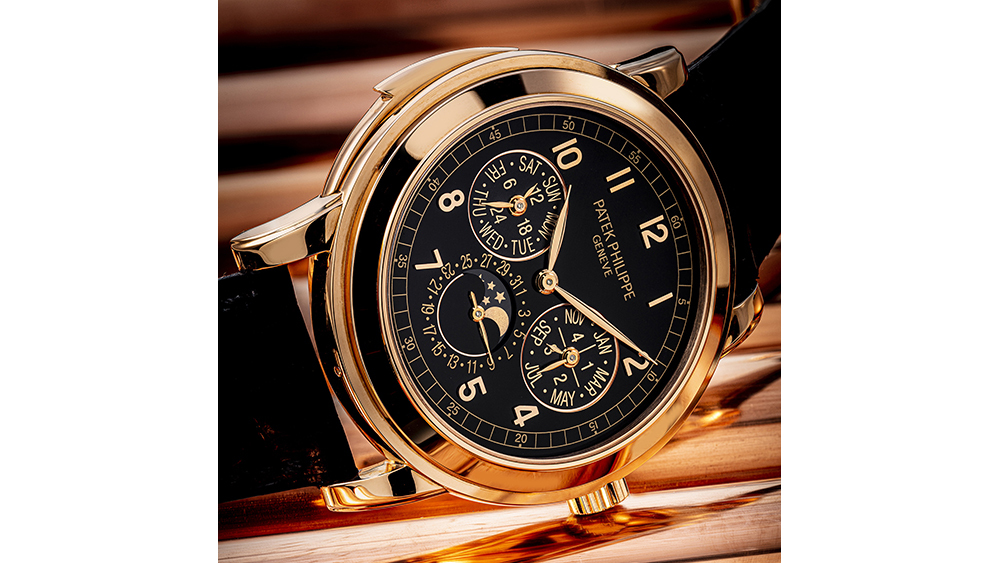 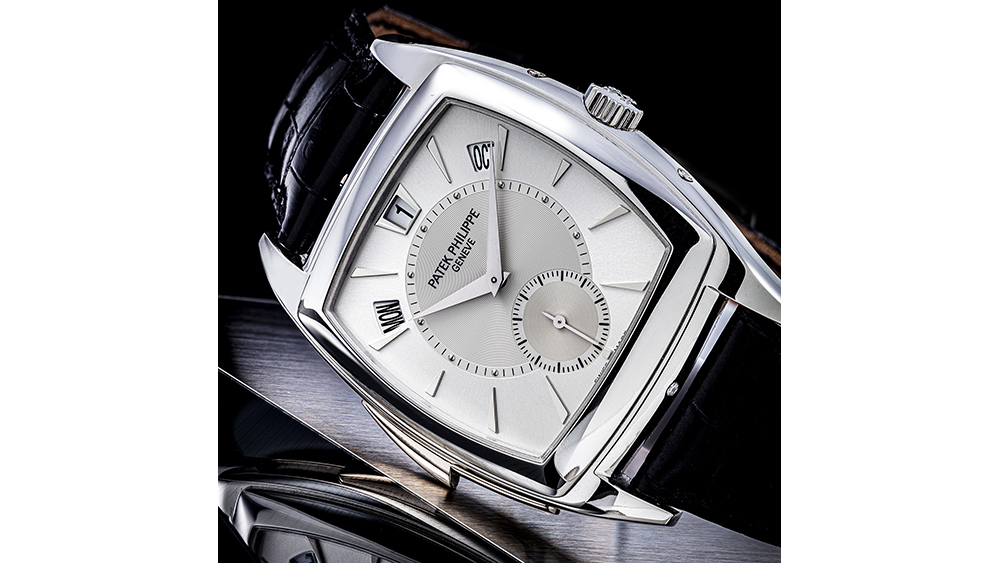 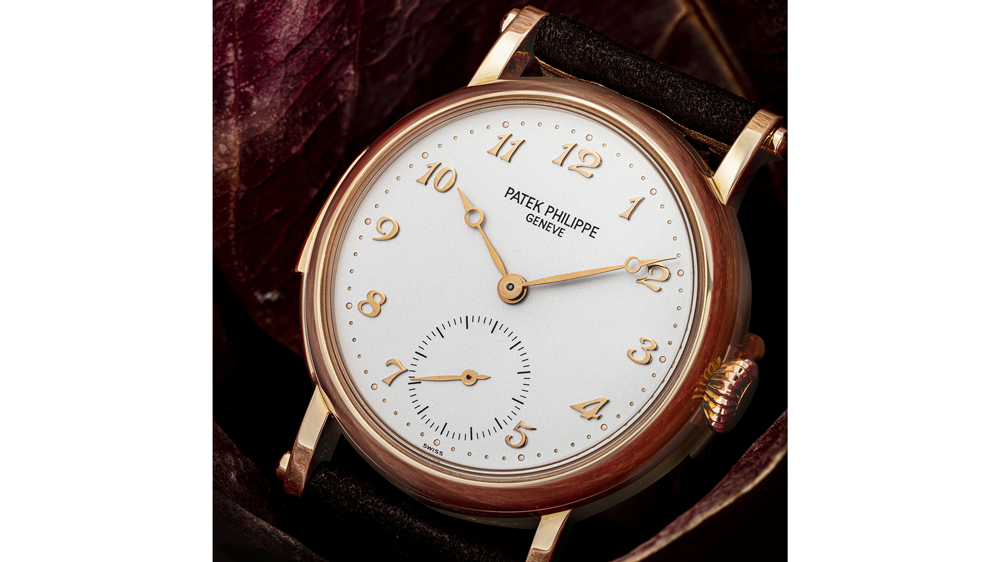 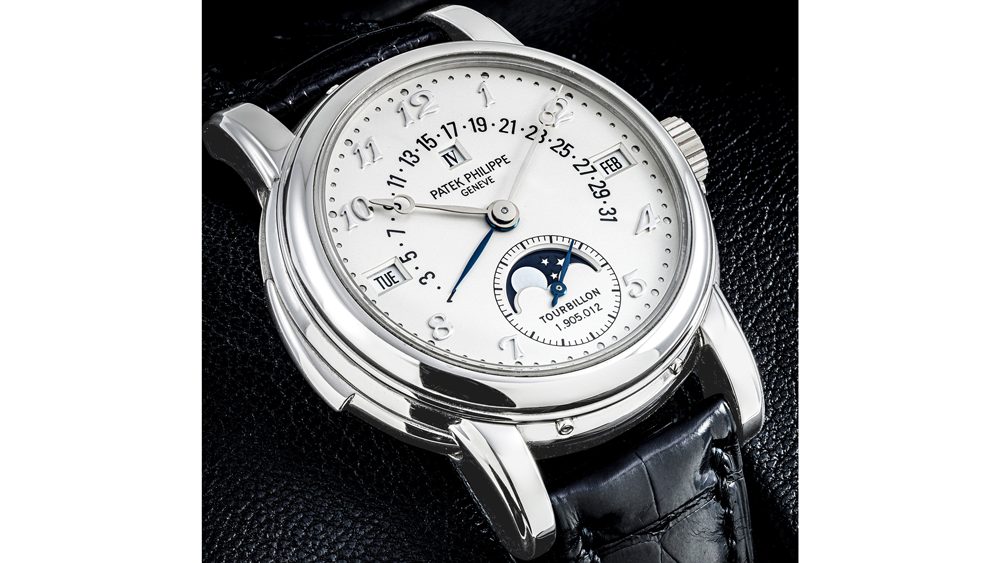 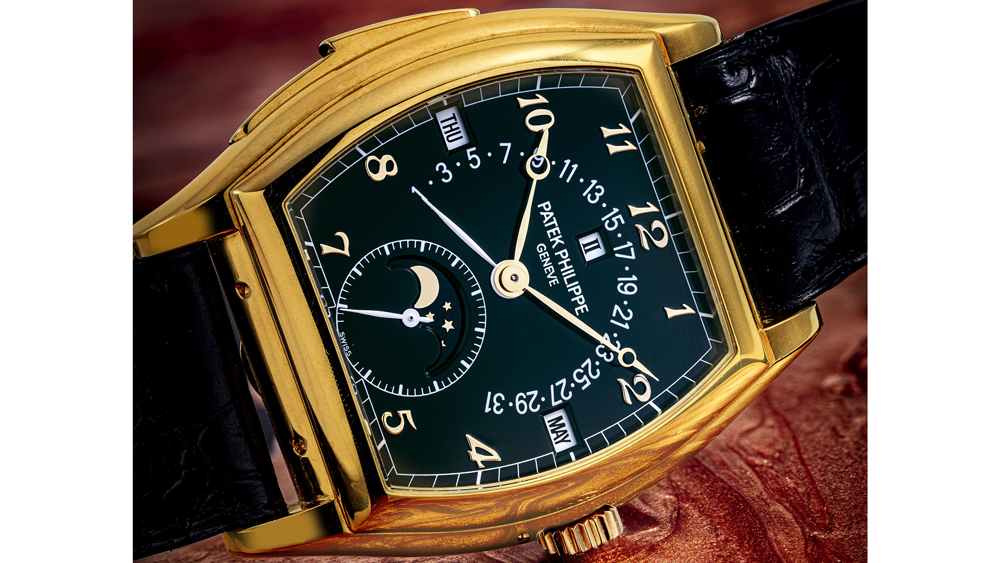 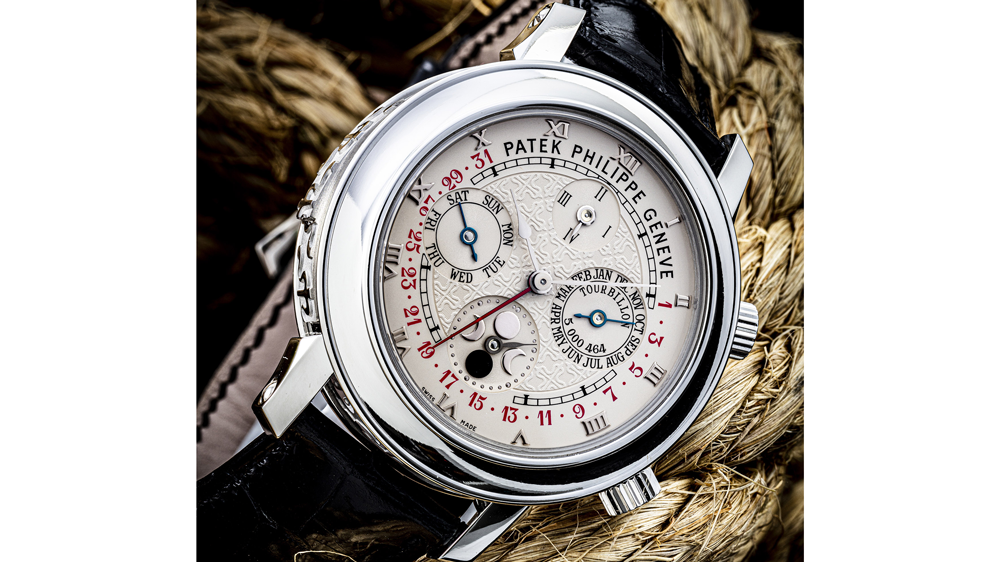 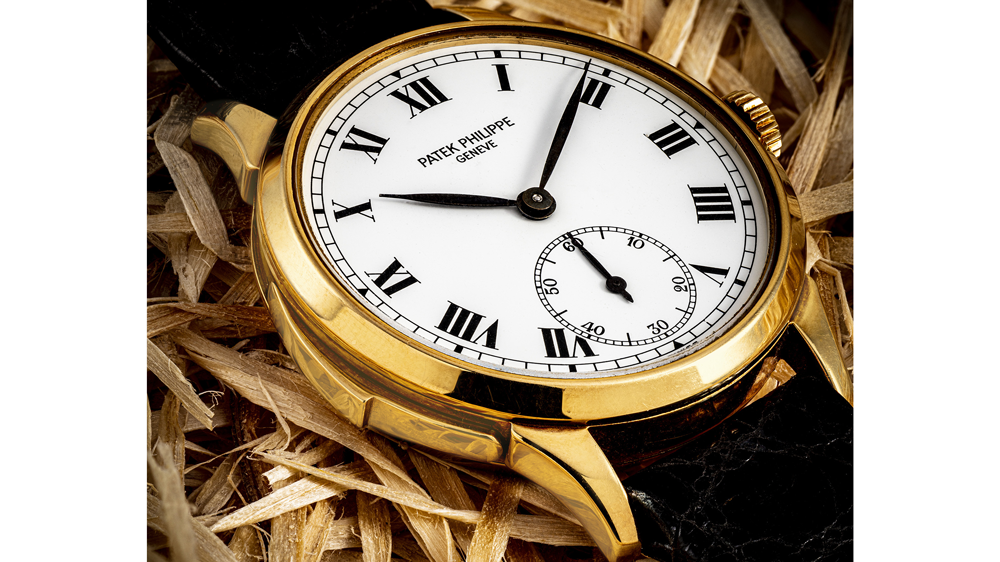 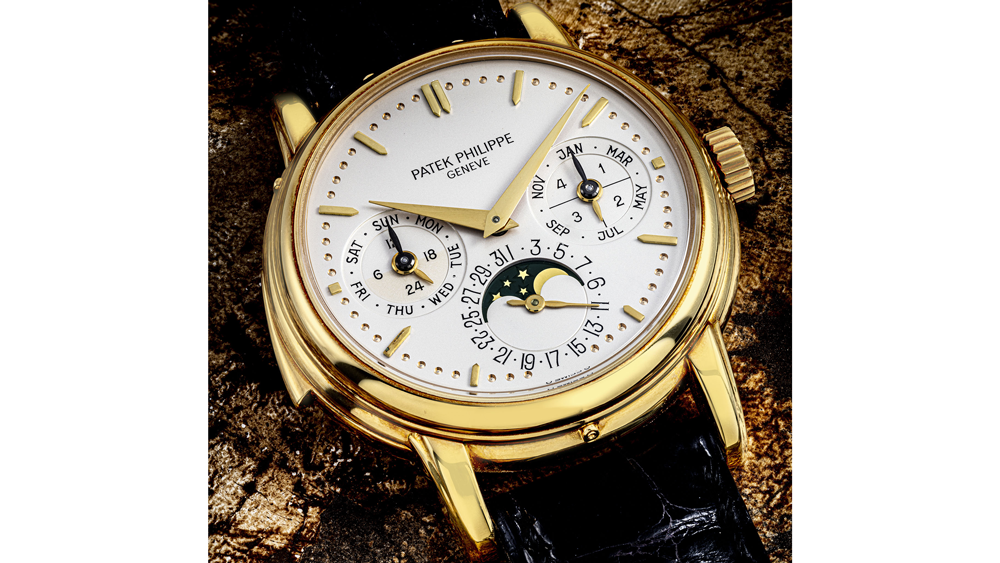 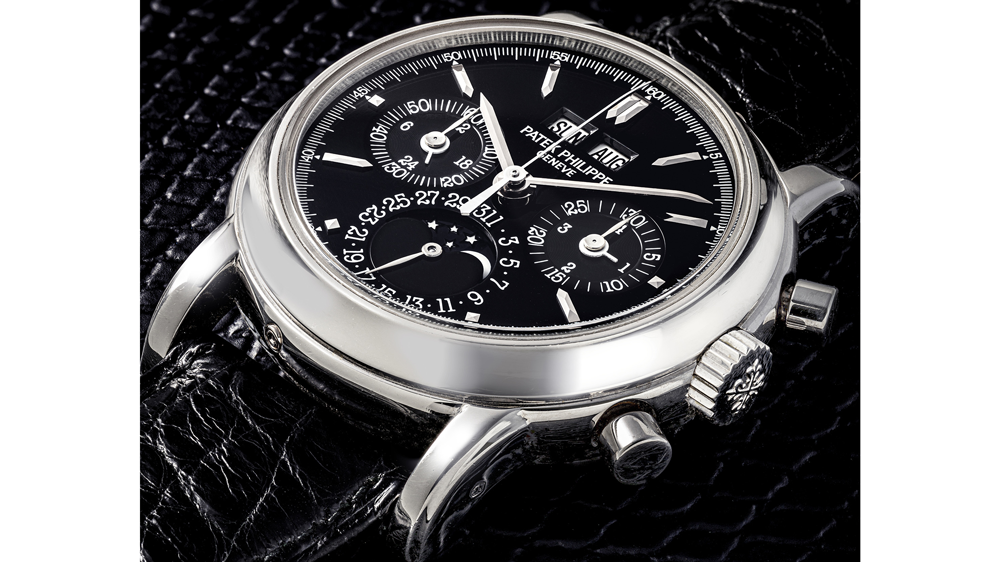 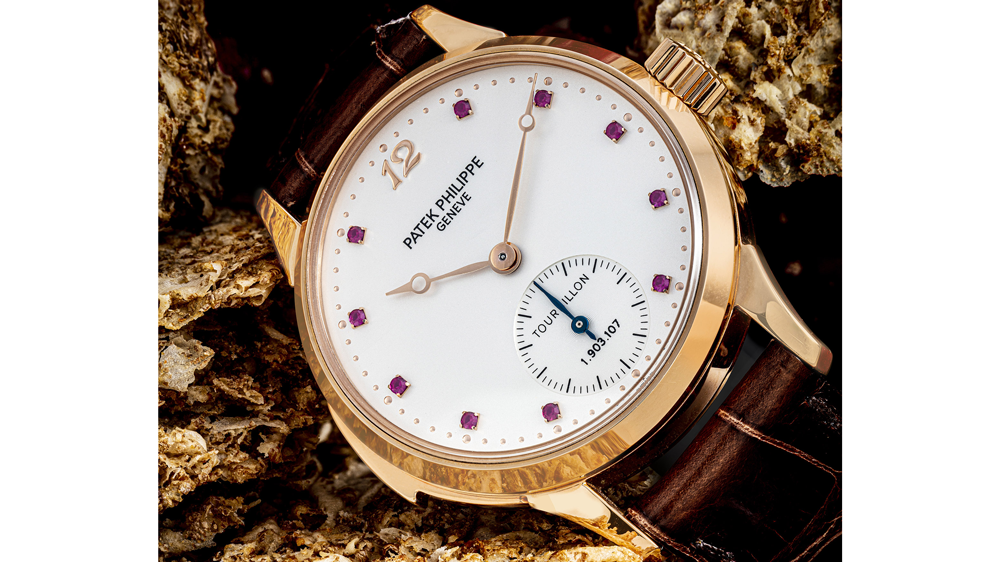 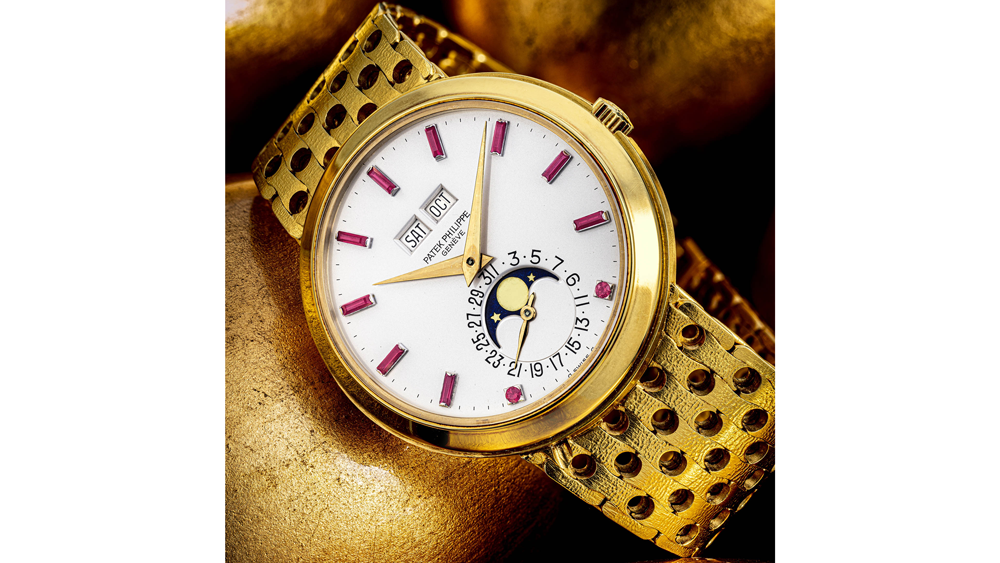 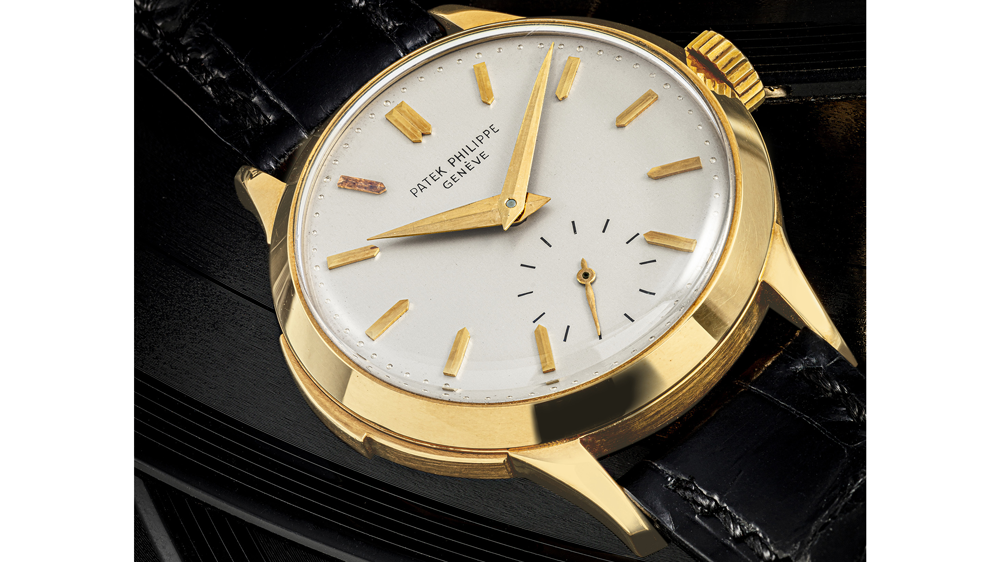 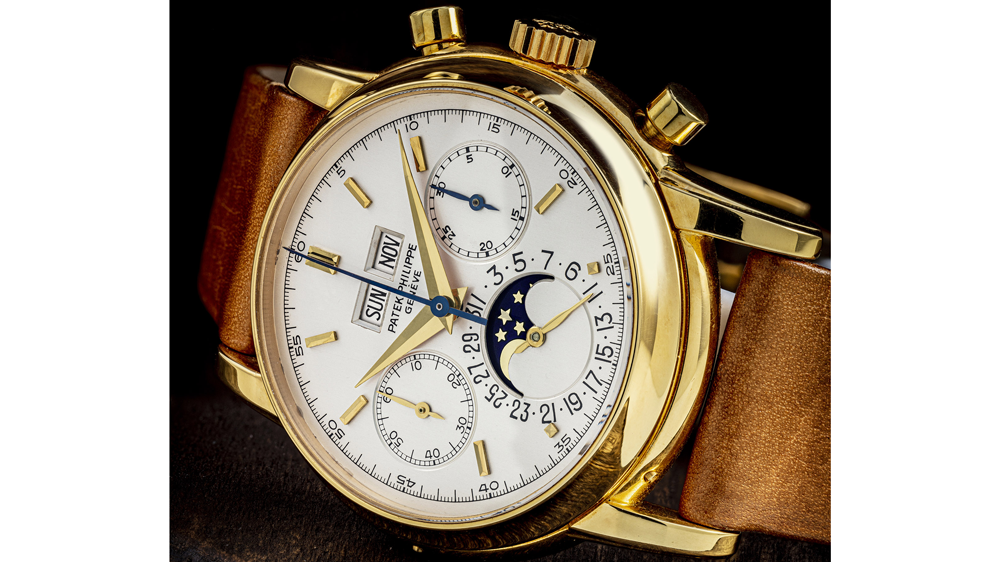 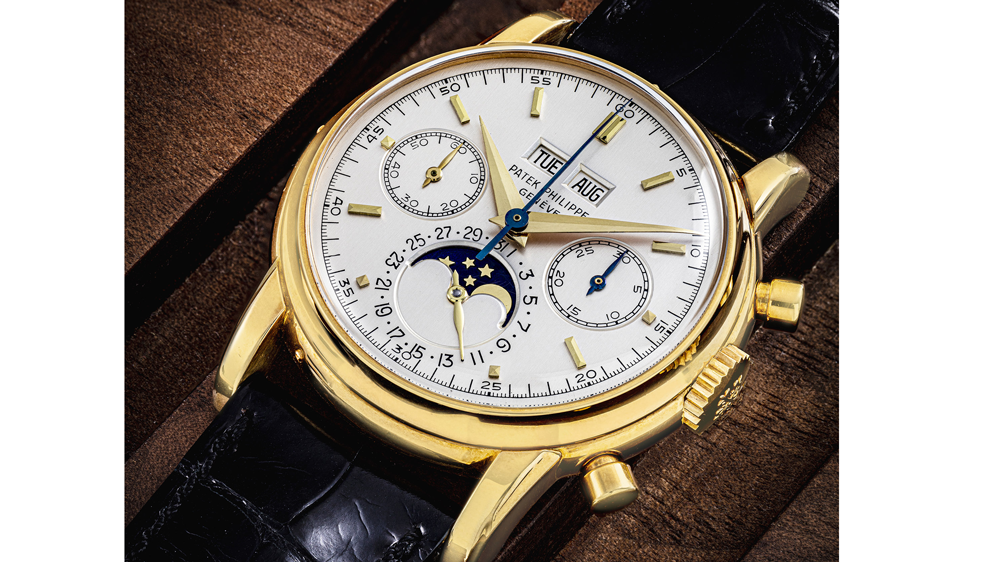 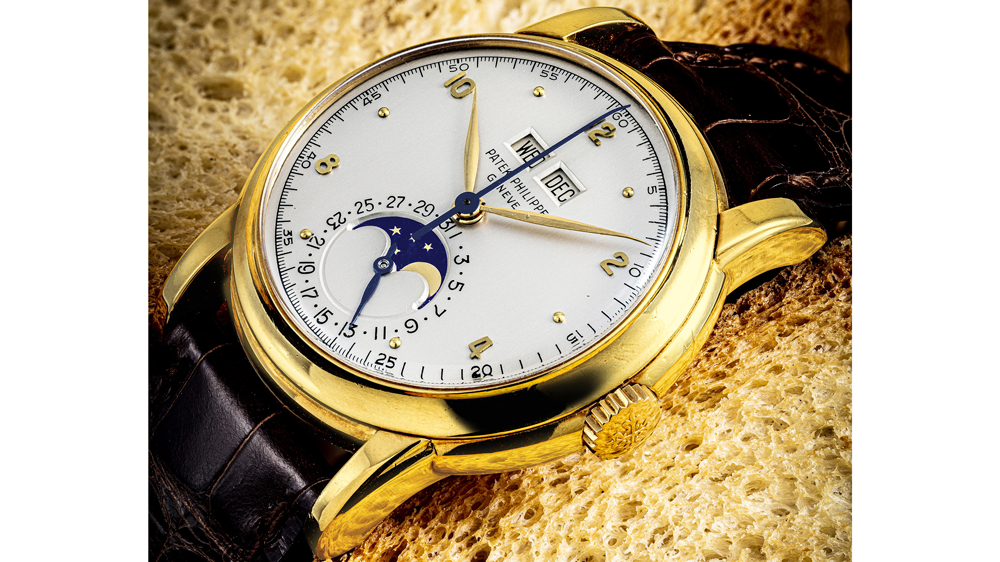 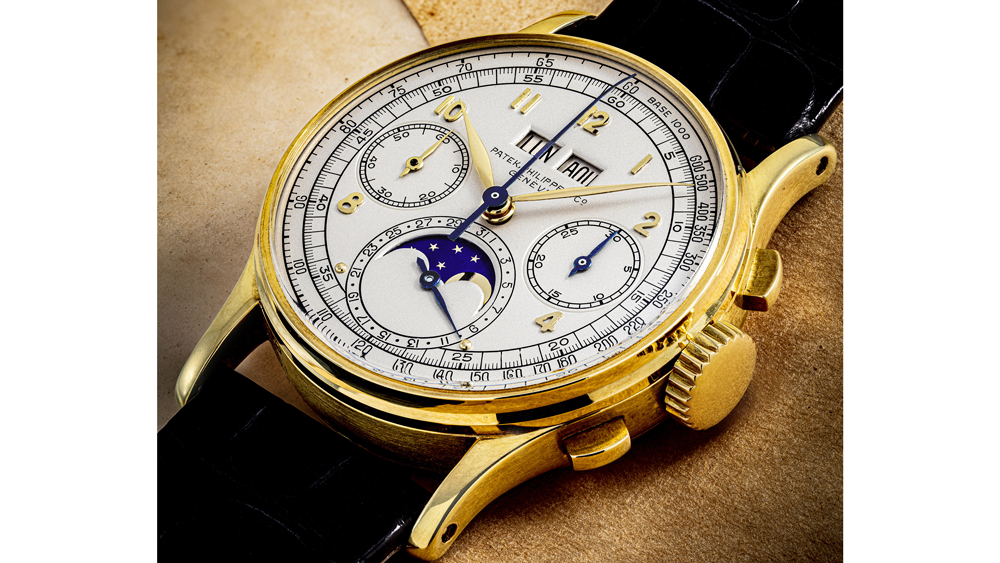 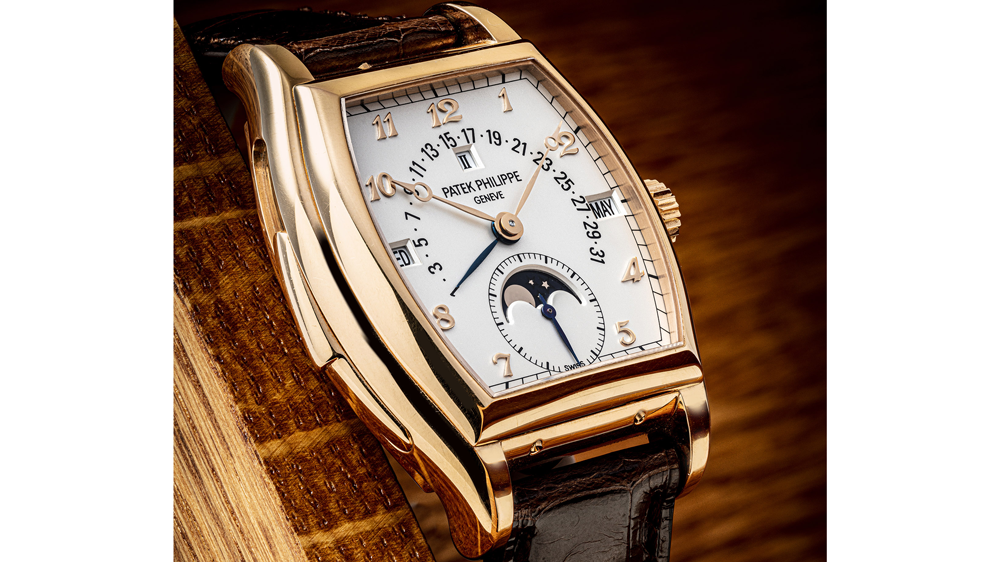 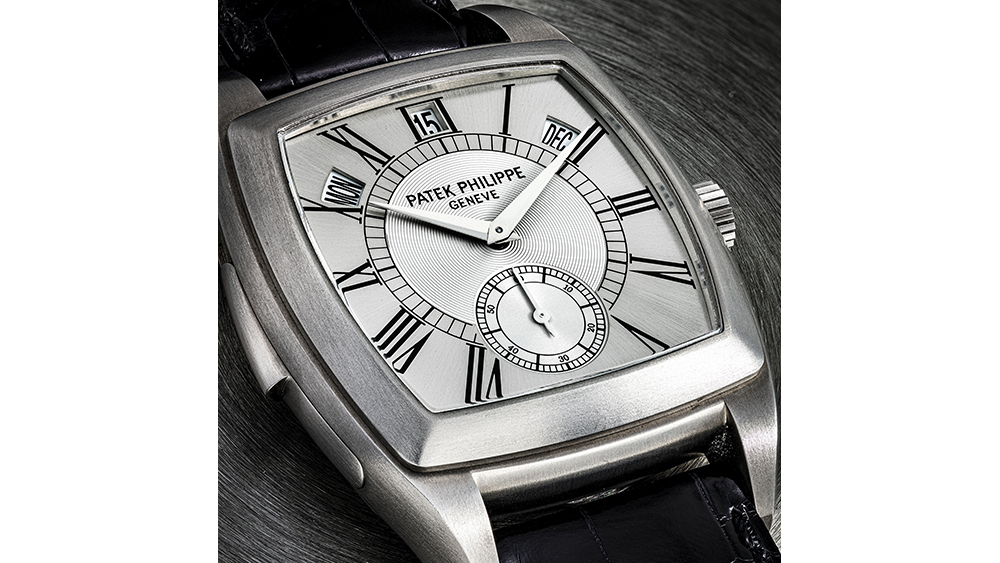 At an estimated $18.7 million it’s being touted as the most valuable single-owner collection ever offered in Asia.

A massive collection of Patek Philippe timepieces is set to auctioned at Christie’s Hong Kong. The esteemed auction house is touting the sale  – set for yet to be confirmed dates in July and November – as the “most valuable single-owner collection ever offered in Asia”, worth an estimated $18.7 million. Most of the watches are relatively new, dating in production from the last two decades and have predominately been collected by the current owner via auction – meaning many have never been publicly viewed before.

Alexandre Bigler, vice president and head of watches for Christie’s Asia, says the owner began collecting watches two decades ago. Of the 43 watches Christie’s has released from the sale (most of which you can see in our gallery above), there is also one blinged-out platinum and diamond F.P. Journe Tourbillon Souverain on offer—Patek Philippe enthusiasts often eventually become collectors of independent master François-Paul Journe’s timepieces, although this reference’s diamond-encrusted accents are a very over-the-top example of his work.

The titanium reference, first produced by Patek Philippe in 2002, was from a collection of just 10 pieces all of which came in platinum with the exception of this model. “The titanium minute repeater reference 5033, one-of-a-kind example, is definitely a treasure in the collection!” says Bigler. “Watches in titanium by Patek Philippe are mythical and extremely scarce.” There are likely about 20 titanium Patek Philippe watches in existence, most of which, according to sources, were said to be made for a Middle Eastern collector, who also happened once owned the Patek Philippe Henry Graves Supercomplication watch (one of the most complicated mechanical pocket watches ever created which sold at auction in 2014 for approx $35 million at Sotheby’s). This 5033T, was fresh-to-market when it sold at Sotheby’s in 2014 for around $780,000.

The Ref. 5002 was also sold at Sotheby’s in 2014 for $2,000,000, albeit in titanium. The version offered in Christie’s Hong Kong sale comes in platinum. The piece is significant as one of Patek Philippe’s most complicated wristwatches featuring a whopping 12 complications—including a perpetual calendar, star chart, a display for the phase and orbit of the Moon, sidereal time, civil time, and more—along with a dual dial. This watch has the highest estimate of the entire collection on offer.

The Patek Philippe Ref. 3448/8 is a very different watch for a very specific collector of a certain taste. Its ’60s-era design features a bracelet reminiscent of the era, while evoking a sort of steam-punk vibe. Combined with its ruby markers and 18-karat gold, it is definitely a showpiece for the sartorially-inclined.

The first half of the “Titanium and Ruby Collection” sale, named for the one-of-a-kind titanium 5033 and two gold watches with ruby markers, is slated to take place in Hong Kong in July with 32 pieces on offer and the second half, featuring 11 pieces, will take place in November. The 5033 and 5002 will be sold in the July auction and the watches with ruby markers in November. There is no set date yet for either auction due to the current global pandemic. Watches will be available to view via an e-catalogue with enhanced features including extra videos and pictures, but for collectors wanting to see the watches in person Christie’s is considering shipping some of the highlights to global Christie’s offices for one-on-one previews, depending on how the current crisis develops.