The Lange 1 Time Zone gets a timely update.

Fifteen years after its launch, A. Lange & Söhne has updated the Lange 1 Time Zone — now fitted with a new manufacturer calibre, a feat three years in the making.

While most have been cut off from globe-trotting by a certain virus, people are more internationally connected than ever and knowing what time to send that e-mail to your friends in Glashutte, Germany is increasingly important.

The case size remains the same as the original at 41.9mm in diameter and comes in three dial and case combinations: white gold with a black dial, pink gold with an argenté dial (both around $84,500) and a limited-edition version of 100 in yellow gold with a champagne dial (around $89,700). 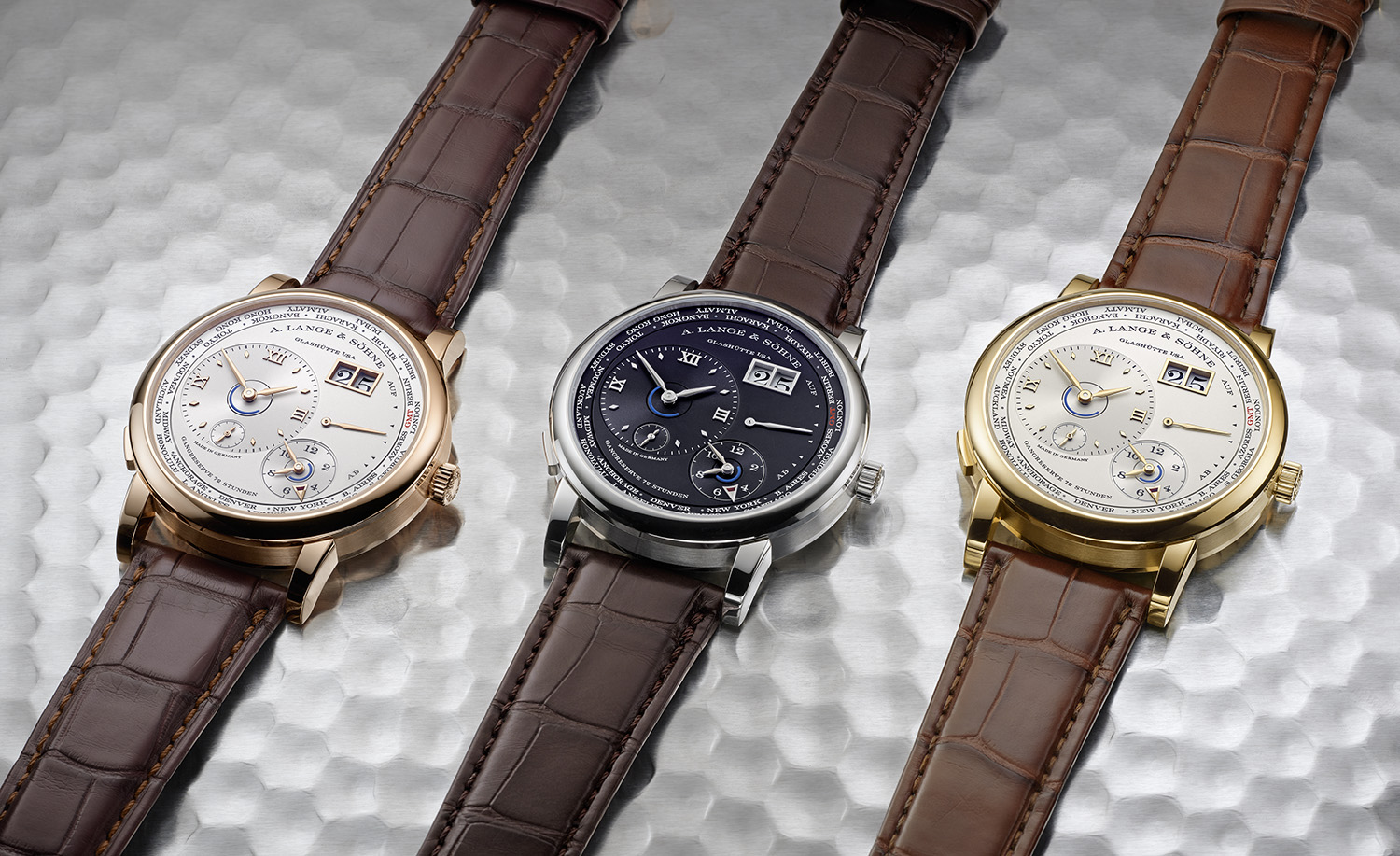 The biggest difference between this watch, and that which debuted in 2005 is the day/night indicator has now been incorporated in the centre of each dial on home time (the larger indication) and zone time.

In the previous iteration, the function was visible in two subdials housed within the two time-zone displays. The change makes for a cleaner, more legible look in what is already a rather clean and traditional watch. When the blue semi-circles pass through the hour hands, it indicates P.M.

The arrow, which indicates the location of the second time zone (based on 24 reference cities), is red in its aperture when the city operates on daylight savings time and white for those that use standard time.

Pressing the pusher for the second time zone during this process will see the hour hand remain in position so that ‘home time’ can be set independently. The big date located at 10 o’clock is adjusted via a separate pusher.

New details are subtle to most, but for collectors, a new movement is a heady update. The new manufacture calibre L141.1 — based on the original L901 — now achieves 72 hours of power reserve, indicated on the upper right-hand side of the dial, via only one spring barrel.

Further, it includes a classic screw balance and a freely oscillating balance spring crafted in-house and is adorned by flourishes characteristic of Lange like a three-quarter plate in German silver, screwed gold chains, blued screws and hand-engraved balance and wheel cocks, all visible through the caseback.