A. Lange & Sohne has unveiled an elevated trio of fascinating models – all of which are exceedingly rare, complicated and coveted.

Again, A. Lange & Sohne uses the same manually would calibre – the L042.1 made of 370 individual piece, delivers it in a new, artistic fashion. 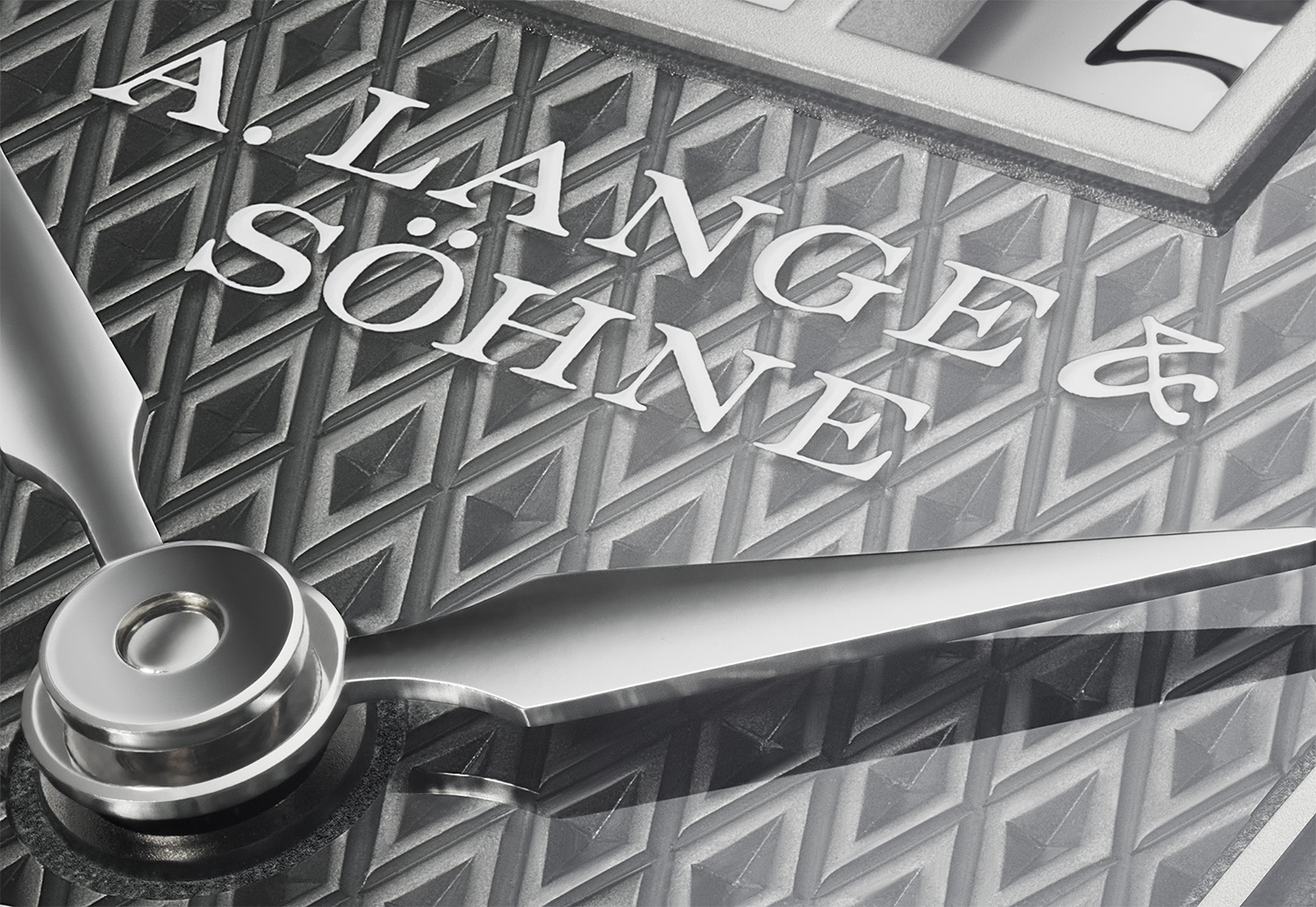 Limited to only 30 pieces, the newcomer places special emphasis on the art of watchmaking – becoming the seventh model of the Handwerkskunst (which translated to craftsmanship) series which is characterised by the elaborate finissage and patterning on the timepiece.

The three-part dial of the Cabaret Tourbillon is made of solid white gold and arrives with Roman Numerals with the tourbillon visible at the 6’oclock.

The dial is coated with a semi-transparent enamel layer – adding depth to the engraving.

Elsewhere the subsidiary dials from the small seconds and power reserve – the watch offering 120 hours – arrives in rhodium coloured gold, as do the hands.

All of which is displayed within a rectangular case in platinum measuring 29.5by 39.2 mm and is strapped to the wrist via a deployant buckle in platinum and black leather strap.

Also unveiled was the Langematik Perpetual – the first mechanical wristwatch to combine a perpetual calendar with the Lange outsize date. 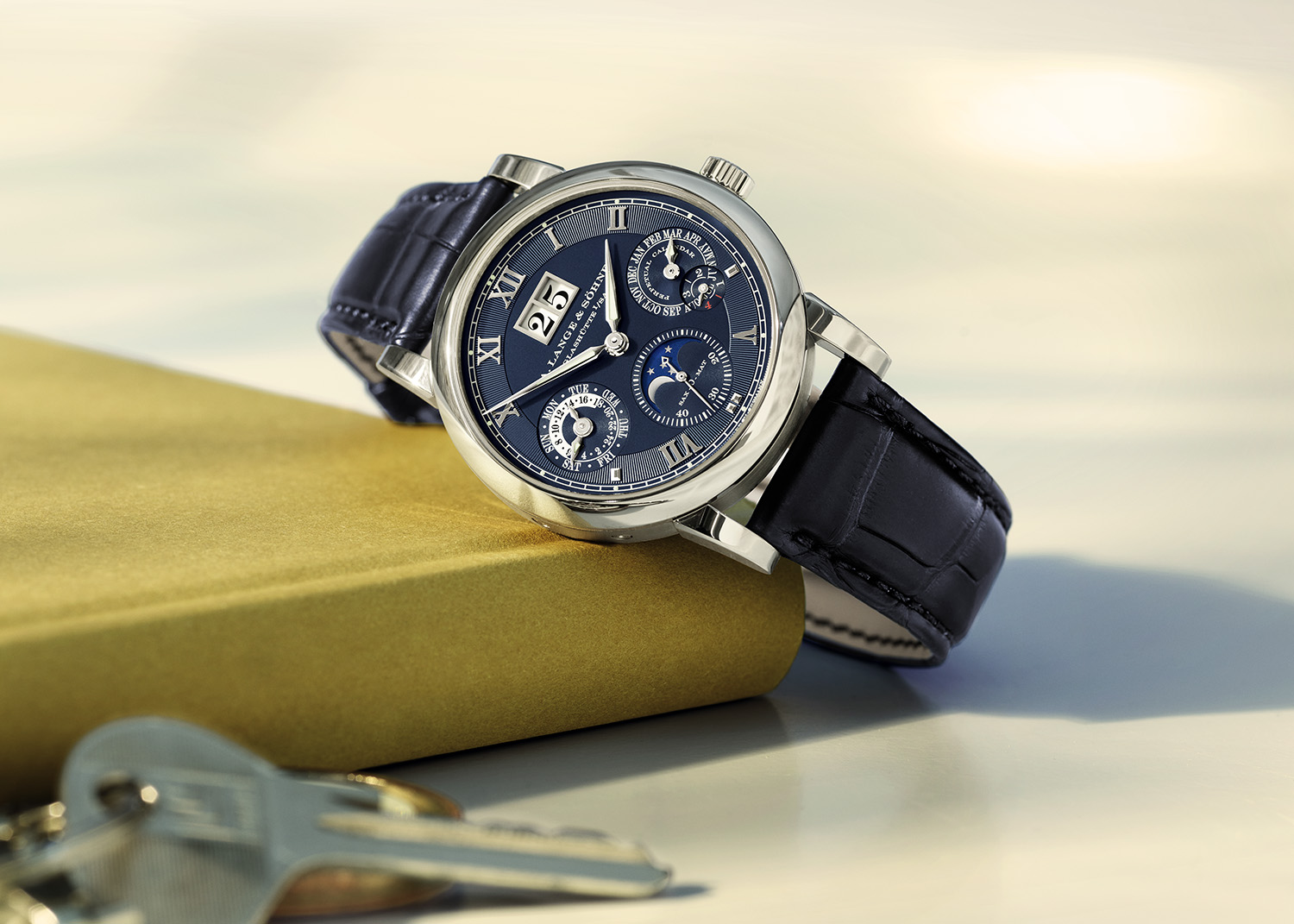 Here, the 38.5 mm watch differs from other calendar timepieces with features such as the ZERO-REST mechanism and a main corrector.

To celebrate the timepieces 20th birthday, it now arrives in white gold or pink gold – both combined with a blue dial – and limited to 50 watches each.

The blue dials of both new versions are crafted from solid silver with applied Roman numerals, underlaid with an embossed groove structure further contrasting against the dark background.

On the white gold medal those numerals are made of rhodiumed gold and of pink gold on the pink-gold version. 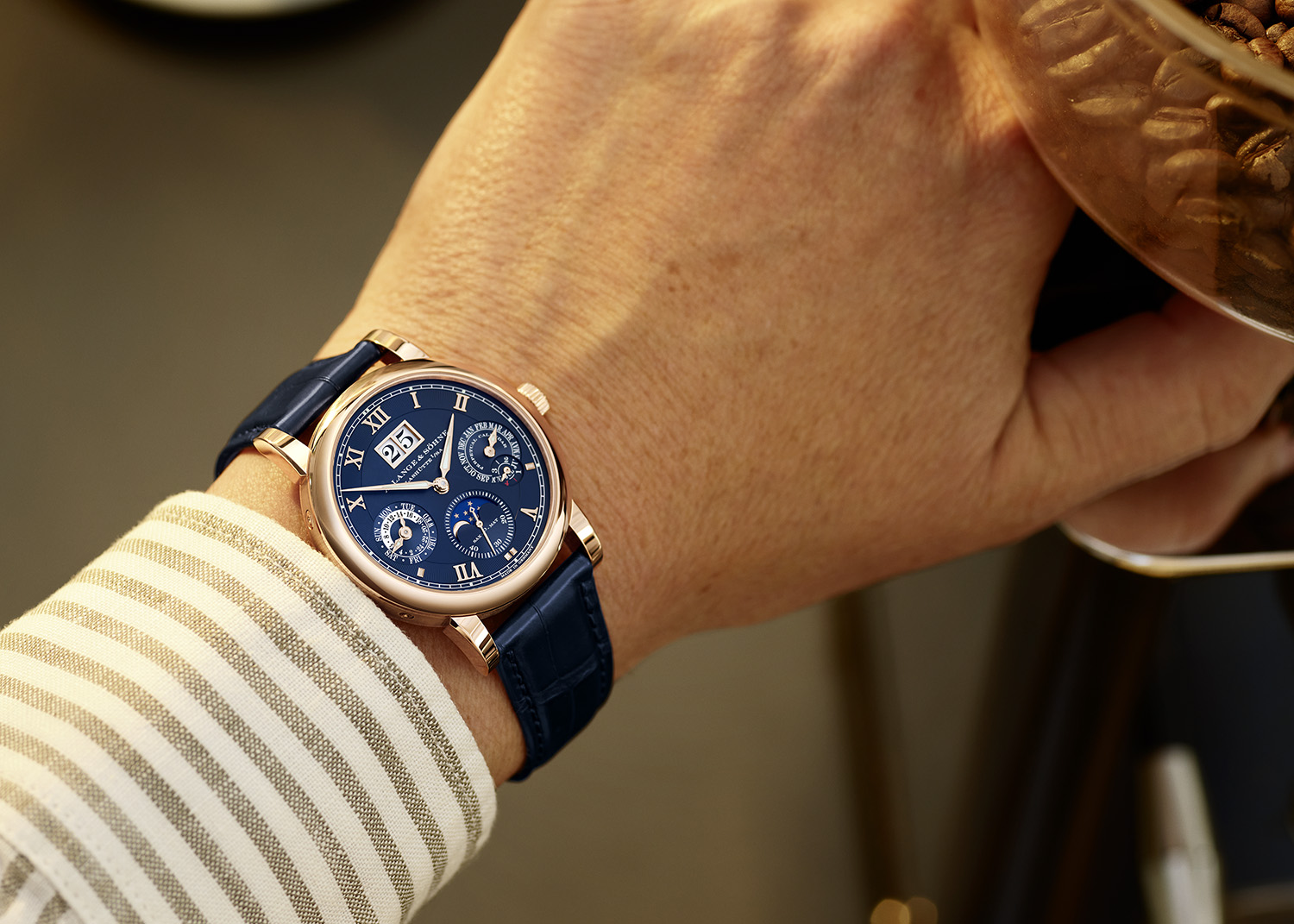 Inside the watch sees the self-winding L922.1 Sax-0-Mat calibre which features the aforementioned ZERO-RESET mechanism developed by Lange. Here, when the crown is pulled, the balance wheel stops and the seconds hand jumps to the zero position – simplifying and speeding up time setting. 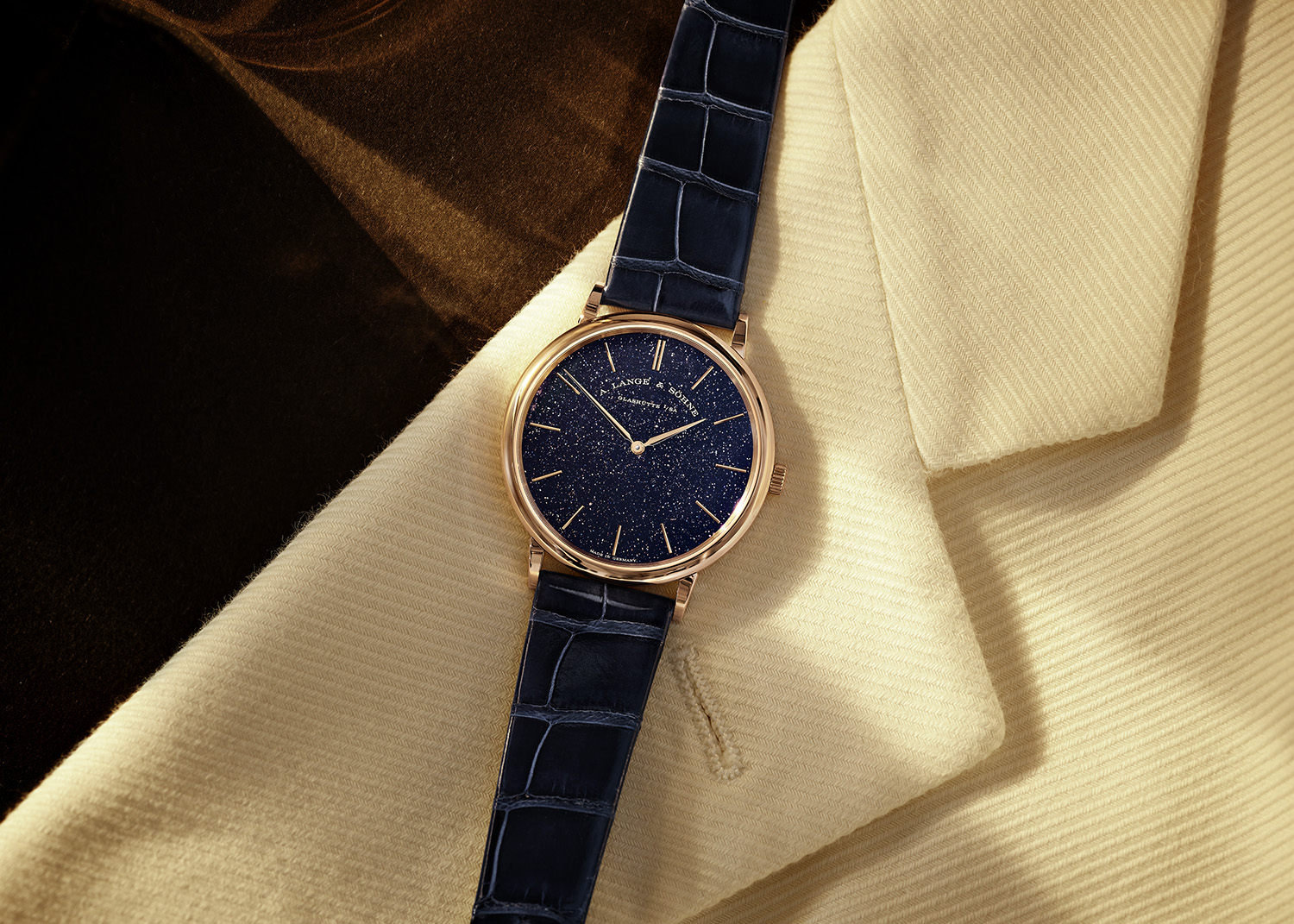 The elaborate artisanal process has its roots in 17th century Venice with molten glass infused with copper particles to create microscopically small crystals.

The Saxonia follows the ‘less is more’ approach with its thin silhouette (just 6.2mm high) in 18-carat pink gold and strapped to the wrist via a blue leather strap.

Inside the Saxonia Thin arrives the manually wound calibre L093.1 which offers a 72-hour power reserve.