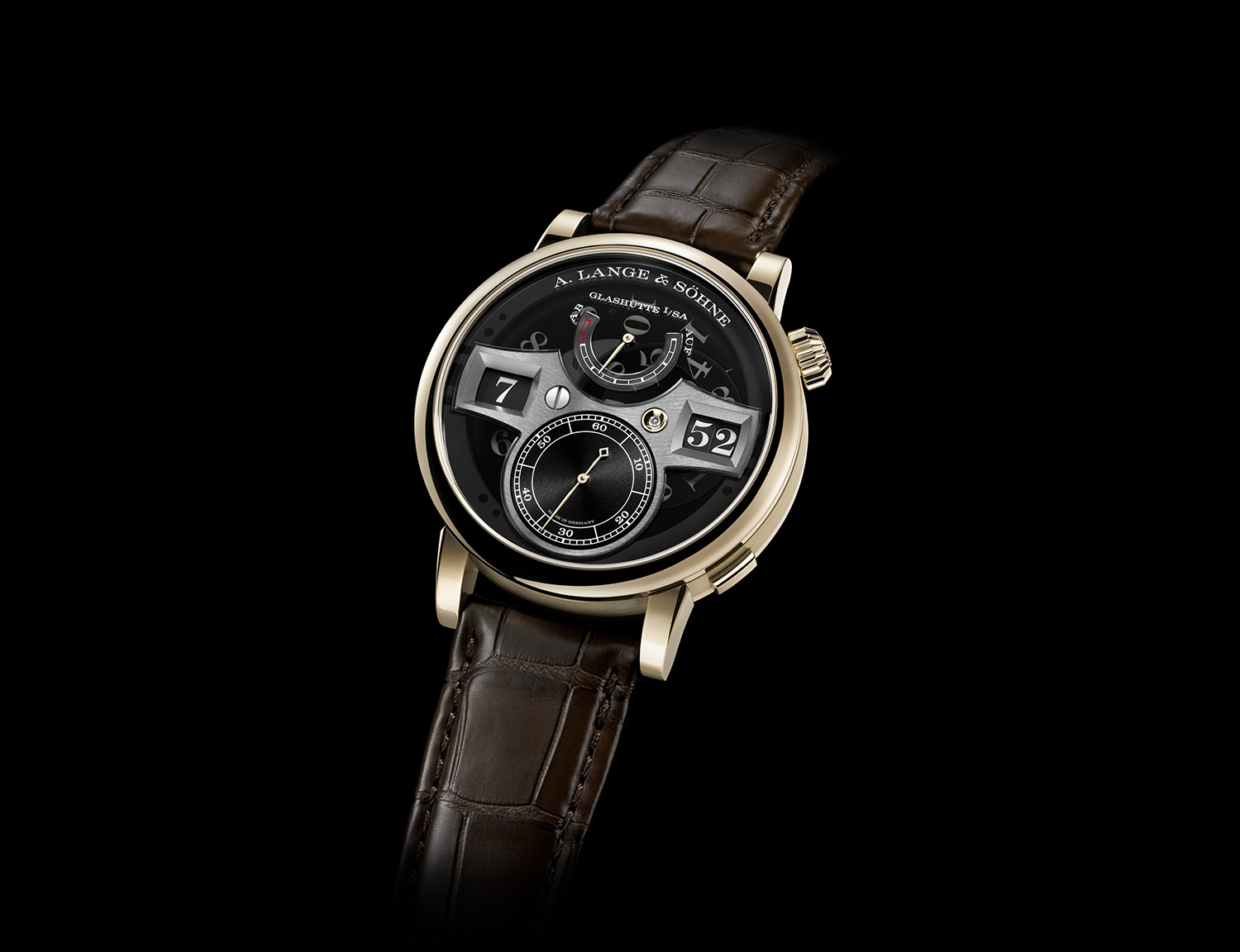 The unique timepiece is limited to 200 pieces.

What’s in a name? For A. Lange & Söhne’s latest timepiece, it points to a lot of innovation.

A. Lange & Söhne has quickly established (or re-established) itself as a manufacture with the technical ability to match the very elite in haute horlogerie.

Its latest iteration, the A. Lange & Söhne Zeitwerk Honeygold “Lumen”, further elevates that reputation with a series of precise, technologically advanced details that makes the model indeed, very special.

At its core, the Zeitwerk nameplate itself represents a revolutionary technology and design concept. Here, a  three-disc jumping numerals mechanism indicates the time in a digital format – a move that delighted collectors and fans alike on its 2009 launch. 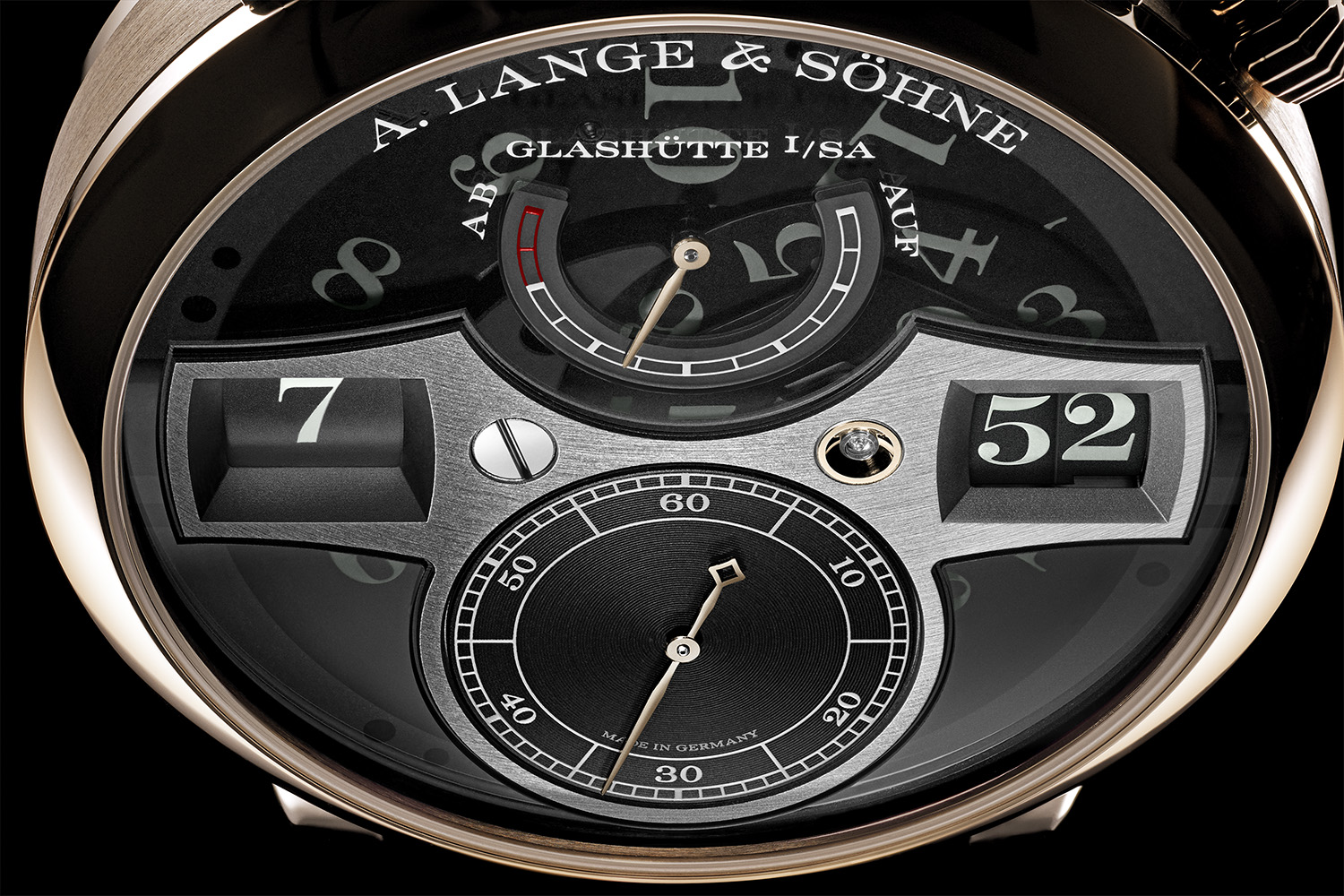 However, in the latest edition, the Zeitwerk arrives with a brand new, in-house calibre L043.9 that has been afforded twice the power reserve of its predecessor model, a significant boost up to 72 hours.

Also new is the pusher at 4 o’clock that allows the hour indication to be switched separately and makes it easier to set the time.  The user-friendly, yet highly technical mechanism is controlled by a constant-force escapement that keeps everything in check.

Away from the technicalities of the watch’s movement comes the innovative design with its curved time bridge that dominates the dial and becomes part of the movement and frames all time indications. On the Zeitwerk Honeygold “Lumen’, it consists of black rhodiumed German silver, coordinating neatly with the dark sapphire-crystal dial. 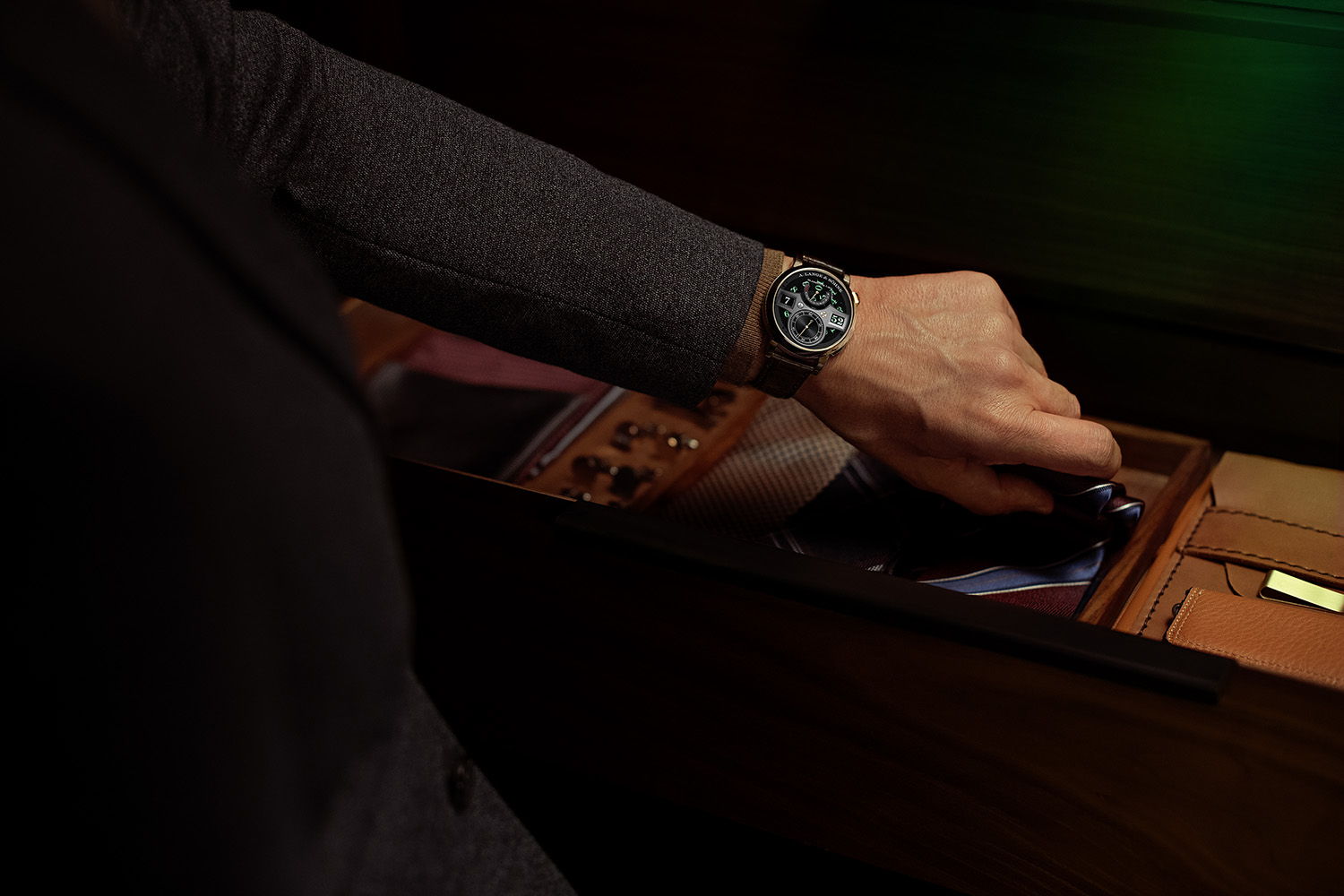 It’s here that one delves into the “lumen” aspect of the watch – the light-permeable coating of the dial allows for the luminous numerals that are not exposed in the aperture to absorb enough UV light needed to glow in the dark.

Last, but not least, the Honeygold nomenclature refers to the case of the watch. Coming in at 41.9mm, it’s made of A. Lange & Söhne’s proprietary honey gold – a first for a “lumen” model.

The warmer tone is achieved through a number of admixtures and a special thermal treatment endow the 18-carat gold allow with extra hardness.

The hands of the power-reserve indicator and subsidiary seconds alongside the Lange prong buckle are made of the same material.

The watch – limited to just 200 – is strapped to the wrist by a dark brown leather strap and is priced at approx. $200,000. Alange-soehne.com