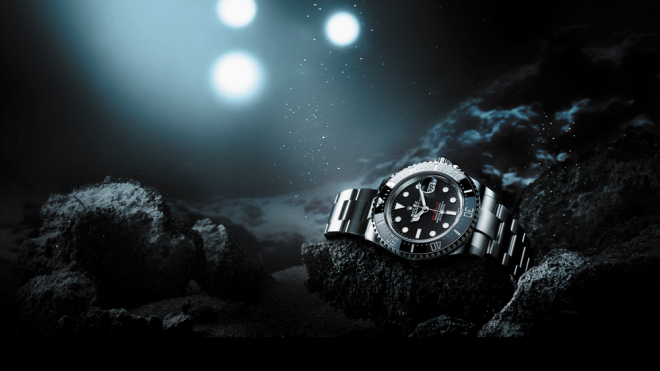 Here’s how it works.

Nine years before astronaut Neil Armstrong set foot on the surface of the moon, Swiss oceanographer Jacques Piccard and US Navy Lieutenant Don Walsh climbed aboard the bathyscaphe Trieste for a dangerous, unprecedented expedition to the bottom of the Mariana Trench — the deepest known area of all the world’s oceans, around 11,000 metres beneath the surface of the Pacific. They did so with an experimental Rolex Deep Sea Special wristwatch attached to the exterior of the submersible. Upon their return to the surface, as is well known in watch lore, Piccard sent Rolex headquarters a telegram that read: “Happy to announce your watch as precise at 11,000 metres down as on surface.”

The pairing of these two submersible items, watch and submarine, mirrors a parallel set of technical challenges and refinements that continue to this day. One of the most obvious of those challenges is accounting for the operating dynamics of a pressure hull, which applies to both the submarine and the timepiece.

“As the sub starts to dive, it gets squeezed together and compressed into shape,” explains John Ramsay, principal design engineer at Triton Submarines. “Once you start getting deeper, the submarine starts to seal itself.” Because of that, the shape and strength of a submersible (like a diving watch) are the most critical aspects of its construction.

Model of the bathyscaphe Trieste, 1953. SSPL via Getty Images

“The challenge that watchmakers and submarine engineers have in common is form,” says Charles Kohnen, president of SEAmagine Hydrospace Corp, a manufacturer of personal submersibles. “The shape of a pressure vessel is just as important — if not more important — than the material. How uniformly is the pressure distributed around the shape? That’s a very important aspect.” 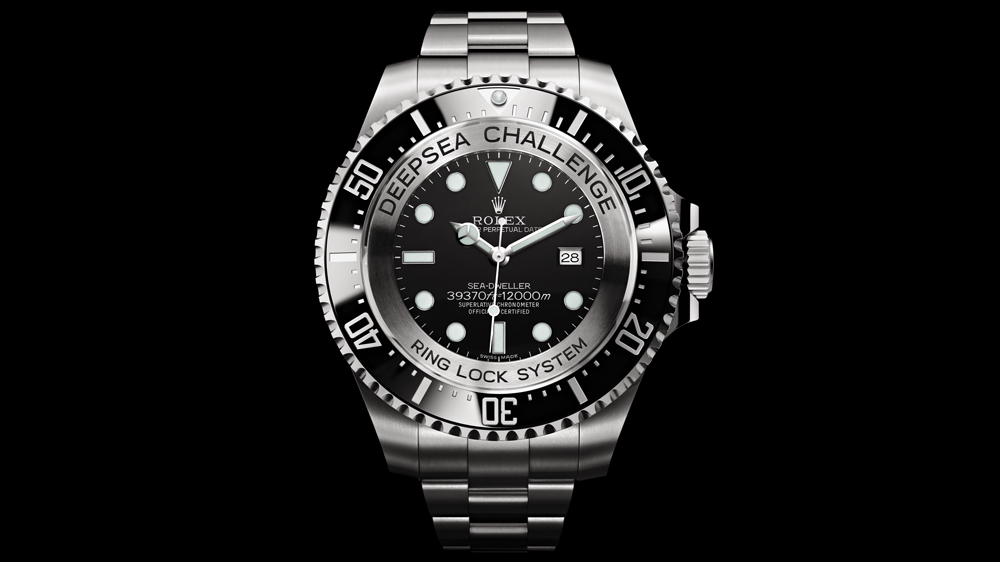 That being said, the basic O-ring seal is a principal design feature for watertight functionality for both of these submersible mechanisms. Specialised rubbers for O-rings, like nitrile, Viton, and ethylene-propylene diene monomer (EPDM), have also advanced waterproofing capabilities, since they can withstand extremely cold temperatures better than ordinary rubber.

“To make a watch waterproof at deeper depths, it’s not something very difficult to do anymore,” says Marc Hayek, the CEO of Blancpain, manufacturer of the Fifty Fathoms collection of diver’s watches. “Where we have advanced is in reducing tolerances that make performance more consistent.”

Deep Sea Under The Pole by Rolex, 2010 Clément Infante/Deepsea

Likewise in submarines, refinements have occurred through advances in manufacturing. “Ten years ago, we used a lot of welding techniques,” says Ramsay. “But our subs are being built more to a watchmaker’s level of precision now. Everything is machined from solid extrusions of metal until we have the perfect shapes. We know everything about the shape and size of the sub within thousandths of an inch. That allows us to know exactly how a sub is going to perform as it gets pressurised.”

The reactive properties of those specialised materials — such as rubber and acrylic — and the shape and strength of a submersible are critical to a sub’s ability to successfully and safely perform a dive not just once but thousands of times. “During a dive, everything contracts and releases,” says Kohnen. “That puts stress on the material and stress on the whole system. It’s one thing to build a submersible that can withstand the pressure, but how often can it do that? The windows in our 1000-metre submarines are made of acrylic with a thickness rating equal to 4000 metres of pressure. That’s the margin they must have to handle 10,000 cycles.”

Although personal submersibles share some general materials with mechanical watches — namely, various forms of titanium and aerospace-grade aluminiums that can withstand the corrosive properties of salt water — acrylic drives the industry. Triton recently forged an exclusive partnership with Evonik, a German chemical company that not long ago built a new facility to create the largest and thickest acrylic spheres for manned submersibles. The process starts with a 1.2-square-metre piece of acrylic that is cut into a disk, gently heated, and draped over a mould to form a hemisphere. The material is then machined into a perfectly clear sphere with far better optical properties than cast material, which tends to yellow.

While watchmakers and the submarine industry may be on parallel tracks, there is little or no communication between them. Rather, both are focused on other, more emotional sources of inspiration to capture the imaginations of their clients, and this may be a final significant similarity between these two waterborne machines. For Kohnen, idea generation comes from science fiction.

“Star Trek and Star Wars,” he says, only somewhat facetiously. “There’s an overlap of design and materials and also a sense of exploration, whether it’s travel through space or hydrospace. I’ve done at least a thousand dives, and when you go deep and there’s no more light, you see this whole panorama at 1000 metres that blows your mind. Nobody knows what these creatures are. It does feel like outer space and visiting a different planet.”