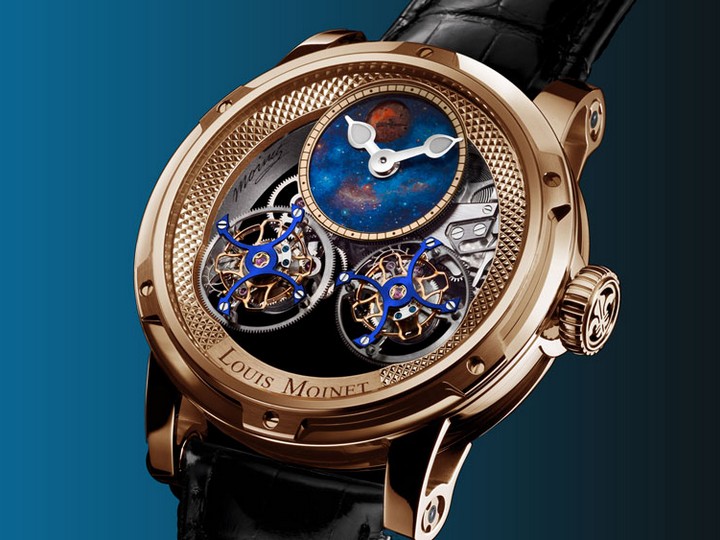 When two tourbillons are better than one

Seven quality timepieces, each fitted with a double dose of watchmaking’s showpiece complication.

Now that the tourbillon has become standard fare amongst luxury watch brands, a number of Haute Horlogerie masters have turned to the old adage, two is better than one. While still created as a “because we can” exercise in technical mastery, the concept behind a double tourbillon is a good one. A single tourbillon is designed to offset the impacts of gravity on the balance wheel’s oscillations, thus theoretically improving accuracy. A pair operating as a team should thus increase this counteraction.

That said, there are a vast number of chronometer-certified non-tourbillon watches out there; likewise, many tourbillons are not able to attain said certification despite the technical promise of their engineering. Still, the tourbillon still maintains a high level of cachet, and for those wanting to level up from the land of the single tourbillon, we’ve compiled our seven favorite contenders. Considering that Abraham-Louis Breguet was the creator of the tourbillon back in 1801, starting with the exquisite Double Tourbillon 5347 seems a logical choice. The pair of tourbillons are attached via a bridge to a centre plate which acts as a dial of sorts, completing a full rotation every 12 hours. At one end said bridge is extended, acting as the timepiece’s hour hand. The piece is available in both rose gold and platinum, with pricing starting at around $A503,060 for rose gold and $A540,900 for platinum. The 1770 Micromegas Revolution from Manufacture Royale ($A188,000) is the brand’s 2nd double tourbillon, though it is a significant departure from its predecessor in a couple of key ways. The partly skeletonised dial separates hour and minute indication onto a pair of subdials, for example, rather than using a conventional means of displaying time. Its movement — the Calibre MR08 — is a modified variant of the brand’s self-winding caliber, now the fourth automatic movement in Manufacture Royale’s stable.

What carries forward from its sibling is the unique dual tourbillon configuration where one tourbillon completes a full rotation in 60 seconds (fairly standard), whereas the other does so in only six. Three limited-edition variants of the 1770 Micromegas Revolution were unveiled in early 2017 with movement components treated in purple, blue, and khaki, limited to three editions apiece (purple and blue cased in titanium, green cased in rose gold). If owning a limited edition isn’t a top priority for you, then black is also an option. The Louis Moinet Sideralis is another slightly out-of-the-ordinary offering; it’s the only double tourbillon we’ve come across in which the tourbillons rotate in opposition of one another. They are also raised above the movement’s plane, allowing the wearer of the Sideralis to further appreciate their front-and-center presence above the dial. The piece is available in either white or 18K gold with a skeletonised dial (limited to 12 pieces each), or with a hand-painted dial depicting the night sky (limited to 28 pieces). Few watch brands are as heavily invested in the execution of a double tourbillon as Greubel Forsey. Unlike the other double tourbillon to grace our list, Greubel Forsey engineered this movement so that one tourbillon inclined at 30 degrees would rotate inside a second, slower rotating tourbillon. It’s this design innovations that led the 30 Degrees Technique to win the Concours International de Chronométrie in 2011, scoring a landslide 915 of a possible 1000 points over the 45 day timing torture test. By far one of the more “edgy” offerings in our list, the Excalibur Spider Pirelli is the latest offering of Double Flying Tourbillon from Roger Dubuis is offered on a strap formed from used Formula 1 racing tyres. The skeletonised double tourbillon movement takes no less than 1200 hours to manufacture, as each piece is stamped with the Hallmark of Geneva. Though other Excalibur Double Tourbillon models also exist, this particular variant is limited to only eight examples worldwide. In Ralph Lauren’s latest additions to the brand’s watch collections, the RL Automotive Double Tourbillon ($A124,820) has now become the line’s flagship piece. Cased in shot-blasted black stainless steel and featuring a unique amboyna burl wood bezel, the piece is yet another tribute to Ralph’s passion for automotive classics — in particular his Bugatti Type 57SC Atlantic. Thanks to the brand’s ongoing relationship with the Richemont group, this piece can safely compete with the rest of our double tourbillon pack. Though a few years old now, the Arnold & Son DTE is just as compelling as it was upon its release in 2014. Conceived by the brand’s former head of movement design, Sébastien Chaulmontet, the DTE is a unique breed of double tourbillon, as each tourbillon regulates each of the two time zones displayed on its dial (each of which being set by their own crown). Thanks to this separation, each time zone can be set in either 1h, or 15, or 30 minute intervals from one another to compensate for any of the world’s 37 time zones.