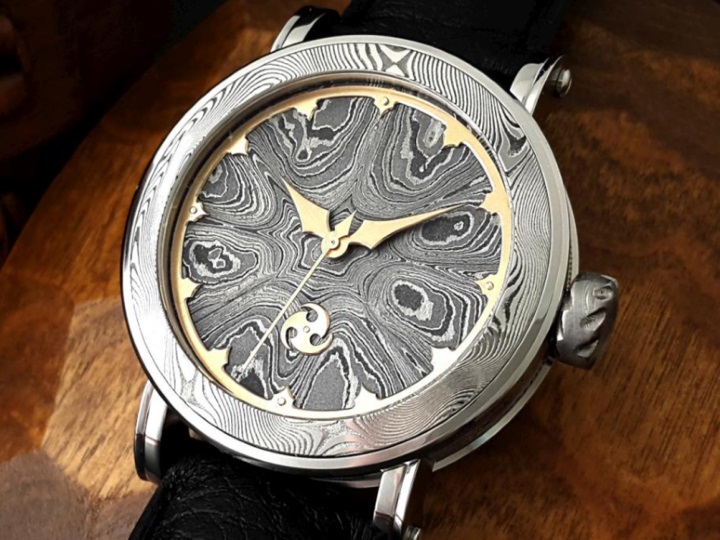 Watchmaking’s most unique and cutting-edge materials

As the use of out-of-the-ordinary materials is becoming increasingly popular, here are some of the elements worth considering for your next purchase.

While there is huge demand among watch collectors for limited-edition pieces and bespoke services, the use of out-of-the-ordinary materials in watchmaking has become increasingly popular in recent years.

We've seen carbon fibre, ceramic, and sapphire take off in truly spectacular fashion, and lately, even bronze is slowly working its way through a number of luxury houses. Rather than take you through a list of specific pieces, today we examine the different materials being used by some of the industry's best and brightest, focusing on why these kinds of pieces are worth considering for your next purchase. One of the first alternative watch materials to hit the market, Ceramic was first used in Omega's prototype Seamaster Cermet in 1973, and then for the IWC Da Vinci Ceramic in 1986.

Since then, Blancpain, Omega, Bell & Ross, and Audemars Piguet have thrown their hats into the ring — and with good reason. Ceramic is both highly resistant to scratching, and remarkably lightweight — weighing roughly the same as aluminium, though it is much stronger.

What's more, brands are now able to craft ceramic cases in a range of colours that will survive the life of the watch, unlike diamond-like coatings and physical vapor deposition, both of which have a propensity for wearing off over the years. Watch brands continue to find clever ways to integrate carbon into their cases and even their movements, as we saw with the new Panerai Lab-ID launched earlier this year.

The material is extremely strong and lightweight, and by utilising different production processes, it can be applied in a variety of ways, ranging from the traditional woven sheets often seen in the Hublot catalogue, to the linear layered processes employed by Roger Dubuis, to the mottled forging process used by Bell & Ross and Audemars Piguet.

Most recently, Richard Mille used a proprietary carbon known as Graph TPT fibre to build the timepiece that holds the record for the lightest wristwatch ever made, weighing in at only 40 grams. It is most often the drive to improve hardness and scratch resistance or to reduce weight that pushes watch brands to delve into creating proprietary alloys. Hublot, for example, has invested significant resources into metallurgy, leading to the development of a number of alloys.

Most notably, its Magic Gold — an 18-karat-gold alloy that is blended with a ceramic composite to give it an incredibly scratch-resistant finish — is a godsend to collectors who appreciate gold but cannot tolerate its softness. Harry Winston, on the other hand, sought a non-allergenic material with similar properties to titanium when developing Zalium.

Finally, Linde Werdelin's creation known as ALW is a variation of an aerospace industry alloy that is twice as strong as steel and half the weight of titanium. As impressive as these figures seem, it was the oddly iridescent quality of the material that garnered the Oktopus Moonlite White significant attention when it launched in 2015. As bronze watches are exposed to the elements, they develop an inimitable patina. Those fonder of uniform perfection may take issue, but the fact that your watch, much like you, will slowly age and change day by day has a certain appeal that has taken hold with a significant subset of collectors. At the pinnacle of high watchmaking rests the mastery of sapphire case manufacturing. Incredibly strong and obnoxiously difficult to cut and machine, sapphire is a material only used by a select group of luxury watch manufacturers.

Greubel Forsey, Richard Mille, and MB&F all offer exclusive and complex examples of the craft, while Hublot leads the charge as the manufacturer with the most watches on the market cased in the transparent material (including a few coloured examples launched in 2017).

Other metals (magnesium and tantalum) While not as widely used in the watch industry as our other selections, magnesium and tantalum have both been employed in recent horological creations. Bulgari's Diagono Magnesium line was launched in 2015 and continues to expand year after year. Taking cues from the world of motorsports, Bulgari continues to utilise magnesium as an alternative to other lightweight alloys.

Tantalum had a brief heyday of sorts in past years, but its scarcity and hardness have ensured that few watch brands are willing to adopt it for case making. Lately, the boundary-pushing François-Paul Journe seems to be one of the only makers who continues to dabble in the rare metal. Last but certainly not least, the organic texture of Damascus steel (yes, technically it _is_ steel) remains on the radar of many boutique watch brands around the globe. Working with the substance is more art than industry, and masters of the material are few and far between.

GoS watches of Sweden and Geoffrey Roth of Arizona have both worked extensively with Damascus steel over the years, and even Christophe Claret and Sinn Spezialuhren have unveiled limited edition pieces using the material in the last couple of years.