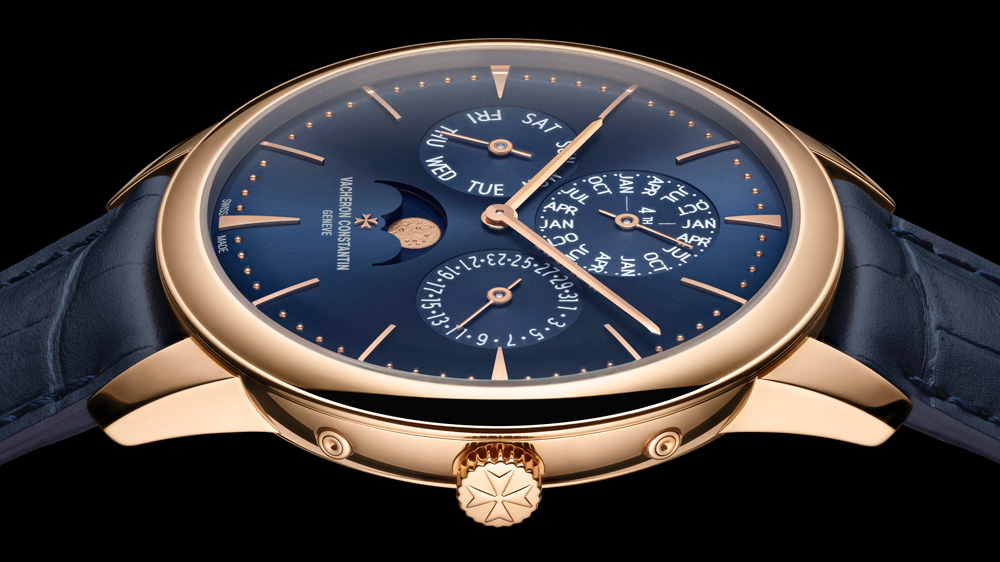 The watchmaker has added to its line of Patrimony blue dials with a complicated new iteration.

Vacheron Constantin has been adding midnight blue dials to some of its classic watches lately — a contemporary tweak that adds a jaunty overtone to an otherwise rigorously minimalist aesthetic. It has already transformed models in the Overseas and FiftySix collections and now works its magic on the Patrimony Perpetual Calendar Ultra-Thin. This is the fourth iteration of the perpetual calendar model: there are two other red gold versions, with ivory or brown dials, and a platinum one with a silver dial. Vacheron introduced blue dials to three other Patrimony models earlier this year at SIHH—a retrograde day-date, an automatic three-hand with date and a manual-wind time-only.

The sunburst blue adds some zing to what is otherwise a conservative line with an old-world constitution, inside and out. There are only so many ways to make a dial exciting and minimalist at the same time, and Vacheron’s strategy of bluing it works because doesn’t interfere with the clean lines that define the collection. The watch retains the pure, 1950s-inspired design of the Patrimony line, with its needle-thin markers and baton hands. While platinum is often used now for first editions and grand complications, pink gold has a long history as the metal of choice in traditional watchmaking to signify a special edition of an existing line or a model that contains a high complication. This distinction, combined with a dial rendered in the colour of the moment, makes for a nice mix between contemporary and classic. 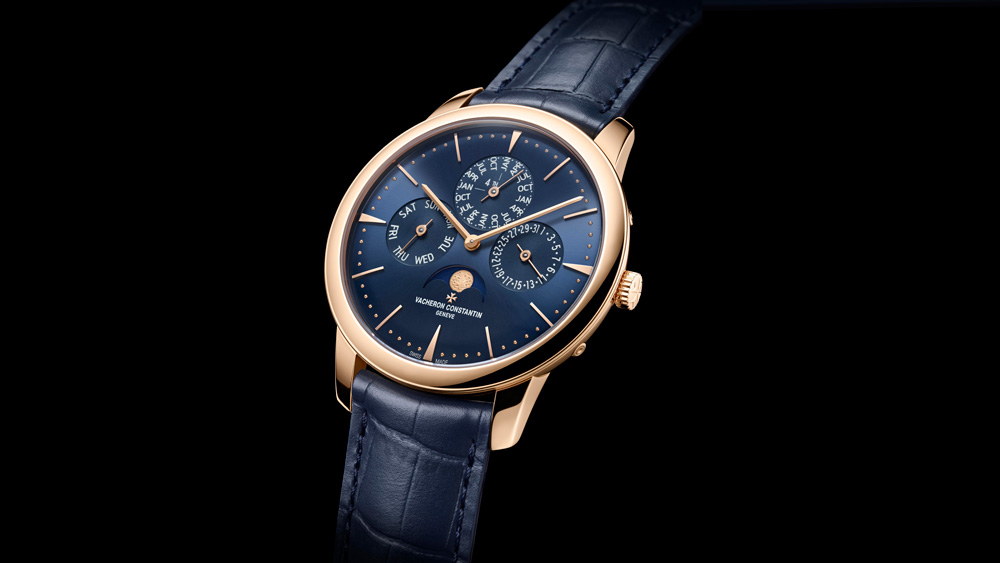 The ultra-thin case adds vintage cachet and is made possible by an ultra-thin movement, calibre 1120 QP. It’s based on one of the first examples of micro-watchmaking in the modern era, the base calibre 1120. When the Patrimony collection was introduced in 2004, it led the charge toward the current mega-trend to ultra-thin watches using a modern iteration of this 1960s movement. The perpetual calendar model, first introduced in 2011, is only 8.9mm thick, with a movement that measures a mere 4.05mm thick. It is a classic perpetual calendar, displaying day of the week in a subdial at 9 o’clock, the date in a subdial at 3 o’clock, and the month and leap year on a 48-month counter at 12 o’clock. Mapping out the leap year on a four-year calendar presents a full picture of where you are in the cycle. It isn’t must-have information, but it demonstrates the movement’s precision in real time. 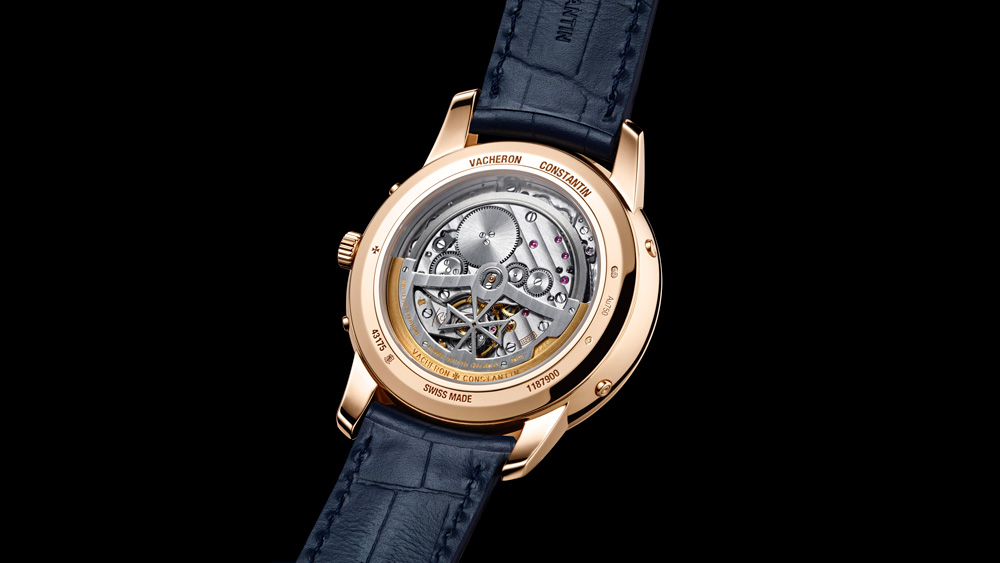 Like the hands, markers and tiny minute track pearls, the moon is made of 18-karat gold and surrounded by champlevé enamel, another subtle expression of high watchmaking. Distinguishing the hue of the moon disk from the midnight blue on the rest of the dial could easily have been accomplished by simply dyeing it, but the champlevé enamel goes the extra mile to add a touch of rich translucence. The perpetual calendar will not need adjustment until March 1, 2100, and the movement is finished to Geneva Seal standards, which means every component—even the undersides of bridges that only the watchmaker will ever see—has been decorated, chamfered or polished.

The Patrimony Perpetual Calendar Ultra-Thin is priced at $120,000, and will be available later this winter exclusively at Vacheron Constantin brand boutiques.