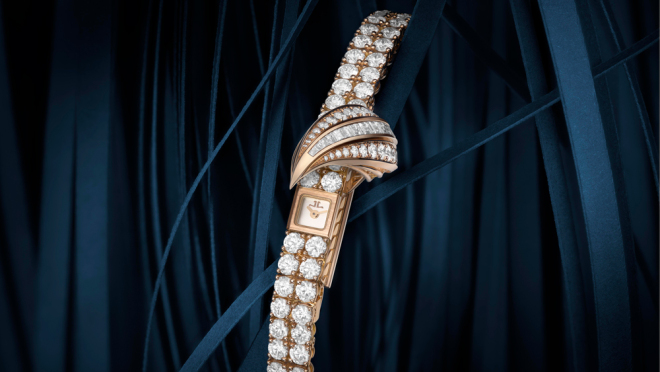 The neo-vintage trend of the past few years kicked off a race among watch producers to develop new, scaled-down movements to fit the smaller cases dictated by vintage designs.

It incidentally spawned a surge in the development of new, smaller calibres for ladies’ mechanical watches, and several new movements were introduced at the watch fairs earlier this year.

For Jaeger-LeCoultre, there has been no need to task its R&D department to compete in the rush for new feats of micro-engineering; the company has been producing the world’s smallest mechanical movement since 1929 when it first introduced the Caliber 101, and the movement is still in production.

Last week, the company introduced two new ladies’ watches containing the famous movement. It’s in celebration of Jaeger-LeCoultre’s sponsorship of the Venice International Film Festival and the watches will be unveiled at a special exhibit – also in Venice – called Homo Faber, showcasing products in the European luxury sector. 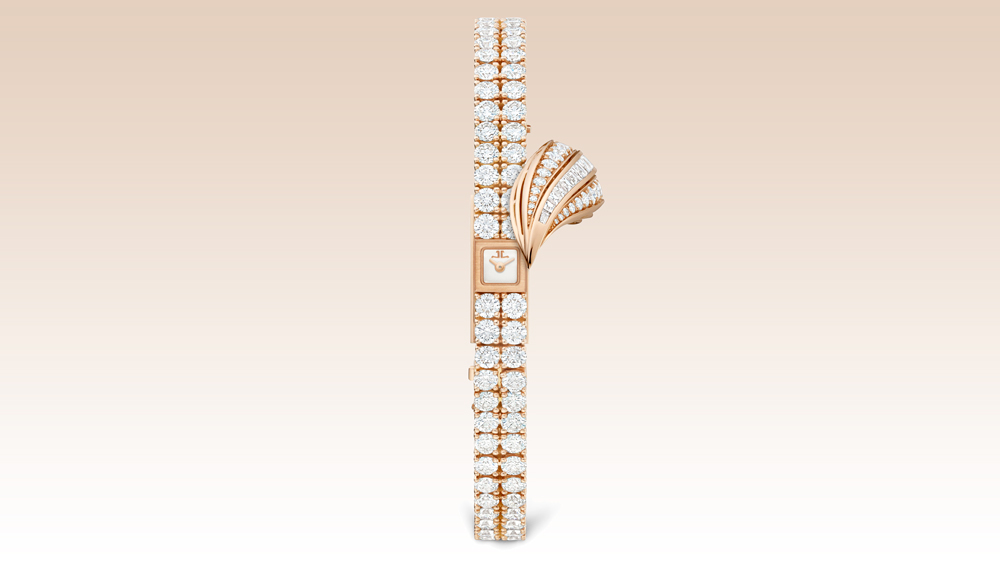 The precursor of the Caliber 101 was Jaeger-LeCoultre’s Duoplan movement, introduced in 1924 at a time when pocket watches were giving way to wristwatches and companies were struggling to make smaller movements that were as reliable as larger ones.

With the Duoplan, Jaeger-LeCoultre proved that creating a smaller, compact movement did not have to mean compromising on performance. The Caliber 101 crams 98 parts into the tight space of 14 x 4.8 x 3.4 mm with a total weight of only one gram.

Each of its components is custom manufactured and adjusted, and only a handful of watchmakers in the company have mastered the painstaking assembly of something so small and precise – production, therefore, is limited. The movement is used in the two newest timepieces in the limited collection, the Joaillerie 101 Reine and Joaillerie 101 Feuille. 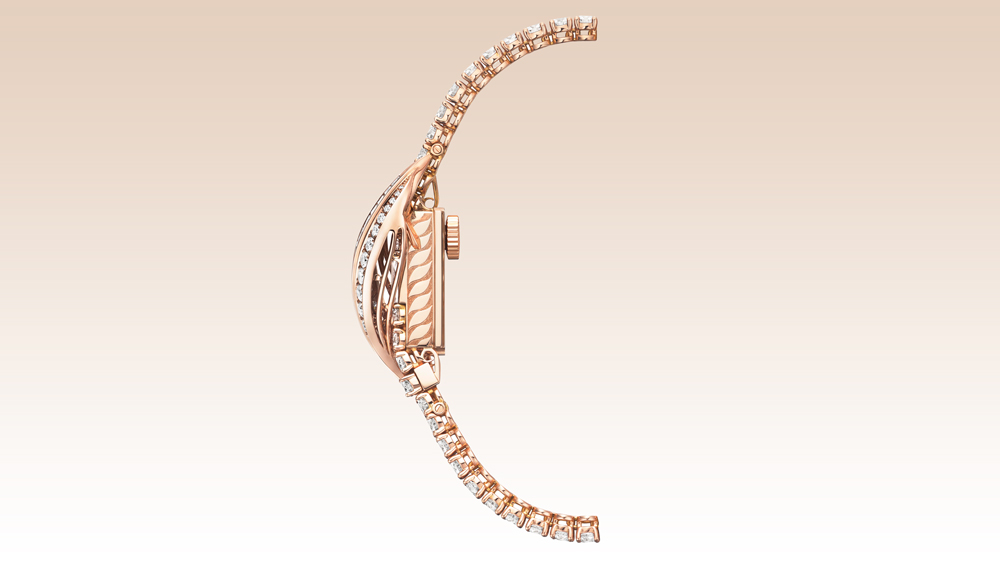 The Reine is a manchette-style, bracelet watch set with 110 pavé diamonds totalling 11 carats. There is a lot of intrinsic value in these watches, besides their mechanical appeal the diamonds are huge, and of FG, VVS quality, values that turn up only among rare pieces of jewellery.

The Feuille is set with even more diamonds – a total of 167 weighing a total of 10.3 carats – because it’s a secret watch, with a hinged leaf-shaped cover over the dial that is also gem set. The cases and bracelets, both come in 18-karat rose gold, a material that is new to the collection. The Feuille was introduced in a white gold version at the Venice Film Festival in 2009.

The Caliber 101 is so small that each of the diamonds set into the bracelets of the Joaillerie 101 Reine and Feuille are bigger than the movement itself. This is the reason it is often used in jewellery watches, where decoration is often more important than being able to read the dial without squinting. 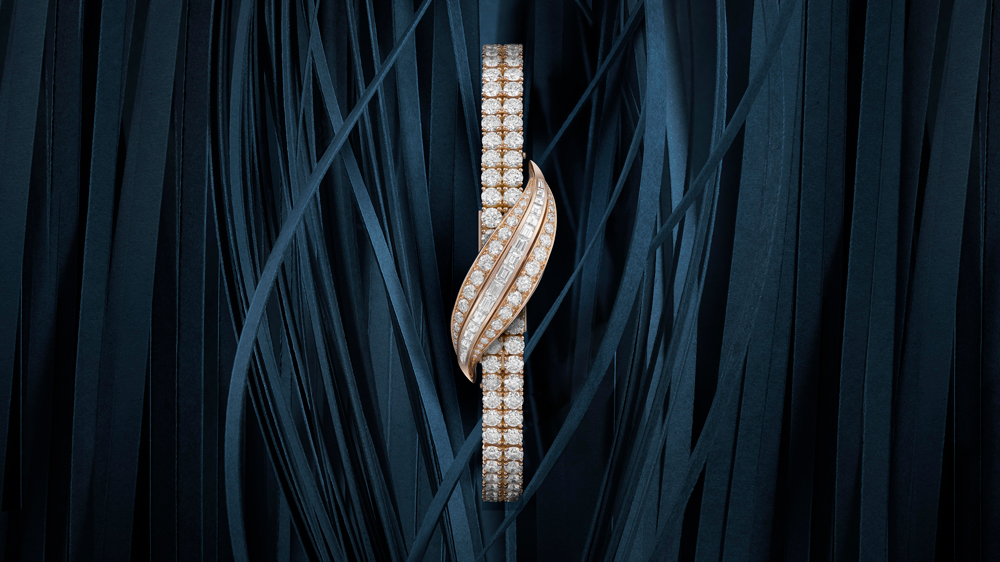 The Homo Faber exhibit, where the timepieces will be on display, aims to showcase the skills and techniques mastered by artisans working in the European luxury sector. Called “Discovery and Rediscovery,” it is on from September 14-30 at the Fondazione Giorgio Cini in Venice.

It is the first event organized by the Michelangelo Foundation, a non-profit organization based in Geneva set up to celebrate and to preserve master craftsmanship and link to the world of creativity and design.

Prices for the new Jaeger-LeCoultre Joaillerie 101 Feuille and Reine on request.