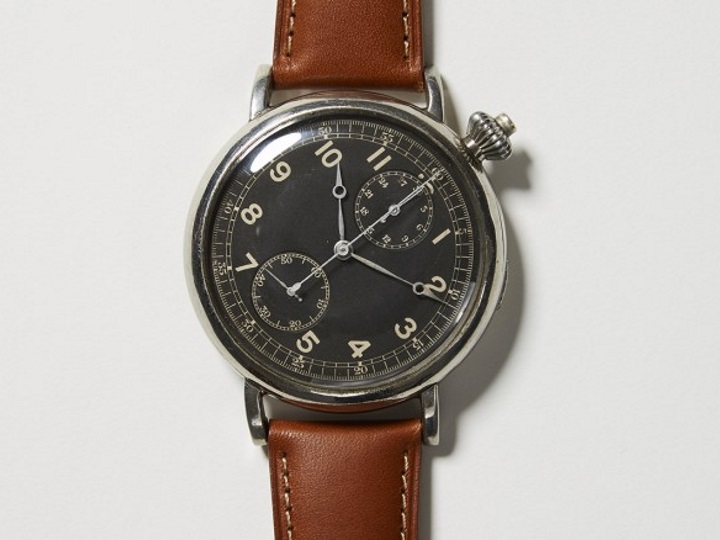 Bonhams, Christie’s, and Phillips have all announced an incredible roster of rare and noteworthy timepieces up for auction.

May is shaping up to be another exciting month in the world of watch auctions. Each of the major players — Bonhams, Christie's, and Phillips — have announced an incredible roster of rare and noteworthy timepieces that will be up for sale in New York and Geneva.

As we creep nearer to each respective auction, we will be taking a closer look at each sale's top lots. However, to tide us over until then, we recently had conversations with key members of each auction team — Eric Wind of Christie's, Paul Boutros from Phillips, and Jonathan Hochman of the rapidly growing Bonhams watch department — to see which timepieces they were most interested in seeing cross the block. Though Longines has created two reissues of the A-7 Avigation in recent years, original examples like the one headed to the Bonhams Watches, Wristwatches, and Clocks auction on May 23 are quite scarce.

Dating back to the 1930s, the A-7 is not only interesting for its military history, but for the fact that it was purpose-built as a wristwatch, unlike many pieces of this era, which were pocket watches that were converted for wear on the wrist after the fact. A small number of A-7s were produced for the civilian market.

However, both its case engraving and the extract from the Longines archives confirm that this hefty monopusher chronograph was one of the pieces crafted specifically for the U.S. Army Air Corps. The prized military relic is expected to fetch between $US40,000 and $US60,000 (about $A53,000 and $A79,500) by the time the hammer drops. ( bonhams.com) Though the name of this May 15 sale is Rare Watches and a Rolex Afternoon, our friend Eric Wind of Christie's has his sights set on a particularly rare Zenith in the upcoming auction.

Commissioned by the Italian retailer A. Cairelli in Rome for the Italian military, only 2500 examples of the CP-2 are thought to have been produced, and to find one in such pristine condition is simply unheard of.

As we continue to see the collector market heat up, condition is becoming more and more important, leading Eric to believe that this Zenith is destined to draw quite the bidding frenzy in Geneva next month. (christies.com) Given the intricacies of properly identifying original vintage Rolex watches — especially Daytonas — when examples like this Paul Newman Oyster Cosmograph Daytona land in an auction catalogue, everyone takes notice.

Paul Boutros, Phillips head of watches for the Americas, has long been fond of the iconic Rolex model, and this example is especially noteworthy for its incredibly rare pairing of a yellow dial and screw-down pushers with a yellow-gold reference 6263 "Paul Newman" Daytona.

Until the uncovering of this model, only two were known in existence, and there is a fair bit of speculation that this piece could pull in north of $US1.5 million (about $A2 million) if the right bidders are paying attention. We know we will be curious to see the results on May 14. (phillipsauction.com)