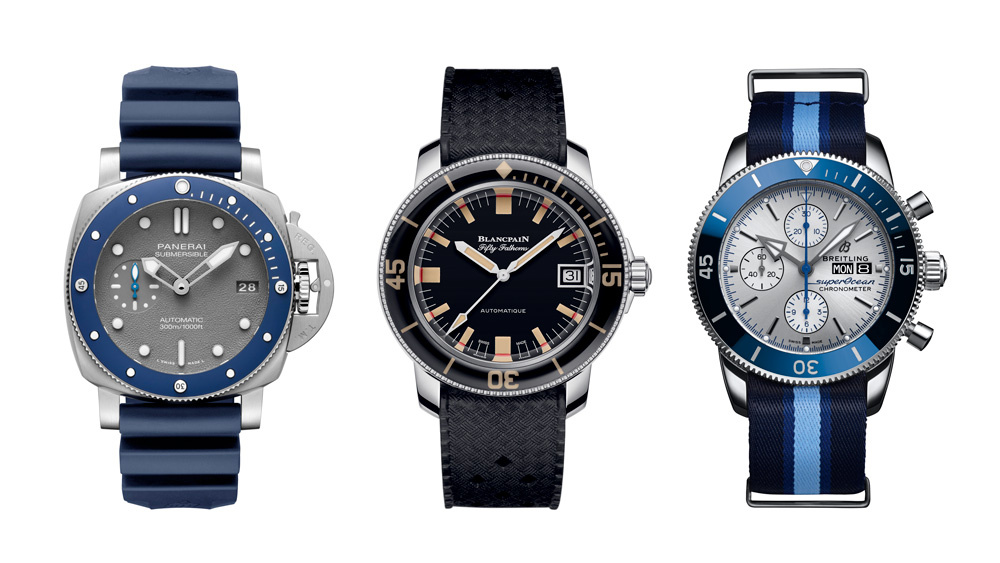 Or to provide some added value to your poolside attire.

Whether you’re planning slip into your wetsuit or merely park it by the pool, a diver’s watch is a perennial essential for both serious sportsmen and watch aficionados alike. But regardless of why you’re going to spend the money, the watch in question should still meet professional standards. If you were looking for a car built for speed performance would you buy a Rolls Royce or a Ferrari? We rest our case.

A dive watch should come equipped with a screwdown crown and caseback with at least 100 metres of water resistance, a unidirectional rotating bezel and heavily lumed hands and markers for readability. Here are five dive watches, water resistant to depths of 200-300 metres, that are brand new to the market for your consideration. An added bonus is that a few of them are also geared toward giving back to the environment, so you can feel good about your purchase beyond its technical specs. 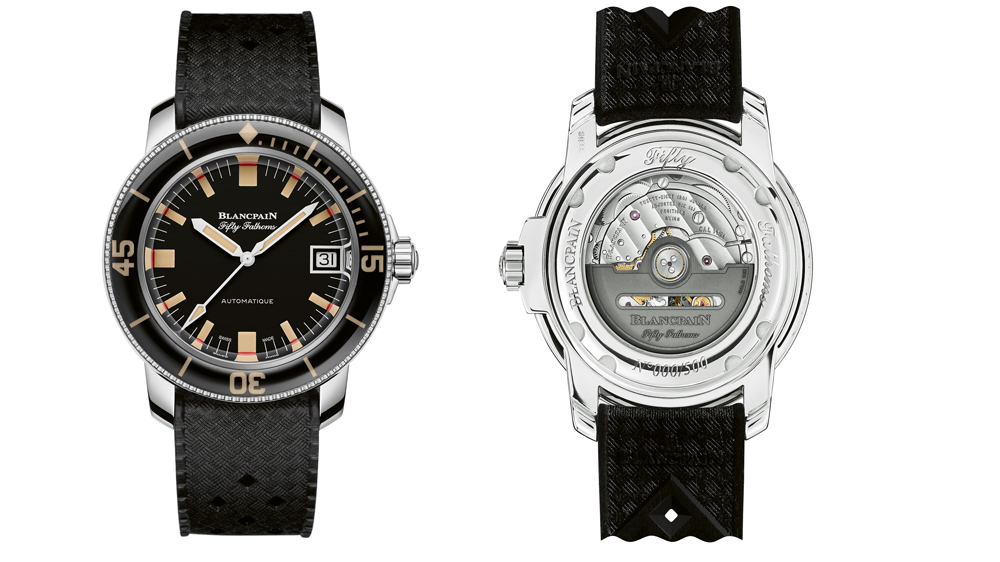 The Barakuda limited edition (around $20,100) honours an early Fifty Fathoms that was issued to the German military in the 1960s through Barakuda, a company specializing in technical diving equipment. It looks like the original, with two-tone rectangular hour-markers, large hands and red and white hour markers coated with an “old radium” shade of Super-LumiNova. The prominent date display at 3 o’clock was also a key element of the original. Modern touches include a new movement—the automatic calibre 1151—and a bezel with a domed insert made of scratch-resistant sapphire, an innovation introduced by the brand in 2003. It is water resistant to 300 metres, and will be made in a limited edition of 500 pieces. 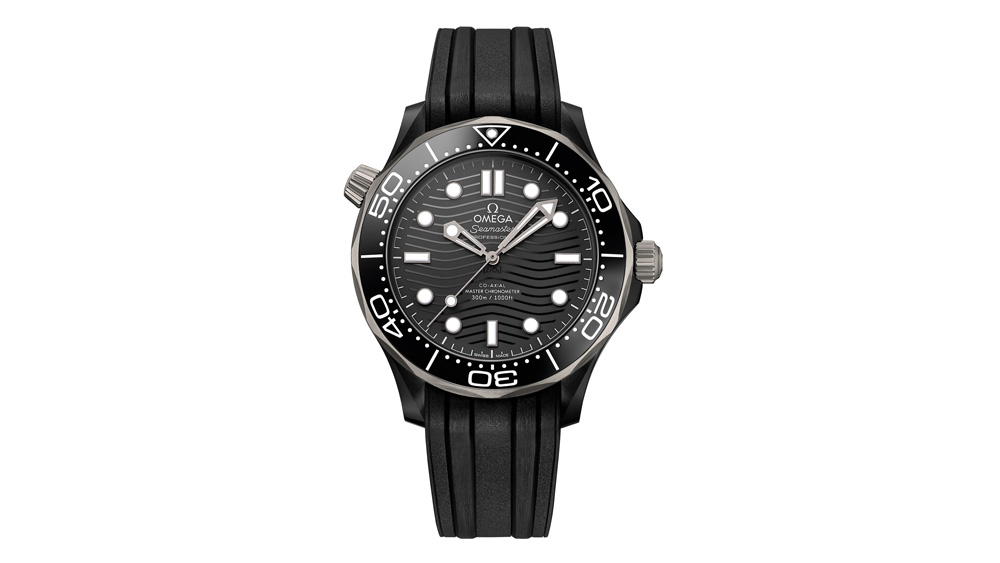 Behind this simple black and white design is a high-tech Omega dive watch ($11,100), loaded with state-of-the-art materials that are tough and functional. The case is made of scratch-resistant and extremely hard ceramic, with a caseback in light-but-tough grade 5 titanium. The bezel is titanium topped by a black ceramic ring with a diving scale in white enamel. The dial is also ceramic and comes etched with the model’s signature wave motif. The hands and indexes are made from PVD titanium, filled with contrasting white Super-LumiNova. It’s water resistant to 300 metres, and is equipped with a helium release valve for deep dives. The movement is the METAS-certified Master Chronometer Calibre 8806, which is amagnetic and highly precise. 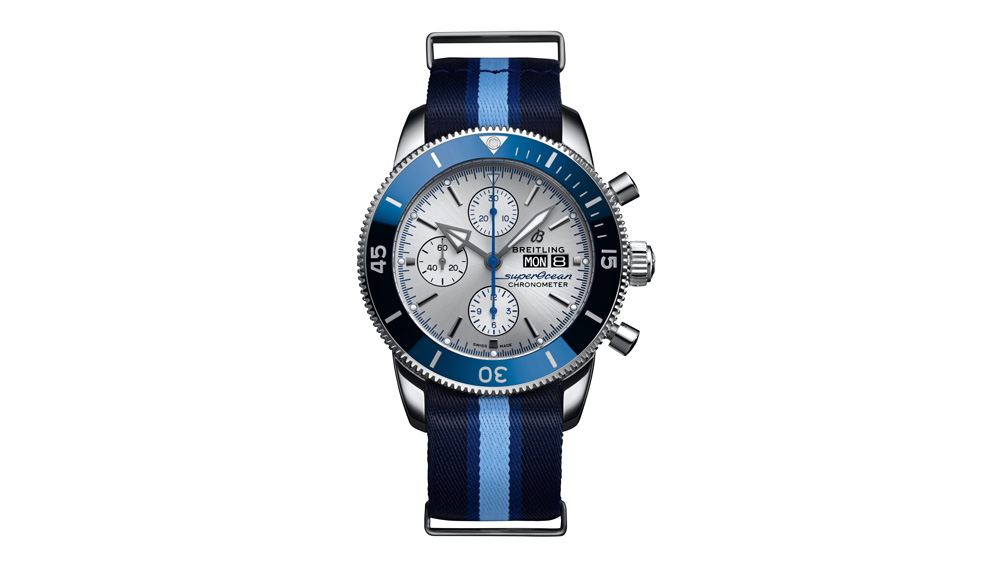 Breitling was an important player in the development of water-resistant watch technology. When it introduced the Superocean in 1957, it was one of only a handful of watch companies who could make a watertight case. This special edition (around $9000, limited to 1000), rated to 200 metres, was launched at a beach cleanup event in Bali, in support of the Ocean Conservancy. The organization’s goal to remove plastic from the world’s beaches. Breitling’s “surfers squad” of ambassadors was on hand to help, including surfers Kelly Slater from the U.S. and Sally Fitzgibbons and Stephanie Gilmore of Australia. The 44mm case is steel, with a ceramic bezel and hands coated in blue Super-LumiNova. The movement is the Breitling automatic B20 calibre, a COSC-certified chronometer movement, with chronograph and day/date functions. 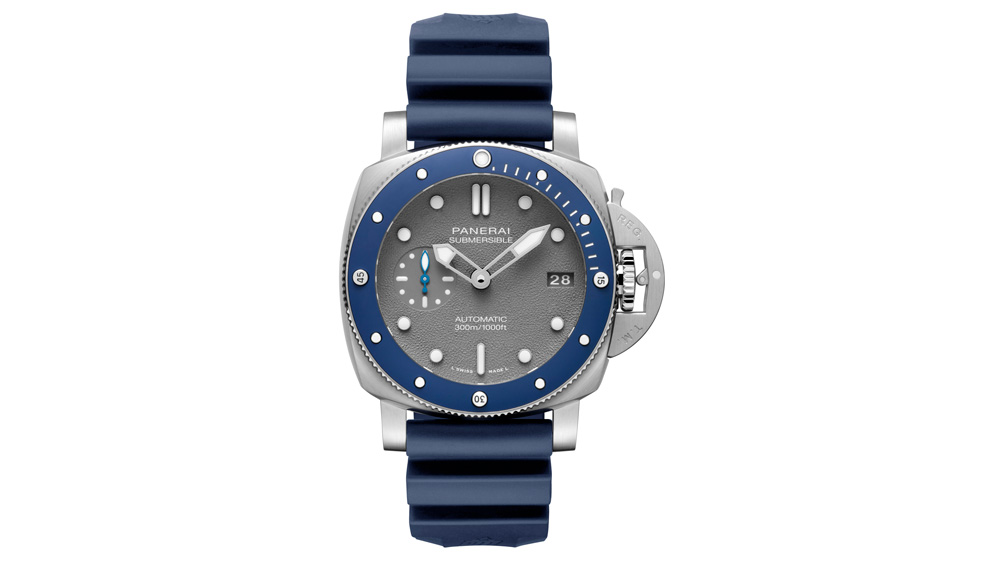 The Submersible has come a long way since Panerai started supplying them to the Italian Navy in the 1940s. Aside from the signature large crown protector, sandwich dial and minimalist design, the new Submersible 42mm (around $14,000) now has a ceramic bezel, a 300-metre water resistant case made of 316L stainless steel and an in-house movement: the automatic calibre OP XXXIV, which boasts a three-day power reserve. A blue rubber strap matches the blue ceramic bezel. The dial, described by Panerai as “shark grey,” has a textured finish resembling a shark’s hide. It contrasts with the blue bezel and white luminated hands and markers for optimum readability under water. 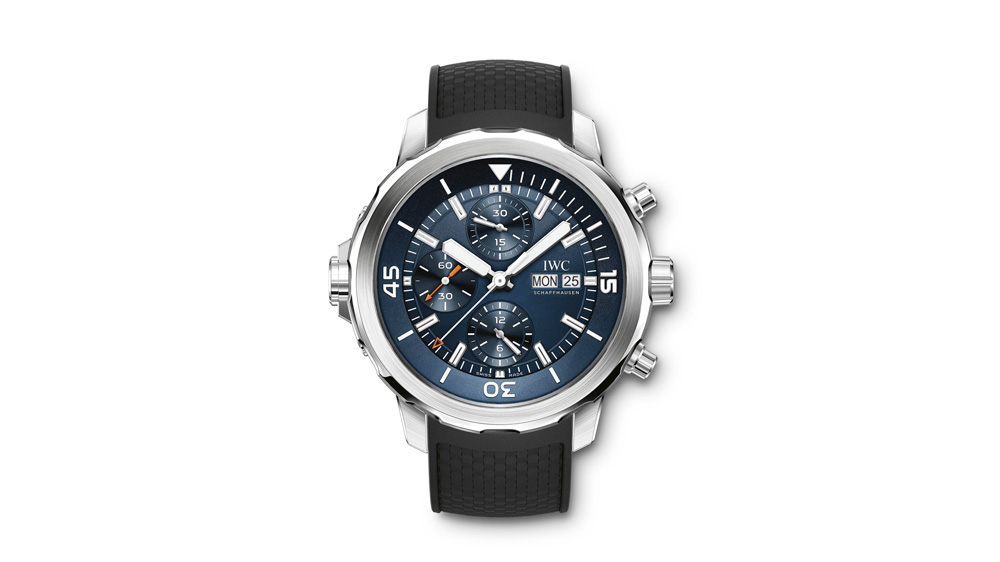 IWC Schaffhausen’s new special edition Aquatimer (around $10,000) is more than a personal tool watch—it’s also working to help combat climate change. Proceeds will be donated to the Cousteau Divers organization, which works with recreational divers in an effort to gather data on the temperature beneath the ocean’s surface. Understanding how the ocean stores and releases energy contributes to a better understanding of how the ocean’s temperature influences climate, weather patterns, storm formations and fish and bird populations. IWC has supported the Cousteau Society since 2003. The 44mm stainless steel case is water resistant to 300 metres, and contains the IWC automatic calibre 79320, with chronograph, day/date display and small hacking seconds.