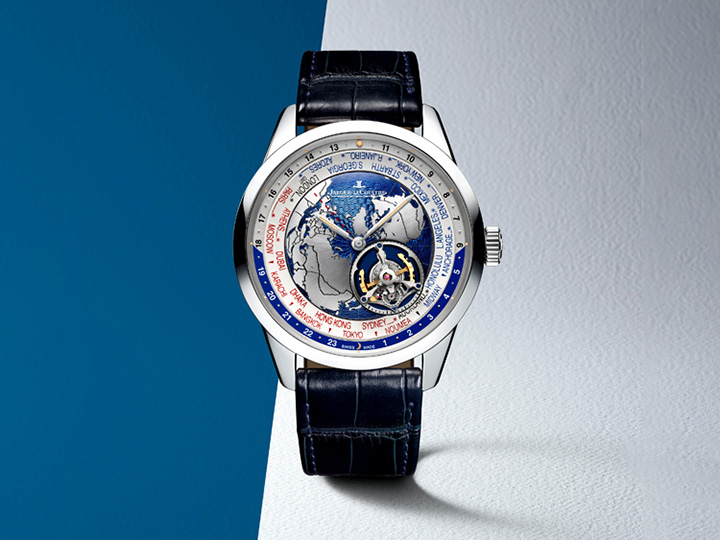 The world on your wrist: six of the best world-time watches

Being able to identify the current time in London or Beijing at a glance is a handy trick now at your fingertips.

While complications like a moonphase or foudroyante — though entertaining to look at — serve little to no practical purpose in the modern world, a world-time complication offers an immense level of practicality. Being able to identify the current time in London or Beijing with a tertiary glance is a handy trick that can be as equally helpful in the office as it is when a friend or significant other is located somewhere across the pond. A number of new world timers have hit the market in recent years, leaving us with a healthy grouping to choose from for our list. Unveiled during the Patek Philippe Grand Exhibition in New York, this latest iteration of the brand’s chiming world timer is the new benchmark in the category. Aside from modifying its gongs to improve volume and tonal clarity, the 5531 ($US561,341 ($A696,650)) is configured in a way that allows it to chime to the corresponding local time set by its wearer. Tourbillon world timers are far from common, and the stellar execution of the platinum Geophysic Tourbillon Universal Time ($US145,000 ($A179,900)) instantly grabbed our attention. Guilloché waves covered in blue lacquer surround a brushed representation of the world, with a flying tourbillon resting between Southeast Asia and the Pacific coast of North America. Unlike numerous other world-time watches, the 24-hour scale remains static, and the inner map and city ring perform a full rotation once per day. Those seeking something a little less over-the-top will appreciate the non-tourbillon version of the Geophysic Universal Time in stainless steel ($US14,000 ($A17,350)). Just last week, we were singing the praises of the Overseas Chronograph in our brown dials feature; however, the world timer in the series ($US37,500 ($A46,550) is equally worthy of attention. Unlike other world timers on the market, Vacheron decided to include demarcation for every time zone on the planet, which means 37 zones rather than the primary 24 we usually see. Though this adds a bit of clutter to the dial, it also provides clarity for those with connections in Delhi, Tehran, and St. John’s Newfoundland. Featured as our Watch of the Week in late July, the Time Traveler One features a COSC-certified self-winding caliber crafted in-house by Chopard and is available in steel, rose gold, and platinum (from $US13,060 ($A16,200)). The two-crown configuration of its comfortable 42 mm case is reminiscent of compressor-case dive watches of the ’60s, adding to its vintage-inspired charm. While not as casual as the Overseas, the Time Traveler One remains incredibly versatile. Limited to 500 pieces and unveiled in partnership with UNICEF, the Orbis Terrarum ($US5,600 ($A6950)) is a simple, no-nonsense world timer from Montblanc featuring an in-house manufactured calibre with a quick-setting local time function activated by its pusher located at 8 o’clock. Designed to evoke the aesthetics of a vintage globe, a multicolor wheel beneath the map rotates to indicate which part of the world is currently in daylight. The newest world-timer offering from Girard-Perregaux was announced in December of 2016, and for many, it became a near-instant favorite. Offered in both steel and gold (from $US12,300 ($A15,250), the 1966 WW.TC is a beautifully understated example of the complication, measuring a svelte 40 mm across and powered by a self-winding caliber finished to GP’s exacting standards.