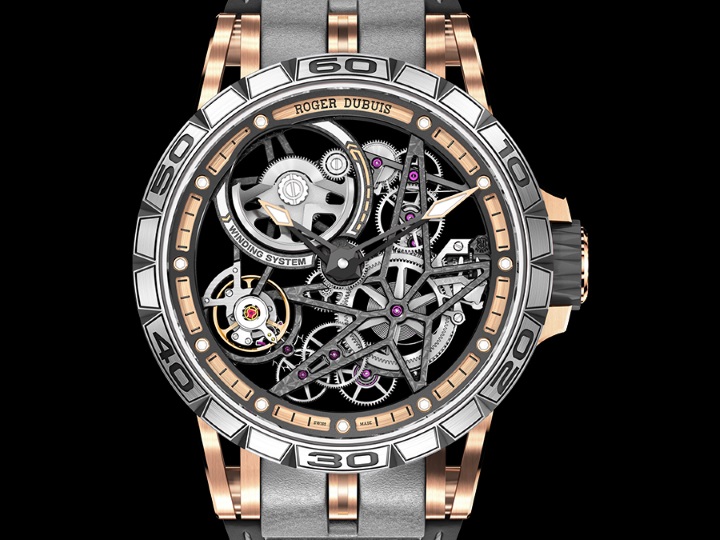 Brands are turning to the heyday of excess by revisiting a trend that’s sweeping through the watch industry.

For the vast majority of brands, two-tone watches were a trend that came and went in the '80s and '90s — which is why it's somewhat surprising that it's making a significant comeback in 2017.

Brands like Roger Dubuis, Zenith, and Girard-Perregaux have all hopped on the bandwagon alongside industry giants like Omega and Rolex who've maintained the option through and through. Of the many to head to market this year, here are our five favourites that give a tasteful nod to the '80s. Previously featured in our roundup of moonphase watches, this latest iteration of the El Primero chronograph, $US10,600 (about $A13,980), pairs a colourful moonphase disk with the warmth of rose gold — a winning combination. A little on the chunky site at 45mm, the high beat chronograph makes a great statement piece for any growing collection. Rolex is the king of all things two-tone, having given birth to the style in 1955. To this day two-tone watches remain a part of their core collection, including the freshly launched Sky-Dweller, $US17,150 (about $A22,600), unveiled earlier this year. The piece is the second two-tone variant of the travel-friendly GMT made in Rolesor, Rolex's patented name for its combination of 904L steel and 18 ct. yellow or white gold. The Speedmaster is celebrating its 60th anniversary in 2017, and Omega has been expanding the line significantly to mark the occasion. The brand is no stranger to two-tone, though this Speedmaster, $US15,000 (about $A19,780), is one of the few examples of the brand using steel and yellow gold rather than their more common Sedna gold seen in other collections. Amidst a flurry of motorsport-focused watches launched alongside Pirelli, Roger Dubuis dipped a toe into the two-tone watch game with this execution of the Excalibur Spider Automatic Skeleton in pink gold and titanium. A surprising combination to say the least — though it works quite well on the edgy skeletonised timepiece. With the significant expansion of the Laureato line Girard-Perregaux added a duo of two-tone models, including this 42mm example in titanium and pink gold, $US22,600 (about $A29,800). Considering the original Laureato from 1975 was a two-tone timepiece this addition was a logical choice.