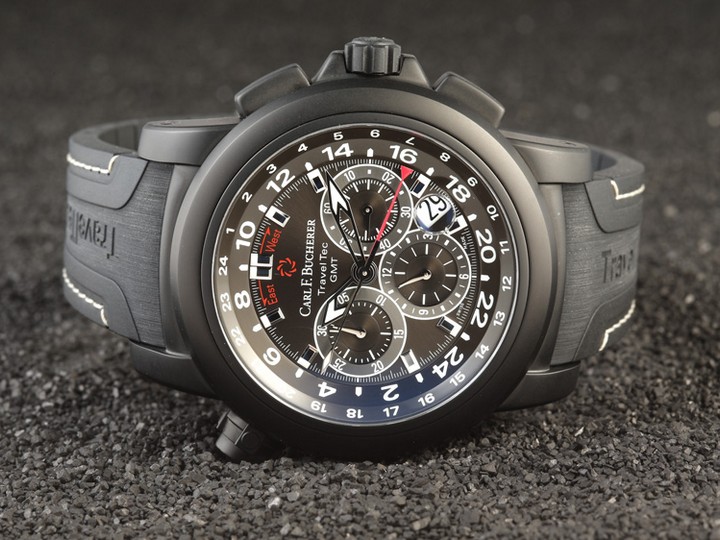 Six sturdy watches that will go the extra mile

These watches have a level of enthusiast appeal thanks to their no-nonsense construction, historical charm or quirky design.

Rather than sticking with conventional categories, today is a day where we’re opting to mix things up a little. Different as each of these timepieces is from the next, there’s a resounding sturdiness to every offering — not to mention a unique aesthetic charm that qualifies each piece as a little outside of the norm. Lovable for a range of quantifiable reasons, these watches have a level of enthusiast appeal thanks to their no-nonsense construction, historical charm, or quirky design. The same can be true of the world’s political climate; sometimes our differences are what brings us together. Designed for the German Maritime Search and Rescue Service, the SAR Rescue Timer (US$2,390 ($A3150)) is an odd duck that’s built like a tank. Rather than a timing bezel, it is fitted with a sturdy rubber fixed bezel that protects its case and crystal from damage. It also features massive indices which are heavily lumed with Super LumiNova, providing excellent readability in low-light conditions. Finished in a black diamond-like carbon (DLC) coating and equipped with a 3 time zone indication, 12-hour chronograph, and a magnified date, the hefty Patravi Traveltec (US$15,800 ($A20,800)) isn’t as utilitarian as the Mühle, though it does carry a very “go anywhere, do anything” sort of vibe. In a rather clever execution, the 2nd 24-hour ring that displays its timezone can be either advanced or set back via its push-button at the 10 o’clock position. At 46.6mm across, it’s certainly not for the faint of wrist. Celebrating the 50th anniversary of the original Sharkhunter, Doxa’s latest creation is a very true-to-original reissue (US$2,490 ($A3300)), upgraded with a high-domed sapphire crystal. An undersized minute hand (an indication less crucial in the days where divers did not have dive computers), and a bezel indicating an adaption of the U.S. Navy no decompression limit times give the piece all the look and feel of a vintage model, though much like those in the day, it is truly constructed as a tool watch; one ready to take on any mission you’d like. While the DLC case of the Patravi made it nominally stealthy in spite of its size, the BR 03-92 Black Camo (US$3,800 ($A5000)) is the ultimate in wrist-mounted stealth. To be fair, it is somewhat tricky to read in the evening (or in poor lighting), however the combination of a black ceramic case and black camouflage dial is remarkably charming in daylight. Being a BR 03 model, it is also more modestly sized than the classic BR 01s, measuring only 42mm across. Does what it says on the box doesn’t it? The Mr. Roboto 2 watch is anything but stealthy, though when it comes to rugged its hefty brushed steel case sincerely feels capable of surviving at least a modest bombing. Not to mention: It takes the prize as most likely watch of this list to be weaponised, should the need arise. At a practical level, the piece displays hours and a 2nd time zone via Mr. Roboto’s “eyes,” and minutes via a retrograde hand in the lower aperture that mimics its mouth. Before anyone jumps to fire and fury in our comments section, this entry needs to be qualified. Yes, it is from G-Shock, however this is not your usual run-of-the-mill department store G-Shock for a few hundred dollars. The MR-G model range (from US$2,600 ($A3400)) features a full metal case and bracelet, GPS Hybrid Radio-Controlled time sync (meaning your current time will adjust itself as you travel), alongside the usual G-Shock functionality (alarm, timer, chronograph, world time, and full calendar). Similar to its siblings, it is also capable of being run over, assaulted with a bat (or with an Azimuth Mr. Roboto 2 for that matter), without risk of functional or structural failure.