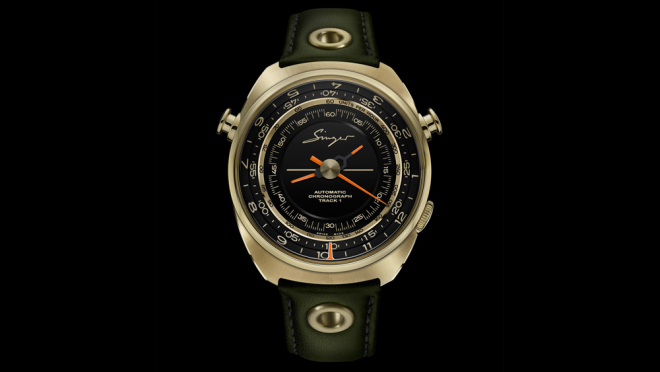 Singer’s motorsport-inspired Track 1 gets an update in gold

Singer Vehicle Design, the brainchild of California-based Rob Dickinson, known for its reinterpretations of Porsche 911s, introduced its first timepiece under Singer Reimagined in June of last year.

The Track 1 was conceived by Marco Borraccino, a Geneva-based design consultant who was formerly the head of design for Panerai, and famed watchmaker Jean Marc Wiederrecht, who is the head of Agenhor—a company that has created movements for Cartier, Harry Winston, Hermès, and Van Cleef & Arpels.

The Track 1 reimagined the standard chronograph design and housed Agenhor’s first full movement made from scratch: the self-winding AgenGraphe caliber. The timepiece came in Grade 5 titanium at 43 mm and featured 60 hours of power reserve and a design that provided a new way of reading a chronograph.

Now, the timepiece has been introduced in gold as the Track 1 Geneva Edition (72,000 CHF or approximately $71,931 at current exchange). 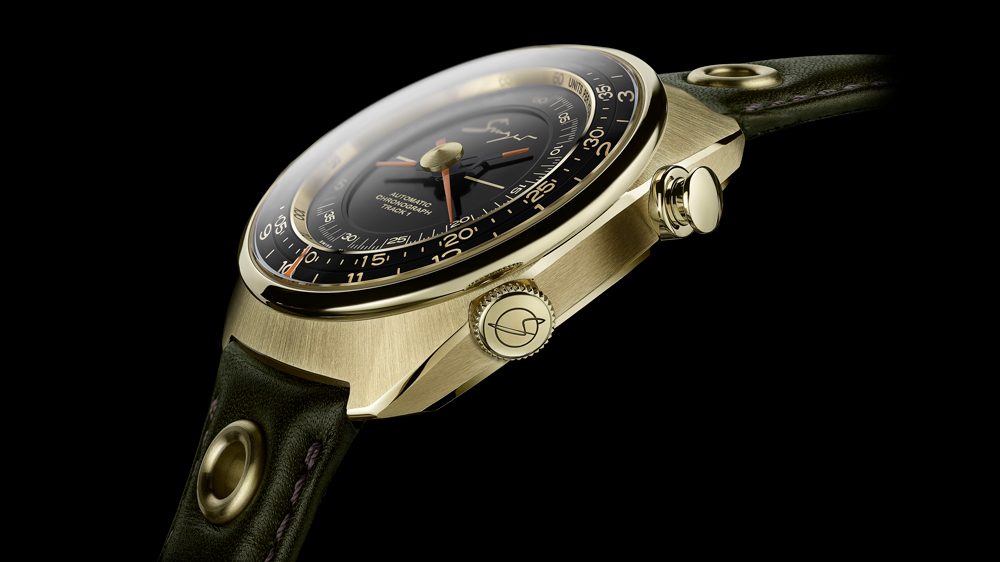 “We don’t aim to grow in a crazy way because we want to focus on very high-end complicated movements,” said Borraccino at Singer Reimagined’s recent event at the Classic Car Club Manhattan. “We want to keep it limited. We’ve produced 50 of the titanium version, and we’re producing just 25 of the gold version. By next year, we will produce a new model.” 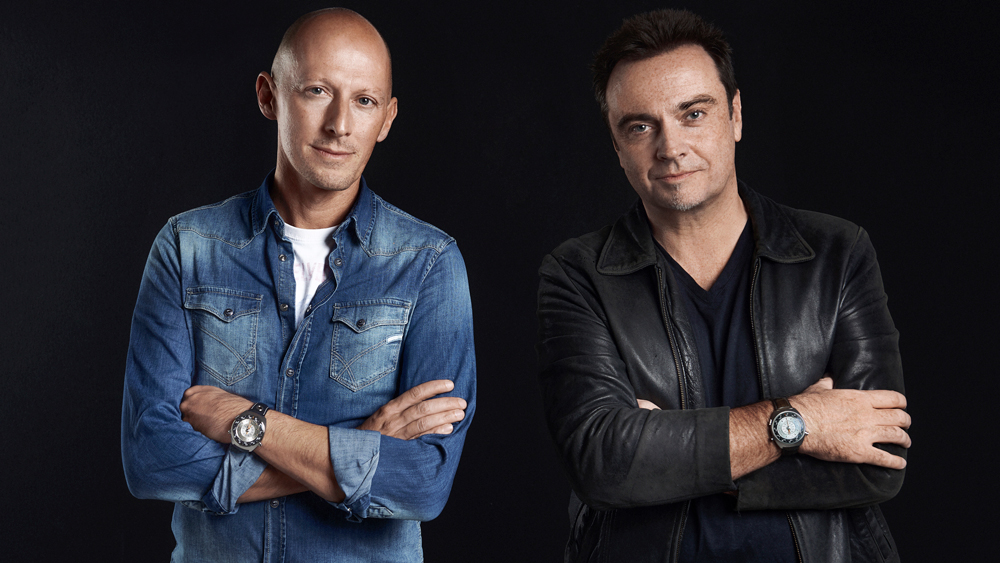 Singer’s watch venture came about in an organic way. Borraccino, a Z8 and 911 owner, was a fan of Dickinson’s work at Singer and emailed him a few years ago to simply let him know he loved what he was doing.

The two formed a rapport that eventually led to the creation of Singer Reimagined, and in 2015, Borraccino’s meeting with Wiederrecht sealed the deal. “When I showed him my renderings of the watch, he said to me, ‘Who the hell told you about this?’ He had been working on a similar concept for seven years.” 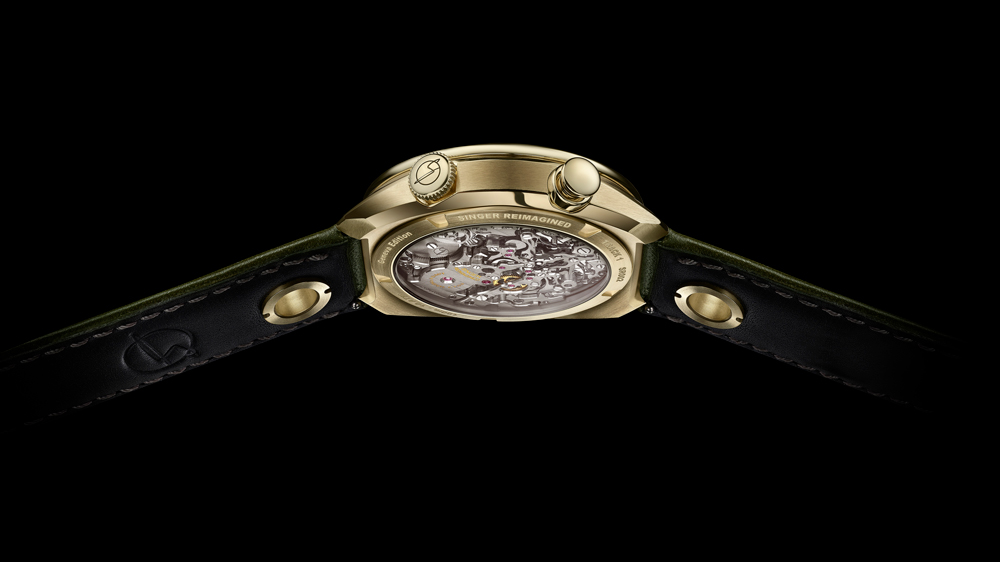 Borraccino and Dickinson shared a passion for ’60s and ’70s design in both cars and watches, which served as an inspiration for the aesthetic of the Track 1. “I took the most iconic elements from watches at that time and started playing around with them,” said Borraccino. 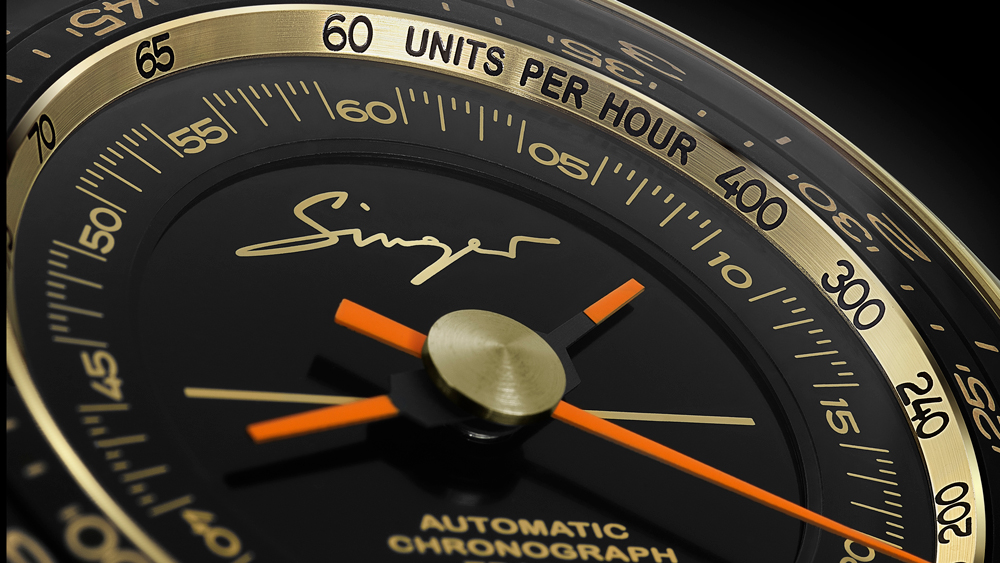 While the design of the Track 1 will be an icon of the brand going forward, Borraccino says not to expect a car-inspired watch every year from Singer Reimagined. The idea, according to Borraccino, is to reimagine iconic watchmaking functions similar to how Singer reimagines the Porsche 911.