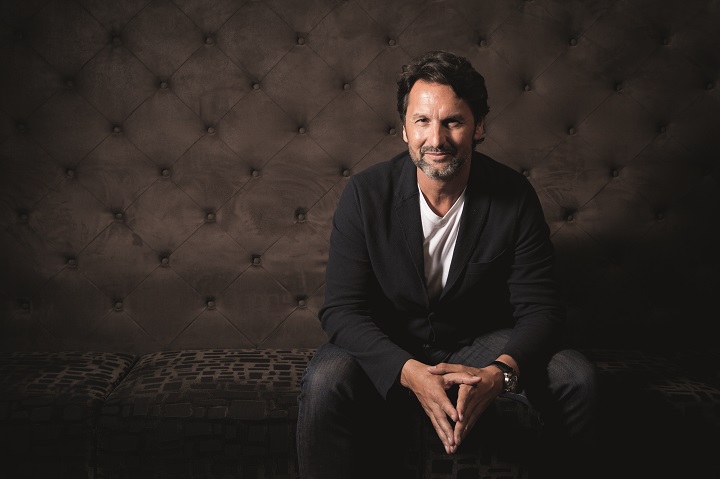 And it’s a trick we can all learn to do.

Maximilian Büsser is early for our interview.

For a man who has dedicated his life to creating horological artworks, this may seem something of a dubious omen.

However, Büsser is not like other watchmakers. After starting his eponymous label Maximilian Büsser & Friends 13 years ago, Büsser’s designs have taken on something of a cut status.

During a recent trip Down Under thanks to The Hour Glass, Büsser sat down with Robb Report Australia to discuss his brand’s continuous rise and the importance of ‘doing nothing’.

Do you feel any pressure to continue to ‘outdo’ yourself each new design?

When I created MB&F 13 years ago, nobody had any expectations, and when I came out with my first piece, people said: “What the hell is this?”.

Then we started having more and more traction, more clients, and a wider base of people who fell in love with what we do.

Now, those fans, they can tend to become dictatorial – meaning your fan base starts having expectations – they want to be wowed. Now, after 13 years and 14 calibres – clearly the expectations are way higher.

But the interesting thing about the whole creative process with MB & F, is that the whole reason behind the brand’s success is to not give a damn about anyone else when we create something. Sometimes that can seem a little bit offensive, but that’s not the point – I just create what I want to create.

For me now, I’m necessarily interested in being even ‘crazier’ – all I want to do is get out of my comfort zone. So that’s probably what saves me and the creations – once something has been done I get a little bored with it and want create something completely different. 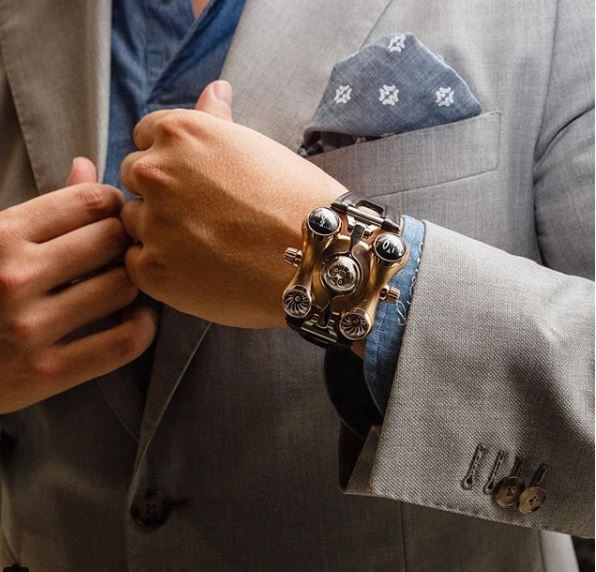 How hard is it to keep coming up with ideas?

My issue is not having not enough ideas. My issue is actually having too many ideas. The way we craft our pieces – it takes three to four years minimum from the beginning of the idea before it hits the market.

Now, I’ve got six to seven pieces in the pipeline. So, any idea I would have today would have to be pushed over to at least 2023. And I know the person I will be in 2023 will not like what I am creating now. I know that when I look at what I created 12 years ago, I’m very fond of it, I’m romantically fond of it, but I would never create that today.

So now I’m on a sabbatical creative year. Because I’ve got so many ideas in the pipeline, if I have any more I will have to store them and then revisit them later. 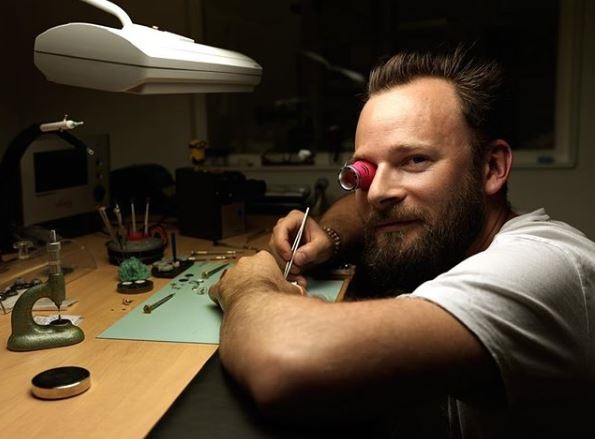 How has the creative process changed for you?

It’s evolved. One of my new designs, which is due out in four years, was inspired by a movie I saw on a plane two years ago.

I saw the film, had the idea and then I came back and imagined it. That’s a huge thing that’s changed for me. Before I used to create by sketching, but in the last five or six years I’ve developed this weird talent where I can just imagine the watch. It’s a bit like Christopher Walken in Dead Zone – I can just sit back and start seeing a fully-formed 3D piece in my mind.

What do you think is behind the change?

Well, since we moved to Dubai 2015, what I’ve been trying to do every two or three days is stay outside in the garden for one hour with no phone and just think. It’s something we never do in our everyday life.

For example, if I was in Switzerland I would be at the workshops working all day and I wouldn’t be able to close my office for an hour and tell people not to talk to me.
So now I just take that time to think.

Give yourself that hour, we’ve all lost that. We just get caught up in the everyday all the time.