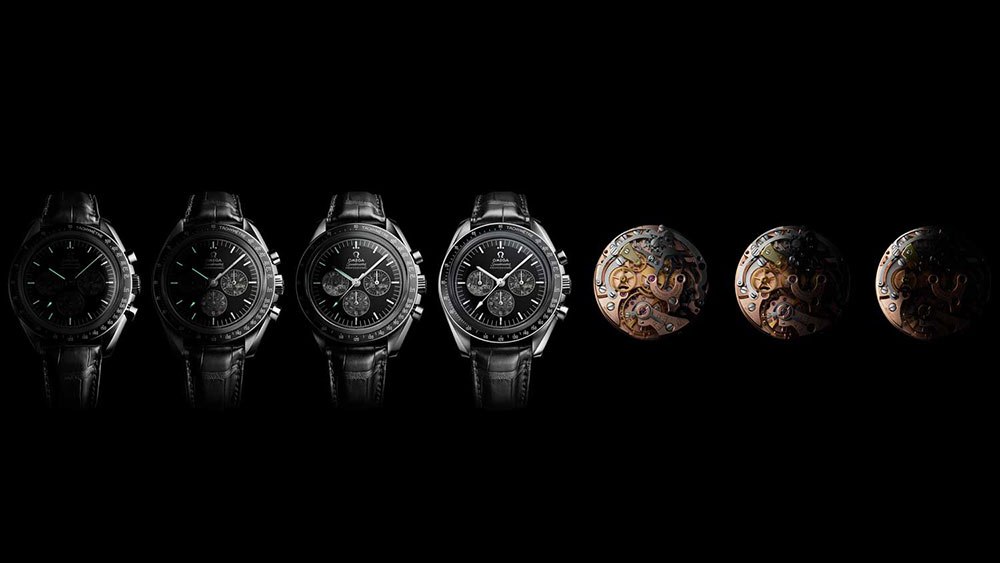 A platinum Speedy equipped with the original Caliber 321 movement.

If you weren’t impressed with Omega’s steel tribute timepiece for the 50th anniversary of the moon landing ($12,700 in a limited run of 6969 pieces) or were simply turned off by the miniature rendering of Buzz Aldrin descending from The Eagle in the chronograph counter, Omega has dropped another subtler and more special anniversary Speedmaster. If you don’t mind shelling out $80,000 for an Omega Speedmaster in platinum—which is a hefty price tag indeed for this brand—then this will be a significant timepiece to own, not because of its metal or even because of its moon ties, but because it is the first Omega watch in 50 years to come equipped with the Caliber 321 movement—the same mechanism that landed on the moon. 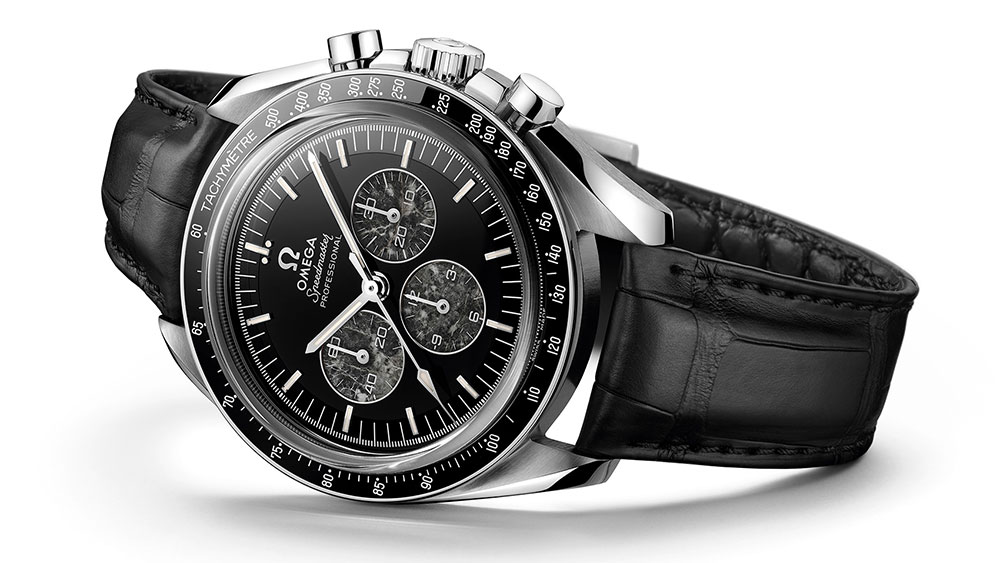 In January, Omega announced that it would be reviving the Caliber 321 movement—the one that powered Buzz Aldrin and Neil Armstrong’s Omega watches on the moon. It also came housed in astronaut Ed White’s Speedmaster ST 105.003 on the first American spacewalk on June 3, 1965, and was the first movement ever used in a Speedmaster when it was created in 1957. Prior to equipping the brand’s most famous model, the 321 had been used in other Omega chronographs, namely the Seamaster collection, since the ’40s. 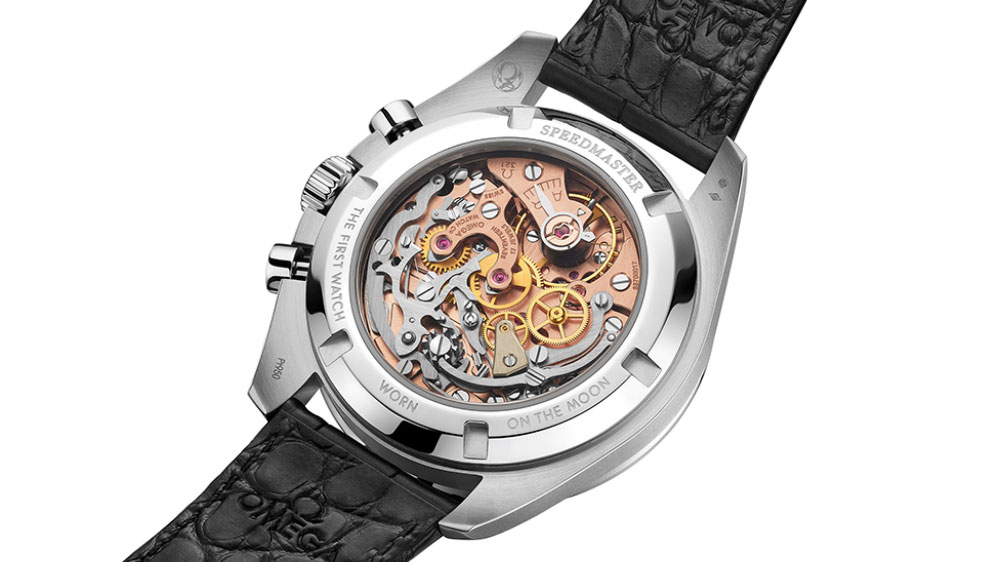 The new model housing the revival of the 321 comes in a 42mm brushed and polished platinum alloy case that was inspired by the asymmetrical 4th generation Speedmaster with twisted lugs (ST 105.012). It has a black ceramic bezel with a tachymeter scale in white enamel which accent the black onyx dial, which is marked with 18-karat white gold indexes and hands. The crowning touch is three subdials in meteorite from the moon—a more appealing design feature than the gimmicky Aldrin rendering.

While the steel 50th-anniversary watch and the gold 50th-Anniversary Apollo 11 edition were both limited in numbers, inexplicably, the platinum version—the most expensive tribute Speedy yet—will not be limited.