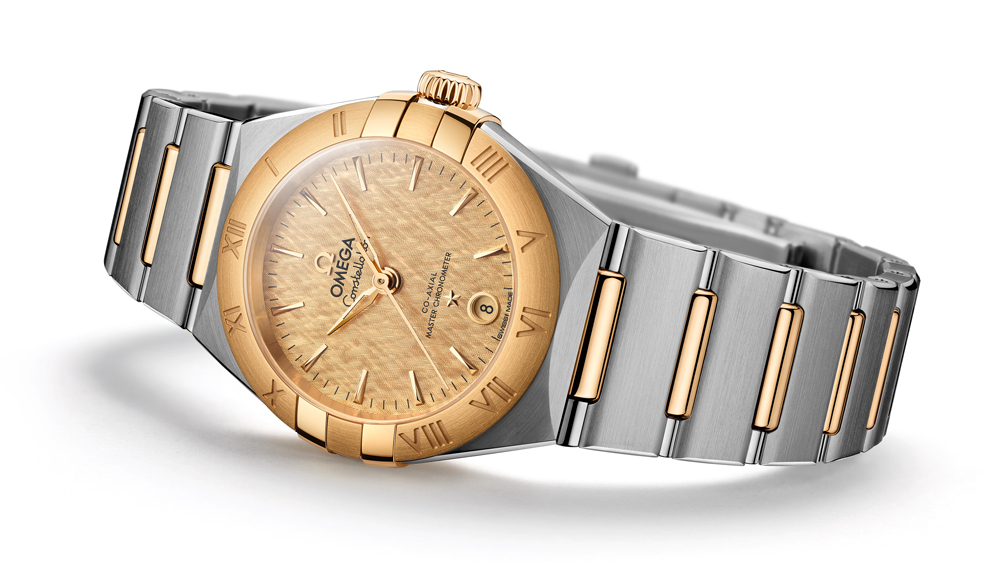 Omega shoots for the stars in Shanghai

The watchmaker hosted an A-list group of women to celebrate its new Constellation collection.

Omega’s four female ambassadors added some superstar power to the launch of its new Constellation collection at a gala event in Shanghai this week. Cindy Crawford, Nicole Kidman, Alessandra Ambrosio and Chinese actress Liu Shishi were guests of honour at a dinner celebrating the redesigned Constellation Manhattan. The original Constellation was introduced in 1952, and was redesigned in 1982 when it was redubbed with its current name. It was revamped again in 1995, with substantial input from Cindy Crawford, who had joined the company as an ambassador that year. 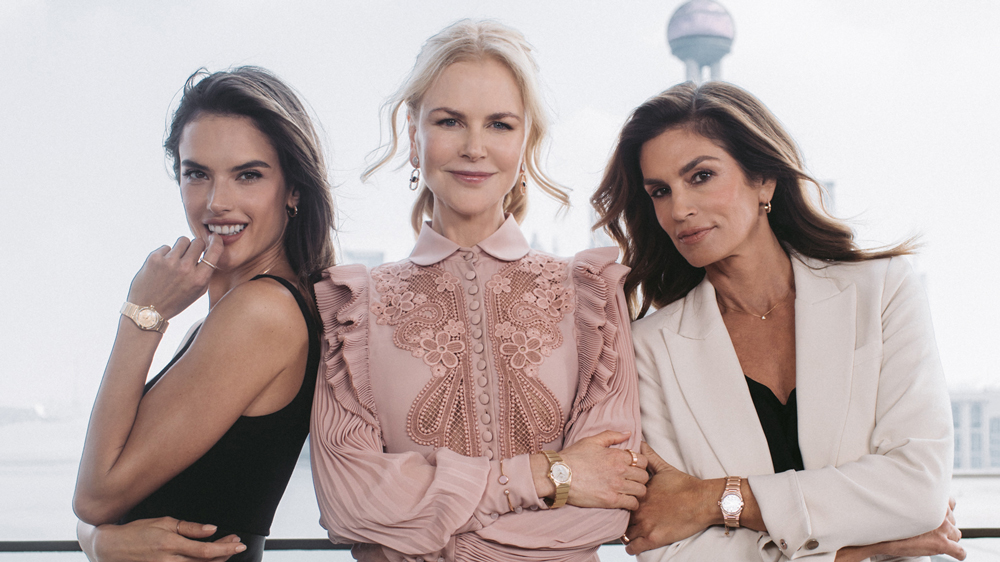 The supermodel recently made her longtime relationship with Omega a family affair. Last year, her son, Presley, and daughter, Kaia, became official Omega ambassadors. “My kids have been part of the Omega family since they were little, because Omega would invite me to bring my whole family when I came to events like the Beijing Olympics or the Vancouver Olympics. So when the opportunity came for them to officially join the Omega family, it just became obvious to all of us that it was the right time,” Crawford explained to a select group of journalists before the gala. “They were open to it, and had already started modelling. What I love about it is that so many brands try to manufacture those types of relationships or stories, and I think this is amazing because in this case, they don’t have to. Kaia and Presley really have grown up with Omega. I think that kind of authentic story is so valuable in today’s marketing world. Everything is so transparent now because of social media, you can’t just kind of BS your way through stuff.” 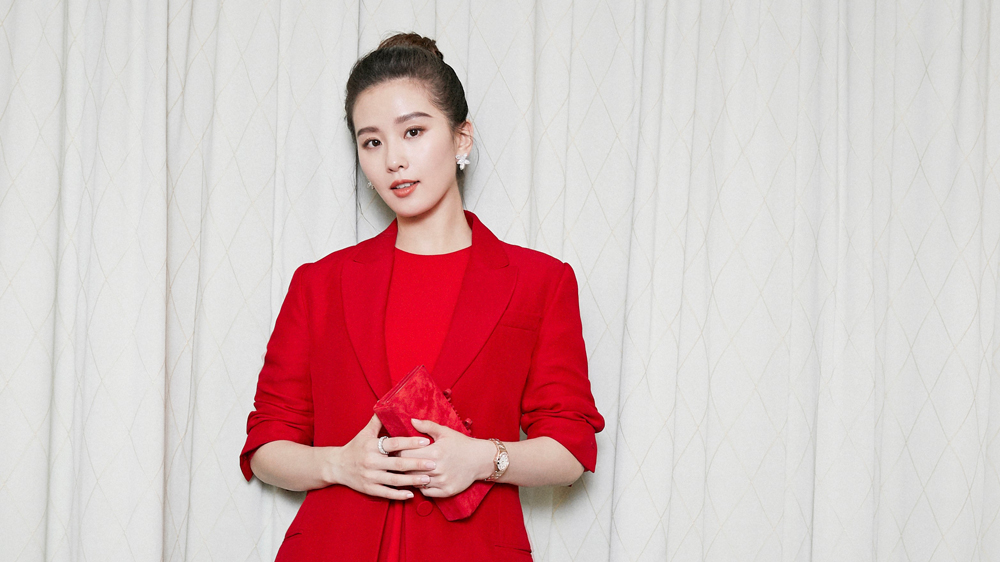 Many of the signature features of the 1995 Constellation, introduced during Crawford’s first year as the watchmaker’s ambassador, remain part of the new design. The Roman numerals on the bezel are still there, but they are placed at a more direct angle, and the bezel is smaller. The iconic claws are also still there, though in a more scaled down version—they were introduced in 1982 to hold the sapphire crystal and gasket against the case, but have since become simply decorative. The edges of the case and bracelet links are now beveled, so the watch reflects more light. The integrated bracelet retains the same basic design but with a new feature: There is a built-in extension system that is self-adjustable to add or subtract 2mm. New, triangular indexes, meant to be reminiscent of Manhattan’s Freedom Tower, replace the baton markers on some models, and diamond markers remain an option. The dauphine hands on the 1995 version are now skeletonised leaf style hands. 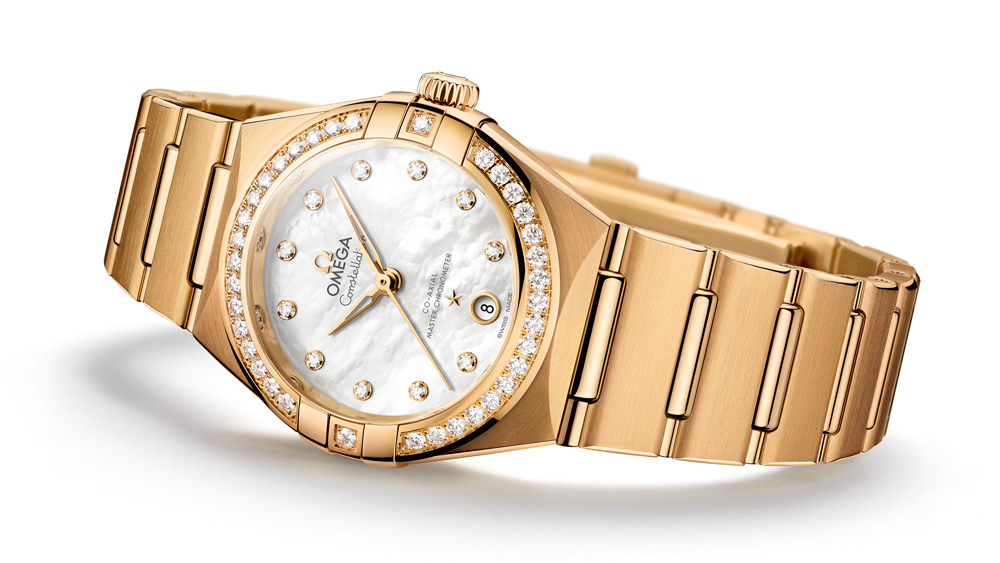 The new Constellation replaces the existing collection, and comes in 101 references, including three sizes—25mm, 28mm, and 29mm—popular with the Chinese market, hence the launch in Shanghai. There are seven dial options, including mother-of-pearl and a unique silk-embossed gold champagne dial, as well as five metal colour combinations for the case and bracelet, including a stainless-steel model. The 29mm models contain Master Chronometer Co-Axial movements while the others are quartz. 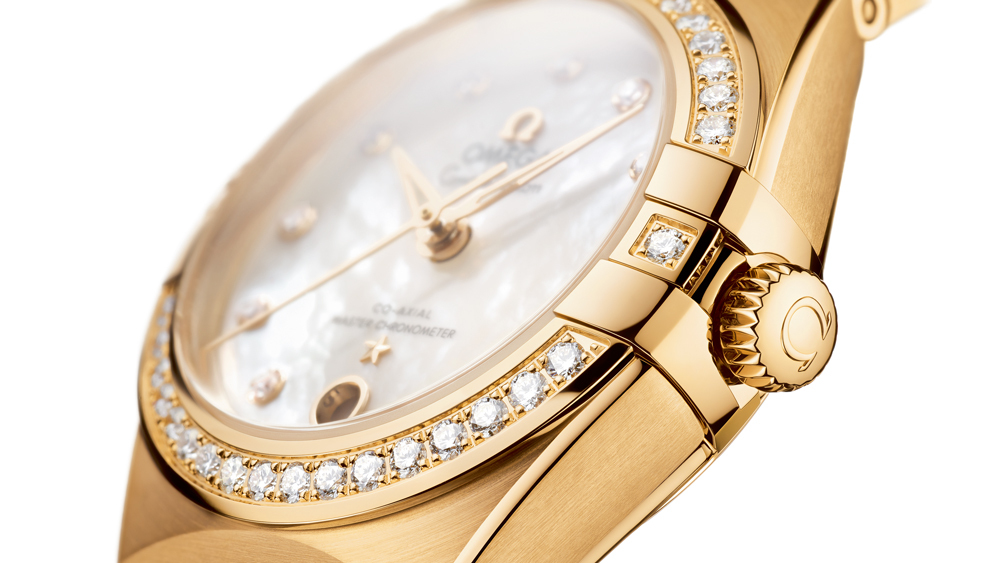 Omega has been putting a particular emphasis on its women’s timepieces. Earlier this year, the brand launched a new ladies’ Omega De Ville Tresor priced between $5,950 to $33,000 that turned out to be a hit. The collection prices for the new Constellation collection are still under wraps, but the timepieces will be available in Australia mid-next year.