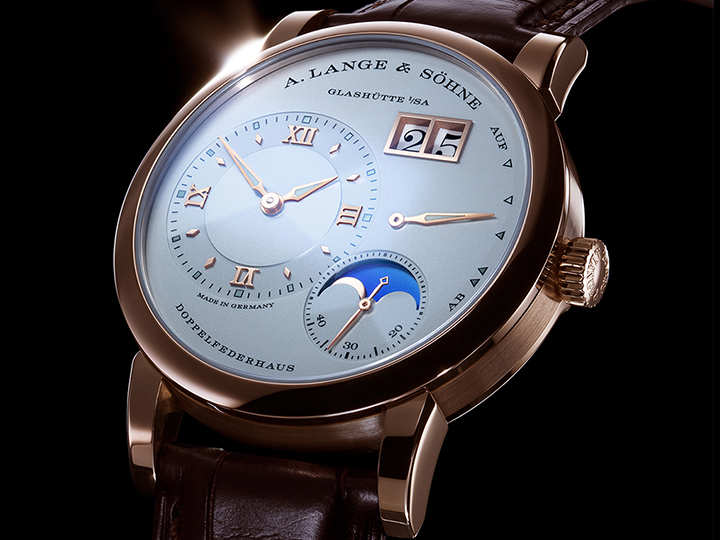 From new pieces launched this year to a few of our personal favourites, these moon-phase watches have become mainstays in the category.

Unlike chronographs, alarms, and perpetual calendars, a moon-phase complication serves little to no functional purpose for most people (werewolves excluded). That said, it remains one of the most visually appealing complications on the market, allowing brands to showcase their ability to master traditional techniques like enamelling, lacquering, and guillochage.

Over the years, moon-phase complications have occupied a wide variety of locations and volumes of space on dials of all shapes and sizes — occasionally even taking on a three-dimensional form.

For this list, we have compiled a healthy assortment of new moon-phase watches launched this year as well as a few of our personal favourites that have become mainstays in the category. Zenith has already offered up a plethora of impressive new releases for 2017, though there was something about the multi-coloured moon-phase disk on the Chronomaster El Primero Grande Date Full Open, priced at $US10,600 (about $A14,150) in steel and $US12,200 (about $A16,300) in rose gold, that stuck in our minds long after leaving the halls of Baselworld.

Picking up on the blued accents of its skeletonised dial, as well as the blued screws of its movement, the moon-phase complication adds a playful punch of colour to what would otherwise be a very industrial and austere design. (zenith-watches.com) When we first saw stock images of the Lange 1 Moon Phase, $US40,900 (about $A54,700), we did not imagine the blue gradient applied to its moon-phase subdial could possibly be as crisp and vibrant in person; we were wrong.

Making this stunning Lange even more appealing is the fact that its subdial actually incorporates both a moon-phase _and_ a day-night complication. Its blue gradient rotates from dark to light blue on a 24-hour cycle as the two golden moons slowly advance to indicate the actual moon's current position. ( alange-soehne.com) The changes Rolex made to its Sea-Dweller collection this year generated so much buzz that it wouldn't be a surprise to learn that many collectors missed the news of this latest addition to the Cellini line.

All housed within a contemporary 39 mm case, the white lacquer dial, blued pointer-date hand, and fluted bezel give the Cellini Moonphase, $US26,750 (about $A35,750), an air of vintage charm. That said, the new piece isn't entirely traditional; Rolex uses an applique made of meteorite to represent the moon. ( rolex.com) Graff has been working hard to grow its watch division over the last couple of years, and after the success of the original MasterGraff GyroGraff in 2012, the brand has opted to add a space-themed dial to the double-axis tourbillon masterpiece.

More than the various other models in the GyroGraff line, the swirling galaxy on this new dial makes a perfect pairing to its three-dimensional, hand-engraved white gold moon-phase indicator. (graffdiamonds.com) Sarpaneva has long been known for his unique case designs and beautiful hand-carved moon-phase complications, and this new release is one of his best yet. Its vibrant green guilloché dial comes from the workshop of none other than Kari Voutilainen, helping the watch stand in stark contrast to the less-than-traditional pieces we've seen in Stepan Sarpaneva's past work. (sarpanevawatches.com) It uses one of the largest moon-phase subdial disks we have ever seen, boasting a guilloché pattern finished in translucent blue with an extremely detailed moon applique that is either silvered or golden (depending on the choice of a red gold or steel case). Patek Phillipe's latest perpetual calendar is a solid nod to the vintage-themed trend we have seen take even greater hold in the watch industry in 2017.

The $US82,784 (about $A110,650) watch's creamy lacquered dial almost appears to have been aged throughout the decades, and its moon-phase indicator remains a subtle yet reflective royal blue to not detract from its conservative yet tasteful overall aesthetic. (patek.com)