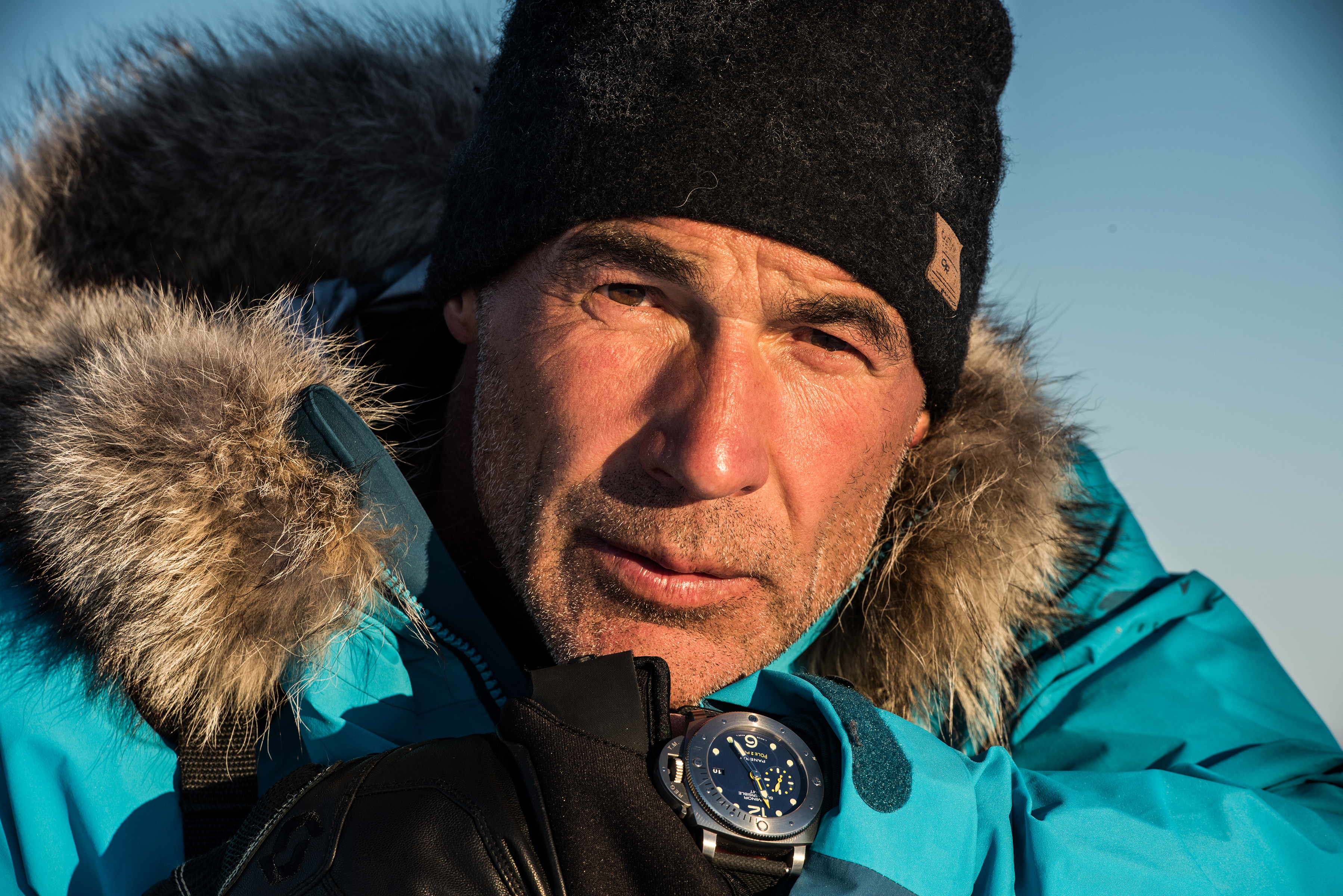 The South African explorer has hung more than just his name on Panerai watches.

One of the most appealing things about watches is the stories attached to them. More often than not, it’s a tale of exploration that bestows iconic status on a timepiece. Think of the Omega Speedmasters worn by Buzz Aldrin and his fellow ’60s astronauts during mankind’s first forays into space. Or the Blancpain Fifty Fathoms sported by pioneering scuba diver Jacques Cousteau.

How about Cartier’s invention of the wristwatch for early aviator Alberto Santos-Dumont?

Then, of course, there’s the Rolex Oyster Perpetual (inspiration for the Explorer model) that Sir Edmund Hillary used to keep time while conquering Mount Everest. South African explorer Mike Horn believes the six watches he’s created in collaboration with Panerai are right up there with any of these legendary timepieces. The feats he’s achieved with a Panerai on his wrist amply back up the claim. Horn’s watches have been 100 metres deep in the ocean and atop some of the world’s highest peaks. They’ve accompanied him on the first unassisted, unsupported ski crossing of Antarctica and the first (and to date, only) crossing of the North Pole in the unimaginably cold, 24-hour darkness of winter.

They’ve been Horn’s companion on the first solo circumnavigation via the two poles. One of Horn’s Panerais literally saved his life, when he jammed it into a rock face and used it as a makeshift piton during a 2010 expedition up Broad Peak (at 8051 metres above sea level, the 12th-highest mountain in the world).

“No watch has a history like that,” Horn reckons.

Though Panerai makes ‘tool watches’, they’re also luxury objects and status symbols. Those auxiliary functions mean nothing to Horn. “Panerai is a watch that I could never afford. I don’t make enough money to buy a Panerai,” he says. “But it’s a watch that I can wear and use. It’s a tool, like my boat is a tool. And it’s a tool where I have had an input in how I want the timepiece to work and to function.” Horn isn’t some random celebrity ‘ambassador’.

The former South African Special Forces soldier is a one-man extreme R&D lab, putting watches through fierce trials in real life-or-death situations. Horn says of his 17-year relationship with Panerai, “They don’t pay me any money, they put everything in R&D,” creating the ideal timepiece for the explorer’s purposes, which he then uses and provides feedback on.

Innovations tested by Horn – like antifreeze lubricants and amagnetic casings – are adapted to other models.“If the watch didn’t work, I would not be afraid to say, ‘Listen, it’s not working.’ But honestly and sincerely, no bullshit about it, no Panerai watch has ever disappointed me,” Horn says. “When I endorse the watch, and I say, ‘This watch works’, then it works.”