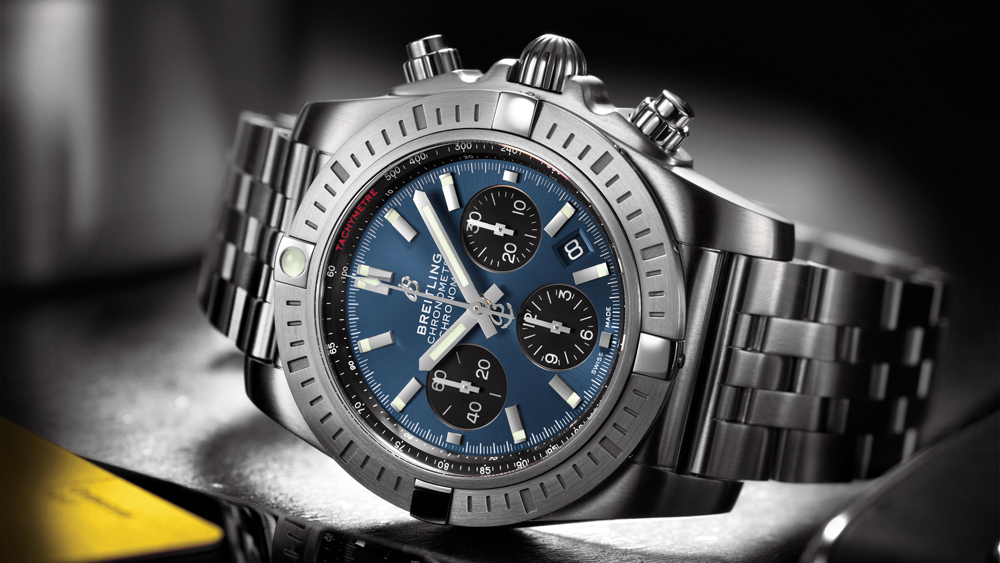 It’s Official: Breitling Is Leaving Baselworld and Rolex May Expand Into its Space at the Trade Show

The watchmaker is one of many brands to exit the dwindling show.

Another one bites the dust. On Tuesday, April 16, Breitling officially confirmed its exit from Baselworld, the Swiss watch trade show that has been dwindling in attendance. The fair took its biggest blow when Swatch Group CEO Nick Hayek confirmed last year that he would be pulling all of the company’s brands, which comprise the world’s largest watch conglomerate, out of the show for 2019. Breitling is another notable exit; the brand takes up a sizable space at the show. Rolex and Tudor, however, are already said to be expanding their presence to take over the vacated space.

Baselworld has been held every Spring in Basel, Switzerland since 1917, but this year the attendance had dropped by 22 per cent. Its counterpart, the Salon International de la Haute Horlogerie, or SIHH, takes place in January, but it hasn’t been immune to the changing business landscape either: big independent brands like Richard Mille and Audemars Piguet announced last year that they would pull out of the traditional trade show format altogether. Brands are increasingly finding these platforms outdated and opting for their own brand experiences, which allow them to spend the money previously used for exorbitant fair prices on extravagant new mono-brand experiences. Those events also help them directly reach clients in an increasingly direct-to-consumer focused world.

In an effort to boost attendance, organizers have scheduled Baselworld and SIHH, back-to-back in April of next year. That decision, however, isn’t working for brands like Breitling who consider that date too late in the year to launch a new product. “The decisive factor is the timing of Baselworld at the end of April, which cannot be reconciled with our scheduling,” Breitling’s CEO Georges Kern told WatchPro. “The Summit platform, which has already been introduced, allows us to be flexible regarding where and when we inform our target groups about new brand developments and product launches. We will continue to focus on this platform as it enables us to respond personally to customers, media representatives, sales partners, and collectors. For this reason, we will not be exhibiting at Baselworld in 2020.”

Organizers announced in December 2018 that Baselworld and SIHH would start showing next to each other beginning in April 2020, but it seems like Kern may have already been planning Breitling’s exit when he hosted its first Summit in London last October. The brand event released new product to press, brand partners and included a group of celebrity brand ambassadors known as its “Squad.” The idea is something that British watchmaker Bremont, has already been testing out with its townhouse events in London and New York, which it began when it pulled out of Baselworld in 2017.

While Kern says Breitling will decide at a later date whether to return to Baselworld in 2021, the industry has speculated whether Swatch Group would return to the fair, but insiders at the company say the message internally is an emphatical no. Swatch Group hosted retailers at a separate event in Bienne in March and is planning a similar event called Time to Move for press next month, which will reportedly be a more in-depth experience than Baselworld can offer, including manufacture tours for each of its prestige brands: Harry Winston, Breguet, Jaquet Droz, Blancpain, Glashutte and Omega.

Michel Loris-Melikoff, managing director of Baselworld, is said to be trying to transform Baselworld into a more experiential show, but it may be too late. With more brands preferring to host their own events—without the presence of competitors—Baselworld will have to offer an incomparable experience to stay competitive.