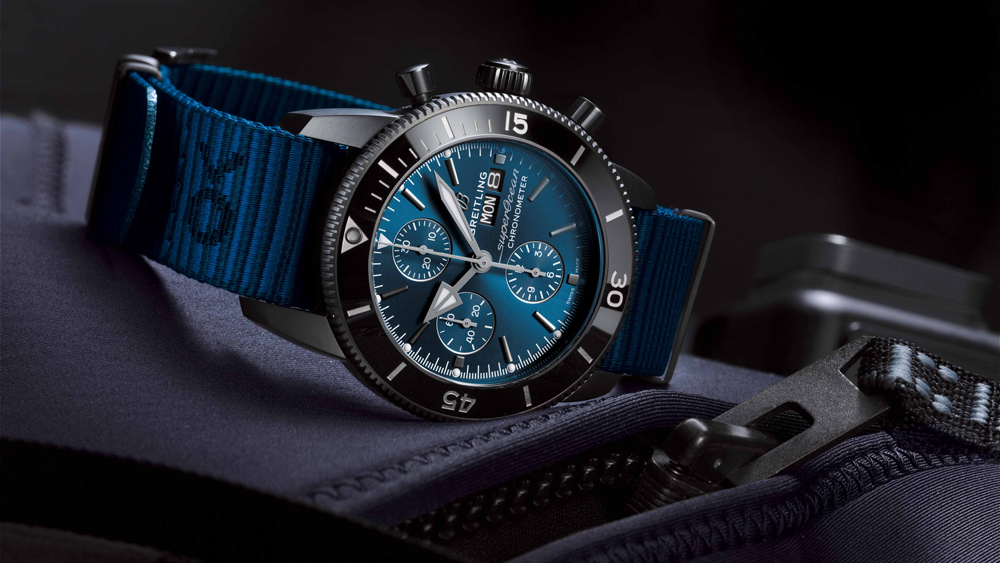 The watch industry maverick is intent on cooking up a turnaround for another historic brand.

During Georges Kern’s 14-year tenure as CEO of IWC Schaffhausen, the company’s sales are reported to have increased from a sleepy $55.5 million to an astounding nearly $1.11 billion. Now, after one year as head of another stagnant watch brand, Breitling, it looks as if the 53-year-old “business entrepreneur” as he calls himself, is on his way to scoring another huge success.

Kern was appointed CEO of the 134-year-old Swiss watch company in 2017 when CVC Capital Partners bought an 80 per cent stake from Breitling’s longtime owners, the Schneider family. Best known for its pilot watches, the company was ripe for reinvigoration if not reinvention. And Kern is doing just that, across the board. 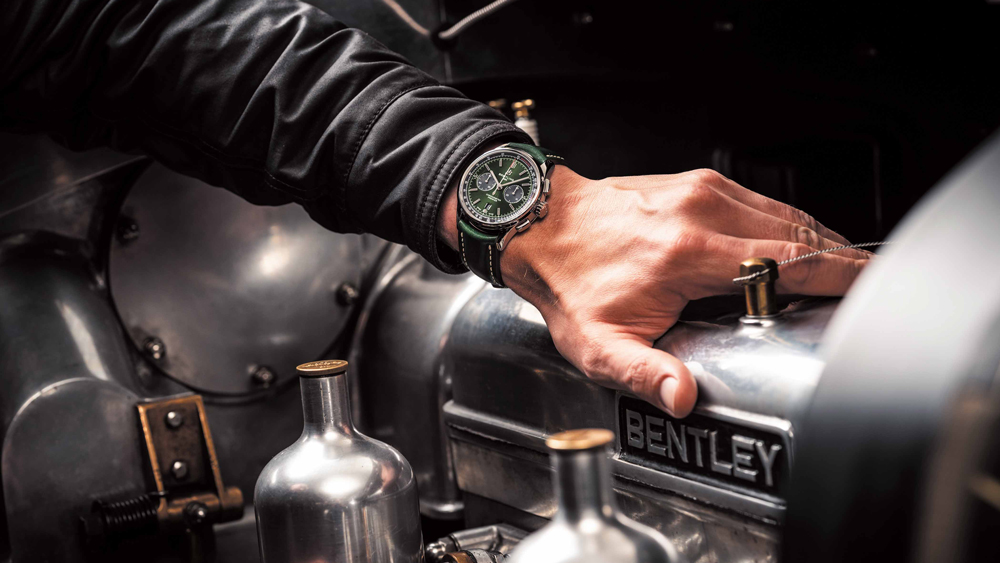 First order of business: To simplify what he found to be a confusing array of product. Gone are the 12 annual collections in favour of four categories—air, earth, wind and professional—to impose order and create more easily identifiable styles. Breitling watches from past decades serve as inspiration for the new launches. “We have a history other companies would kill for,” Mr. Kern said. “Why hide it?”

To further define the categories, and to bring attention to the Breitling brand, Kern launched a new name-dropping advertising campaign. “All companies have one ambassador,” he said. With so many companies taking this approach, “you don’t know what brand they represent anymore. Being different is the biggest challenge.” So Breitling’s approach features teams of three, #squadonamission, each member chosen for “their good looks, their positive message, that will attract the Millennials, and bring a message to people who have money.” Most recognisable: the Cinema Squad, with Adam Driver, Brad Pitt and Charlize Theron. 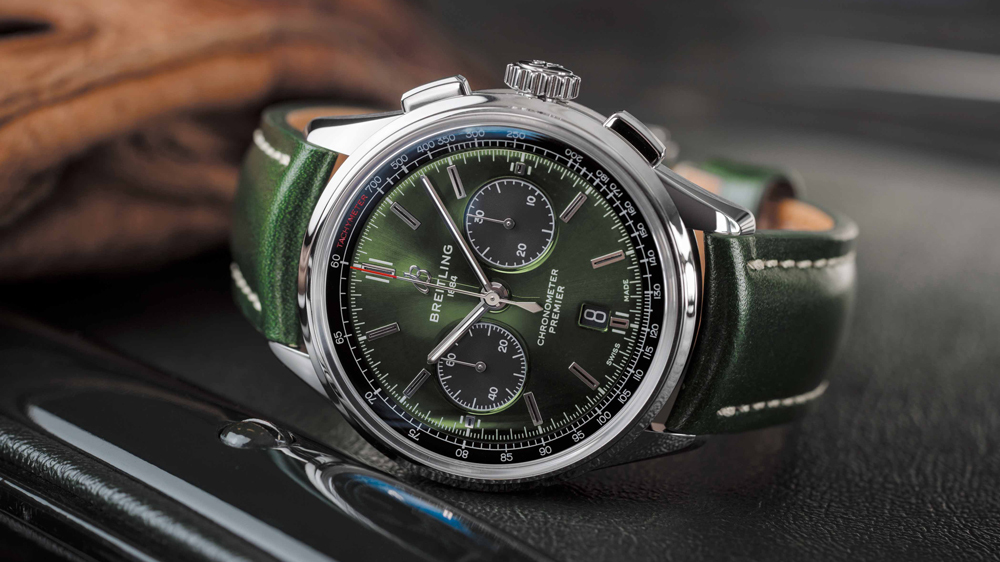 While women are healthily represented in the squads (Surf features Sally Fitzgibbons and Stephanie Gilmore, alongside Kelly Slater), the product offerings will catch up come April, when a women’s line launches. The smaller-scaled models should appeal to another customer Kern is determined to capture: the Chinese. “We’re missing 50 per cent of the market,” he said.

Kern has also signed partnerships—renewing one with car company Bentley and signing new ones with the ocean conservation group Outerknown, and with the Curtiss aeronautic company, who made the legendary Flying Tigers (images of the plane will be on the back of that series of watches, coming out in early 2019) 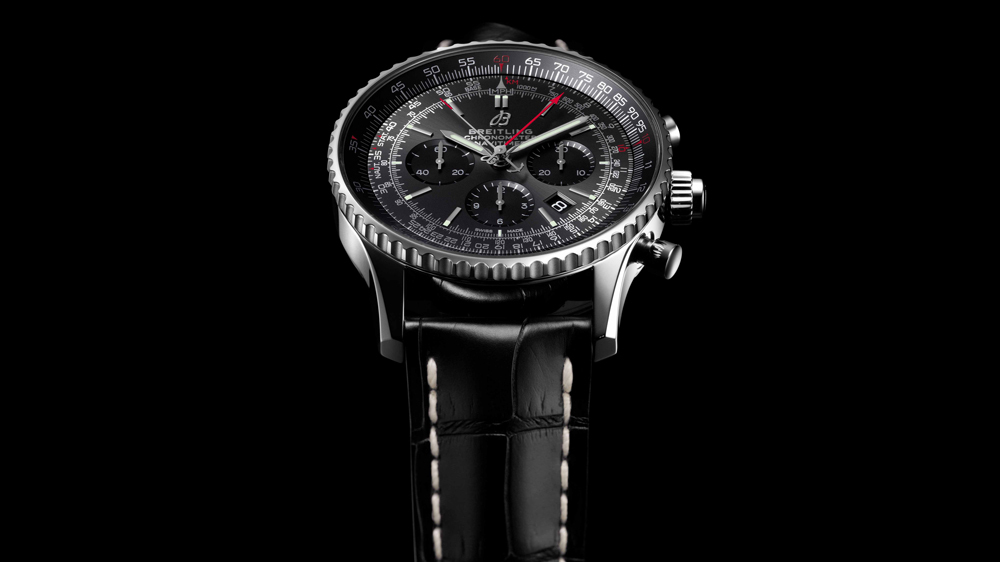 Another target in Kern’s reinvention attack plan are the boutiques. He has closed 200 and is opening and redesigning others with a new look which recalls a residential urban loft: wood and concrete floors, rough brick walls, black iron display cases, leather chairs, and props such as pool tables, motor bikes and helmets strategically placed to give the sense someone cool lives—and shops for watches—here. If the setting suggests that cool someone is a guy, Kern disagrees: “it’s modern cool.”

Kern has no desire to venture into the realm of smart watches, nor to go ultra-complicated and expensive. Breitling’s offering will stay in their price range of $4,500 to $20,000, with somewhere “around $11,000 to $12,500 being the sweet spot,” he said. And while the watches will be analog, any outreach will be digital. “It’s the way to communicate to reach Millennials.” 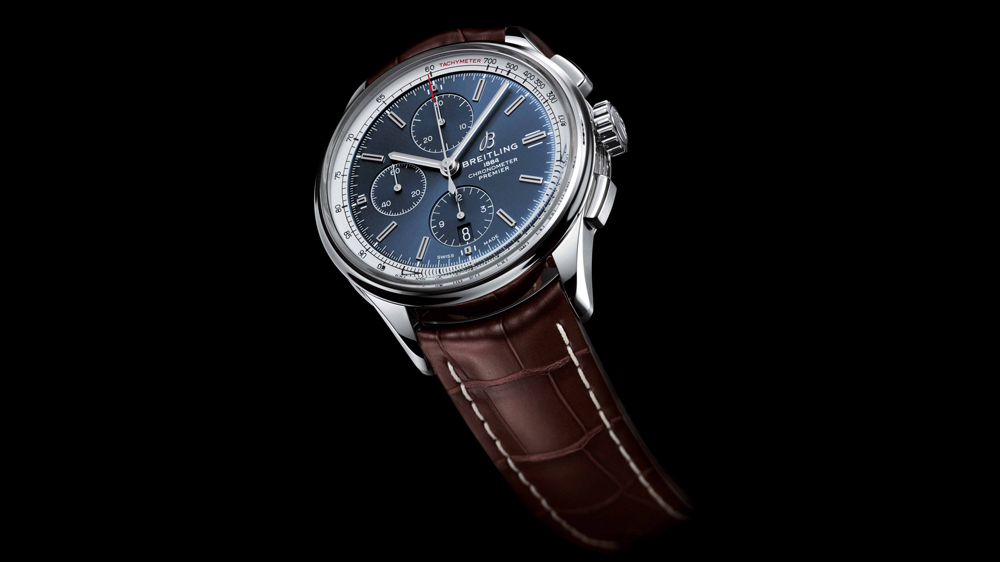 Kern is also questioning the efficacy of trade shows like Baselworld versus a summit concept he tried out this month in London, bringing together dozens of journalists and influencers for a full day of presentations, workshops, and interviews. “At Basel, how much time do I get to spend with someone? Five seconds? Here we were able to give you in an hour a 360-degree view of what is going on.”

And the summit provided a close-up look at new collections introduced in the land, air, and sea categories. The Premier Collection was designed to offer elegance on land, harkening back to the first Premier watches from the 1940s. The star of this new iteration is the Premier B01 Chronograph 42 model with its Caliber 01 complication developed in-house. The watch comes with a dark blue or silver dial with a choice of alligator, nubuck or stainless steel strap. 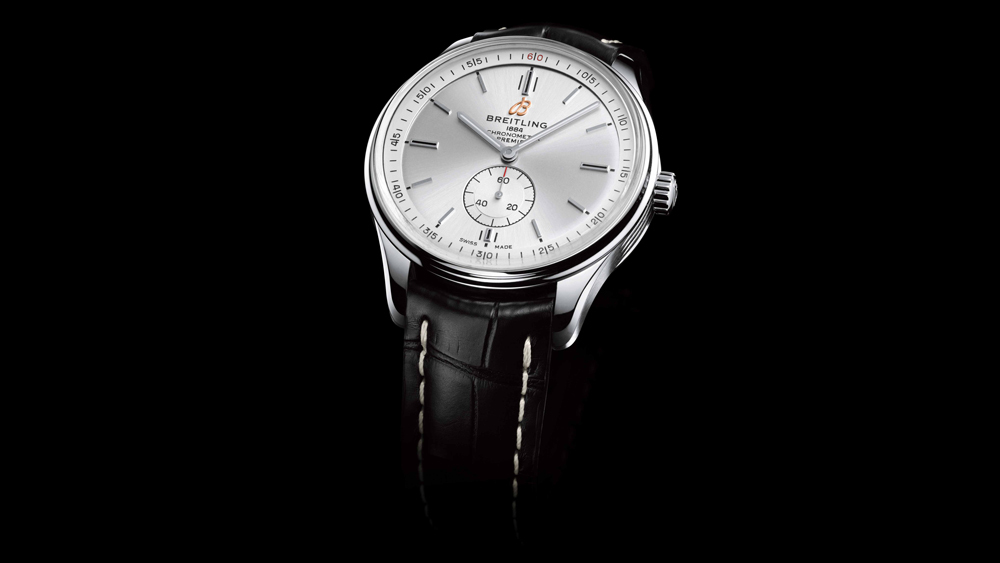 Another Premier model is the B01 Chronograph 42 Bentley British Racing Green, marking the 15-year partnership between the two luxury brands. Its handsome British racing green dial comes with a matching leather strap or stainless steel bracelet.

The new partnership with the sustainable clothing company Outerknown inspired the Superocean Heritage II Chronograph 44 Outerknown watch. The strap is ECONYL ® made of recycled fishing nets harvested from the bottom of the sea.

And, for the air-borne, there’s the Navitimer 1 BO3 Rattrapante 45 Boutique Edition. This limited-edition of 250 features Breitling’s two-patented-protected split-second movement, markers coated with Super-LumiNova ® for all-conditions legibility, and the circular slide rule for making aviation calculations that made the original Navitimer, launched in 1952, such an icon.

Kern’s ambitious turnaround appears to be working. Breitling is enjoying “double digit growth,” Kern said, based on his multi-faceted strategy, and on what can best be described as chemistry. “It’s like cooking,” the exhausted CEO said, sitting back at the end of the summit’s long day. Each chef might have the same ingredients, but “some plates come out good, and some come out bad. You have to have the right mix. It’s intuitive.” And judging by his track record in the watch industry, he has just the right recipe.