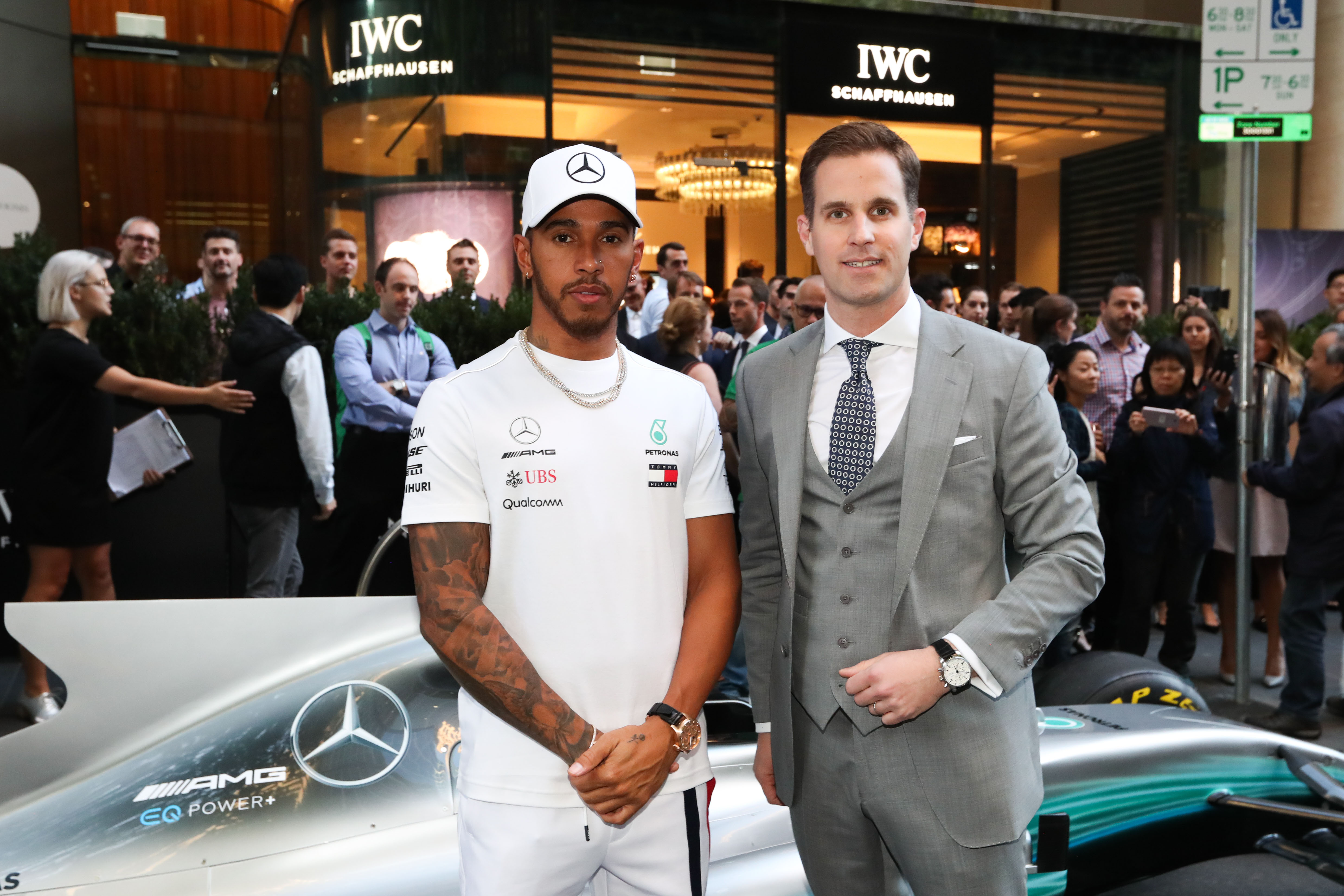 IWC Schaffhausen boutique store in Melbourne presents a striking showcase of watches at the official opening.

For a brand that enjoys such a high-profile, especially on Australian F1 Grand Prix weekend, it’s hard to believe that IWC Schaffhausen has only just opened its first stand-alone boutique in Australia.

Situated in the watch-watchers’ paradise of Collins Street (no. 360), the strikingly styled outlet features dark timber and metallic accents inside and out.

IWC Schaffhausen CEO Christoph Grainger-Herr, also in town for the boutique’s opening and the GP, was able to present Hamilton with his “championship watch” from last year: a rose gold IWC Big Pilot Perpetual Calendar in pink gold.

Asked whether he had a big collection of watches, Hamilton winked: “Not big enough …”

The Mercedes F1 team, of which IWC is a partner, will this year field Hamilton and teammate Valtteri Bottas in W09 cars, an evolution of the machine that took the pairing to first and third, respectively, in the 2017 championship chase.

While the Mercedes F1 cars will be proudly wearing IWC Schaffhausen logos, their drivers won’t be wearing their watches, as Hamilton explained: “Weight is the thing in the car, so I take all my jewels off … My boots, socks, everything is made to be as light as possible. I have to weigh myself every single morning, and if I’m not on target, they have to start taking [electronic] sensors off the car.”