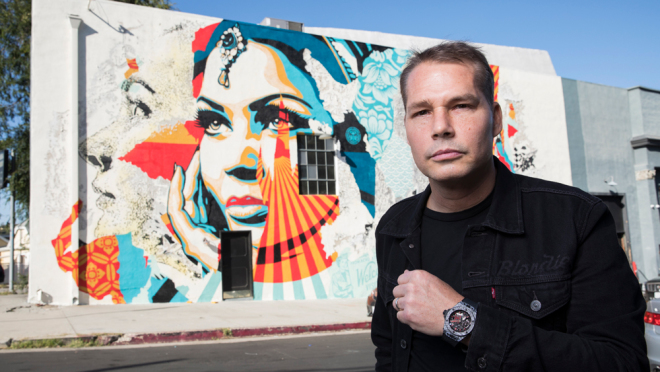 The brand’s newest ambassador has rendered his signature aesthetic on a Big Bang Meca-10 watch.

But for a new collaboration with Swiss watchmaker Hublot, he’s shrunk his oversize aesthetic down to the case and dial of a wristwatch—the Big Bang Meca-10 Shepard Fairey, a 45 mm manually wound timepiece now available in two versions (gray and blue) that feature the artist’s signature “star gear” logo at the three o’clock position.

“I like having a lot of surface area, but I also like new challenges, and the things that are inherently pleasing about a watch are things I didn’t want to minimize or obscure,” Fairey told Robb Report at a May 16 event at Los Angeles’ Mack Sennett Studios, where the partnership was unveiled. 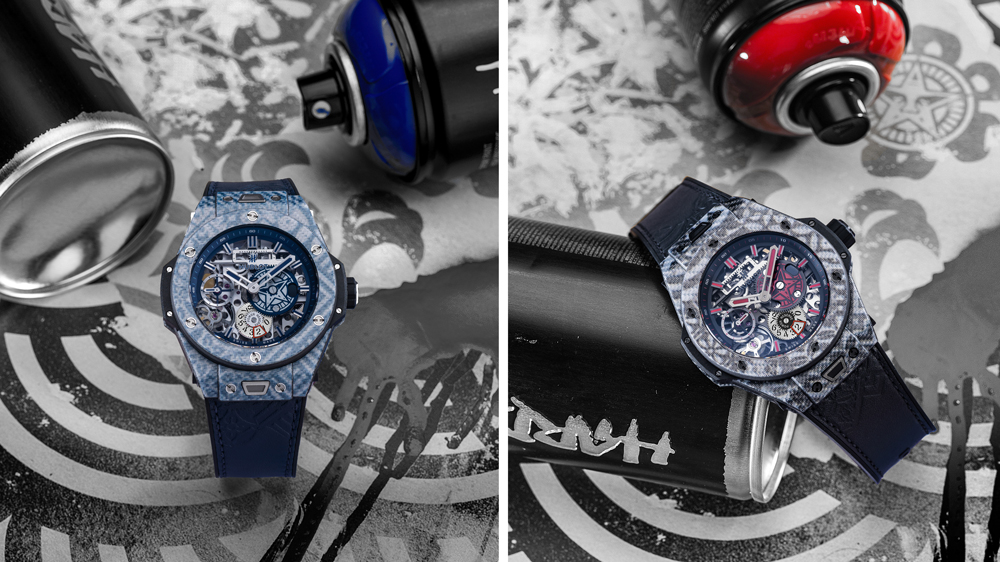 “It was really nice to be able to use my star gear icon in the actual mechanics of the watch,” he added. “I use it as a symbol of empowerment through mechanical reproduction, and to have it exist as a symbol and a functional piece of the watch—it’s a perfect marriage.”

The timepiece, which comes with a signed and numbered letterpress Shepard Fairey print, is the latest—and most prominent—addition to the watchmaker’s ongoing “Hublot Loves Art” series that began in 2014, when Brazilian pop artist Romero Britto created a football-shaped sculpture to house the brand’s 2014 FIFA World Cup Brazil watches.

“It was more of an event approach,” explained Hublot CEO Ricardo Guadalupe. “But we thought we could go a step further and do a watch linked to an artist.” 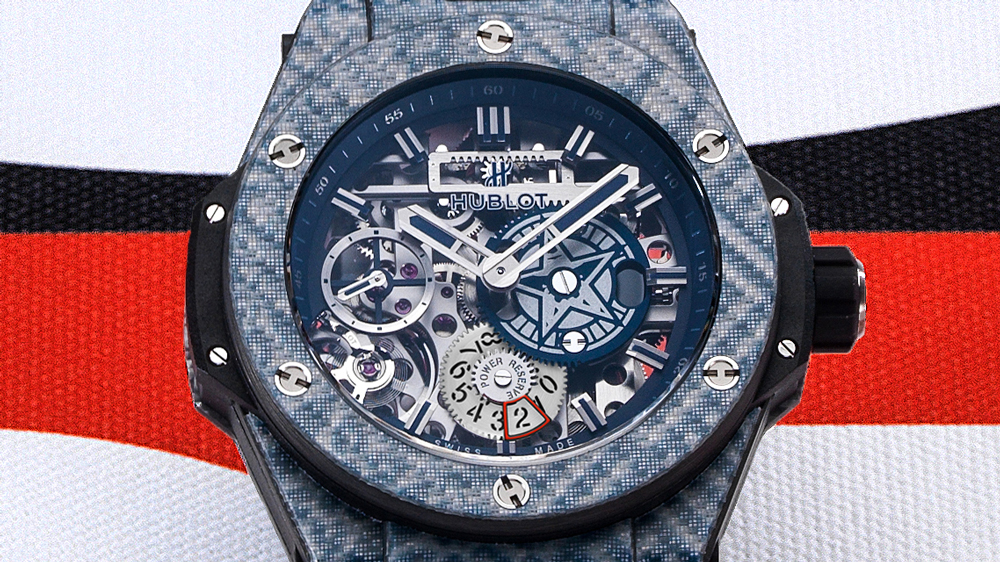 In 2016, Hublot teamed up with Swiss tattoo artist and Sang Bleu founder Maxime Büchi on a Big Bang model featuring his trademark graphics.

“At the beginning, I was really not sure of the success of a watch inspired by art—in this case, the tattoo art—but it was so different, so particular in the design point of view, that the success has been incredible,” Guadalupe said. “It was the first watch where I saw the potential of this kind of partnership.”

Hublot was introduced to Fairey through Triston Eaton, a New York–based street artist the brand worked with last year on its “Fame vs. Fortune” limited-edition art timepiece concept, in which Eaton and fellow artist Hush created two watches paying tribute to West and East Coast sensibilities.

When Hublot of America president Jean-François Sberro met Fairey, he envisioned a collaboration with the artist as a way to give Hublot’s work with street artists a worldwide stage. 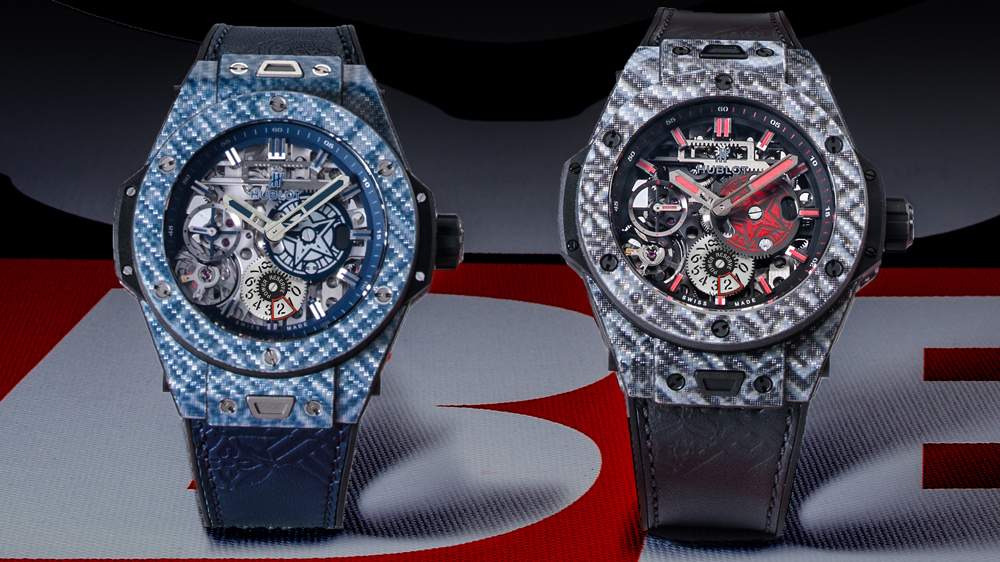 “Shepard has a huge following, and a lot of his aficionados are not necessarily watch enthusiasts, so they may come to watches through him because he’s a god in their eyes,” Sberro said, adding that the artist will be a Hublot ambassador for the next three years.

Fairey, who describes the textured tribal-patterned Texalium case of the Big Bang Meca-10 as having “an urban winter camo feel,” said he’s proud of the design because while it bears an aesthetic that’s recognizably his, it’s also “a little more subtle and a little more elegant.” 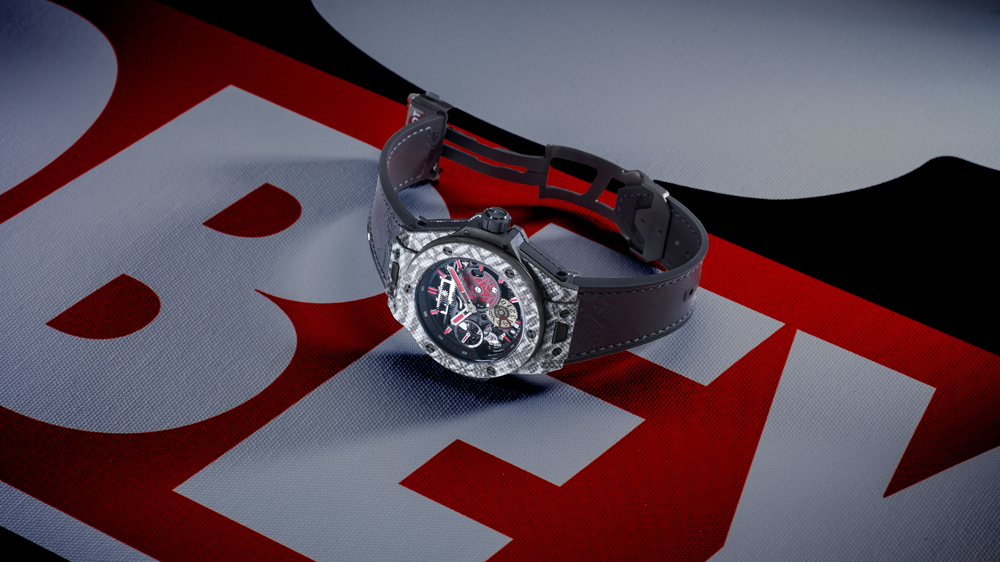 “Even though I like my art to be loud, I like my wardrobe to be pretty minimal,” he added. “You can basically find me in black and black.”

Hublot’s relationships in the art world show a preference for working with artists who come with an outsider’s perspective. “Street art corresponds quite well to the philosophy of Hublot because it’s contemporary, it’s modern, it’s disruptive,” Guadalupe added. “In street art, you have Banksy, but Banksy is difficult to find.”

Robb Report spoke with IWC’s creative director Christian Knopp on shaping the future of the brand. 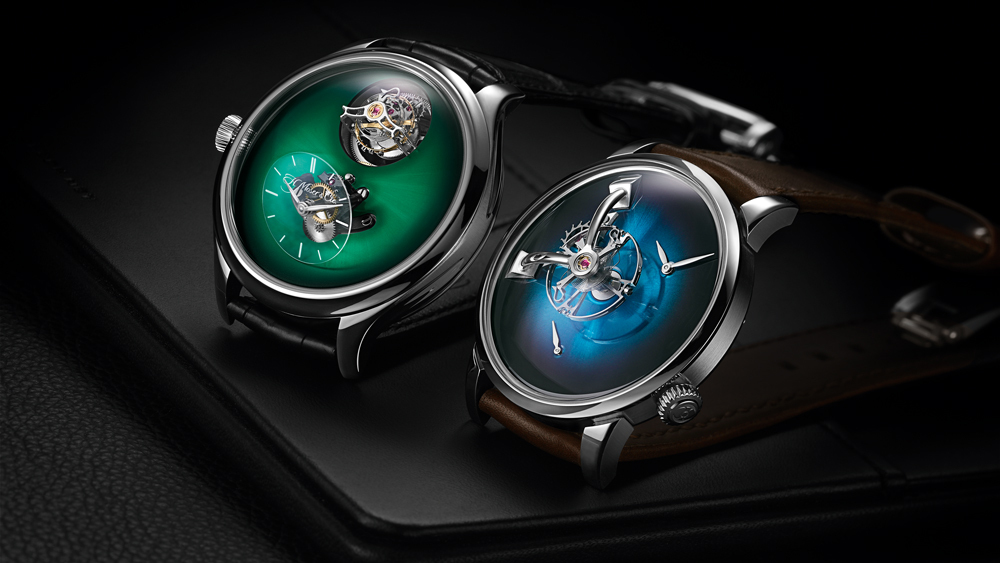 From Bulgari and Breitling to MB&F, select brands will participate in a mini trade show in the Swiss city from August 26-29.

Krayon’s New Watch Can Tell Sunrise And Sunset From Anywhere

The limited-edition newcomer marks the brand’s return as official timekeeper of the famed race series.