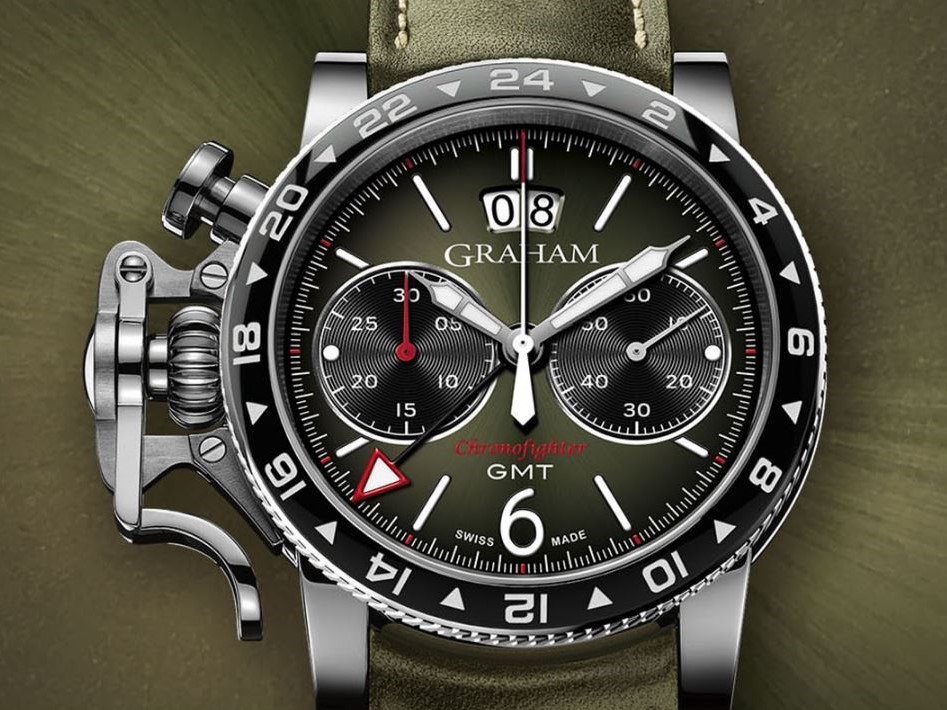 Green is the new blue when it comes to watchmaking

It’s official: Green is slowly taking over as the new “it” colour of haute horlogerie.

It’s official: Green is slowly taking over as the new “it” colour of watchmaking. Sure, we’ll keep seeing blues, greys, and of course black and white, but more brands than ever have taken a page from Panatone and applied the 2017 colour of the year to the dials (and other parts) of high-calibre timepieces in just about every category. Over the last couple of years, nearly every watch category has been hit by the trend, and whether you are a fan of divers, dress watches, or even more obscure creations from niche independent brands, you will still find something on this list that suits your fancy. Building on the successes of its past models, which garnered ample attention for their stark yet colorful fume dials, H. Moser & Cie. has also added a green hue to its repertoire with the Venturer Small Seconds XL Purity. At 43 mm, it is the largest timepiece to come out of the boutique firm thus far, though this increase in size was not executed as a means of packing in additional extraneous details. The piece speaks the same minimalist language for which the brand has become so sought, and will be powered by Moser’s HMC 327 hand-wound manufacture calibre with a three-day power reserve. Retailing for $US25,500 (about $A33,900), the new release will be limited to 50 pieces worldwide. (h-moser.com) Of the green dials we stumbled across in the halls of Baselworld last month, this Carl F. Bucherer remains one of our favourites. Measuring 42.5 mm in diameter and a relatively modest (though by no means slim) 12.54 mm thick, the Manero Power Reserve is a solid candidate for both casual and formal wear, and its 188-piece production schedule only enhances its overall appeal. The short answer? We want one, and you should too. (carl-f-bucherer.com) And now for something completely different: Last year, Audemars Piguet launched four vibrant iterations of its Royal Oak Offshore Diver chronograph, though much to our dismay, the example in “fizzy lime green” (as the company likes to call it) was relegated as a Geneva boutique exclusive and only 50 examples were produced. In a clear response to the previous year’s buzz, this latest three-hand variant in that same electric shade will be available around the globe. (audemarspiguet.com) Piaget launched a significant number of new variations of the Altiplano at SIHH this year in celebration of the model’s 60th anniversary, the most surprising of which is the green and yellow example seen here. Cased in 18-karat yellow gold, this Piaget Altiplano ($US25,200 or about $A33,500) is one of the slimmer dress watches on the market (6.36 mm), and by far the slimmest green-dialed timepiece we have come across in recent years. As with a select few other new Altiplano models, this example will be limited to 260 pieces. (piaget.com) Though only subtle hints of green appear on the skeletonized dial of the Challenge Chrono II by Eric Kuster, this limited-edition Cvstos designed in partnership with renowned Dutch interior designer Eric Kuster remains worthy of our list. A forest-green titanium case creates an understated base from which its orange indices and hands can grab the wearer’s attention, ultimately improving its legibility while offering stand-out visual appeal. While we expect that further collaborations will arise from this relationship, for now this solo release will be quite exclusive, with only 14 examples being produced. (cvstos.com) Known for her unique skull-centric case and dial combinations and brilliant attention to detail, Fiona Krüger expanded her timepiece collection in 2016 with a mid-size unisex series known as the Petit Skull (roughly $US16,425 or about $A21,830), including this green example whose dial appears even more eye-catching against its matte black PVD-coated stainless steel case. In another striking dichotomy, the watch combines traditional guilloché engraving with an otherwise avant garde timepiece design. Given these bold choices, it is understandable that the Petit Skull in green will not necessarily appeal to everyone — and that’s the whole point. (fionakrugertimepieces.com) Hitting a pair of fashion trends in a single blow — the expansion of green and the propagation of subtle variations of camouflage — last year’s Hublot Big Bang Unico Italia Independent Green Camo quickly made it onto our list of favorites from Basel in 2016. The colorful material used in its case is known as Texalium, which adds a layer of fine colored aluminum thread into the woven carbon fibre, giving each case a bright and iridescent finish that cannot be achieved with standard carbon. (hublot.com) As part of the ongoing expansion of Jaeger-LeCoultre’s Atelier Reverso bespoke division, the latest batch of custom-dial offerings unveiled this past week included the piece seen above — aptly named Military Marble Green. Though many shades of green have been making the rounds, this textured marble is far from common, adding to the cachet and exclusivity of the Atelier Reverso Range. (jaeger-lecoultre.com) Graham is one of many brands that has been scaling back its case sizes over the last few years, and at 44 mm, the new Graham Chronofighter Vintage GMT is extremely wearable, not to mention one of the more legible pieces to make the cut. Its complications include a 30-minute chronograph, a large date indication at 12 o’clock, and a bright red GMT hand paired with a ceramic unidirectional rotating 24-hour bezel. Not a historical reference of any kind, mind you, but the Vintage chrono certainly gives a nod to a bygone era of watchmaking, right down to the very mil-spec shade of olive drab green used for its dial and strap. (graham1695.com) The previous two years have seen the subtle expansion of the Clerc Hydroscaph model range, though for 2017 this latest addition is anything but subtle. The Green Envy now holds the title of the most in-your-face timepiece of the Hydroscaph collection. It is a chunky, architecturally structured 500-meter diving chronograph with broad cantilevered pushers, articulating lugs, and a locking bezel all designed for added functionality and security while under water. That said, it’s still a solid statement piece if you intend to stick to land-based activities. (clercwatches.com) Dior’s high-jewellery timepieces are often breathtaking, and its focus on tackling old-world techniques with unconventional materials is a real treat. Originally unveiled in 2012, the VIII Grand Bal Pièce Unique Envol No.7 is a unique, more-recent addition to the series and uses the iridescent wings of the green scarab beetle in marquetry on its dial, which is then partially covered by the gold and cutout mother-of-pearl rotor that powers its automatic movement. Of the shades of green we have seen recently, this one still tops the charts hands-down. (dior.com)