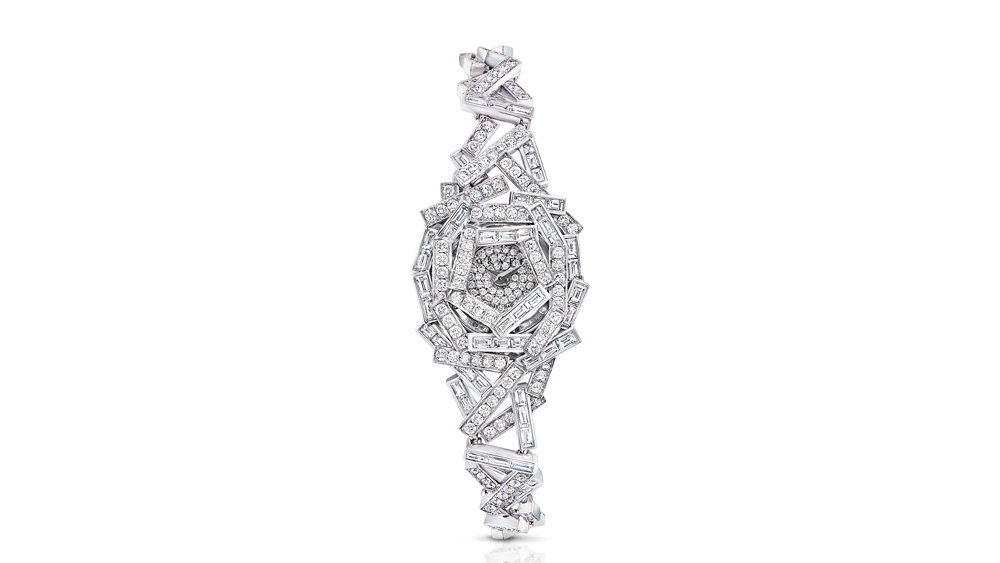 Here’s why you’ll want to get your hands on the stunning new one-of-a-kind piece.

Given 5.85 carats of diamonds to play with, most watch companies would line them up perfectly along the bezel, cover the dial and set them in rows on the bracelet links. Not Graff. Founded in 1960 as a jewellery company, Graff is no stranger to diamonds or to the tricks of the jeweller’s bench, and it operates at a level of creativity far above most watch companies. As a shareholder in diamond mines in Africa, as well as a controlling interest in the South African Diamond Corporation, Graff is completely immersed in the world of diamonds, and well-versed in the art of transforming gems into works of art. Graff opened a watchmaking division in 2008, specialising in high complications and jewellery watches, for which it custom-cuts diamonds from the rough. 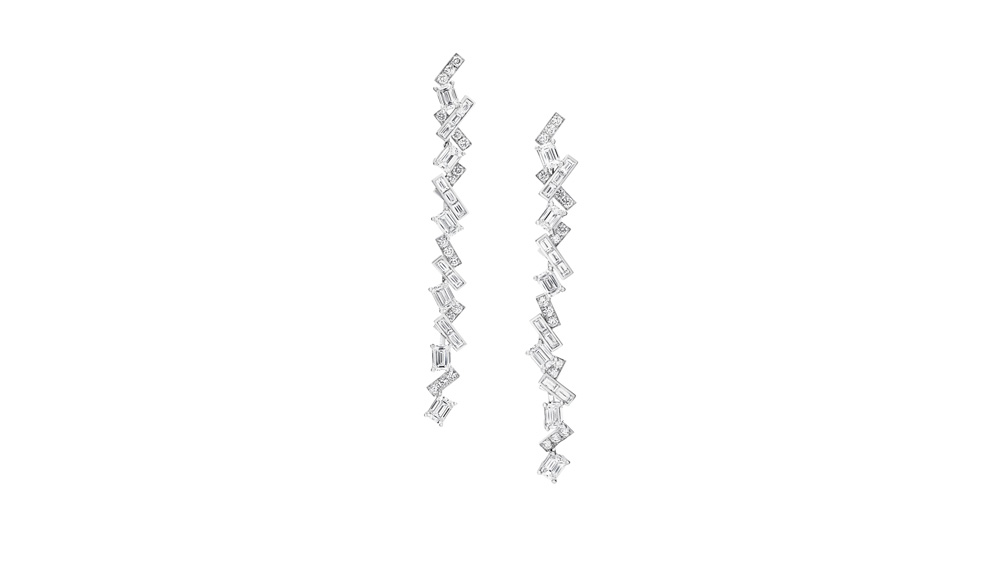 The Threads diamond watch is part of the Threads jewellery collection of pieces designed to look as if they were woven together in a latticework of gold set with diamonds that resemble random threads. Every stitch is linked to the next and set with a combination of custom cut baguette and round brilliant diamonds, some of them fancy yellow in colour. Aside from the unusual construction, there is also a symbolic meaning behind the design. According to Anne-Eva Geffroy, design director at Graff, Threads “is inspired by the increasingly connected nature of modern society.” The collection consists of line bracelets, drop earrings, rings and necklaces in the same abstract composition, with diamonds set at different angles. “Each piece in the Threads collection rests like a diamond lattice upon the skin,” she says. “The sleek lines of the custom cut diamonds accentuate the graphic silhouette of the jewels and timepiece.” 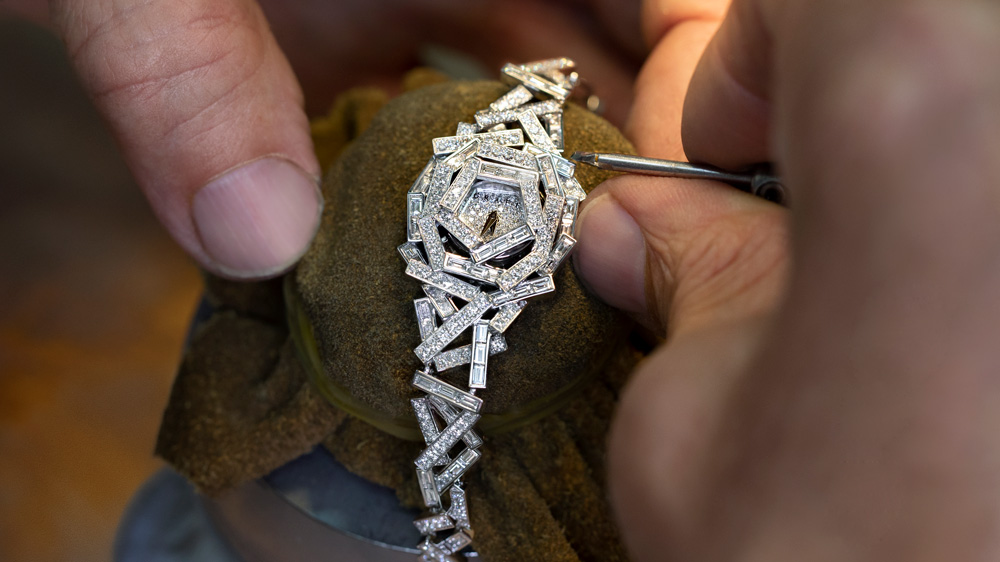 The Threads watch features several layers of relief, creating depth and sparkle as the diamonds throw off light from several different angles. The pentagon-shaped dial fuses seamlessly into the bracelet. The movement is quartz, and like most Graff jewellery watches, the watch is a unique piece ( around $206,000).

Founded by Laurence Graff in 1960, Graff Diamonds is a family business with Francois Graff as CEO and two other family members directing design, merchandising and production. Based in the UK, it has almost 60 stores worldwide. Some of the diamonds it has discovered, cut and/or polished include the 1109-carat Lesedi La Rona, the 118.88-carat Graff Venus, the 603-carat Lesotho Promise, the 118-carat Delaire Sunrise, the 31.06-carat Wittelsbach-Graff, the 24.78-carat Graff Pink and the 132.55-carat Golden Empress.

The Lange 1 Time Zone gets a timely update.

The Swiss jeweller and watchmaker has a new home in Sydney.

Femtosecond laser technology was used to create a design that’s just a few tenths of a micron deep.

The Fifty Fathom’s Bathyscape gets a sleek update.

The First-Ever Patek Philippe NFT Is Headed To Auction

The digital replica of the iconic Nautilus reference offers the chance to buy shares in a physical version of the watch.

The limited series of high complications marks the 1996 opening of Chopard’s watch manufacture.