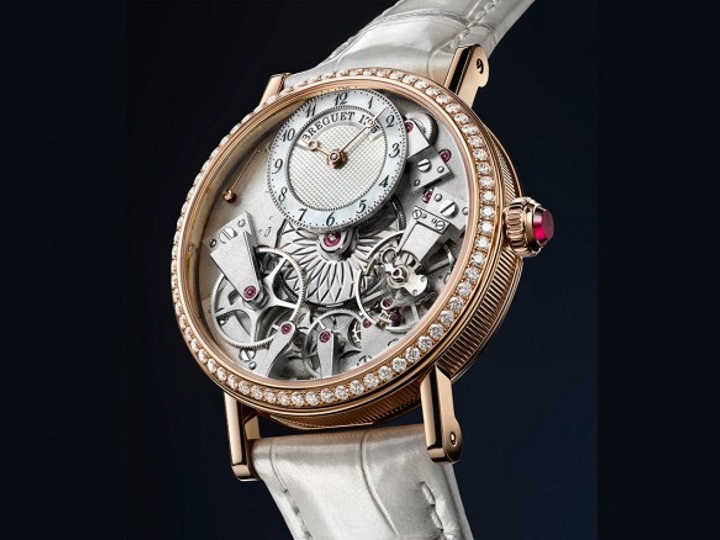 Four of the best women’s watches on display at Baselworld

A handful of standout new releases includes impressive pieces that may just be the best new women’s watches of 2017.

The Baselworld watch and jewellery fair is underway, and the women's watch category has seen a handful of standout new releases. Chanel and Patek Philippe have both unveiled particularly impressive pieces that may just be the best new women's watches of 2017 (although there is still plenty more to come).

We have seen a remarkable boom in the women's watch market lately, and it would appear as though the age of the oversize "boyfriend watch" is slowly grinding to a halt. And while creating complicated wristwatches for women involves additional horological challenges, as smaller cases leave less room for the movements they house, it seems consumers are developing an appreciation for women's watches that are more than simple time-only pieces adorned with diamond-set bezels.

The Première Camélia Skeleton, launched to celebrate the 30th anniversary of Chanel's original Première watch, is the company's second true crack at a high-level in-house movement.

Its skeletonised calibre, aptly named Calibre 2, boasts a thoughtfully executed skeletonised mainplate and bridges designed as a graphic representation of a camellia flower. The manually wound movement comprises a modest 107 components, beats away at 28,000 vph, and offers a power reserve of 48 hours.

It will be offered in three variants, starting from $US118,800 (about $A155,830), ranging from a minimally adorned example with a diamond-set bezel to a model equipped with an 18-karat white-gold bracelet set with 282 baguette-cut diamonds (the timepiece has a total diamond weight of 22.66 carats).

Only 12 examples of this particular model will be made available for sale. (chanel.com) Though not the first time Patek Philippe has offered a World Time women's watch, this latest example garners attention for the addition of a hand-engraved guilloche dial centre.

Guilloche dials take a particularly high level of expertise and attention to detail to execute properly, and given the scarcity of these talented craftsmen, there is a reason we do not see the technique pervade the watch industry. ( patek.com) Jaquet Droz opted to adapt the unisex Grande Seconde Tourbillon into something distinctly feminine. Combining mother-of-pearl with a red-gold case and contrasting blued hands (and of course a diamond-set bezel), the brand effectively turned the understated piece into something properly attention-grabbing in the most appropriate way.

As with past examples, it is powered by a self-winding tourbillon with a seven-day power reserve, though this model, $US113,500 (about $A148,870) will be limited to only 88 pieces. (jaquet-droz.com) While the Breguet Tradition Dame in white gold caught our attention at Basel last year, the striking new version in rose gold showcased this year is a clear example in which a simple change in materials makes all the difference.

Details like its hand-engraved rosette on the barrel, sandblasted mainplate and bridges, and silicon balance spring remain intact, but its dial now appears in natural white mother-of-pearl with engine-turned _clou de Paris_ hobnailing.

Priced at $US38,100 (about $A49,970), this new release is an elegant example of modern haute horlogerie executed with traditional flair. (breguet.com)