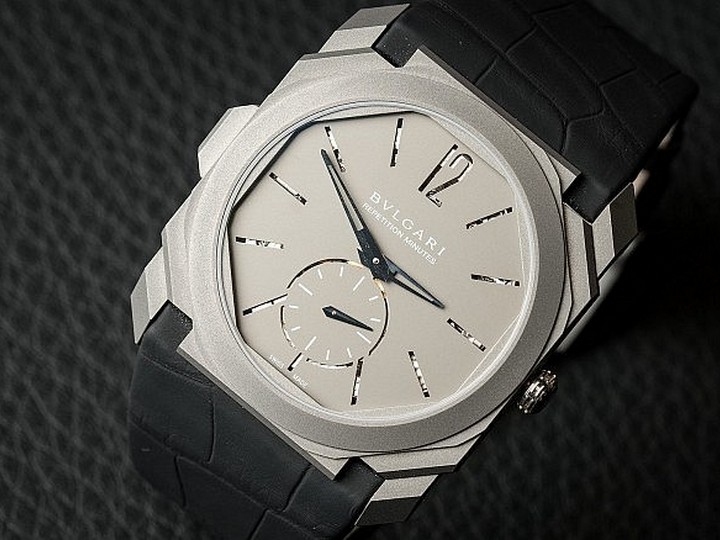 Five of the thinnest watches on the market

Ever since the mid-2000s watchmakers, have done battle to achieve record-breaking slimness. These are some of the thinnest.

“You can never be too rich or too thin.”

Wallis Simpson, the Duchess of Windsor, wasn’t referring to fine watchmaking when she uttered her famous quote, but she may as well have been. Ever since the financial crisis of 2008 stoked desire for classic, understated timepieces, watchmakers have done battle to achieve record-breaking slimness. As a result, the category is now bursting with slender styles equipped with wafer-thin movements. Here, we survey the five thinnest watches on the market, whose complicated mechanisms make clear that a wristwatch with a low profile can still pack a powerful punch.

Neither entirely a movement nor exactly a case – or rather both at once — Piaget’s Altiplano 38mm 900P is the world’s thinnest mechanical watch. Merging the hand-wound calibre with the case elements, it is designed as a single entity in order to achieve record-breaking slenderness at just 3.65mm thin. Representing a crowning achievement in over half a century of virtuoso skills displayed in the realm of ultra-thin watchmaking, where Piaget reigns supreme, the new watch conveys the excellence of the two integrated Manufactures run by the Maison. The skills of the watchmakers, case constructors and designers converge in giving life to this masterpiece of reliability and precision.

A year after introducing the Altiplano 900P, Piaget debuted the Piaget Altiplano Chronograph 41mm timepiece, shown here in 18k rose gold on a brown alligator strap. In keeping with the watchmaker’s impressive history of making ultrathin movements, the model boasts a total thickness of 8.24mm, with a hand-wound flyback chronograph movement (calibre 883P) that measures just 4.65mm. But don’t let the model’s slender dimensions fool you: in addition to a flyback chronograph function, the movement includes a small seconds and dual time-zone display.

Who says old dogs can’t learn new tricks? Founded in Geneva in 1755, Vacheron Constantin is the oldest watchmaker in continuous operation. In 2015, in honor of its 260th anniversary year, the firm created the Harmony collection of cushion-shaped timepieces, including the Harmony Ultra-Thin Grande Complication Chronograph, whose in-house Geneva Hallmark–certified movement stands a mere 5.2mm tall. The limited-edition model comes in an 8.4mm thick platinum case and is the thinnest mono-pusher, split-seconds chronograph on the market today.

In April 2014, Bulgari debuted the Bulgari Octo Finissimo Tourbillon, a flying tourbillon model whose extra-thin, manual-winding manufacture movement stands just 1.95mm tall (thinner than a Swiss 5-franc coin!). Earlier this year, the watchmaker upped the ante when it rolled out its new Ultranero range of watches with black DLC coatings, including the Octo Finissimo Tourbillon Ultranero; its stealthy exterior — a 40 mm black DLC-coated titanium case that tops out at 5mm — conceals BVL Calibre 268, the thinnest tourbillon movement in the world.

At the Baselworld fair in March 2017, Bulgari held a press conference to announce that it had once again broken a record with the new Octo Finissimo Minute Repeater, which now holds the title of world’s thinnest minute repeater. With a movement measuring 3.12mm and a case totalling 6.85mm, the model — available in a limited edition of 50 pieces — is a feat of mechanical engineering in a stunningly slim titanium case.