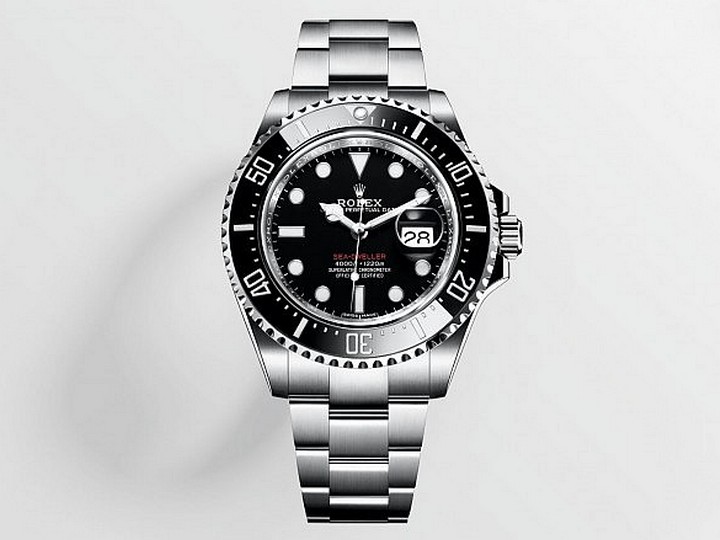 Deep-diving into the history of the Rolex Sea-Dweller

As with all great Rolex sport models, the history of Sea-Dweller is long and incredibly convoluted.

As with all great Rolex sport models, the history of Sea-Dweller is long and incredibly convoluted. The first Rolex Sea-Dweller, ref 1665, was released in 1967 with two lines of red text across its dial, a design element that gave rise to its Double-Red nickname. In terms of desirability, Double-Red Sea-Dwellers are roughly equivalent to Paul Newman Daytonas.

Even more desirable are the early prototypes with a single line of red text on the dial, dubbed the Single-Red. Produced in tiny quantities, these Rolex Sea-Dwellers never received a commercial release, and as such, command astronomical prices when they show up at auctions.

The Single- and Double-Red were supplanted by the Great White in the late 1970s, so called because the red text was replaced by all-white script, setting a trend that would continue for some 40 years.

Great White Sea-Dwellers, aside from the aforementioned change in dial design, are essentially unchanged over Double-Red models, though that was to change in the early 1980s with ref 16660, better known as the Triple-Six.

The Triple-Six ushered the Rolex Sea-Dweller into modernity, with a flat sapphire crystal replacing domed acrylic, a 28,800Hz movement, quick-set date, a 1,219m depth rating and a beefier case with an improved helium escape valve.

Its successor, the ref 16600, introduced in the late 1980s, was in the line-up until 2009 when the Rolex Sea-Dweller was discontinued and replaced by Deepsea. The Rolex Sea-Dweller returned in 2014 with the ref 116600, now sporting a marginally slimmer case and Cerachrom bezel.

Ref 126600 is quite possibly the most ambitious Rolex Sea-Dweller yet, fitting since it’s the model’s 50th birthday this year. Its case swells to an almighty 43mm (just one millimeter shy of Deepsea), its bracelet is wider, the dial has been reworked to pay tribute to the Single-Red and it has a Cyclops date magnifier.

A notable absence is the Oysterflex rubber strap, but as people are talking about the Rolex Sea-Dweller again, that might well be the most fitting present it could possibly receive.